The history of the Russian martial arts school 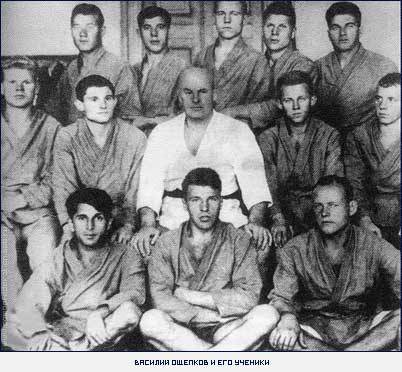 One of the founders of the Russian school of martial arts is considered Vasily Sergeevich Oschepkov. It was this man who took the first steps to popularize judo in Russia, and was also one of the ideologues of creating the most famous Russian type of martial arts - Sambo.

By the way, not one of the martial arts types popular at that time was distributed in Russia, just as there was no Russian style. Therefore, the arrival of Oschepkov to Russia in 1914 году from Japan, where he studied judo from the famous master Jigoro Kano, came in handy. After just a couple of months after his arrival, Oshchepkov opens a judo school in Vladivostok. In the same place in Vladivostok, in 1917, the first international judo tournament takes place, in which Oschepkova students and students from Japan take part. Perhaps it was during this tournament that Oschepkov decided to return to Japan again, only this time not with the purpose of studying martial arts, but with the purpose of spying for the Country of Soviets. Formally, he was recruited by Kolchak and worked as a translator in the Japanese Directorate of military field communications, but in fact was an employee of Soviet intelligence and was one of the most useful agents operating in the Land of the Rising Sun. 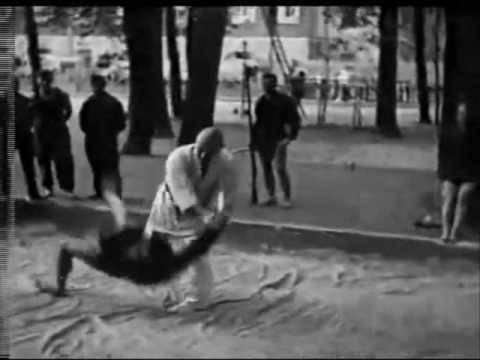 In 1927, Oschepkov returns to Russia again and already in Novosibirsk he organizes a circle on the study of self-defense skills for the staff of the headquarters of the Siberian Military District. Naturally, the original coach and talented organizer could not help but notice in the capital. In the same year, he was transferred to Moscow, where he began conducting two-month judo courses at the Central House of the Red Army (CDKA). At the same time, Oshchepkov, for the first time in the USSR, is releasing methodic manuals “Manual of the Red Army Physical Training” and “Physical Exercises of the Red Army” Much of what is indicated in these manuals is used to train the skills of hand-to-hand combat, in the Russian army and the police to this day.

At the beginning of the 30-s, Oschepkov began to teach martial arts at the Moscow Institute of Physical Education, as well as at the Aviakhim Sports Palace. However, in connection with the health difficulties that have arisen, in 1935, he gives the section in Aviakhim to his most talented student, Anatoly Kharlampiev. Oschepkov seemed to have a premonition that he had not much time and was right. In October 1937, he was arrested on the absurd charges of spying for Japan and died just a few days after his arrest in a cell from a heart attack.

A year after Oschepkov's death, Kharlampiev, on the basis of his methods, creates a “freestyle fight”, which in the future will turn into the well-known Sambo. And although Kharlampiev is officially considered the founder of Sambo, it should be noted that Oschepkov’s merits are no less. Underlining the contribution that Oschepkov made to the popularization of martial arts in Russia and the creation of Sambo, annual tournaments are held in his name.