Is the Korean incident an attempt by the US to provoke China? 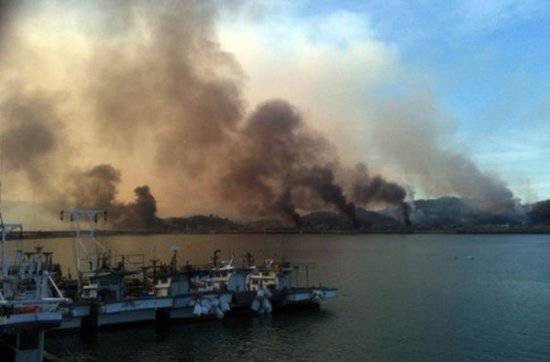 On Tuesday 23 November 2010, the South Korean military opened artillery fire, shells from which fell into the disputed waters near North Korea. South Korea does not deny that it was the first to open fire, but claims that the shelling was conducted on a territory far from the North (Korea). S. Korea has already warned South that they will view this as a direct provocation, followed immediately by a response.

When taking into account the thousands of miles of borders in South Korea, it is quite reasonable to ask why South Korea chose the direction of shelling in the direction of S. Korea and in the disputed waters that are so close to the North. One should also ask why Yu. Korea did it just a few days before major military exercises with the United States, in which the strike group of the aircraft carrier George Washington of the US Navy would also take part.

Although the exercise was scheduled long before the incident on Tuesday, according to Pentagon spokesman Colonel David Lapan, the US Navy strike group left Japan, and entered South Korea’s waters for military maneuvers before President Obama and his counterpart, South Korean President Lee Myung-bak discussed the incident. Washington Post filed history so that Obama sent a shock group to South Korea as a response to the incident. Pomfret writes from the Washington Post:

The Obama administration announced that the decision to send the aircraft carrier George Washington is a step designed to demonstrate US support for South Korea.

It is clear that the fire from the South Korean side so close to North is a deliberate attempt to provoke a serious incident. It is also obvious that the whole charade of the crisis from the spontaneous events that incited S. Korea was actually invented by the USA and South Korea in order to point the finger at the culprit - S. Korea, which provokes an escalation of the crisis. The presence of a carrier strike group is an additional provocation.

So what is the purpose of this provocation?

At best, this may be just a trick for China to become less supportive of S. Korea, and an attempt to add pressure on the North Korean regime. In this case, this is just another provocation, designed to implement the dual goals of America, which it is inclined to do from time to time, and thus distract from other problems that the United States has.

Or maybe everything is much more serious, and potentially more dangerous for the region, and for the whole world?

The United States was very upset by China’s refusal to submit to US demands to overestimate the yuan in favor of the US dollar. Also, the United States is very worried about the growing role of China as a world power in the economic, political and military aspect. Unlike the United States, China does not spend so much time shaking its sword in search of resources around the world. Instead, China simply sends its representatives to the country where there are resources that interest China, and they agree. That's how simple it is.

The Chinese quietly make huge deals with countries around the world, particularly in resource-rich and so far deprived of attention Africa, where their presence is very clearly visible in the work of infrastructure projects and the exchange of resources. It is also very frustrating for Americans, who see how their influence is being usurped by the Chinese.

The attempt to indirectly pressure China through China. Korea is an attempt by the United States to restore its status and hegemony.

For the future of the whole world, China must be wise enough to allow the bully boy to still consider himself number one on the world stage. But the world now thinks differently, after the fiasco in Iraq and Afghanistan, and every day shows how much power America really has and who really is a powerful player in today's world.

America must think hard about who it provokes.