"Glazyevtsy" against "Kudrintsev": the battle for the right to manage the budget 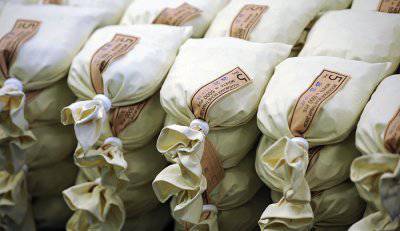 The less time left before the change in the top of the Central Bank of the Russian Federation, the more heated the degree of disputes in the Russian economic, and not only economic, environment. The reason here is not just the replacement of Sergey Ignatiev with another head of the Central Bank, but the possible replacement of the economic course of the Bank of Russia. The fact is that Sergei Ignatiev is a classic example of a conservative (many people call it Kudrino) economy, which is based on the following principle: let the financial system in Russia is not the most ideal, but you don’t need to change it, because it can fall down at all. Although the cow is sick, she doesn’t need to be treated, because she can die from treatment ... It is on this basic platform that not only the Central Bank has been working for the last 11 years, but also such a segment of the Russian government as the Ministry of Finance. In order to keep the dogmas of the Central Bank unshakable, the conservative lobby promotes the right people to the post of head of the Bank of Russia, among whom the persona of Alexei Kudrin and Alexei Ulyukayev stands out. The very fact of the appointment of one of these people as head of the Central Bank will mean that, in economic terms, there will be no significant changes in the country. The sluggish process will continue, based on investments in the foreign banking system, which is supposedly capable of attracting crowds of new investors to the Russian Federation. However, for 11 years of managing the Central Bank, Mr. Ignatiev, the endless stream of foreign investors in Russia for some reason has not been fixed, and therefore one can hardly expect this flow after being appointed to the post, for example, Alexei Kudrin.


True, in addition to Kudrin, Ulyukaev and other respected gentlemen who adhere to the concept “nothing needs to be changed in the economy - we are satisfied with everything,” there are other candidates for the post of head of the Bank of Russia. Among those are the well-known Russian economist Sergey Glazyev, who has been working as an adviser to the President of the Russian Federation since July last year. At one time, Glazyev drew Vladimir Putin’s attention to the fact that if the current economic model in Russia lasts a couple of years unchanged, then nothing good will come of it. According to Glazyev, Russia, owing to the infinite hope for the US dollar, may find itself in a new crisis funnel, which will pull all manufacturing industries without exception. His main message is that the Russian economy has long been in need of a quality recovery, one manifestation of which may be the support of domestic producers, and not speculation with foreign currencies that is meaningless for the vast majority of citizens.

Obviously, the position of Sergei Glazyev for the modern elite of both the Central Bank and the Ministry of Finance looks revolutionary. After all, in essence, the presidential adviser proposes to start up, finally, the money supply in the real sector of the Russian economy, and not to look for happiness in foreign financial markets. And this for today's Central Bank is like a knife ...

That is why the correspondence struggle between the "Glazyevtsy" and "Kudryntsy" is planned. The former believe that money should work within the country and for the country, the latter are confident that this is populism, and that it is necessary to continue to trust foreign partners: they say, to somehow protect future generations from economic shocks.

True, why go so far and think about future generations, when current generations had time to feel how foreign investments of the state “helped” during the economic crisis of 2008-10. After US financial companies began to experience difficulties, the demand for oil fell, the level of development of the manufacturing sector declined, the ruble sank considerably, demonstrating that it was a raft of flesh - a dollar brainchild raised by economists 90's and 2000's.
The confrontation between the ideas of “Glazyevtsev” and “Kudrintsev” extends not only to the Central Bank, but also to the Ministry of Finance in terms of the distribution of funds of the so-called Stabilization Fund, which was established in 2004 year.

We will try to reveal the essence of this confrontation. Let's start with the processes that took place in relation to the Stabilization Fund of the Russian Federation. So, at the moment, the Stabilization Fund consists of two parts, which in the total mass are about 5 trillion rubles. This rather impressive amount came up mainly due to the fact that in recent years relatively high oil prices remained. This is recognized by all economists without exception. Not from interest on investments in stocks, not from speculative operations in terms of playing on currency exchanges, and certainly not from an increase in the manufacturing sector in Russia, namely from the influx of petrodollar funds that are dead weight.

The first part of the Stabilization Fund is the Reserve Fund, the second is the National Welfare Fund. The amounts of these funds are tied to GDP and, in theory, should be controlled by the authorities. And, sort of like, they are controlled by them. Only here the main question is, and how exactly the control is carried out. In fact, the main principle of this control is the investment of Russian funds in foreign economies and hopes, built in the form: “well, at least it worked”. It seems that people who have the opportunity to touch the controls of the Stabilization Fund work under a kind of taboo: do what you want, but don’t invest in the real sector of the Russian economy. Roughly speaking, change rubles even for dollars, even for euros, even for pounds, but just don’t use these rubles to build new production facilities in Russia.

This is a dubious rule and is presented as a concern for the future of Russia. Like, whether you like it or not, let alone the dollar or, at worst, nothing will happen to the euro. But the Russian plant can still capture some raiders ... It turns out that the people responsible for the implementation of the Stabilization Fund work plans show complete uncertainty in the Russian economy and complete confidence in the economy of a certain number of foreign countries.

Moreover, the letter itself of one of the resolutions devoted to the work of the Stabilization Fund of Russia leads economists to certain reflections. According to the decree No. 229 of April 2006, the Ministry of Finance may invest in the securities of the governments of the following countries: Austria, Belgium, Finland, France, Germany, Greece, Ireland, Italy, Luxembourg, the Netherlands, Portugal, Spain, United Kingdom, United States.

If you look closely at the list of states, a strange pattern emerges that was discovered quite a long time ago but was not explained by the representatives of the Ministry of Finance. This pattern consists in following the names of states one after another in alphabetical order of the English language: Austria, Belgium, Finland, France, Germany, Greece, Ireland, Italy, Luxemburg, Netherlands, Portugal, Spain, United Kingdom, USA.

It turns out that either this is pure coincidence (an amazing coincidence), or the person who compiled this document reflects in English (that is, it is unlikely to be a person from Russia), or this document was compiled by Russians in Russia, but mainly for study by representatives of those English-speaking countries that are mentioned in the list ...

If not a coincidence, then this, as they say, will fly ... Indeed, in one and in another case the words about the focus of the work of the Stabilization Fund for the benefit of the Russians, to put it mildly, can hardly correspond to reality.

The fact that something is wrong with this RF Stabilization Fund can be judged by the information that is being disseminated by representatives of the Ministry of Finance today. The fact is that the Ministry of Finance also began to build plans for which to put a certain part of the fund’s funds into action. The Ministry of Economic Development has similar plans. But, despite the fact that both of these departments seem to be part of the same government, their plans are mutually opposed. Thus, the Ministry of Economic Development proposes to start up impressive funds for the development of the Russian real sector (building new enterprises and modernizing existing production facilities, investing in shares of Russian production companies), moreover under the state management of these investments. And the Ministry of Finance again says that this is counterproductive and can scare off foreign investors and lead to inflation risks. According to the Ministry of Finance, the Stabilization Fund money can be invested, but for this you need to create an additional company Rosfinagentstvo. They say that we will hand over trillions of this company, and let it decide for itself how best to dispose of state funds.

It turns out that the Ministry of Finance itself signs in his own helplessness in terms of managing the Stabilization Fund's financial resources. We cannot do it ourselves - we hope for smart and sober guys from Rosfinagentstva ... But who will these guys be? .. Who said that they will definitely be smart and exactly sober is time. And why did they even think that some mediators would work for the good of the citizens of the country — that’s two. Do they need it at all? ..

These same guys from Rosfinagentstva can even, excuse me, throw trillions in shares of dubious companies, get profit for themselves and their ideological inspirers and say: well, that’s what happened - stocks fell, money cried ... And do you have any other funds? ..

But if the Ministry of Finance signs in helplessness at the disposal of state funds, then in this case its head should be put on the table of the prime minister a resignation letter. We have no irreplaceable ones. Or is there? .. If Aleksey Leonidovich Kudrin will lead the Central Bank, then it turns out that there is definitely no ...

And if he takes the lead, then the direction of "development" of the Russian economy will be extremely clear. It is obvious that Kudrin himself will be supported by all those gentlemen who feel respect for the established financial system based on investments in foreign economies when they are elected to head the Central Bank or any other Kudrintsa. With such an antilobby, the eyes are unlikely to slip ... His chances that he will sit in the chair of the head of the Bank of Russia, experts estimate no higher than 1 to 10.

But if the Glazyev initiative turns out to be wiped out by the “Kudrynians”, then why did Vladimir Putin give this person the powers of an adviser? While the formula is obtained: “listen to Glazyev and do the opposite.” So what? .. Agree, a strange use of advisory initiatives ...

We are in Yandex Zen
The outgoing head of the Central Bank made a number of sensational statements.
103 comments
Information
Dear reader, to leave comments on the publication, you must to register.