Brazil intends to build a submarine 21 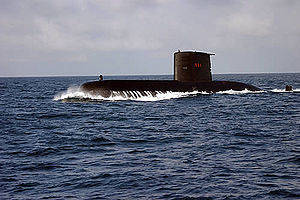 In the coming decades, Brazil intends to build and introduce 6 nuclear submarines and non-nuclear 20s (15 new, 5 repaired) into combat force, making its submarine fleet the most powerful in South America. This is reported by the Malaysian news agency Bernama, with reference to the Brazilian government.

2 billion euros for the creation of the first nuclear submarine as part of the submarine construction plan fleet for a period of thirty years already allocated. The boat will be built by DCNS in a French shipyard with Brazilian technology transfer, so its cost will be higher than the cost of other boats that will be built in Brazilian shipyards. According to the Brazilian Navy, the second and subsequent boats will cost the state about 550 million dollars.

According to a source in the Brazilian military industrial complex, in December, Brazilian President Lula da Silva will inspect the new buildings at the extended Itagui shipyard in Rio de Janeiro, the future center of the construction of submarines.

Non-nuclear boats will be built in two series on 15 and 5 boats. The four boats of the first series will be a modification of the French submarine Scorpene on 100 tons of larger displacement and on 5 meters of greater length. The second series will include repaired boats already in service with the Brazilian Navy: 4 submarines of the Tupi type - modifications of the German submarines of the 209 project - and a submarine of the Tikuna type, built by Brazil on the basis of the 209 submarine.

It is worth noting that under the previously concluded contract, France will also supply Brazil with 4 naval-type Scorpene, the first of which will be transferred to Brazil in the second half of 2016, and the rest before 2021.

According to representatives of the Brazilian Navy, the program to build a submarine fleet implies the government’s mastering the technological uranium enrichment chain. Uperium enrichment plant in Ipero, having received 130 million dollars of investment, began testing with uranium hexafluoride and after some time it will be able to produce 40 tons of enriched uranium per year.