What is the reason for the lively arms trade amid a global economic downturn? (People's Daily, China) 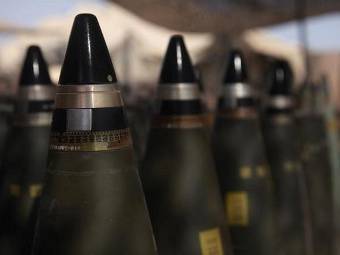 The United States recently announced that Saudi Arabia has sold advanced military equipment worth $ 60 billion, the deal has become one of the largest stories U.S.A. As two years ago, when the whole world plunged into the international financial crisis, and now, when the world economy is recovering with great difficulty, there is a revival in the world arms market. The Stockholm Institute for the Study of Peace has recently unveiled a report, according to which the growth rate of trade has accelerated lately. weapons in the world, and the greatest profits in this industry are the United States and Russia.

Arms trade is the purchase and sale of specialized goods, which is carried out through special channels. The USA, Russia, Great Britain and France, being the leading exporters, receive huge economic profits. According to the report of the Stockholm Institute for Peace Studies, the United States once again ranked first in terms of arms sales, which amounted to 38,1 billion, and Russia, thanks to high-quality and relatively inexpensive weapons, received income in the amount of 10,4 billion US dollars, taking second place.

As a military power of Europe, France is a major supplier in the international arms market. According to the 6 of October 2010 published by the French Ministry of Defense, the volume of arms sales in 2009 increased by 13%, setting a new record in the new century. Accordingly, France became the fourth largest exporter of weapons after the United States, Russia and the United Kingdom.

90% of military orders accounted for Asia

90% of military orders accounted for Asia. India is one of the main buyers in recent years. The country constantly makes orders for the purchase of advanced ships, submarines, fighters, tanks and other types of military equipment, often concludes contracts for large sums. Thus, India has become a pretty attractive country for international defense suppliers. The USA, Europe and Russia are making great efforts to conquer the Indian market. In order to receive orders, these countries do not even want to transfer some of the advanced technologies to India.

In 2010, the United States sold weapons to Taiwan, India, Kuwait, Israel, and Mexico. As for Russia, President Dmitry Medvedev will pay a visit to India in December of this year, during which negotiations will be held on the supply of weapons to India including. According to Russian media reports, during the visit of the head of state, the parties will sign an agreement on the development and development of fifth-generation fighter jets. According to the document, over the next 10 years Russia will transfer 250-300 fifth generation fighter jets and 45 military transport aircraft to India.

The Middle East is an important weapon market for which the United States and Russia are fighting. Thanks to the strengthening of positions in the region, it is possible not only to make a profit, but also to increase influence, and also to realize strategic interests. The main question is this: why is the revival in the international arms market observed in the face of reductions in the majority of countries in defense spending?

Secondly, the suppliers of weapons and military equipment pin their hopes on economic recovery through the export of weapons;

Thirdly, the world's major arms importers have been slightly affected by the international financial crisis; some regional powers intend to increase their military capabilities by purchasing advanced weapons;