Germany is returning to the arms market 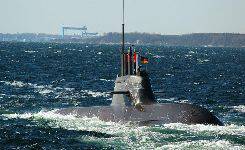 The gloomy Teutonic military-industrial genius can not be embarrassed by its reputation on the deadly machine market: the Eurofighter multifunctional combat aircraft, the Leopard main battle tank, the 214 submarine — these products, according to Der Spiegel, put Germany in third place in the world’s list of weapon export leaders . This is not enough for the government: in order to compensate industry losses from a decline in government orders, authorities can significantly weaken export controls. P.2 translates the original publication in a German magazine.

The first, according to the publication, began the French. When several years ago the French Ministry of Defense announced a plan to promote the export of military products, Germany responded to this by self-restriction in the field of arms exports, adopting an appropriate federal law in 2000, which formulated prohibitive measures for the export of anti-virus equipment. 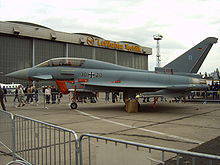 Since Der Spiegel believes, the situation has not changed. The magazine quotes from the business weekly WirtschaftsWoche, to whom a representative of the German defense industry complex complains of French competitors: “We are some kind of homicide here, and they, it turns out, are all Darthanyans!”

As stated in the conclusions of the commission on the export of German military products led by the head of the Federal Labor Agency Frank-Jürgen Weisse, the German defense industry will depend on the export of military and civilian products in the near future more than it has been until now. The commission eventually sent recommendations to Minister of Defense Karl-Theodoru zu Guttenberg to bring national legislation to European standards in terms of arms exports.

Heidemarie Vicorek-Zoil from the center-left SPD is alarmed. For eleven years, she was the federal minister for development and was part of the so-called Federal Security Council, which determines which weapons can be exported and to whom. She shared her concerns with Der Spiegel: “Those (politicians) who argue about the need to unite with EU partners, seek only to somehow circumvent the prohibitive restrictions on the export of PvP”. In her opinion, the coalition of the CDU / CSU, headed by the current Chancellor Merkel and the FDP (traditionally having very good relations with the business), aims only at one thing: export, export, and again arms export.

The coalition program in terms of the export of military products proclaims a “responsible policy in the export of armaments”, the aim of which is to harmonize the German position with the export rules and regulations of other EU countries at the highest level. ” Bureaucratic barriers must be eliminated, and all sorts of administrative formalities - simplified, mechanisms - accelerated.

Elke Hoff, head of the defense policy committee of the Free Democrats faction in the Bundestag, said that the conclusions of the commission "are so much in line with the position of the party coalition that it seems to be written off from our agreement."

Hoff does not understand why her opponents are concerned. “If we were not interested in supplying weapons to the allies of Germany, then we could eliminate the military industry immediately. But we need to save jobs. ” In general, the defense industry directly employs about 80 thousands of people, 10 thousands more are involved in one way or another from subcontractors.

German trade unions believe that in the next few years, the Ministry of Defense will try to save about 9 billion euros in purchases for the Bundeswehr. Recently, a demonstration against plans to reduce the defense budget was held in Bavaria, in which two thousand Cassidian employees (a division of EADS) took part. A spokesman for the metalworking trade union warned that a reduction could lead to the elimination of ten thousand jobs in Germany. 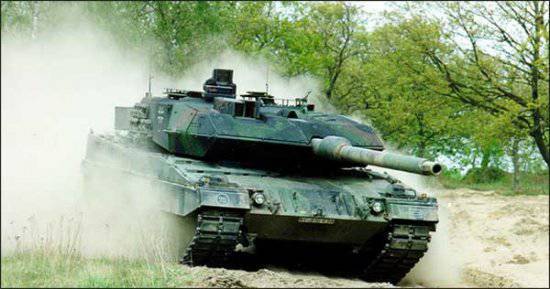 How to cut the budget and not fire people?

According to Florian Khan from the Christian Social Union, partner of Christian Democrats Merkel, “since the domestic market will shrink due to military reform, we need to increase exports. Other countries are far ahead of us. ” So, according to him, in India too little is being done to promote Eurofighter.

The current legislation in the field of military production and export is based on the principles formulated by the previous Chancellor Gerhard Schröder. They require that, with respect to military products, “the issues of employment and care for the preservation of jobs are not decisive.”

Khan believes that it is now appropriate to relax export controls. Until now, the industry has struggled to adapt to the requirements of the Federal Security Council. “Some do not even know where the Council meets. I hope the decision making process will be faster and more transparent, ”says Khan.

Weapons the lobby will be delighted with this. Many of Merkel’s cabinet proposals reproduce the requirements put forward by the German Defense and Security Alliance for export support. Among them:

- Facilitating access to export markets through support through intergovernmental agreements;

- Simplify the procedures for issuing export permits in order to accelerate entry into international competition.

Even under conditions of strict self-restraint, Germany remains the third largest exporter of weapons in the world. In the past, Germany more than once and twice went to conclude ambiguous transactions, like the delivery of Saudi Arabia's BRDM Fuchs to 1991.

In the list of arms export leaders, Germany is second only to the United States and France, ahead of Britain and France, which the German defenders are so envious of. According to the reputable SIPRI Institute, between 2005 and 2009. Germany's share of the global arms market was 11%. The main recipients of German weapons are Turkey (14%), Greece (13%) and South Africa (12%). In 2008, the German government approved arms exports worth more than 6 billion euros.

As Der Spiegel summarizes, the current export restrictions of the Schroeder times are no longer an obstacle. Vicorec-Target considers it necessary to tighten them and calls for the establishment of parliamentary control over the export of weapons. According to her, “the parliament should not just receive information about decisions already taken on arms exports”. She insists that this area should be transferred to the responsibility of the international affairs committee.

However, on this issue, she can not count on the support of the parliamentary majority.