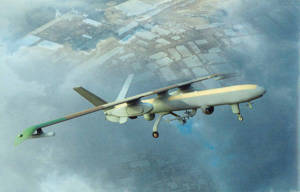 The growth of military-technical cooperation between India and Israel testifies not only to Delhi’s growing ambitions, but also Tel Aviv’s desire to become a major player in the Asian arms and military technology market. In 2008, the Jewish state, which had previously held a strong position in second place for the supply of high-tech weapons to the Indians, is believed to have overtaken Russia for the first time, taking the leadership position alone.

Cooperation between the military departments of both countries entered a new phase of rapprochement after a visit at the end of last year in Delhi by the former Chief of the General Staff of the Israel Defense Forces, Gabi Ashkenazi.

As for the high-ranking Indian military, they regularly visit Jerusalem after the establishment of diplomatic relations between these countries in 1992.

There is no doubt that the entire palette of relations between Indians and Israelis is carefully viewed from Washington. And it cannot be otherwise, for Americans almost never put on one horse. In this case, they also position themselves as friends of Pakistan, a country that has strained relations with India. And this is an understatement, if we consider that serious armed conflicts have repeatedly occurred between these two states. Recall that in 2003, Washington tried to thwart Jerusalem’s sale of Russian planes to the Indians, equipped with the Falcon system - radar long-range electronic intelligence (DRLR). This type of Israeli radar gained world fame after the Chilean army, which adopted it, unexpectedly outplayed the American maneuvers, which used a similar, but “weaker”, Avaws system. Indeed, the Falcon weatherproof system of the Falcon tracks at least sixty targets at the same time at a distance of 400 kilometers.

Washington managed, using political pressure, to delay for several years the acquisition of Delhi by Israeli radar DRLR. It is important to note that the “Falcon” turned out to be among the Indians only after joining the “game” of Russia. Moscow and Jerusalem signed an agreement with the Indians on the supply of Falcon radars mounted on Russian Il-76 radars. There was no reason for the Americans to oppose Russia in the supply of weapons to the Indian market. And now 25 May 2009, the first radar of DRLR “Falcon” arrived at the “Jamnagar” airbase (Gujarat state in western India). Later, the Indians acquired three more IL-76 aircraft equipped with Falcon radars.

By the way, the Americans managed to torpedo the sale of Israeli radar DRLR to China, motivating their position by concern for the security of Taiwan. Disrupted Washington and the delivery of the Israeli Falcons to Singapore. Therefore, the current Minister of Finance of Israel Yuval Steinitz, who held the post of chairman of the Knesset foreign affairs and defense commission for several years, directly pointed out the interest of the White House in disrupting sales of Israeli military equipment, is right. Thus, American leaders use political pressure and even blackmail to promote the interests of their defense enterprises, who themselves want to receive orders for the production of Avaks radars.

It is interesting that in Islamabad, which demonstrates the attitude of aversion towards the Jewish state as a whole, nevertheless, sober voices were heard recently that put on the agenda the question of buying a number of Israeli military technologies. However, these voices quickly silenced the forces, fearing accusations of betraying the "cause of the Palestinian people." Interestingly, Pakistan, nevertheless realizing the urgent need to acquire DRLR radars, bought these devices not from the United States, but from Sweden.

India, on the other hand, considers it necessary to strengthen the “momentum” of cooperation with the Jewish state for several reasons. Firstly, in this way Delhi dramatically increases the power of its armed forces precisely through the purchase of first-class Israeli military technology and weapons. Secondly, the Indians, demonstrating to their American Jewish organizations their friendly attitude towards Israel, hope that, as a response, these organizations identify with the Indian lobby in the United States.

India openly declares its ambitions to rise to the level of a powerful naval power. At the same time, Delhi is aware of the role that Americans and Israelis play in meeting these ambitions. The Indians have already signed a contract with the Israeli Aerospace Industry company to receive unmanned aerial vehicles (UAVs) of the Harop type, capable of functioning as cruise missiles. In the year 2011 will begin their delivery. Harop UAV has a set of sensors that provide it with a circular view in space.

This type of "drone" is suitable for both large-scale military operations, and to fight terrorists. The Indian military also bought rockets from the Israelis, capable of “hovering” for some time in the air before attacking the target. It is important to note that such missiles have switch systems that can cancel an attack or choose a different target.

"Hanging" missiles are designed to destroy radar installations. When radar is detected, such missiles homing at them, and then turn into projectiles. In August, Delhi acquired from Jerusalem for 2008 million 430 short-range anti-aircraft missile systems (ZRK) Spyder from Jerusalem. It is planned to replace these complexes by the Soviet-made Pechora (C-18), Osa-AKM, Strela-125M with these complexes. With 10, India will begin deliveries of Barak-2017, the Israeli air defense system. These systems are capable of hitting any “approaching” targets, including reconnaissance drones.

The Indians are raising their Navy equipment with an eye on not only Pakistan, but also China. Beijing's military budget increases by about 11,5% per year. Delhi expenses grow by about 12% per year. It is impossible to disregard the fact that India, China and Pakistan are nuclear-rocket and space powers, constantly increasing their potential in these areas. In fact, these three states have long been competing with each other, trying to become the sole masters of the Indian Ocean. According to Admiral Madwendra Singh, commander of the Indian Navy, the Indian Navy will remain at the third level in the 21st century if it does not receive three aircraft carriers, more than 20 frigates, 20 destroyers with helicopters attached to them, corvettes and anti-submarine ships.

Delhi pays special attention to the role of submarine-launched missile launchers, including nuclear warheads. Apparently, the Indians have already installed two aerial radar stations purchased from Jerusalem on aerostats. These stations, for which 600 million dollars were paid, make it possible to monitor the situation within a radius of 500 km from the coast. In the modern arms market, buyers are set the tone. It is clear that Moscow does not want to give the huge Indian arms market into the wrong hands. India bought from Russia several submarines of the type “Shark” and “Amur”. It is interesting that, having purchased far from modern aircraft carrier Admiral Gorshkov from Moscow, Delhi planned to build an aircraft carrier and an air defense ship of its own production. The reasons for the reduction of military supplies from Russia Indians called the poor organization of transactions and not always the high quality of the goods offered. Thus, negotiations on the purchase of the aircraft carrier Admiral Gorshkov lasted so long that Delhi almost refused the deal. In India, they believe that Moscow has ceased to consider their country as a serious partner. According to the Institute for Strategic Studies at the Military College of the US Army (Carline, Pa.), The Indian government is developing a doctrine to further enhance cooperation with Israel.

Indians have long considered Jerusalem a “natural ally” of any state opposing Islamist terror. Delhi is actively cooperating with Jerusalem in the field of launching satellites equipped with reconnaissance equipment. Israeli satellites are usually launched by an Indian launch vehicle from the Shriharikot space center, located on the island of the same name 100 kilometers from Madras. After the terrorist attacks in Mumbai (Bombay), carried out by a group of Pakistani Islamist militants 26 – 28 in November 2008, India is actively using spy satellites acquired from Israel.

Moreover, the Indians and Israelis created a single creative team at the Madras Institute of Technology, which is developing the creation of multi-purpose military satellites for projects of the Indian Space Research Agency.

NATIONALITY WEAPONS DO NOT HAVE

India, concerned about the growth of military power, above all China, is seeking a rapprochement not only with the United States. With the Singapore, Thailand and the Philippines, the Indian Navy conducts joint maneuvers and organizes patrols to protect communications from pirates and combat drug traffickers. India conducts regular naval exercises with the United States, Russia, France, Iran, the United Arab Emirates and Kuwait. At the same time, India is closely following China’s contacts with Myanmar, Pakistan, Iran, Bangladesh, Thailand, Sri Lanka and Saudi Arabia.

Today, Israel and Russia are the main suppliers of weapons and military equipment to India. But Delhi, wanting to protect itself from surprises, seeks to diversify the list of countries - suppliers of weapons. Therefore, the Indians are expanding cooperation with Great Britain, the United States and France. Nevertheless, military cooperation with Jerusalem is actively expanding. In 2009, the Israeli Defense Industry Concern pledged to build five artillery shells factories in the state of Bihar in northeastern India. Contract value - 240 million.

In the middle of the 50 of the last century in India, the melodrama film "Mr. 420" was released, in which the main role of the poor tramp was played by the famous Raj Kapoor. This tape was shown in the Soviet Union. In that film, I remember an episode in which the protagonist, in spite of the rich man, who blatantly declared that he had all the clothes and shoes of Indian production, proclaimed the exact opposite. The hero of Raja Kapoor shouted to the crowd: "I have Japanese shoes, English trousers, a Russian hat, but an Indian soul." Not a word was said about the weapon in the “Lord of 420”. But, if such a film were being made now, then the hero could easily have inserted the following phrase into his mouth: “The Indian, of course, has an Indian soul, but an Israeli weapon!”