Shot in the sky

November 26, 2010
1
Instead of launching satellites with rockets, isn't it easier to shoot them with a heavy-duty cannon? This approach was almost implemented in practice by the developers of the HARP project, and after them by Saddam Hussein himself.

The idea of ​​delivering cargo to orbit using a gun was first expressed by Newton. His treatise Principia Matematica contains, among other things, the famous illustration with a cannon on top of a mountain, shooting the core parallel to the earth's surface. Explaining the principles of orbital mechanics, the scientist argued that if you give the core the necessary acceleration, it will never fall to Earth and will circle around it forever. This thought experiment formed the basis of the novel From the Earth to the Moon, written by Jules Verne in the 19th century: the writer sent his heroes to the Moon with the help of a gigantic cannon. Of course, for a long time no one considered such projects other than imagination. 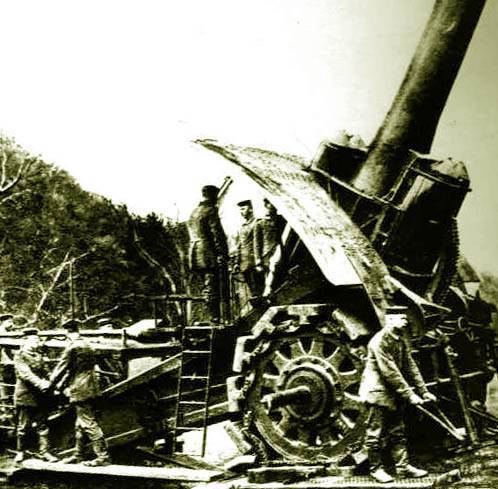 The Giantess of the First World War: the legendary "Big Burt"

Unlike a rocket, a projectile fired from a cannon constantly loses speed due to air resistance. This means that for launching into space, its initial speed must be truly enormous, which is associated with a gigantic — in thousands of g — acceleration at the beginning of the journey, which threatens to turn all payload into a flat cake. In addition, the charge of gunpowder, which would be required to give the projectile such acceleration, will lead to the deformation of the barrel, even a very impressive thickness. 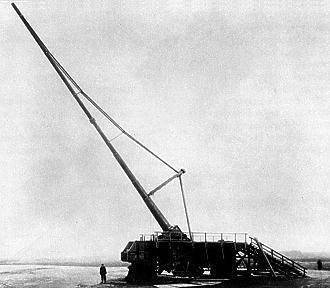 At the beginning of the XX century, the possibilities of artillery began to grow. Smokeless powder was invented, which could burn gradually, accelerating the projectile along a flatter curve. In fact, this important discovery meant that the range of a shot could be increased almost unlimitedly - by lengthening the barrel and increasing the powder charge. This opened the era of giant artillery mechanisms (and no less cyclopean means of protection against them). The thirty-meter “Paris Cannon”, built by the Germans in 1918, fired a projectile weighing more than 100 kg with an initial speed of 6 thousand km / h, and could fire targets from a distance of 126 km. The flight itself lasted as much as three minutes, while at the top of its trajectory the projectile reached a height of 42 km.

Ultra-long-range weapons were built during the Second World War, but even then it became clear that aircraft were much more effective as a means of delivering explosive charges over long distances. Therefore, the development of superguns stopped, coming close to the line at which the withdrawal of projectiles into space became quite a feasible task. 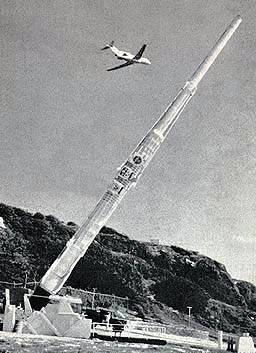 One of the guns used in the HARP project

At the beginning of 1960, the idea of ​​delivering goods to orbit with the help of guns captured the young American physicist Gerald Bulla. Having managed to convince the American authorities of its prospects, he got at his disposal several decommissioned 406-mm (16-inch) guns, as well as funds for related developments. The project received the designation HARP (High Altitude Research Project, "High-rise Research Project"). For shooting, Gerald Bulla’s team used a Marlet projectile specially designed sub-caliber (which has a slightly smaller caliber than the barrel). In addition to the sealing device, or "shoe", discharged after exiting the barrel, the projectile had a cargo bay and stabilizers. During the tests, one of the modifications of the projectile was able to run to the maximum height of 180 km. That is, come close to solving the problem of shooting small objects into near-earth orbit.

As an experiment, mainly atmospheric probes and various components of future satellites — sensors, batteries, modules of electronic and propulsion systems, etc. — were put into the cargo compartments of the shells. The project was crowned with the development of a Martlet 2G-1 projectile equipped with a rocket booster. With its help, up to two kilograms of payload could be brought into orbit by means of a shot from a simple artillery gun. However, on the eve of the Martlet 2G-1 trial, research funding has suddenly ceased. 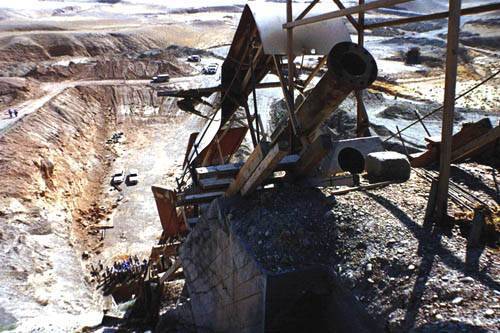 Nevertheless, it was HARP that became the first and, it seems, the only project in which man almost succeeded in launching a payload into space by means of a shot from an ordinary cannon. And the project leader Gerald Bull went to work with Saddam Hussein and for several years worked on the creation of the colossal Babylon 1000-mm cannon. According to the creator, the 9-ton charge was supposed to deliver 600 kg of cargo to a distance of 1000 km, and a projectile with a jet accelerator would double that distance. However, the work was not destined to end: in 1990, “contacting the bad guys,” Gerald Bull was killed. The enormous 156-meter trunk of the Babylon project is still rusting in the midst of a trench specially dug in the Iraqi desert.