The first serial copies of the Akash air defense system are demonstrated. 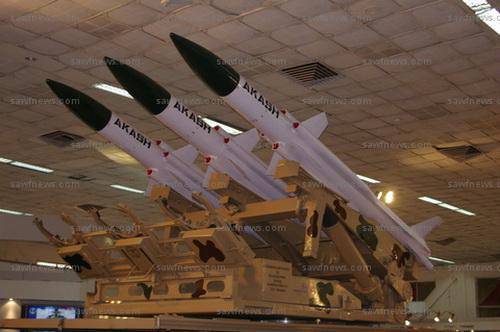 The first serial copy of the Akash anti-aircraft complex is a very important event in ensuring the defense capability of India. Many experts believe that the underdevelopment of air defense systems represents the greatest security vulnerability of the country as a whole.

Two decades ago, the Indian Ministry of Defense blocked an overseas air defense procurement program in order to create the most favored nation regime for the Indian DRDO (Defense Research & Development Organization) in the creation of national air defense systems designed to defend command posts, air bases, nuclear power plants, nuclear centers and others. vital infrastructure facilities. It was a dangerous game. In the event of the outbreak of hostilities, the insufficient effectiveness of outdated Soviet-made air defense systems, which have been in service for about 50 years, would force the Indian Air Force to be used mainly to protect its ground forces, and not for active operations against aviation the adversary.

But this risky move is beginning to bring results, the first modern Indian air defense system is coming off the assembly line. During a visit to the media representatives of the Bharat Electronics (BEL) production line in Bangalore, the first production models of the Akash anti-aircraft complex were demonstrated, which will be handed over to the Air Force by March 2011. This is the first squadron of the Akash air defense missile system, which will defend the air base in Gwalior, where Mirage-2000 fighters are based.

By December 2011, BEL plans to deliver a second squadron to guard the Pune airbase, the main base of Su-30MKI front-line fighters. In parallel, Bharat Dynamics will build another six squadrons of the Akash air defense missile system, designed to provide air defense for new air bases along the Sino-Indian border.

"The cost of the two squads of Akash ADMS, produced by BEL, will be 12.21 million units," says Ashvini Datta, managing director of BEL. "The ground infrastructure will cost an extra 20 million rupees, so each squadron costs about 70 million rupees. This is not only much cheaper than its foreign counterparts, but also allows for better service levels and the possibility of continuous technological improvements to the system."

DRDO and Ministry of Defense say Indian army is close to creating Akash mobile air defense system on chassis Tanks T-72, capable of moving in battle formations of armored formations. Currently, one of the three army shock corps has virtually no air defense equipment, while the other two are equipped with outdated 2K12 Cube systems (SA-6). This makes them extremely vulnerable, especially in the event of hostilities in enemy territory. 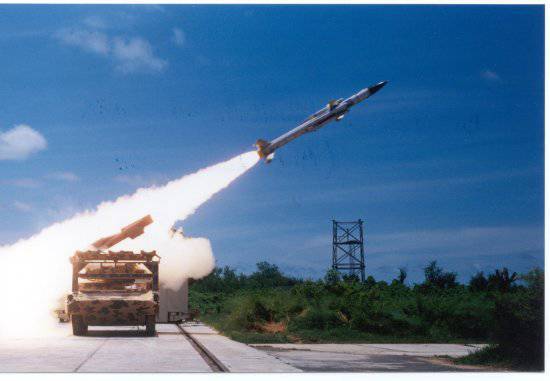 The key element of the latest modifications of the Akash air defense system is the Rohini mobile radar 3D multifunctional radar. The Rohini radar, equipped with a phased antenna array, provides search and capture for automatic tracking of aerodynamic targets located at distances up to 120 km, determining their nationality and issuing target designation for combat vehicles of the complex. The control center of the complex coordinates the work of all elements of the air defense system, assesses the degree of threats, the development of data for firing and missile control. Effective firing range - 25km. According to the developer, a two-launch salvo ensures defeat of a fighter-type goal with a probability of 98%.

Experts' statements about the existence of serious flaws in the Indian air defense system were made a long time ago, but it is only now officially announced that with the start of the serial production of the Akash air defense missile system, the situation began to be corrected. The number of objects in India in need of effective air defense, is constantly growing. According to the estimates of the Air Force Command in 1983, the number of such objects was 101, in 1992 - 122, in 1997 - 133 and currently exceeds 150.

The Pechora C-125 complexes, which were put into service in the 1974 year with a service life of nine years, have now become outdated. The life span of the C-125 ADMS has been extended by the manufacturer to 15 years. After the refusal of Russian companies from further support, DRDO extended the life of these complexes unilaterally to 21. By the 2004, only 30 of the C-125 ADMS from 60 originally imported were still in operation. 15 January 2003, the Air Force commander, Chief Air Marshal S. Krishnaswamy, informed the Minister of Defense that over 60% of the objects did not have anti-aircraft cover and it was necessary to import at least the minimum number of air defense systems to meet national needs.

And only seven years later, the deployment of the Akash air defense system begins to fill this gap.