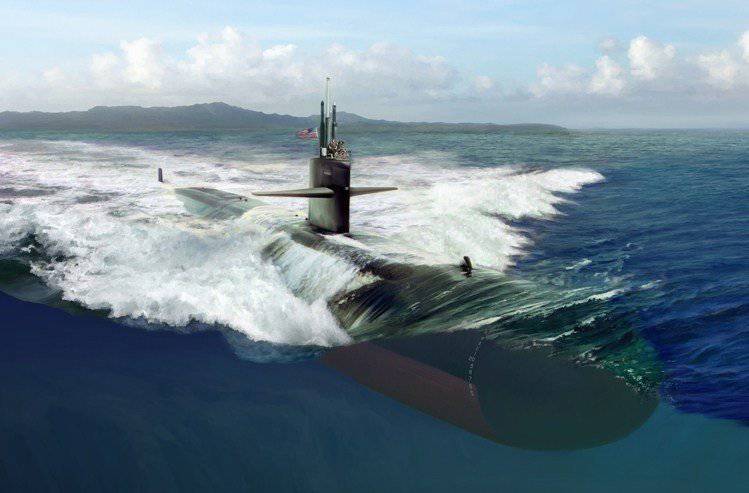 History atomic killers of the Los Angeles type began in 1906, when a family of emigrants from the Russian Empire - Abraham, Rachel and their six-year-old son Haim, entered the Immigration Service hall of Ellis Island (New Jersey). The male was not a miss - when he grew up, he entered the Naval Academy and became a four-star admiral of the US Navy. Total Hyman Rickover served on navy 63 years old and would still serve if I didn’t fall for receiving a bribe of 67 thousand dollars (Rickover himself unlocked to the end, claiming that this “nonsense” had no effect on his decisions).

In 1979, after a major accident at the Three Mile Island nuclear power plant, Hyman Ricover, as an expert, was called to Congress to testify. The question sounded prosaic: “One hundred US Navy nuclear submarines are moving in the depths of the oceans - and not a single accident with the reactor core in 20 years. And here a new nuclear power plant standing on the shore collapsed. Maybe Admiral Rickover knows some magic word? ”

The answer of the aged admiral was simple: there are no secrets, you just need to work with people. Personally communicate with each specialist, immediately remove fools from work with the reactor and expel them from the fleet. To all high ranks who for some reason interfere with preparing personnel in accordance with these principles and sabotaging the fulfillment of my instructions, declare a merciless war and also expel them from the fleet. Ruthlessly "gnaw" contractors and engineers. Safety and reliability - these are the main areas of work, otherwise even the most powerful and modern submarines will be burnt with bundles in peacetime. 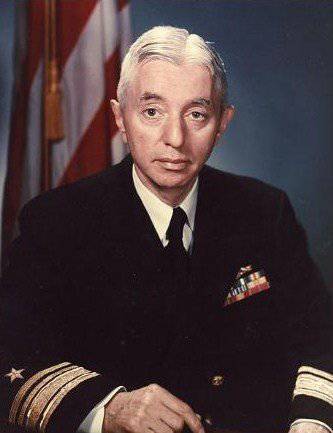 The principles of Admiral Rickover (safety and reliability above all) formed the basis of the Los Angeles project - the most numerous series in the history of the nuclear submarine fleet, consisting of 62 multipurpose nuclear submarines. The purpose of "Los Angeles" (or "Moose" - the nickname of the boats in the Soviet fleet) - the fight against surface ships and submarines of the enemy, covering aircraft carrier groups and areas of deployment of strategic submarine rocket carriers. Covert mining, intelligence, special operations.

If we take only table characteristics for the basis: “speed”, “depth of immersion”, “number of torpedo tubes”, then against the background of domestic “Typhoons”, “Anteyev” and “Schuk”, “Los Angeles” looks like a mediocre trough. A single-body steel coffin, divided into three sections - any hole will be fatal for him. For comparison, the robust hull of the domestic multi-purpose submarine of the 971 Ave. Pike-B is divided into six sealed compartments. And the giant rocket carrier of the 941 Shark project has 19 at all!

Only four torpedo tubes located at an angle to the median plane of the hull. As a result, the "Elk" can not shoot at full speed - otherwise the torpedo will simply be broken by the oncoming flow of water. For comparison, "Pike-B" has 8 nasal TA and is able to apply its weapon over the entire range of working depths and speeds.
The working depth of the Los Angeles dive is just 250 meters. A quarter of a kilometer - is this really not enough? For comparison, the working depth of the “Pike-B” is 500 meters, the maximum depth is 600!

Canonical image of Los Angeles-type submarine
The speed of the boat. Surprisingly, here at the American everything is not so bad - in the submerged position “Elk” is able to accelerate to 35 nodes. The result is more than worthy, only six knots less than the incredible Soviet "Lyra" (705 project). And this is without the use of titanium housings and terrible reactors with metal coolants!

On the other hand, a high maximum speed has never been the most important parameter of a submarine — on the 25 nodes, the boat’s acoustics no longer hear anything because of the noise of the incoming water and the submarine becomes “deaf”, and on the 30 nodes the boat rumbles so that heard at the other end of the ocean. High speed is a useful, but not too important quality.

- single body design. The area of ​​the wetted surface decreased, and, as a result, the noise from friction against water when the boat was moving.

- quality of manufacture of screws. By the way, the quality of manufacture of propellers of the third-generation Soviet nuclear submarines also increased (and their noise level decreased) after a detective story with the purchase of high-precision metal-cutting machines from Toshiba. Having learned about a secret deal between the USSR and Japan, America threw such a scandal that poor Toshiba almost lost access to the American market. Late! On the expanses of the oceans already out "Pike-B" with new screws.

- Some specific points, such as the rational placement of equipment inside the boat, the depreciation of turbines and power equipment. The contours of the reactor have a greater degree of natural circulation of the coolant - this made it possible to abandon pumps of high productivity, and, consequently, reduce the noise of "Los Angeles".

It is not enough for a submarine to be fast and secretive - to successfully complete tasks it is necessary to have a concrete understanding of the environment, to learn to navigate in the water column, to find and identify surface and underwater targets. For a long time, the only means of external detection were a periscope and sonar post with an analyzer in the form of a sailor's ear-acoustics. Well, still a gyrocompass, showing where the North is under this damn water.

Los Angeles is much more interesting. American engineers played all in - all equipment was dismantled from the bow of the boat, including torpedo tubes. As a result, the spherical antenna of the AN / BQS-13 hydroacoustic station with a diameter of 4,6 meter occupies the entire nose of the case. Also, the submarine hydroacoustic complex includes a side-view conformal antenna consisting of 102 hydrophones, an active high-frequency sonar for detecting natural obstacles (underwater rocks, ice fields on the surface of the water, mines, etc.), as well as two towed passive antennas of length 790 and 930 meters (taking into account the length of the cable).

Other means of collecting information include: an instrument for measuring the speed of sound at different depths (an absolutely necessary means for accurately determining the distance to a target), AN / BPS-15 radar and AN / WLR-9 electronic reconnaissance system (for working on the surface), periscope general overview (type 8) and periscope attacks (type 15).
However, no cool sensors and sonars helped the San Francisco submarine - 8 January 2005, the boat going on 30 nodes (≈ 55 km / h) crashed into an underwater cliff. One sailor died, another 23 was injured, and a smart antenna in the bow was broken to pieces. 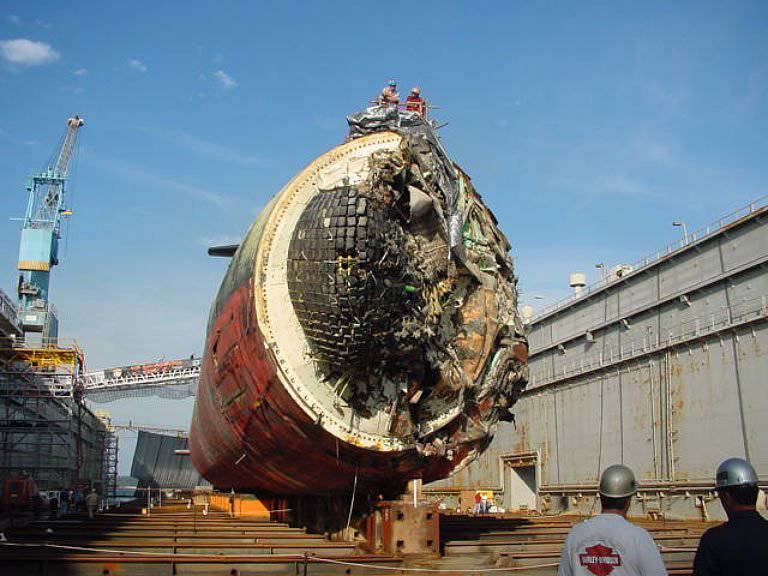 To increase combat effectiveness, in the bow of each Los Angeles, starting with 32, boats began to install 12 vertical launch shafts for storing and launching Tomahawks. In addition, part of the submarines are equipped with a Dry Deck Shelter container for storing equipment for combat swimmers.
The modernization was carried out not “for show”, but on the basis of real combat experience - “Los Angeles” is regularly involved in attacking coastal targets. Blood “elks” are on the horns - in the lists of destroyed targets Iraq, Yugoslavia, Afghanistan, Libya ... 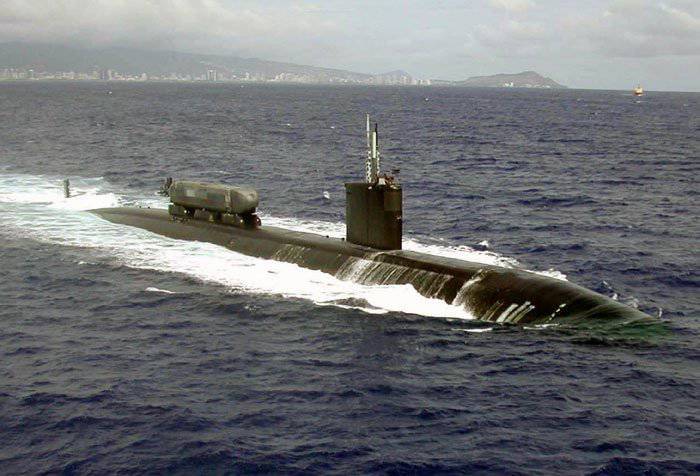 USS Greeneville (SSN-772) with Dry Deck Shelter fixed on its body
The latest 23 boats were built according to the redesigned Los Angeles Improved Project. Submarines of this type were specially adapted for operations in high latitudes under the ice dome of the Arctic. The boats have removed the rudder steering wheels, replacing them with retractable rudders in the bow. Screw was enclosed in a profiled annular nozzle, which further reduced the noise level. The electronic "stuffing" of the boat has undergone a partial modernization.
The last boat in the Los Angeles series, called the Cheyenne, was built in 1996 year. At that time, when the last boats of the series were completed, the first 17 units, having served a fixed period, were already sent for scrapping. “Elks” still form the basis of the US submarine fleet, 2013 submarines of this type are still in the ranks of the 42 for a year.

Returning to our initial conversation - what did the Americans do after all — a tin-shaped tin pot with lowered characteristics or a highly efficient underwater combat complex?

Purely from the point of view of reliability, Los Angeles has set a record that nobody has yet broken - over the 37 years of active operation on this type of 62 boats, no serious accidents were recorded with core damage to the reactor. Traditions of Hyman Rickover are still alive.

As for the combat characteristics, the creators of the "Moose" can be a little praise. The Americans managed to build a generally successful ship with an emphasis on the most important characteristics (stealth and means of detection). The boat was undoubtedly the best in the world in the 1976 year, but by the middle of the 1980-x, with the appearance of the first 971 “Schuka-B” 3 multi-purpose submarine of the USSR Navy, the American submarine fleet again found itself in the “catch-up” position. Realizing some of the inferiority of the “Elk” in front of the “Shchuka-B”, the development of the project “SeaWolf” began in the States - a formidable submarine cruiser at a price of $ XNUMX billion dollars apiece (the construction of three “SeaWolfs” was mastered).

Post scriptum. In April, 1984, a retired Admiral Hyman Rickover, received a cool present for his 84 anniversary - a Los Angeles-type 7000-ton battle submarine named after him. 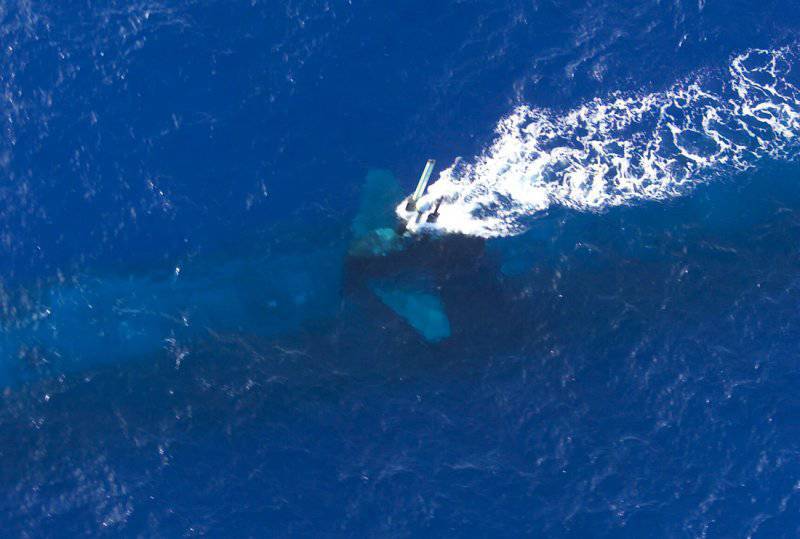 At the periscope depth 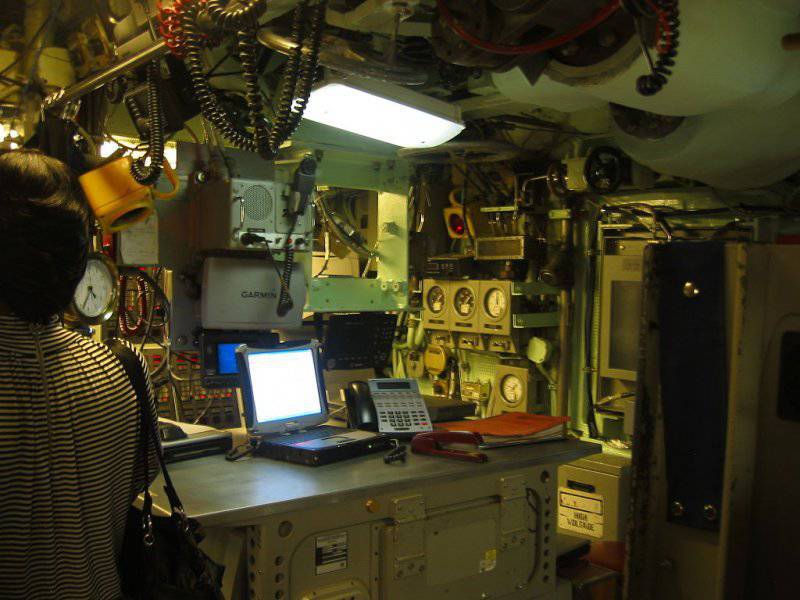 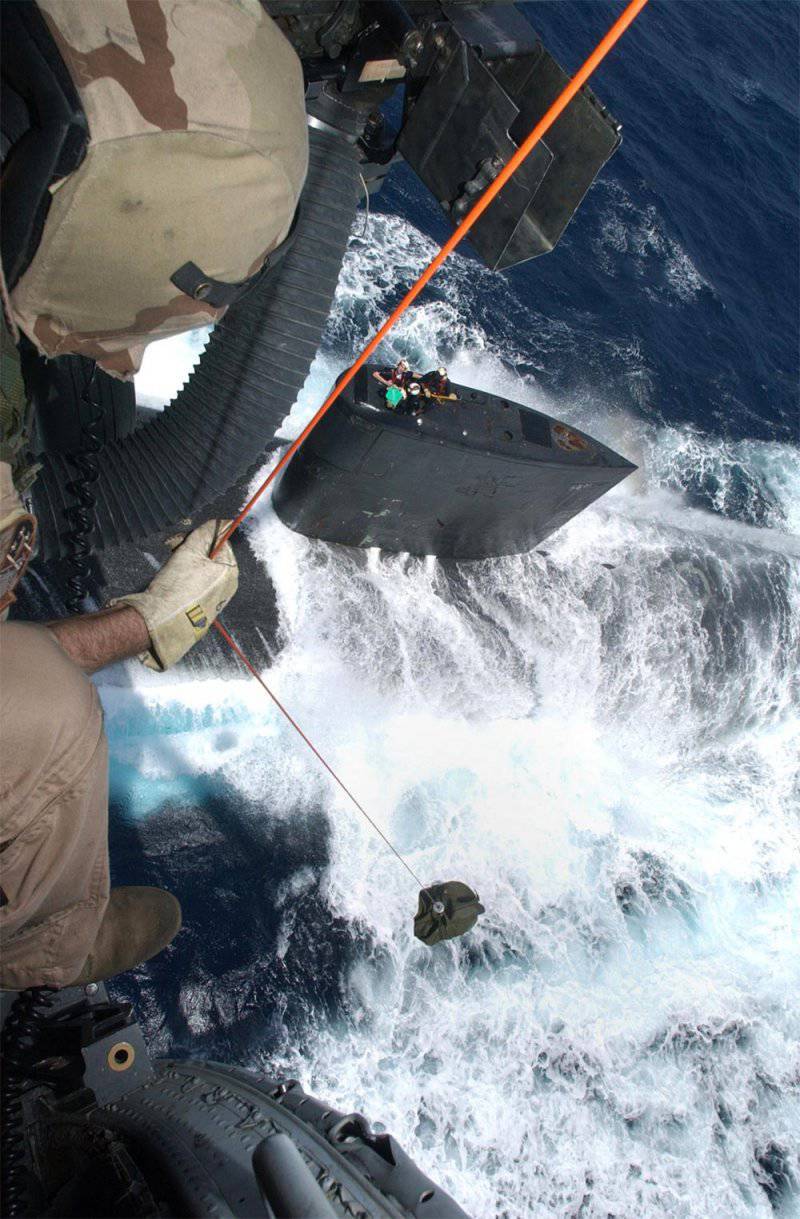 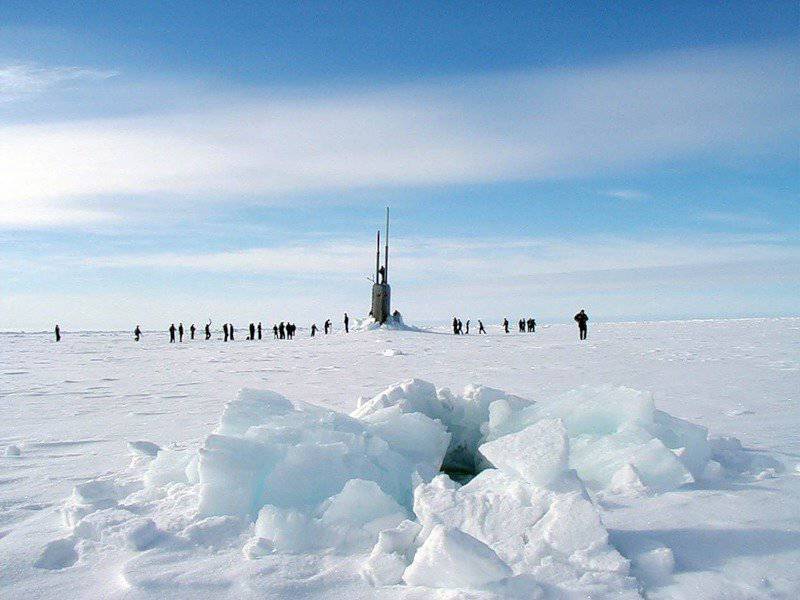 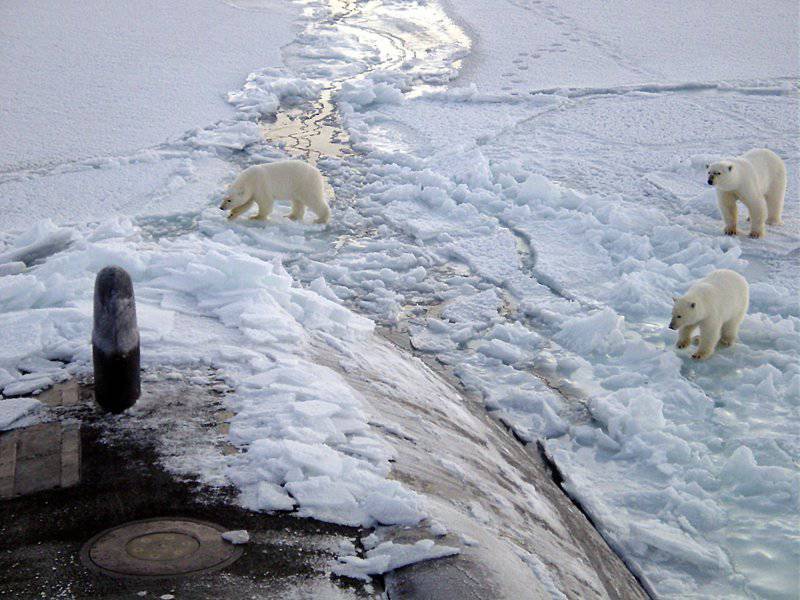 We are in Yandex Zen
Myths of the United States. "Roaring Cows" of the Soviet Navy
Nautilus, conquering the ocean
121 comment
Information
Dear reader, to leave comments on the publication, you must to register.