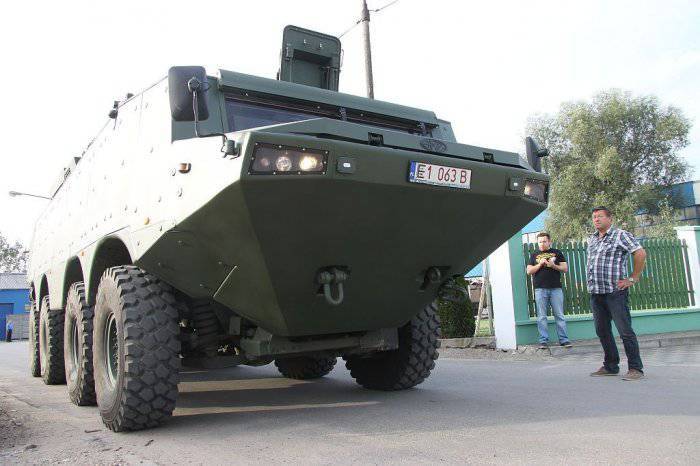 This year, the Polish Army will receive the first batch of 8x8 heavy vehicles (CPKTO 8X8) “Hippopotamus”. This is a vehicle created under a project funded from the resources of the Ministry of Science and Higher Education.

Created from scratch, without resorting to the existing chassis that was available in earlier developments of AMZ, that is, "Boar", "Turov" or "Bison". Vehicle with its own weight of about 21 tons, allowable curb weight, about 32 tons and tonnage up to 5 tons (and buoyancy with weight up to 26 tons!)

In general, we know little about the Polish military industry. For example, before the start of communication with the Polish military, I thought that all of their military-industrial complex had died, and they also “eat up” the remnants of the Soviet legacy. It turned out - this is not so, or rather not on all 100%. First, Poland, practically did not receive the Soviet weapons, and all released independently or imported from Czechoslovakia, so that the rupture of economic ties did not affect its defense industry. Another thing is a market economy and then joining NATO. The fact that Poland has always been to the West, and the blind was visible.

NATO "did not stint." Besides tanks, they were given as many as 25 BTR M113 of various modifications and 150 "Hamerov"! This is where the problems started ...
Poland itself did not produce armored personnel carriers, but exported OT-64 "SKOT" components from Czechoslovakia and assembled it in Poznan under the name "Lynx". This armored carrier has long been outdated and demanded replacement. But after the revolution (or perhaps the counter-revolution), Czechoslovakia stopped producing them, and then, following the division of the country, they were not at all interested in new projects. Although we must pay tribute - the Czech technology is slightly superior to the Soviet ancestors. 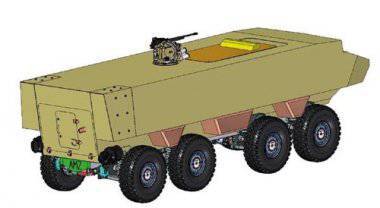 Therefore, Poland, which then lost practically the entire military industry, bought a license for the production of an armored personnel carrier Patria (I don’t know how it is in Finnish, but in Spanish it will be “Homeland”) and began to successfully rivet them under the name “Wolverine”. By this year, there are already more than four and a half hundred of them in the ranks. 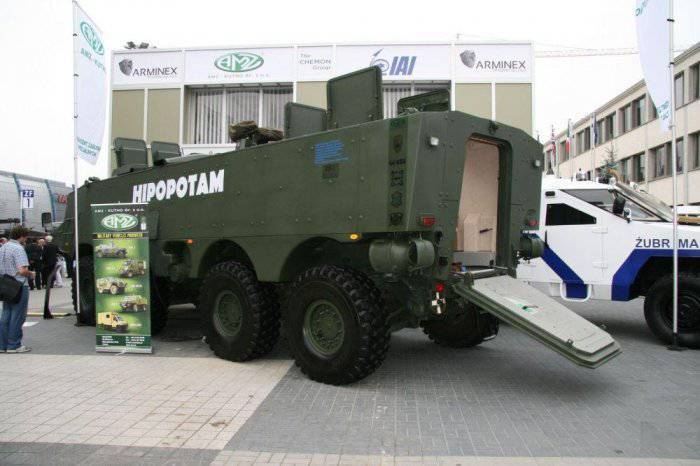 So why do we need "Hippo"? The fact is that "Wolverine" was not suitable for engineering intelligence. According to logistics, a full set of technical intelligence required 2 "Lynx" or 1,5 "Wolverine" (like a half digger).

Its further design led to the fact that this armored personnel carrier can also be equipped with large-sized air defense systems and mine-protecting equipment, but what else!

Thanks to the use of the newly developed reservation (sub-corpus deflector), modern composites technologies, as well as individual protection systems, it should provide the crew with the highest possible degree of ballistic and mine protection. 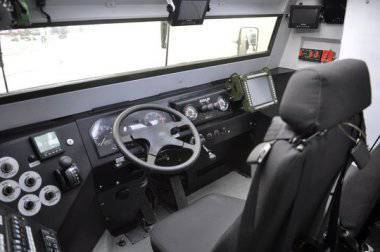 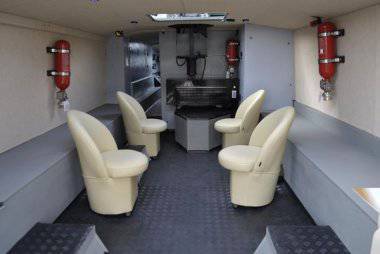 The design of "Hippo" is characterized by versatility and the ability to quickly adapt the viscera, depending on the type of tasks that are performed. It should not be an alternative for “Wolverine” but its addition in areas that require specialized tasks, often heavy and requiring a large space for equipment.

The base chassis of the Hippopotamus will be equipped with a high mobility 8x8 chassis with two controlled bridges, the Deutz TCS 2015 V08 diesel engine with 600 power l / s provides torque within 2700 Nm. Box Allison 7-speed automatic. Its speed on the highway is 110 km / h.

The vehicle is equipped with ABS, a central wheel inflation system, anti-explosion tabs (for wheels with size 16.00 R20) as well as a winch.

The main vehicle body is made of armor steel with additional composite spaced armor. The level of ballistic protection at the level of class IV STANAG 4569 - that is, protects 90-% of the projection from being fired by 14,5 × 114 mm B32 armor-piercing bullets from the distance 200 m at speed 911 m / s. For self-defense, the BTR is equipped with an OBRSM ZSMU-1276C1 Kobuz controlled weapons module, as well as an ESP SSP-1 Obra (analogue of the Curtains) and 81-mm smoke grenade launchers. The vehicle must also be equipped with optical (day and thermal imaging cameras). 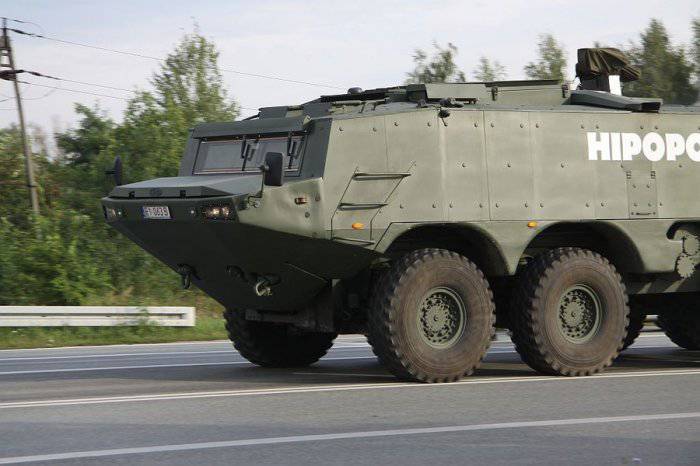 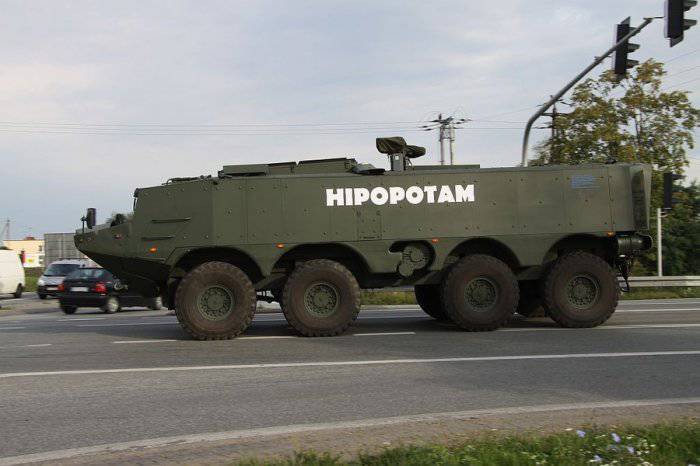 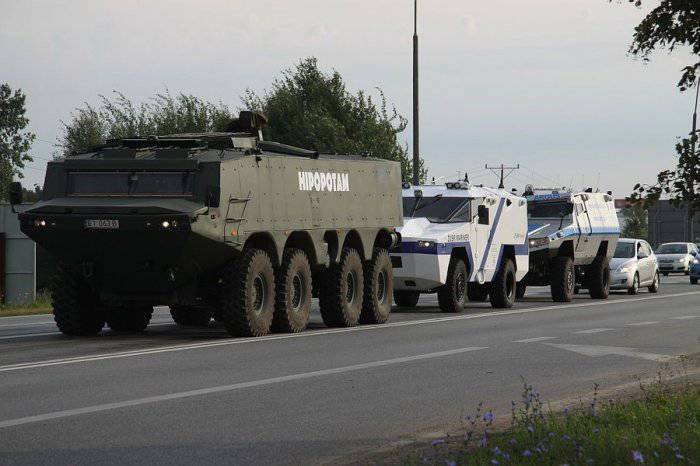 So why "work out of the swamp"? The fact is that the first prototype did not want to swim at all!

At first, it was possible to achieve buoyancy with a minimum weight of 22 tons and then at a speed of 4 km / h.

With the required weight of 26 tons, he provocatively sought to become a "submarine".

On the then stated regulatory 10 km / h on water - one could only dream of.

But the Poles still have good shipbuilders. Research related to the optimization of the hull structure of the hull with respect to buoyancy was carried out in collaboration with the shipbuilding industry design bureau - tests on the wave and calm water were carried out in the test pool of the Ocean Engineering and Shipbuilding Department of the Gdansk Polytechnic University.

It was possible to ensure the buoyancy by installing modules with gas, which automatically filled the cassette-cells with cavities located on the outer side of the hull. Be that as it may, Hippos began to “row” at a speed of 10 km / h not only in calm fresh water, but also to keep the 3-ball sea wave. 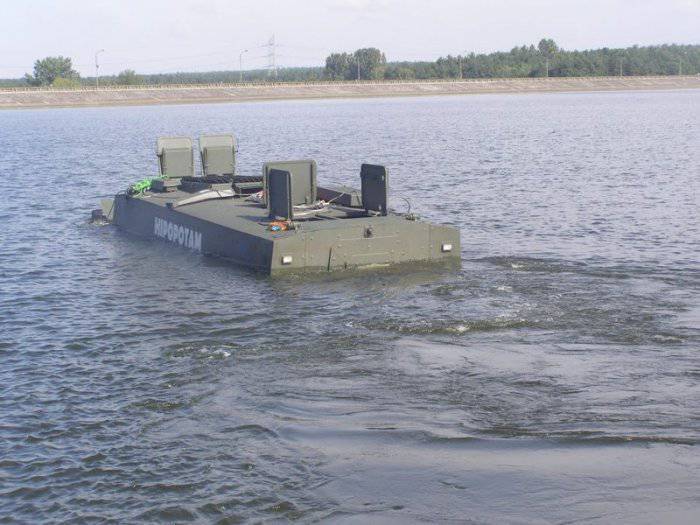 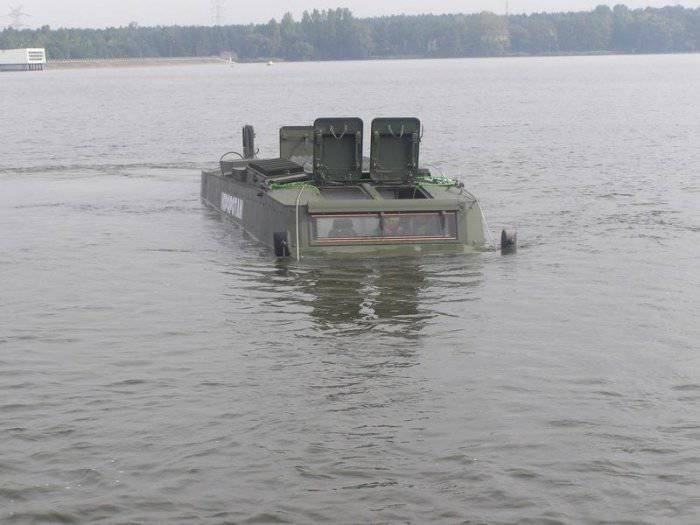 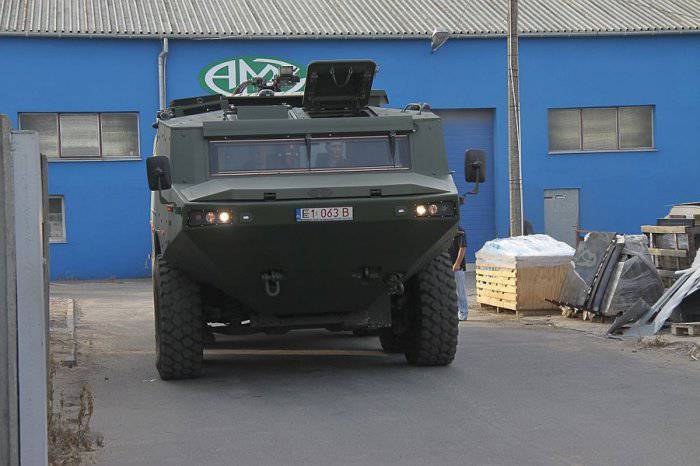 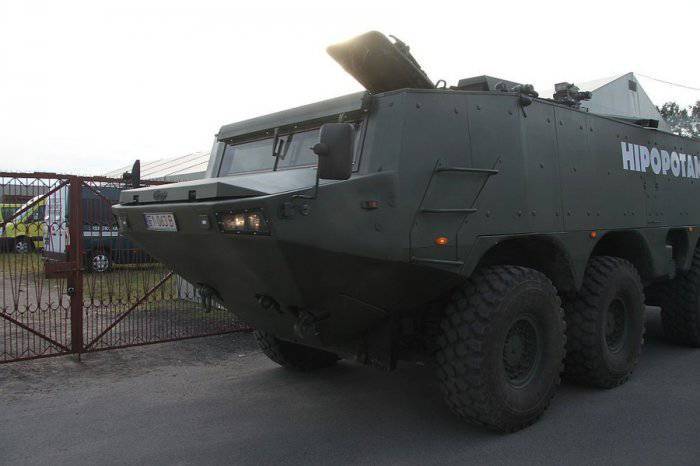 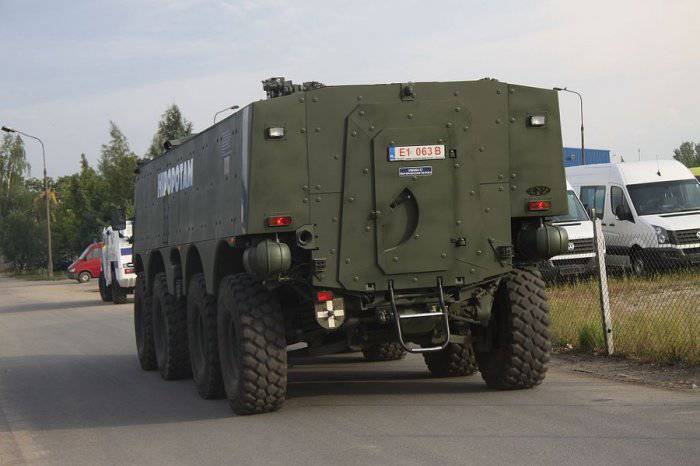 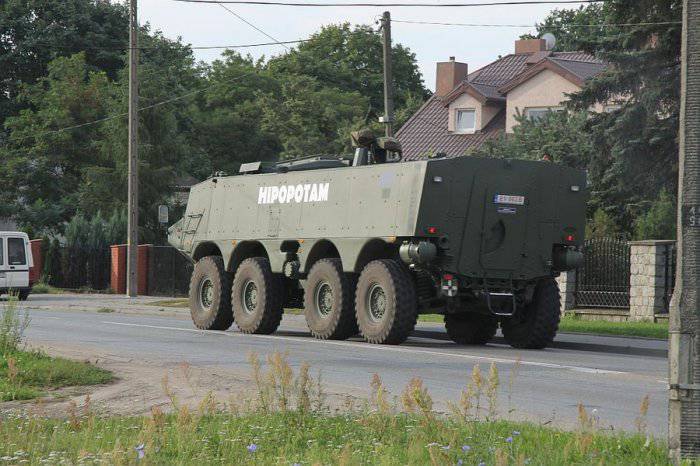 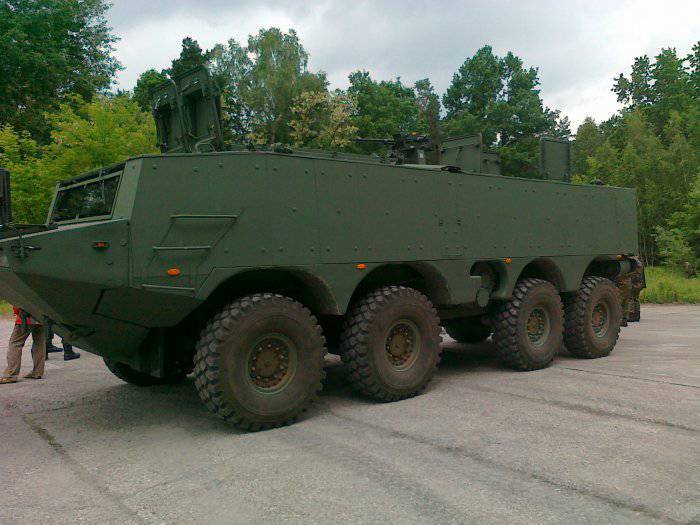 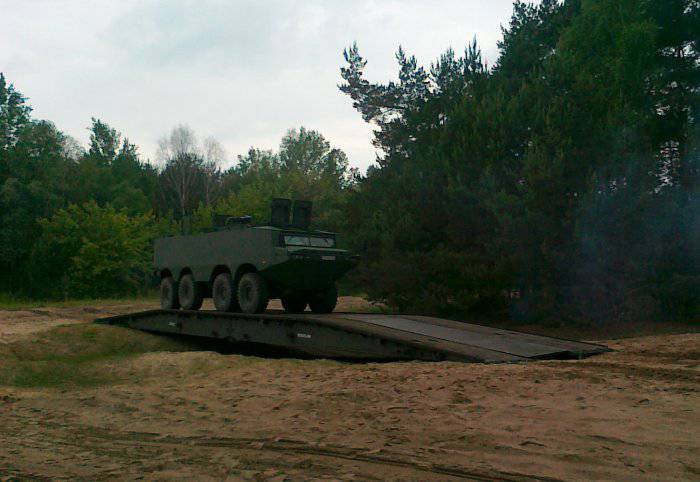 Ctrl Enter
Noticed oshЫbku Highlight text and press. Ctrl + Enter
We are
Asian armored fighting vehiclesIs the old well forgotten to become the new? Part-2. By call of honor and duty
58 comments
Information
Dear reader, to leave comments on the publication, you must to register.