Where tanks are forged 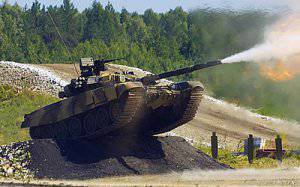 The refusal of the Ministry of Defense in April of this year to further fund the program to create a T-95, to put it mildly, looks strange.

Although a tank was closely observed by a narrow circle of specialists, quite a lot is known about it. However, the information contained in the print media and online publications, of course, should be treated critically. According to unconfirmed reports, the combat mass of the T-95 is 55 T. The chassis has a hydroactive suspension. X-shaped diesel engine horsepower 1500 provides speed over 75 km / h on the highway and 50 km / h - on rough terrain. Power reserve - at least 500 km. The main highlight of the new combat vehicle - its layout. A small turret with an 152-mm 2A83 gun-launcher and automatic loader is uninhabited.

The crew of three people (thanks to the introduction of automation can be two people) is located in the vehicle’s body in an armored capsule, which not only contributes to the safety of tankers, but also reduces the silhouette of the vehicle (height - about 2 m at a clearance of 500 mm), making it less visible on the battlefield. The ammunition of 42 guided, armor-piercing sub-caliber and high-explosive fragmentation shells is stored in a special protected compartment. Reservation of the hull and turret is multi-layer using the new generation of integrated dynamic protection. The active defense system is Drozd-M or Arena-E. There is also a complex of optoelectronic suppression "Shtora-2". To combat the enemy’s manpower, machine guns of 14,5 mm and 7,62 mm caliber are intended. A 30-mm automatic gun is designed to repel air attacks. According to some reports, there is an option tank with four 9M311 missiles. All this indicates that the combat stability of the tank should be very high.

The command and control system using optical, thermal imaging, infrared channels includes a laser range finder and, possibly, a radar station. All information is supposed to be displayed on displays that allow the crew to observe and assess the situation around the tank, including in the upper hemisphere. The “friend or foe” system will save from the “friendly fire” and provide an opportunity to act confidently in the difficult conditions of modern combat.

Obviously, the most "wound" version of the tank should look like this. Probably, not all options will be implemented, anyway, right away. Elaborated and more simple and, therefore, cheaper options for T-95. The head of the Ministry of Industry and Science of the Sverdlovsk Region, Alexander Petrov, said that Uralvagonzavod had produced several prototypes of the machine. And which of them was demonstrated at the Nizhny Tagil exhibition is unknown.

The emergence of T-95, as they say, "testicle for the day of Christ." As evidenced by the forecast of the World Trade Analysis Center weapons (TSAMTO), in the world market of new main battle tanks (MBT) in the next four years (2010-2013), 20% is expected to increase in sales compared with the previous four-year period. And now Russia with the T-90С tank is the undisputed leader in this area. In 2006-2009 our country exported 488 MBT worth $ 1,57 billion in exports. In 2010-2013. supply volume, taking into account already concluded contracts, as well as declared intentions for direct delivery and licensed programs, can make 853 new cars worth almost $ 2,75 billion.

After glut in 1990-ies. In the market of used tanks sold at dumping prices, in the past few years there has been a steady increase in sales volumes of the new MBT. This is due to the fact that the conflicts of the last decade have revealed an acute need for modern tanks.

Meanwhile, discussions are continuing on the need for tanks in general. At first glance, the continuous improvement of anti-tank weapons indicates a “decline” of this type of weapon by the Ground Forces. Got and promising T-95, which very few alive was watching. Like, he can not resist the modern anti-tank systems. 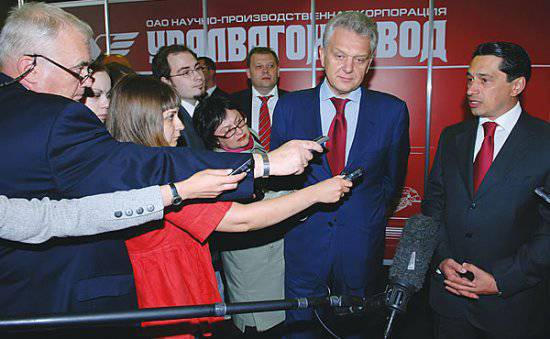 It is worth recalling that during Operation Iraqi Freedom, American troops suffered significant losses in Abrams tanks from old RPG-7, which were used by insurgents and fighters of isolated Iraqi units who resisted. But, as American generals admit, without Abrams tanks, they would never have been able to take Baghdad and capture the territory of this entire Middle Eastern country.

We must not forget that there are no unstuck airplanes, rockets and spacecraft, unsinkable ships and submarines. Any firing point, including anti-tank systems, can be suppressed and destroyed.

In connection with the development of countermeasures, a revision of tactics and, if you will, strategies for the use of armored forces is required, but abandoning them would be the height of irresponsibility. They should not act alone, but accompanied by tank support fighting vehicles (BMPT) and, possibly, other anti-tank suppression vehicles.

In the next decade, the Russian army’s T-72 and T-80 tanks will need to be replaced. T-90 is a great car. It meets the requirements of today. But the possibilities of its modernization are already close to the limit.

Therefore, the refusal of the Ministry of Defense in April of this year to continue funding the T-95 program, to put it mildly, looks strange. Yes, today no one in Moscow plans to dismember Western Europe with tank wedges. However, the threat to the eastern borders of Russia, where gaps in the defense can be closed only by mobile tank units equipped with the most modern machines, is becoming ever more clearly visible. 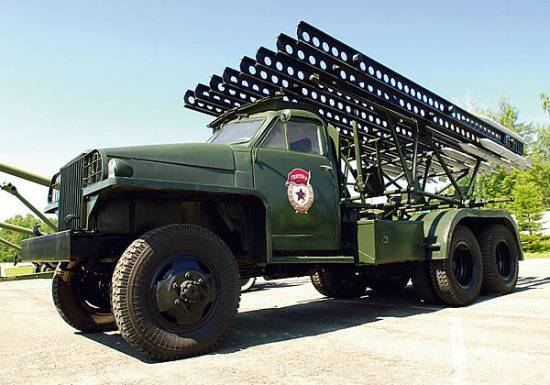 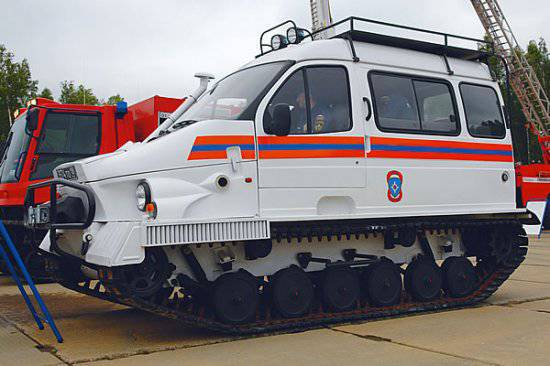 GAZ airborne all-terrain vehicle for the needs of MOE

It seems that the “cooling down” of the Defense Ministry to the tanks is simply explained by the lack of funds from the military department for the implementation of all the urgently needed rearmament programs of the Air Force, Strategic Rocket Forces, the Navy, the Space and Ground Forces. When we asked Oleg Sienko, General Director of Uralvagonzavod Research and Production Corporation OJSC, about the fate of the T-95 in the light of anti-tank sentiment in the Russian MO, he declined to answer about the newest tank, but “I sometimes heard ratings of domestic tanks” biased. The market strongly supports the benefit of our armored vehicles. The demand for UVZ tanks confirms the high combat qualities of our machines ”(Oleg Sienko’s interview with Uralvagonzavod responds to market challenges, see this issue of the magazine). 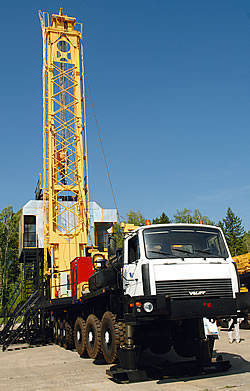 According to the Minister of Industry and Science of the Sverdlovsk Region, Alexander Petrov, the T-95 UVZ is developing independently, that is, in an initiative manner, without the participation of the Ministry of Defense. In his opinion, the decision of the Ministry of Defense to close the project “195 object” is clearly premature, since the new tank will undoubtedly be in demand by customers. No doubt about it. The secret T-95 catwalk at the Defense and Defense-2010 exhibition is not an accidental phenomenon organized out of whim. Rosoboronexport and FSMTC are definitely showing interest in the new car in order to begin preparations for its promotion on the external market right now. So, by the way, it was with T-90. They were first interested in foreign customers, and then the Ministry of Defense of the Russian Federation. Yes, and the number of T-90 in foreign armies is much greater than in the Russian army.

This tank, as in all the years of the weapons exhibitions in Nizhny Tagil, was the main object of attention of the participants and guests of the Defense and Defense-2010. The demonstration of its capabilities at the tankodrome, as well as other armored vehicles of the Ural enterprises, invariably attracted a huge number of viewers. This is not by chance. While tanks show how they can dance at MVSV within the framework of the exhibition “Technologies in Mechanical Engineering” in Zhukovsky near Moscow, they dive, jump and shoot at the testing ground of the Nizhny Tagil Metal Testing Institute, that is, they work in the main specialty and not just entertain.

But the exhibition was not a single tank. Especially since its main specialization is the means of civil defense and anti-terrorist operations. Expositions representing the conversion products of Ural enterprises are increasingly being developed. It is appropriate to recall here that the same UVZ produces much more railroad cars and road-building machines than armored vehicles. Uralvagonzavod presented at the exhibition new models of mobile drilling rigs MBR-125 and MBR-160 developed by OJSC “Spetsmash”. The use of such facilities can significantly facilitate the work on exploration, drilling and workover of wells. The cabins of operators on them are equipped with climate control system, which makes it possible to work comfortably in all weather conditions. The IBR-125 and MBR-160 units are equipped with a system of full hydraulics of the drilling process, that is, they do not require additional hydraulic pump stations. The bench tests of experienced MBR-125 and MBR-160 are scheduled for September, after which they are planned to be put into operation. Serial production will begin in 2011. By 2014, UVZ expects to produce up to 30 installations of both models annually. This is the strategic proposal of the Uralvagonzavod oil and gas complex of Russia. What will be the answer? “I hope that the reaction will be positive,” said Minister of Industry and Trade of the Russian Federation Viktor Khristenko, who examined the ICBM-125 and ICBM-160 at the Defense and Defense exhibition. He praised the UVZ mobile drilling rigs, stressing that he was looking forward to the oil and gas industry react to these new developments.

A number of enterprises demonstrated an integrated approach to the main subject of the exhibition. For example, Moscow JSC Tetis Pro presented fire suits and special diving equipment for the water area security forces, as well as remotely controlled uninhabited underwater vehicles. 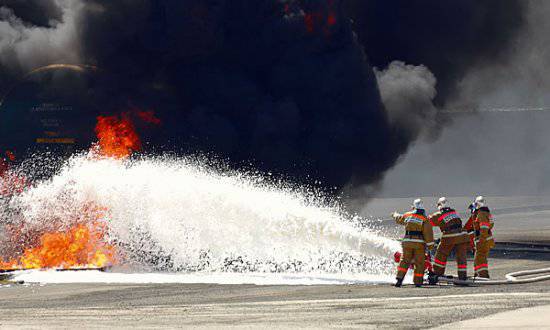 The business part of the forum was also saturated. 14 July, when Bastille Day is celebrated, the national holiday of the French Republic, an agreement was signed between the French company Thales and the Ural Optical and Mechanical Plant on cooperation in the development of military and civilian equipment at the UOMZ. The interaction is envisaged in the field of laser technology, thermal imaging and optical-electronic equipment, sights for small arms. KAMAZ has concluded contracts with law enforcement agencies for the supply of vehicles, special equipment and spare parts for them.

Now Nizhny Tagil has started the preparation of the international exhibition of arms and military equipment Russian Expo Arms 2011, which will be held next summer. According to Oleg Sienko and Valery Rudenko, Director General of the Nizhny Tagil Metal Testing Institute, the state demonstration exhibition center will be reorganized, which will also include measures to improve the infrastructure of the Ural range. On it, viewers will be able to see the whole military operation involving all types of troops. Let us hope that at the Russian Expo Arms 2011 there will finally be a public premiere of the T-95 tank, which, undoubtedly, will become not only its decoration, but also the highlight of the whole exhibition season of next year. 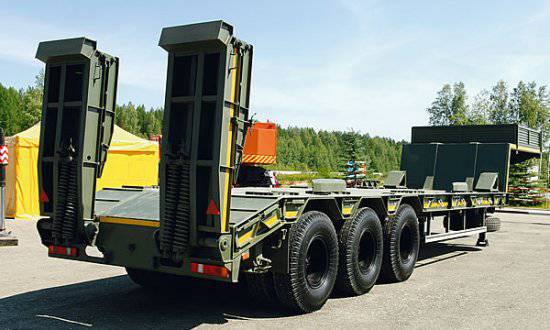