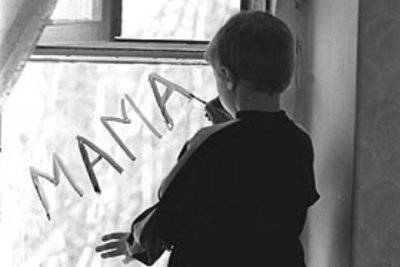 One of the most controversial topics of recent times in our country is the topic of introducing the so-called juvenile justice in Russia. Quite a few copies have already been broken around this topic, and, obviously, the confrontation between supporters of Yu and her opponents will only increase. At the same time, both “juvenalshchiki” and “konteuvenalschiki” have quite a few arguments justifying a certain point of view. To try to understand the position of both of them, and others, it is necessary not only to consider the question of what this same Yu is, but also to get acquainted with those examples that have already shown themselves in the expansion of the powers of juvenile institutions.


So, if you follow the encyclopedic definition of juvenile justice, then it represents the legal basis for the activities of organizations administering justice in cases of offenses committed by persons who have not reached the age of majority. However, this definition represents juvenile justice on one side only. Yu have another side. This side is associated with the presence of various legally enforceable mechanisms for the protection of the rights of the child.

It would seem, around what is here to break spears? It seems to be all about the case: the state assumes the obligation to monitor the rights of its minor citizens and to monitor compliance with the law relating to children and adolescents. However, the snag is that in the event of active development of the juvenile justice system, the state actually gets the opportunity to become for an underage person an institution that has more weight than the family. It is the hypothetical possibility of state intervention in the system of family upbringing, in the system of forming the child’s views, his attitude towards the people around him, and is the cornerstone of this issue.

Proponents of the introduction of juvenile justice in Russia say that all the words about the state’s attempt to downplay the role of the family are fiction. The state is not going to make such attempts, but is only going to raise the status of the child, protect it from an aggressive environment, and tell it about its rights. Like, look at how cool juvenile justice works in Western countries - and we need to adopt such advanced experience.

I would like to agree, but here only a number of circumstances and examples do not provide directly from Russian practice.

The fact is that concern for the rights of the child is a double-edged sword. If the state is going to protect a child from an aggressive environment, then who, in the understanding of the state (in particular, state institutions of juvenile justice), represents this aggressive environment? Considering that the average Russian child spends most of his time with his relatives and in an educational institution, it turns out to be a strange thing ... Indeed, with whom the child most often contacts, so sooner or later he may have a certain conflict, which is quite natural. But this does not mean that if from one of the parents or from the teacher he received, let's say, an educational pill that turned out to be bitter, then this is a reason to declare that the home or school for him is an aggressive environment.

Despite all the absurdity, the essence of juvenile justice, to which foreign “partners” are gradually teaching us, lies precisely in the fact that the child himself, roughly speaking, pokes a finger at the person who, in his opinion, has subjected his rights to infringement. And if a child also reinforces the fact of infringement of his rights by, for example, his father, who gets his leather belt as an “educational tool” with video recording, then for employees of institutions Yu is an excellent reason to follow the most improbable way from the point of view of family education . Namely, to deprive the “careless” father of the “sadistic” parental rights, to take the child out of the “disadvantaged” family and transfer it to the same juvenile bodies - the guardianship and custody authorities. And it is there, apparently, that the child will be inoculated with all that most humane and correct thing that he can only dream of.

Of course, many will consider the considered example as an obvious extreme, but even then, when the juvenile justice system in Russia has not yet been implemented, there are no less perverse variants of “protecting the rights of the child” than the one presented above.

Voronezh region. September 2012 of the year. An 15-year-old youth enters one of the local educational institutions, who, according to documents, passes as a person left without parental care. When a social worker of an educational institution makes inquiries, it turns out that both parents are alive in a young man. The father is a disabled person of the first group (incapacitated). Mother - a healthy woman, as they say, does not use, it works, only here is work five dozen kilometers from the city. For objective reasons, the mother cannot give her constant attention to her son, so she is forced to feed the entire family. And the young man, in turn, should look after his sick father.

As a result, it turned out that at the beginning of 2012, representatives of the law decided to visit them at home (as it turned out, one of the "compassionate" neighbors tried, who, according to her, saw the boy several times in mint and unwashed clothes). Representatives of the authorities entered the apartment, which, of course, was not different from the euro renovation, and immediately concluded that there were not enough conditions for the education and training of the boy. They say that the mother is not engaged in the child, and the father cannot do this due to the serious health condition. As a result, the mother had an “explanatory” conversation, which was reduced to what she was advised by the parents to give up their parental rights to some time, the state at the same time will take care of her child, including the financial plan. In an interview with the mother herself, it was possible to establish that the child had been taken away from her without much talk, saying a quote: the court would still be on our (guardianship) side ...

As a result, the young man was out of the house. Yes - on state support, yes - his clothes are washed and the “caring” hands of state employees are stroked, yes - he is fed up, yes - he has money for personal expenses. But there is one thing. The young man experienced a real moral trauma, believing that he and his parents were simply deceived. And he frankly does not understand for what purpose ...

He repeatedly ran away from the orphanage, but he was returned back with threats that if the shoots did not stop, the boy would end up in the prison.

Why did the government have to go exactly on this strange path, and why it was impossible to just help a family that was clearly experiencing financial difficulties? It turns out that an obvious bias is being formed in our country: it is much easier to pick up a child from a family than to donate the same washing machine to a family in need ... It is much easier to alter the status of a minor by writing mountains of paper than to help the family overcome certain difficulties. And there are thousands of such examples throughout Russia. Healthy parents declare incompetent, large families - disadvantaged. What is the purpose? So far, the goal seems to be the same: to fill the “beds” of orphanages, rehabilitation centers and other similar institutions in order to get additional funding and special status for them. Knock out of the same state budget. Paradoxically, this is an example of how government agencies are actually looking for, sorry, the material for their own work ... It is depressing that this material is our children ...

Here is one of the grimaces of the very juvenile justice, which is designed to protect the rights of the child ... But, forgive me, if the child himself wants such protection. After all, if you extrapolate the above example, it turns out that in our country every second parent can be deprived of parental rights, and the child sent to an orphanage. Someone forgot to clean the shoes, some parents are forced to take out the garbage, and they even give a slap for what they didn’t make in time, and someone skipped a lesson at school ...

However, how much material for the work of juvenals! .. How many unspent budget funds! ..