Who found sedition in the new presidential cyber security decree? 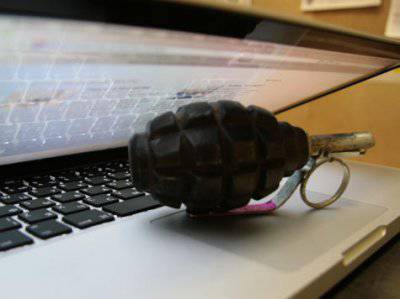 President Putin recently signed a decree on the creation of a state system for detecting, preventing and eliminating the consequences of computer attacks on information resources of the Russian Federation. Now all the tasks of creating a quality system that raises the level of so-called cyber security, forecasting the situation in this area, preventing attacks and finding those responsible for such attacks will be performed by employees of the Federal Security Service.


The cybersecurity situation has been discussed for a long time. However, it was recently that increased attention began to be paid to her. This is due, among other things, to the identification of a grandiose intercontinental hacker network, which acted with the aim of obtaining information of a very different nature, using Internet technologies. Hackers, according to the specialists of anti-virus laboratories (including the specialists of the Kaspersky Lab), were interested in literally everything: from text files in txt format to news tapes. The presence of active actions on the part of an international team of hackers was established with the help of special technologies, which recorded not only the presence of the most malicious program code, which often "climbed" into the computers of diplomatic departments, military organizations, research centers, but also involvement in the creation of an advanced virus of Russian and Chinese hackers. Specialists from anti-virus laboratories got on the "Russian trail" after they found sets of Latin letters in the code, which were words from the Russian language.

As an example, Kaspersky Lab gives such variations as Zakladka and PROGA. The fact that these terms in the code appeared purely by chance, or that these words were introduced specifically for the appearance of suspicion about Russian programmers, the laboratory specialists do not believe. In addition to the “Russian trace”, a trace from Germany was also found. Several iP-addresses from which all this most complicated system was coordinated were located in the territory of the Federal Republic of Germany. After identifying the actions of the hacker network, it turned out that the attacks were aimed at different countries of the world: from Europe and Russia to the countries of Southeast Asia. There is no definitive answer to the question of why exactly hackers needed to collect information on such a scale. There is an opinion that subsequently obtained data can be used both for political and economic purposes: from banal cyber theft to whipping up the political situation in various countries of the world. For the viral network, they quickly found the name - “Red October” - with an obvious touch in the style of a Hollywood show.

The appearance in the media of materials that the global cyber attack was revealed, but its organizers and performers remained undetected, provides food for thought about the vulnerability of not only the personal information of each Internet user, but also the vulnerability of information that represents the basis of the security of the whole state. Obviously, if the security of network data of a single person using the Internet, for example, for exchanging emails or viewing fresh news, should be taken care of by private structures (the same anti-virus services, providers and other similar companies that provide certain Internet services), then here it’s somewhat strange to trust private firms to the security of the entire state. It can be said with full responsibility that today, among all more or less developed countries of the world, there is not a single state that would use the services of “private owners” to restore order in the field of security, including in the field of cybersecurity. That is why the president instructs the FSB to carry out all work aimed at improving the security system from network attacks on Russian Internet resources (for example, on the network resources of the Government of the Russian Federation, the Kremlin, diplomatic missions of the Russian Federation in foreign countries).

And if someone believes that hackers are not interested in sites that belong to the Russian authorities, these people are wrong. Only in the last month, sites that are the basis for displaying information by the president, the prime minister, individual ministers, have committed several hundred or even thousands of attacks. Some attacks reach their goals, and the sites mentioned can collapse overnight.

So it was, in particular, with the presidential site, when immediately after the inauguration of Vladimir Putin, the site was attacked by an international group of hackers and within an hour with a small access to this resource was completely blocked. Then the hackers said that their attack on the website of the president of the country is nothing but support for the opposition march in Moscow. And if then none of the hackers could be identified, then the case of a Siberian hacker who hacked the same presidential site became iconic. History A burglary occurred on 9 last May, when a resident of Krasnoyarsk also decided to support one of the opposition marches in a very peculiar way: using a virus program to hack kremlin.ru. The location of the "joker" was established, after which the hacker was detained. The court convicted under Article 273 of the Criminal Code of the Russian Federation “Creation, distribution or use of computer programs or other computer information that are intended for unauthorized destruction, blocking, modification, copying computer information or neutralizing computer information protection tools”. As a result, the hacker was convicted of imprisonment 4.

Naturally, the overly democratized brotherhood then declared that the sentence was barbaric, and that the thirty-year-old man had become "another victim of political repression." However, the same people deigned to express themselves quite differently with respect to other hackers who, several days later, launched attacks on websites, as they say, liberal media: Echo of Moscow and Kommersant, for example. Then the hackers who "brought down" these sites were immediately accused of collaborating with the FSB and almost personally with Putin. One of the hackers was found in the capital, the other in the Far East. Both received convictions. But even this did not convince "demokratizirovannyh" that the hacker attack is a hacker attack. It can come from where it was not expected and be directed to the resource that the hacker or the customer chooses as the target. As a result, it remained that the convicted for cybercrime against the website of the Russian president was a “political prisoner”, and everyone else worked specifically to divert his eyes, because they are “real FSB wolves” ... A classic opposition song to which Russia began to get used to.

So this time, as soon as Vladimir Putin endowed the FSB with special powers to create a developed cybersecurity system, there were heard cries from the opposition camp that supposedly an attempt to crush freedom of speech, to step on the throat of the “free” press and everything. At the same time, the question immediately arises: how is the development of a security system in the cyberspace generally related to the infringement of the freedom of speech? Or only Russia is engaged in such cases? Are there really no special services in the United States or in Europe that actively monitor the protection of not only real borders of states from external attacks, but also borders in the Internet environment? Yes, in the same US, this system has been working for quite a long time and allows for a year, let's say, to repel hundreds of thousands of attacks both from the outside and from internal ill-wishers. Only in the United States did it not occur to anyone to call the creation of a multilevel cyber security system an attempt to suppress the press and interfere in the affairs of the “fourth estate”.

Our situation is different. It seems that the main factor in the fact that opposition publications have raised a lot of hype about the release of a new presidential decree is not so much the decree itself as the word "FSB". This abbreviation for a certain category of people (both in Russia and abroad) has a truly magical property. As soon as these people hear the "FSB", so it begins to itch in different places. Apparently, it is still itching, and then the document has already been called the next manifestation of bureaucracy and an attempt to usurp power from the special services.

Interestingly, what about the opposition leaders actually believe that cybersecurity is a frivolous phenomenon, and that our segment of the Internet is clean and immaculate, such that hackers outlaw its kindness sincerely? .. Obviously, they don’t consider. They just do not miss the opportunity to once again cling to the decision of the authorities, declaring it to be either anti-national or destructive. They have such a job. But the FSB has another one ...