January 22 2013
310
In the advanced countries of the West, numerous studies have been published in which attempts have been made to determine the rating of the best basic combat tanks of the world today 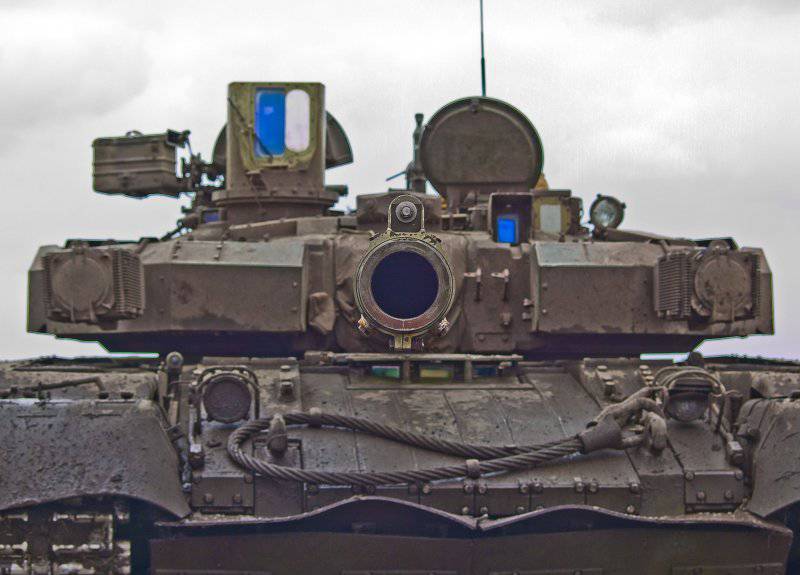 Having analyzed in detail the previously created most famous western tank ratings, it was possible to reveal that all of them have a common characteristic error, which makes their results not legitimate - they were compiled by subjective evaluation without reference to the calculated modeling of tank battles, which would be based on close use in real calculations tactical-technical and combat capabilities of a specific tank sample in comparison with other tank models.

Well acquainted with the key mistakes of Western experts in the preparation of tank ratings, the first domestic tank rating is built on the key parameter of any weapons - combat effectiveness, that is, performance.

The basis of combat effectiveness was initially invested two main key parameters of the tank. The first parameter is security and the second firepower.

A tank as a combat unit is in itself ineffective on the battlefield. The simulation was carried out taking into account that each main battle tank was considered in the system of application at the level of a tank battalion.

The basis for the tank battalion was taken by the state battalion in the 41 tank. In complex simulation modeling, the oncoming tank battle was taken as the basis of the battle.
The maximum initial combat clash distance between tank battalions was given in 2 kilometers. During the simulation, the firepower was calculated taking into account the individual advancement of the SLA and the use of ammunition characteristic of each type of main battle tanks.
The training level of the crew of the tested tanks was equally equal to everyone at the 0,75 level.

Under the conditions of modeling the oncoming tank battle, the battalion against the battalion, the winner of the tank rating was determined by the complete destruction of the enemy's tank battalion. A higher place in the tank rating between tanks that produced the same number of victories was determined by comparing the number of survivors (who retained combat capability) in tank battles in the winning battalions, thereby evaluating the combat effectiveness of a specific model of the main battle tank on the battlefield over its competitors rated.

After simulating an oncoming battle tank battalion battalion, it was possible for the results to reveal that the first place is occupied only by one tank - Ukrainian T-84 BM Oplot, who managed to win all 12 victories in all twelve simulated battles conducted with all tested tanks.

The simulation confirmed that the Ukrainian main battle tank BM Stronghold on firepower and security, at this time has no equal to itself, among modern and promising tanks in the world.

The computational simulation carried out practically showed that the BM Oplot tank currently has among the most representatives of the tank world the most modern armor protection, which, combined with the built-in dynamic protection of the new generation Duplet, gives the tank incredible security by today's standards. 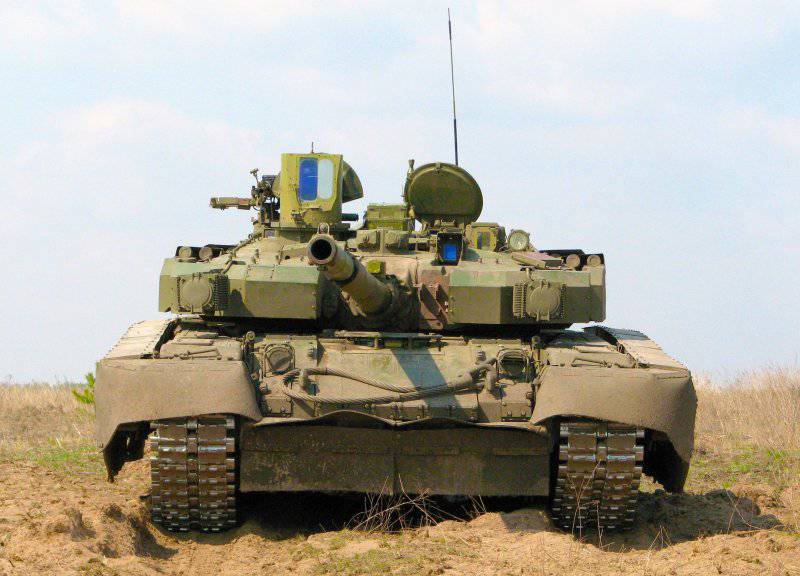 The best main battle tank of the world 2012 of the year Ukrainian T-84 BM Oplot is produced at the State Enterprise "Malyshev Plant" in the city of Kharkov.

KMDB, in conjunction with the Malyshev plant since the times of the Soviet Union, is the leading forge of world tank construction. Such legendary masterpieces of world tank building as tanks: BT-5 / BT-7, T-34, T-44, T-54, T-64, T-80UD Birch came out of the assembly shops of the tank factory named after Malyshev. 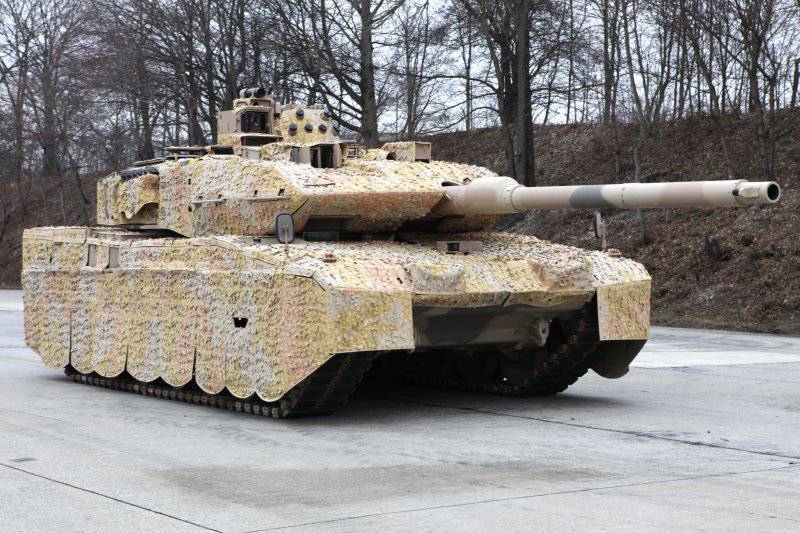 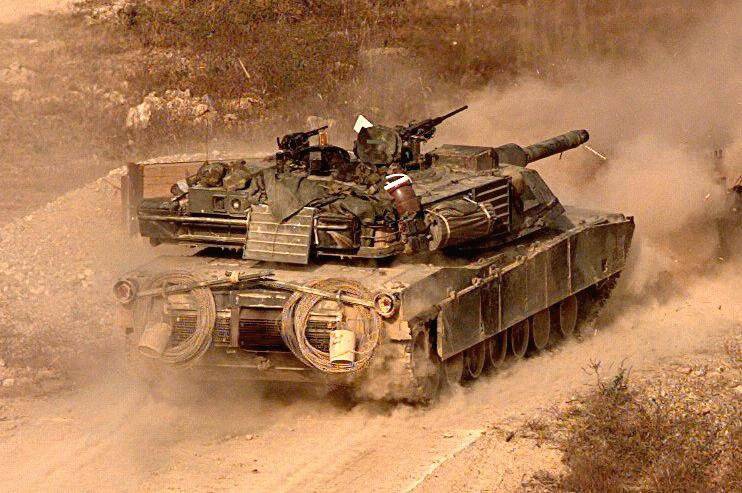 The second place of the world tank rating of modern main battle tanks is shared by the German tank Leopard 2A7 and the American M1A2 SEP V2 Abrams.

The Leopard 2A7 and M1A2 SEP V2 Abrams tanks won 12 simulated oncoming 10 tank wins, one draw (each other) and allowed only one defeat, losing only to one tank that won the first place - the Ukrainian T-84 BGMMM lost to the Ukrainian T-XNUMX.

Second place occupied by the American M1А2 SEP V2 Abrams and the German Leopard 2A7 indicates that the American and German tank building develops in step with the times and occupies a leading position among other leading tank-building powers of the West. 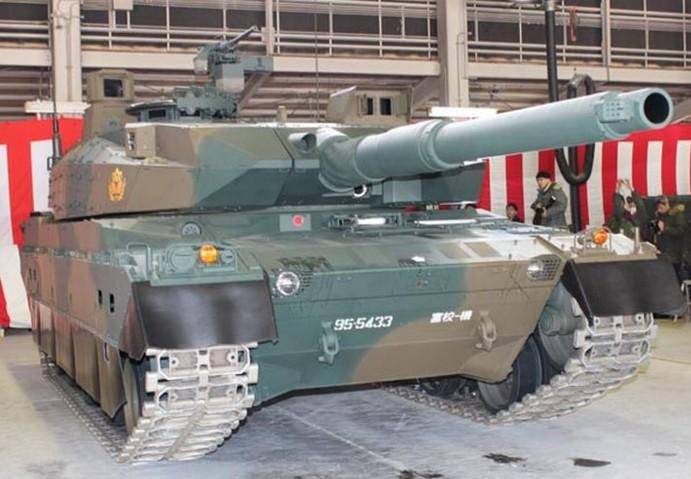 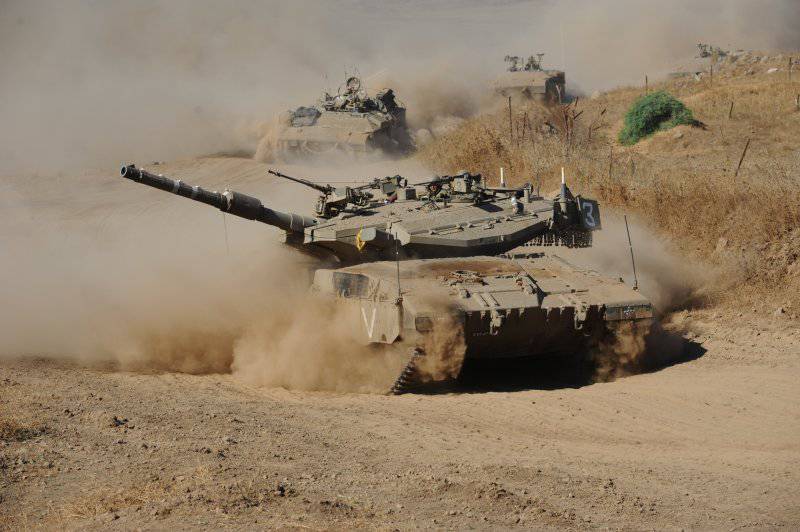 The newly-formed Japanese Type-10 tank adopted by the Japanese armed forces in January 2012 and the Israeli most advanced tank Merkava Mk.4 share the third place among themselves.

In the oncoming tank battle, these two types of tanks in 12 battles won 8 victories, one battle was reduced to a draw and three battles lost, the first three tanks of the rating - Ukrainian T-84 BM Stronghold, German Leopard 2A7 and American M1А2 SEP VXNXXXXXXXXVXNXXX 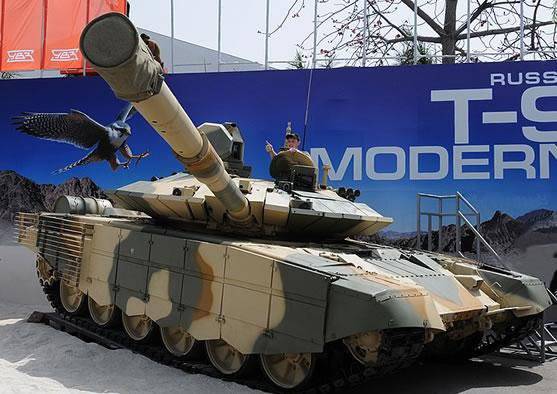 The fourth place in the ranking is occupied by the experienced Russian T-90MS Tagil tank, demonstrated to the general public in the autumn of 2011 at the international exhibition of weapons REA-2011 held in Nizhny Tagil, Russia.

The demonstrator tank (concept tank) T-90MS Tagil is another improved modernization of the most modern obsolete serial Russian main battle tank T-90А of the 2006 model. After the Russian Federation Ministry of Defense refused to buy a very expensive tank for the needs of the Russian army T-90A, not responsible for the key parameter "price-quality", Scientific and Production Association "Uralvagonzavod", so as not to lose the state defense order for tanks in an emergency order on its own Ativ developed an improved tank upgrade version of the T-90A under a new name T-90MS Tagil.

The new version of the modernization of the T-90A tank in the T-90MS Tagil version did not give the tank phenomenal fire and driving capabilities, only once again inflating the prices of new tanks, thereby making the new tank even less attractive on the domestic and foreign weapons market.
Russian tank T-demonstrator 90MS Tagil during simulation of winning fights 12 7 counterpropagating tank battles in such tanks: Pakistani Al-Khalid Mk.1, Indian Arjun Mk.1, British Challenger-2, a French AMX-56 Leclerk, Poland PT -91M Twardy and Chinese ZTZ-99A2 (Type-99A2). 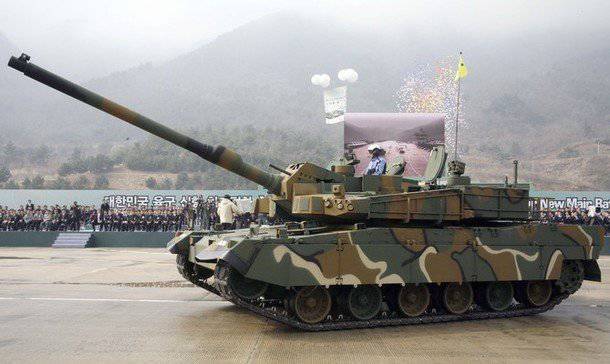 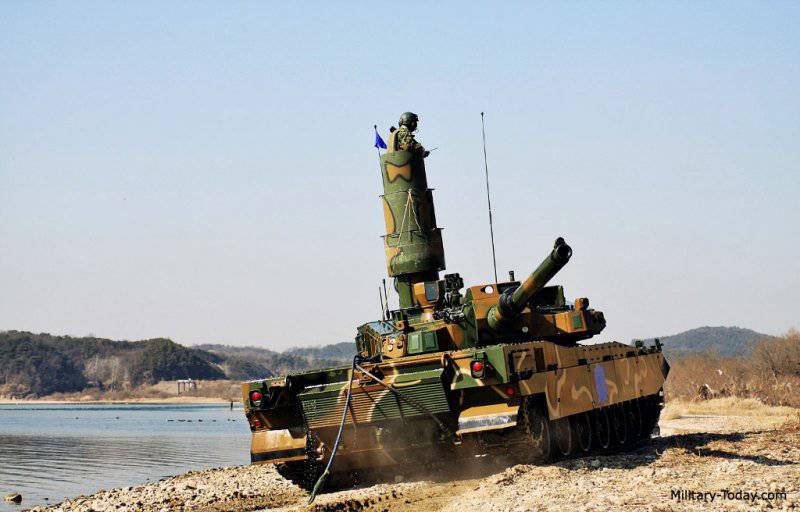 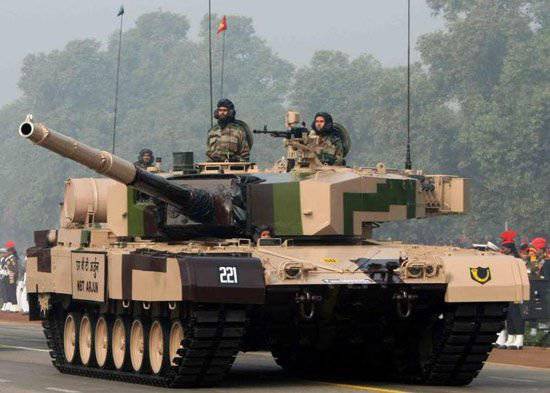 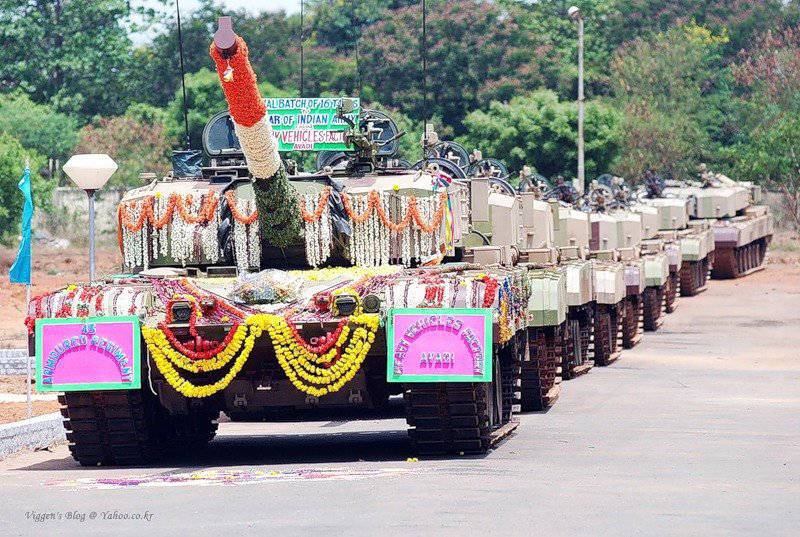 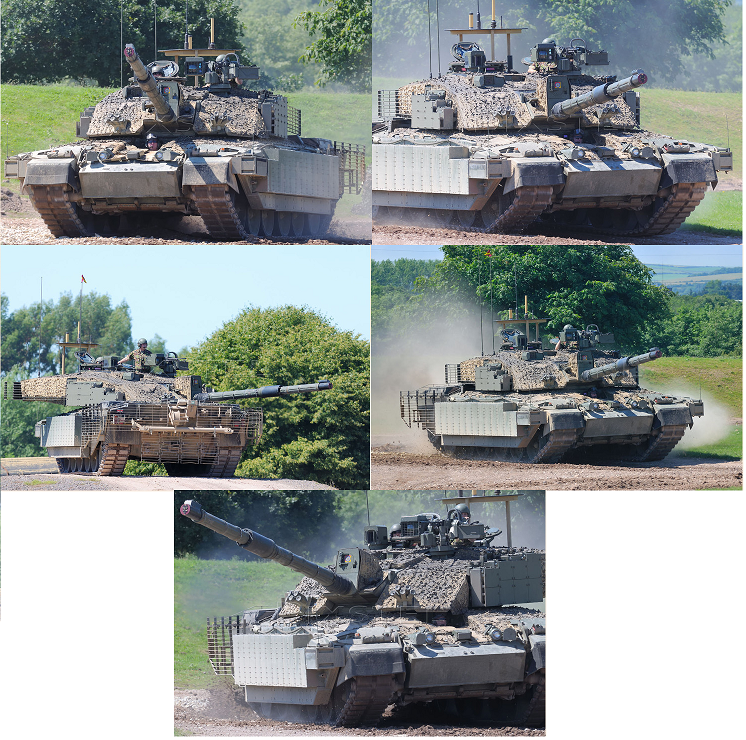 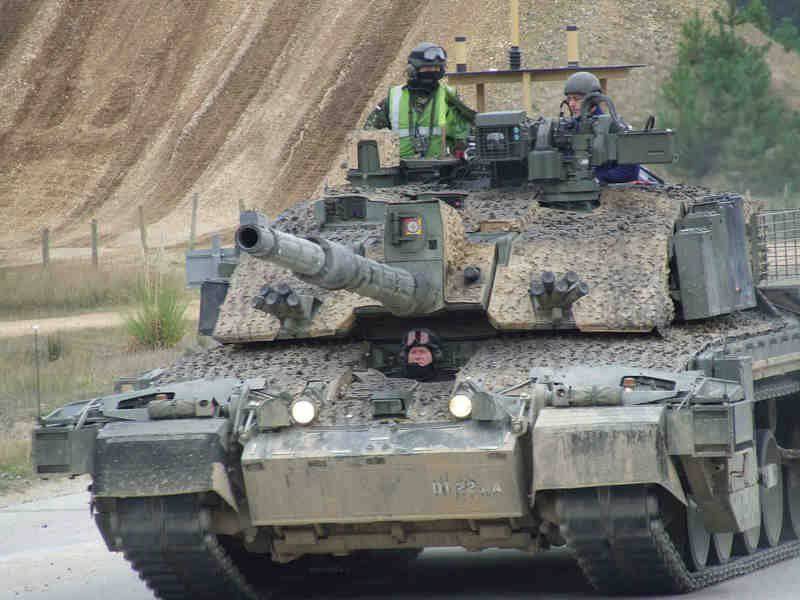 Modeling showed that these two types of tanks have equal combat potential. As a result of the simulation, the British and Indian tanks won 4 tank fights equally, 7 lost and one was tied to each other.

The draw between these tanks indicates that India, at 2012, has reached the technological level of British tank building in the development of its tank design.

The Indian tank Arjun Mk.1 was developed on the basis of the now outdated German tank Leopard 2A4, in fact, being its improved copy. 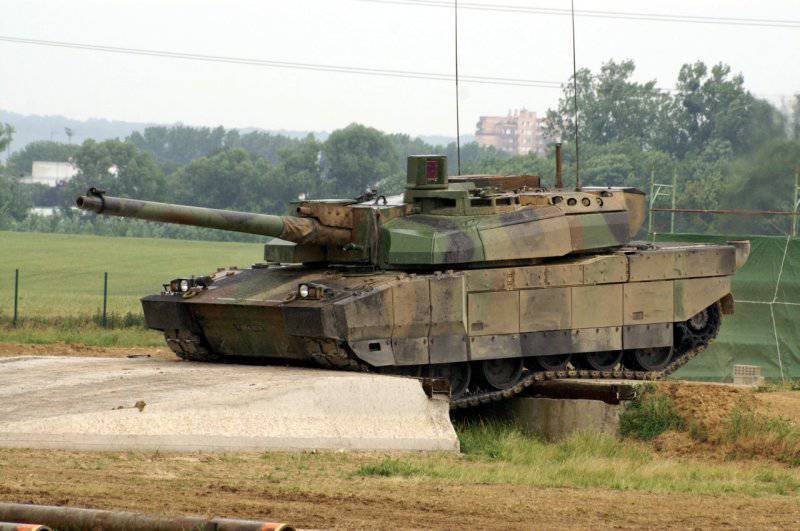 The seventh place is taken by the French tank AMX-56 Leclerk, which won only three tank fights from twelve in the Polish PT-91M Twardy, the Chinese ZTZ-99A2 and the Pakistani Al-Khalid Mk.1.

The French tank Leclerk at the time of its appearance in the 1994 year, was the most advanced, high-tech and expensive fighting vehicle in the world. But until today, the French tank AMX-56 Leclerk significantly lost its initial advanced potential, as the French, firstly, completely closed the assembly line, and secondly, they have not spent a single major upgrade in all this time to enhance the security of previously produced tanks.

The security of the French AMX-56 Leclerk tanks remained at the same level, equaling the entire 650-700 mm in equivalent steel homogeneous armor. At a time when other Western tank builders in a timely manner improved the fire and armor characteristics of the M1 Abrams, Leopard 2 and Challenger-2 tanks, making a significant leap forward. 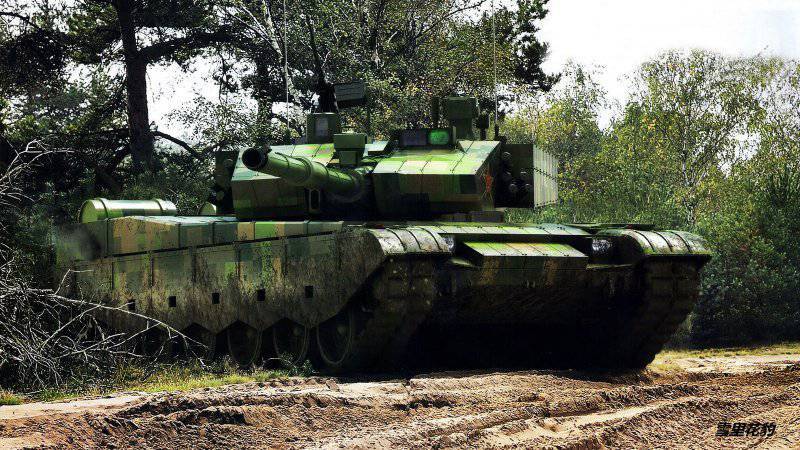 The eighth place in the world tank ranking is occupied by the most advanced representative of the Chinese tank industry, the tank ZTZ-99A2.

The design simulation showed that the Chinese representative, the ZTZ-99A2 tank, was able to win only two victories over the Pakistani Al-Khalid Mk.1 and the Polish PT-91M Twardy. At the same time, 10 lost out of twelve fights to tanks above the one in the ranking. 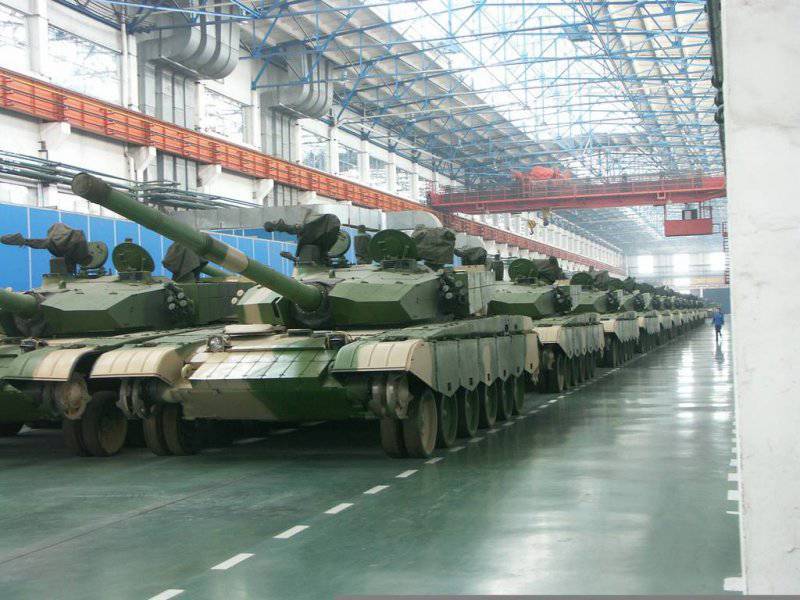 The occupied eighth position by the ZTZ-99A2 tank only confirmed once again the well-known fact that Chinese armored vehicles are exceptionally poor reliability, poor build quality and poor tactical and technical characteristics. 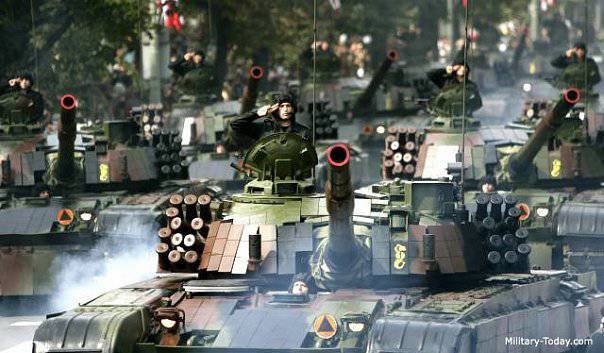 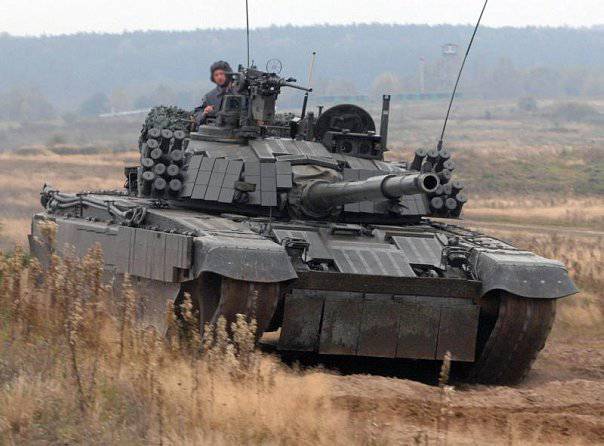 The ninth place was taken by the Polish tank PT-91M Twardy, which was developed at the beginning of 90-s based on the obsolete Soviet export tank T-72М1, supplied by the Soviet Union to Poland in the 80-ies of the XX century.

According to the results of the simulation of an oncoming tank battle, the Polish tank PT-91M managed to win only one victory over the Pakistani Al-Khalid Mk.1. At the same time, after a battle conducted by Pakistani tanks, in the ranks there are less than one company of combat-ready Polish tanks, in total 7 units. Which clearly testifies to the unconvincing victory of the Polish tanks. 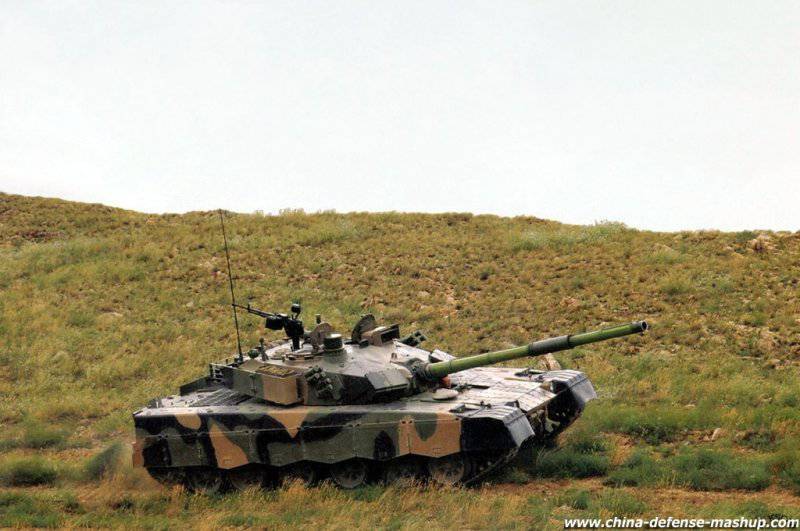 The last tenth place in the ranking is taken by the Pakistani Al-Khalid Mk.1 tank, which established an absolute anti-record, losing all 12 from 12 to simulated oncoming tank fights to all of the higher ranked representatives of the tank rating. 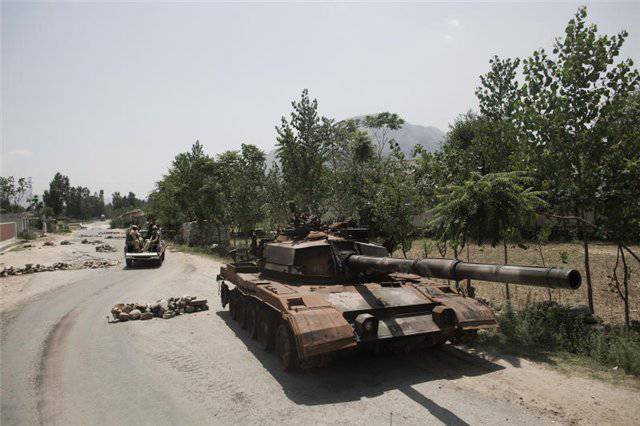 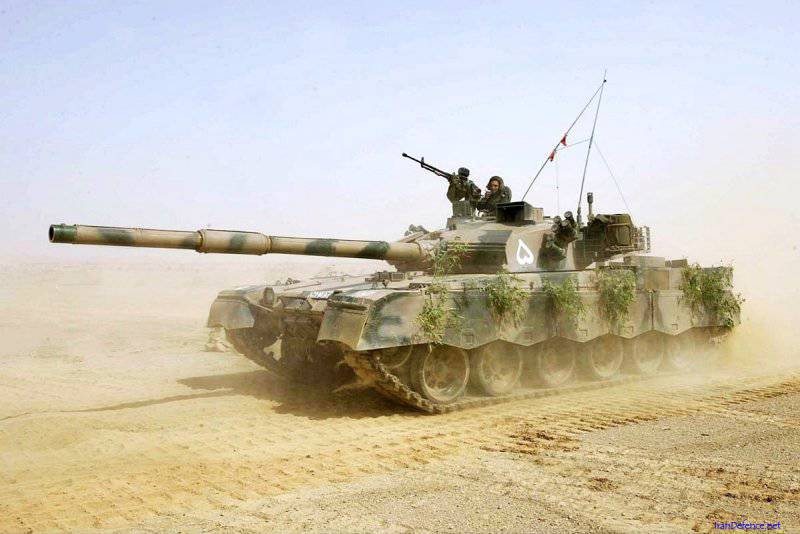 When compiling the tank ranking of the best main battle tanks 2012 of the year, 13 of the main battle tanks of the leading tank-building powers of the world were analyzed for the first half of 2012 of the year. The counter battle tank battle of a tank battalion against a tank battalion at a distance of at least 2 kilometers was taken as the basis of the battle. The simulation was based on the real, two most key characteristics of any tank - firepower and security.

Simulation of an oncoming tank battle at a distance of a kilometer 2 showed that the most powerful tank in the modern armored world today is the Ukrainian main battle tank T-84 BM Oplot, which surpasses all modern and prospective tanks in the world by all indicators.

The second place of the tank rating was shared by the German tank Leopard 2A7 and the American Abrams M1А2 SEP Version 2.

Comprehensive design simulation revealed that the first three tanks of the rating have a huge combat potential unattainable for today for the rest of the dozens of modern main battle tanks of the world.

The simulation revealed that the Pakistani Al-Khalid Mk.1 tank in the middle of 2012 was the weakest tank in the modern armored world. 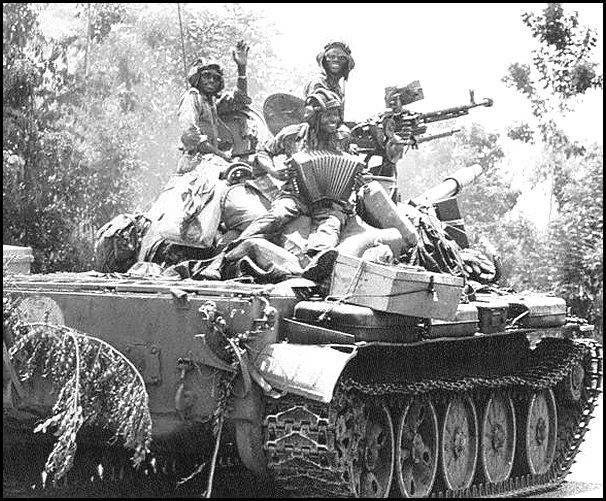