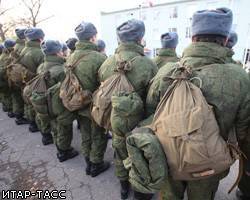 The investigative committee announced the initiation of a criminal case against senior officers of the Russian Ministry of Defense.

According to the investigation, the suspects, being officials, since August 2009. to September 2010 they repeatedly extorted bribes from representatives of commercial organizations for their admission to participation in auctions held by the 62 department for the supply of food for the needs of military units and institutions. For their part, the military promised the merchants to organize their victory in these auctions, as well as the earliest acceptance and subsequent payment for the products supplied.