What do secret services do? 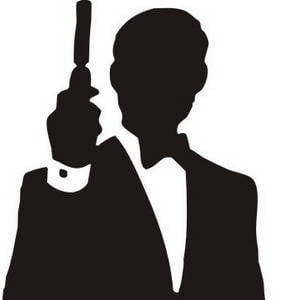 My name is Bond: cliches and myths

Numerous stories, jokes and jokes act out the image of intelligence, which was created and fueled by spy novels and films (first of all - about James Bond, 007 agent). But the reality in comparison with this is often not at all impressive. As the German expert Erich Schmidt-Eenboom wrote, “the second oldest profession”, thanks to the romantic nimbus that is distributed by show business, creates an erroneous view, ostensibly the purpose of its work is to use brave agents operating behind enemy lines and stealing secrets from secret offices of foreign powers. This idea has very little to do with the daily work of intelligence. Although public praise, or, conversely, ridicule over failures, most often concern precisely this, albeit very small, part of their work.

But the secret service is a special phenomenon. They operate secretly and, at first glance, inaccessible to control before society, like other parts of the state mechanism in democratic countries. In addition, it was the special services that earned a very dubious fame as a tool of repression in dictatorial regimes.

Intelligence, to be effective, must keep some of its activities secret. This complicates the correction of prejudice. The secret services, conspiratorially observing extremists, terrorists and agents of the enemy, would be useless, would have sat down to provide the general public with their working methods and the information obtained as a result. There simply cannot be such “transparency”, but it is precisely this that always feeds myths and speculations around intelligence.

The rise of espionage: “Cold War”

After World War II, politics determined the geopolitical division of the world into two parts between the East and the West during the Cold War. It was the heyday of all intelligence agencies. The “enemy” and his intentions seemed to justify any methods and means. And on German soil, the rivalry between the KGB and the CIA bore peculiar fruits. Berlin was simply overwhelmed with agents who tried to deceive and expose each other. This was the beginning of intensive mutual listening, recruiting and recruiting of agents, as well as large-scale “intelligence programs.” But it was also a “simple time,” for it was precisely known who the “enemy” was and where it came from. With the end of the Cold War, espionage did not lose its meaning, but its goals and objects changed. The bipolarity of the Cold War drowned out regional conflicts, led to the “discipline” of the parties to the conflict and, thus, to the stabilization of the world order, in which the lines of conflict were clearly outlined. The current multipolarity, characterized by a large number of regional conflicts, sometimes prolonged for many years, involving many local counterparties, has led to a situation of unpredictability, in which political influence is becoming increasingly difficult. Political, economic and social processes call into question the ability of individual national states to act in general. And the cause and effect of such a development are now actors acting outside state structures, such as private armies and international financial structures. There are transnational economic zones on the one hand and cultural and civilizational communities within the same state. From there emerge new attachments expressed in religious or political movements. In short, a large number of new actors and potential partners in conflict creates a blurry overall picture. Important areas of information are becoming wider, and its rapid acquisition is even more valuable. Therefore, espionage today is directed not at a bloc of hostile states, but at a huge number of goals, at domestic, foreign and defense policy, at studying social structures and framework conditions. The advantage in knowledge is and remains an instrument for creating a national strategy.

In addition, economic espionage engaged in industrial policy, science and technology plays an increasingly important role. The reason for this was, for example, the growing interest of developing and transforming countries in modernizing their economies in order to compete more quickly and at the lowest cost in international markets. But the old industrial countries are not sitting idly by. The competition is becoming sharper, and therefore they are trying to get advantages in this competition. The palette of spyware targets extends to the whole way of creating a product: from the study of fundamental scientific foundations through product-oriented development to economic use and marketing strategies. Another reason for the surge in economic espionage is the efforts of the "rogue states". Especially the development, production and service of modern weapons systems imply sufficient “know-how”, which so far only developed industrial nations have.

Not only the goals, but also the methods and means of espionage are subject to constant changes. Today, at the time of the most modern and rapidly developing technology, the acquisition of intelligence information with the help of computers and satellites is especially progressing. But the “human factor” will always have its special meaning, for example, in the field of analysis and evaluation of the information received.

The method of intelligence in their espionage actions is multivariate and diverse. “Classical” methods include obtaining open information and retrieving it during conversations, using your own undercover employees, recruiting (alien) persons as agents and sources, and obtaining information using technical means, such as radio intelligence and other listening methods (electronic intelligence service). In addition, in economic espionage in connection with the illegal transfer of technology and the receipt of important products (the so-called “dual use” - which can be used both for civilian and military purposes), a special method of masking plays an ever-increasing role by creating special coverings for covering up firms and institutions (especially export-import).

No intelligence can be imagined without the use of its own intelligence officers - under the guise of or "illegal immigrants" - and recruiting foreigners as agents ("human" (intelligence) intelligence, in English - "Human Intelligence", HUMINT (HUMINT)). Such intelligence agents and agents are an important factor, since, as a rule, in this case we are dealing with well-trained personnel with strong motivation. Technical intelligence in the course of general scientific and technological progress has complemented and expanded the possibilities of “HUMINT”. First of all, the worldwide communication network, in addition to its obvious advantages, is a very serious risk due to the wide listening possibilities. To this is added the increased risk of unauthorized access to protected information. Intelligence agencies of almost all countries realized these trends and accordingly changed their espionage activities, making extensive use of, for example, eavesdropping telephone / fax networks using technical devices that respond to certain words.

Not only political, but also economic espionage in the network and data banks is becoming increasingly important. He uses the means of classical radio intelligence, participation in information systems or illegal access to them, penetration of agents into sensitive areas (data banks). In addition, every effort is made to gain access to relevant results or to master communication technology through “ordinary” commercial connections.

Nevertheless, secretly obtaining information today is to a lesser extent than before being the main source of intelligence information. Open sources, i.e. Purposeful analysis of information that anyone can theoretically have access to during the course of technical development and changes in the world of the media has received much greater significance. Like other administrative bodies, like journalists or the informed public, intelligence officers also read newspapers and magazines, analyze radio and television programs, and new electronic media (the Internet). In the case of monitoring any organization, they collect all openly available information (leaflets, programs, slogans), attend social events, receive information from publicly accessible card files and registries, or interview people. And they often act openly as employees of “organs”. Today, up to 60% of information comes from public sources. To these should be added and information received from other authorities, police reports or court sentences - about 20%.

But what about technical intelligence? Many people worry that their personal information, apart from their will, can be collected by third parties and used against them. At the same time, they have little trust in government agencies and especially the special services. On the contrary, they are suspected of all sorts of sins, creating a rather “dark” image. But this view is erroneous: it is precisely because the entire sphere of intelligence is so sensitive, just in legal states, such as Germany, the duties and rights of the secret services are very clearly regulated. And the observance of these rules is constantly monitored and submitted to the public by independent institutions and organizations.

In this case, the competence and structure of these services varies greatly. Sometimes, for example, in the USA and the UK, technical intelligence is allocated to a separate service. The countries of the European Union and, for example, Israel follow the classical pattern. At the same time, military intelligence can also be divided into two parts - for actions inside the country and abroad. States whose regional and global role requires the creation of differentiated structures have their own characteristics. Since there is no commandment in the United States to share competences between the police and the secret service, the FBI’s federal police there play the role of an internal secret service. It is America that can be an example of how complex the structure of state secret services can be.

The internal organization of the secret services also focuses on classical schemes. Planning and management should be followed by obtaining information, divided into “operational intelligence with human sources” and “technical intelligence”. Then there are special departments involved in the fight against terrorism, economic intelligence, the fight against organized crime and the spread of weapons mass destruction. All collected information is flocked to the analytical department, which is trying to create an overall picture of the situation on their basis. Analytical and informational reports are issued from these assessments, which are transmitted to decision makers. In many special services, for reasons of secrecy, the employees of the analytical and operational information departments do not know each other. Most intelligence services are organized today either by levels of information (for example, the extraction of information and its assessment) or by areas of activity (for example, organized crime or the fight against terrorism). The German Federal Intelligence Service (BND) is a good example.

Of particular importance is the analytical department. It depends on the quality of the estimates of the secret service. Collecting as much qualitative information as possible is very important, but it is even more important to create an overall picture from thousands of information unrelated to each other, like in a puzzle. This is the Achilles heel of intelligence, because with the current technical capabilities it is possible to obtain many times more information than before, which all need to be processed and linked together. This is similar to the gear mechanism, in which decisions of choice (important or unimportant) should be made in such a way that the gears cling to each other and create a reasonable result. In the end, this result should be useful to those for whom it is created so that you can really work with it. This does not mean that the result must necessarily “satisfy the customer”, but he must give him information that he can refer to and which he can reasonably use.

Author:
Dr. Kai Hirschmann (born in 1965) works for the German Ministry of Defense, is Deputy Director of the Institute for the Study of Terrorism and Security Policy (IFTUS) in Essen, and at the same time teaches at the University of Bonn. Author of several books on terrorism. The book “The Secret Services” was released by the “European Publishing House" in the “Knowledge of 3000” series and is a brief digest on the topic of modern intelligence services.
Originator:
http://www.agentura.ru"rel =" nofollow ">http://www.agentura.ru