The tangles of military education reform: Serdyukov not, what's next?

January 14 2013
27
The ongoing reform of the Russian army, which includes, in particular, the modernization of military education in the country, is evaluated very unequivocally. Due to the fact that for most Russians, the name of the ex-Minister of Defense Anatoly Serdyukov became firmly associated with a certain negative (Serdyukov himself continues to contribute to it), evaluate all those actions that were carried out during the years of his leadership of the department, which is called a cold head. extremely difficult. Any assessment can quickly go astray in the direction of a new spread of facts of corruption schemes in the Ministry of Defense when he was at the helm of the said person. However, let us try to consider the changes that have happened in recent years in the field of military education, separating corruption flies from cutlets of planned reforms, if such a separation in the light of today's events with the ex-minister is possible at all ... 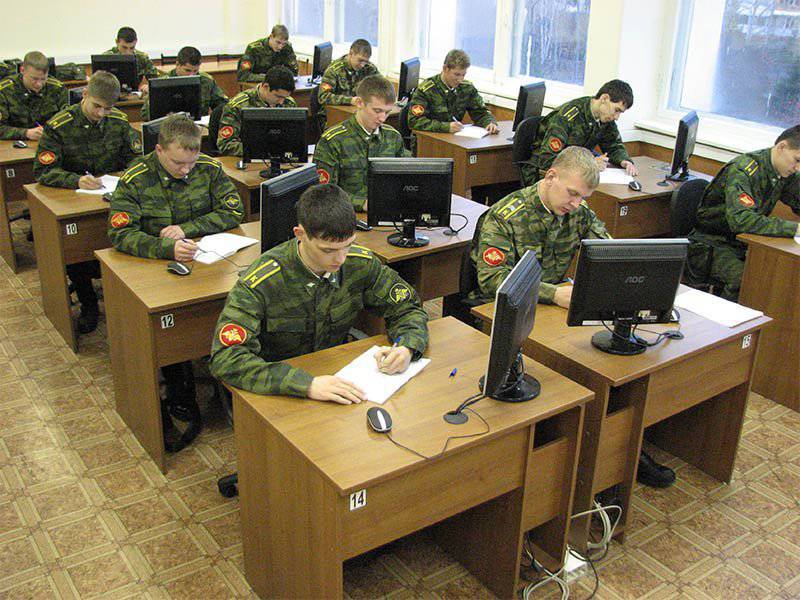 So, a few days ago, the Ministry of Defense of the Russian Federation received information that War Minister Sergei Shoigu took the path of a definite suspension of the reform of military education. Some publications have provided such information very discreetly, others have decided to follow the path of presenting "hot cakes", the filling of which is still untested. The first path followed the First Channel, which published information that Sergei Shoigu's move in terms of implementing changes in military education is only that he (Shoigu) decided to cancel the move of the famous Military Aviation Academy from St. Petersburg to the region. This decision was announced at the moment when Sergei Shoigu met with veterans. In addition to saying that the BMA, let's say, will be left alone, the Minister of Defense announced plans to develop an effective financing system for the Military Medical Academy in St. Petersburg, which would involve taking into account the new development strategy of an educational institution with the traditions of expanded medical practice.

Such a publication as “Izvestia” went the way of publishing materials, which boil down to the fact that Sergei Shoigu focused on counter-reform and canceled all decisions on the reform of the military education system, which were made in recent years. In particular, the newspaper reports that some unnamed source (and this publication often publishes data referring to “secret” sources) announced the withdrawal of all military universities from the sphere of influence of the Department of Military Education under the Ministry of Defense with the simultaneous transfer of educational institutions under the management of the profile commander. That is, all flight educational institutions will have to pass under the control of the Air Force, the ground - under the "custody" of the Main Command of the Ground Forces, etc.

The publication notes that this is due to the discreditation of its own work of the Department of Education at the Ministry of Defense. The main, if I may say so, discreditator is called Ms. Priezezhev, who led the department and was one of the “combat units” of Anatoly Serdyukov’s “women's battalion” discussed today. It was under Catherine Priezzhevoy that the now-present Bologna system with three educational levels for higher educational institutions was introduced into military education, which led to the vesting with the insignificant nickname by the military - “Bolonka”.

The appointment of Mrs. Priezezhevoy to the post of manager of all Russian military education caused criticism. Why? Because she absolutely had nothing to do with not only military education, but also the formation of any other type of relationship. Prior to her appointment, Pririezhev worked at the Federal Tax Service and collected taxes from companies specializing in the sale of alcohol and tobacco. The traditional appointment of the era of the ex-minister.

However, at that time it was somehow not customary to talk about appointments in the reforming ministry (reform, they say, you will learn everything later), and this appointment was due to the fact that the department needs a person who in fact cannot represent the interests of either party. military educational process, as well as the interests of the command of certain types and types of troops of the country. Well, well - Ekaterina Priezezheva performed the functions of “non-representation of interests” regularly exactly until the moment when she was dismissed by the new Minister of Defense Sergey Shoigu.

At about the same time, Shoigu signed a document that said that the Bologna system for the military training centers of Russia was canceled. This decision caused definitely positive emotions, if only because, based on the rating data published by various research sites, universities with the Bologna education system are beginning to give way to the leading positions of those high schools that refuse this system.

However, while there is no clear explanation of what kind of higher military education system will be built in Russia, they are not given in the Ministry of Defense. At the start of the second decade of 2013 of the year on the website of the main military department, the “Department of Education” section stubbornly “hangs” a document that reports on the main results of the activity of the military education system for the year. Apparently, spreading more recent results (for the year 2011) is not entirely appropriate due to the fact that the main figures that led to the achievement of these results, today neither in the department, nor directly in the ministry’s leadership, no longer work.

By the way, to understand the essence of the reform of military education, which was carried out under the ex-minister, it would be interesting to draw attention to some of the results of 2011, including. The document tells that the department headed by the aforementioned Mrs. Priezezhevoy continued the course of optimizing the network of military educational institutions. And, especially important, quote:

“Generally approved” - agree, somehow too vague ... And even to a certain extent it makes you look askance at the person who deigned 2011 in the summer (unless, of course, the department is cunning) to approve the course of military education reform ... Okay - they looked askance, go ahead…

Recently, we have already managed to teach us to read “optimization”, and meant “reduction” or “closure”. If you believe recently published data from one of the research groups, it turns out that over the past year in total, in Russia, as many as 4 military universities have been eliminated. Some higher military educational institutions changed their registration, although not always the staff of these schools could understand what would be positive if the military academy moved from point A to point B. But the staff of military universities could not explain, but the ministerial department explained eloquently . It turns out that everything was done in order to sever the corruption fetters that bind the military sphere of the country ... They chopped ...

The teaching staff has decreased by several times, while truly professional military teachers left their places, who managed to educate and train the military craft for not one generation of graduates, but they didn’t manage to prepare young military teachers somehow ...

On the one hand, we all perfectly understand that the military education system can and must be reformed. The modern realities of strengthening the security of the state and its citizens are somewhat different in terms of what was 25-30 years ago. We all understand that numerous military, or rather, paramilitary universities, which prepared most of them, excuse me, the unemployed or businessmen with diplomas of military engineers or specialists in the management of units of military equipment and command personnel, proliferated in their country. Obviously, the country does not need such "military specialists", the level of preparation of which, to put it mildly, left much to be desired.

However, very often in our country the word “reform” is understood as a call to start chopping off the shoulder. “A lot of universities, speak? Now let’s fade! ”“ You don’t need half a million officers - we’ll make 5000 - that's enough ... we’re all around sworn friends - we all love and respect us ... ”

Yes - half a million officers today, indeed, for the Russian army - an obvious bust. But after all, no one says that we absolutely need to hold on to the number of troops that was in the days of the Soviet Union. The point here is different. The system of the current reform is obviously not thought out. It is taken in the image and likeness of someone. But by whose name, no one can say. Neither can anyone tell us what kind of appearance our officials are going to bring to Russian military education. For the time being, this appearance seems to be a secret even for those directly connected with military reform.