News bulletin: the situation around the Senkaku Islands may escalate 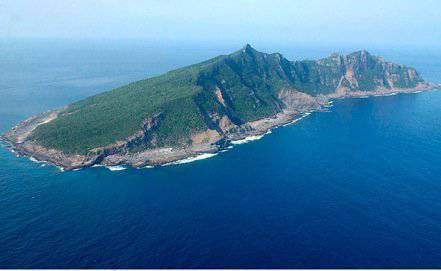 
Chinese patrol ships patrol the Diaoyu Islands / Senkaku Islands in the East China Sea. This is stated in the official statement of the State Oceanographic Department of the People's Republic of China, which is distributed today. In the area of ​​the islands are the ships "Haijian-51", "Haijian-26", "Haijian-66", "Haijian-137", according to a brief statement of the department.

The Chinese ships carry out "regular legal patrols" around the Diaoyu Islands, aimed "at protecting the country's sovereignty and rights to the sea," the statement says.

China refuses to accept the protest of Japan in connection with the regular entry of Chinese patrol ships into the zone near the disputed Diaoyu Islands / Senkaku / in the East China Sea. This is stated in a statement released today by the Ministry of Foreign Affairs of the PRC.

"The Diaoyu Islands and the islands adjacent to them are Chinese territory. Chinese ships operate in the waters near the islands within the law," the document says. "Japanese ships and aircraft repeatedly illegally entered the waters around the archipelago and found themselves in the airspace above the islands, and China has expressed its protest to the Japanese side, calling on it to stop illegal actions. "

On Tuesday, the Japanese Foreign Ministry spokesman summoned the Chinese Ambassador to Tokyo and expressed an official protest over the arrival on Monday of four Chinese patrol ships into the zone near the disputed islands.

The Japanese authorities decided to create a special permanent coast guard unit from 12 ships for the defense of the uninhabited Senkaku / Diaoyu Islands / in the East China Sea, which Beijing regards as its illegally occupied territories. As reported by the Tokyo media, the group will include about 400 fighters of the Maritime Security Directorate, which in Japan combines the functions of border and rescue services.
Already this fiscal year, it is planned to order six new patrol ships with a displacement of one thousand tons each. In the coming months, two existing large patrol vehicles will also be upgraded.

Senkaku / Diaoyu Islands / Japan included in its territory in 1895 year. Tokyo claims that they were uninhabited and did not belong to anyone. Beijing, for its part, declares that these territories were forcibly taken from him by Japan as a result of the war with China and should be returned. The conflict escalated sharply after 11 September 2012, when the Japanese government bought a number of these islands from their private owners, the citizens of Japan. Beijing believes that such a demarche is intended to reinforce Tokyo’s rights to these territories.

Since then, the Chinese patrol ships have already 21 once defiantly entered the area around Senkaku, which Japan considers its territorial waters. Beijing makes it clear that it will continue such mental attacks. Only on Thursday about ten Chinese aircraft, including military aircraft, also flew to the airspace of the islands. The Japanese F-15 fighters (Latin letter) were raised to intercept them. After that, the Chinese planes left the zone adjacent to Senkak, and no collision occurred. Tokyo reported that they did not fly into an area that Japan regards as its airspace. 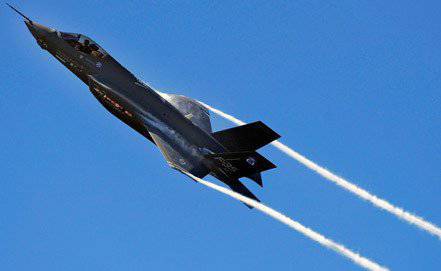 Japan today was again forced to fly the fighters in response to the approach of the Chinese aircraft to the airspace over the Senkaku / Diaoyu Islands / in the East China Sea, which Tokyo considers its territory. This is reported by the Japanese media.

A patrol aircraft of the State Oceanographic Office of the People's Republic of China was spotted 100 kilometers southeast of Senkaku. Directly into the airspace above the archipelago, the Chinese turboprop aircraft model Harbin Y12 did not go. The Coast Guard of Japan also reports that there are currently four guard ships of the PRC near Senkaku.

For the second day in a row, the Japanese self-defense forces had to use fighters in connection with the approach of Chinese aircraft to the disputed islands. On the eve of the airspace Senkaku flew about ten Chinese aircraft, including the military. The Japanese F-15 fighters (Latin letter) were raised to intercept them. There were no clashes, since the Chinese aircraft then left the area adjacent to Senkaku. Tokyo reported that they did not fly into an area that Japan regards as its airspace. The Chinese Foreign Ministry said that military flights over the East China Sea are "routine", and called the Japanese reaction to it "baseless and leading to an escalation of tension in the region."

Ctrl Enter
Noticed oshЫbku Highlight text and press. Ctrl + Enter
We are
Japan will increase military presence in the disputed with China Diaoyu Island (Senkaku)Japan expresses a protest to China in connection with the next entry of Chinese ships into the zone near the Senkaku Islands
Military Reviewin Yandex News
Military Reviewin Google News
75 comments
Information
Dear reader, to leave comments on the publication, you must sign in.