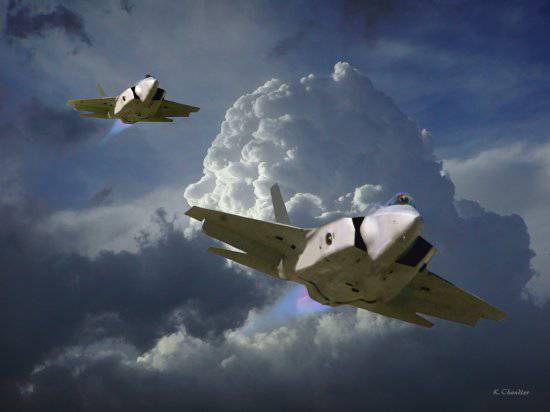 Undoubtedly, these planes will be built. But not all, not immediately and for where much more money than promised. Regular problems with the implementation only increase the doubt in the export potential of the new machine.

The overseas press leaked information from the US Department of Defense on yet another difficulty in promoting the Joint Strike Fighter (JSF) program - a project of the second fifth-generation American fighter. With each new message about delays and cost increases, the expert community is increasingly skeptical about the future of the aircraft. 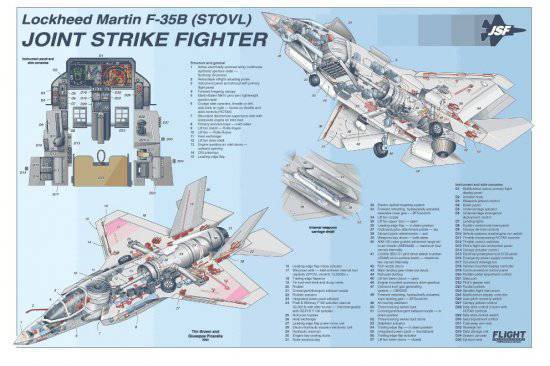 The F-35 Lightning II ("Lightning") fighter, created in the framework of the JSF program, will again become more expensive. The American journalists and experts failed to get specific figures from the Pentagon chief Robert Gates or any other representative of the United States military. The scant reports are about 10-percent increase in development costs (up to 55 billions of dollars), and, more importantly, about lagging behind the planned terms of operational readiness of the aircraft. The launch of versions A and C is postponed for 12 months, and for the more complex modification B, the pause will be delayed “from two to three years”.

The situation with "Lightning" is slowly getting out of control. The cost of a fighter's flight hour, presented at the start of development as a “cheaper” aircraft in operation, than the F-16 and F / A-18 replaced by it, is now, according to the most conservative estimates coming from the walls of the US Department of Defense, almost one and a half times higher these machines. The very same F-35 for ten years has risen in price from 50 to 138 million dollars, and this, judging by how events are developing, is clearly not the limit. 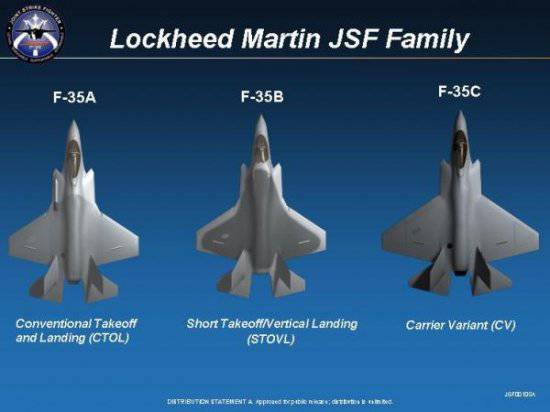 TO THAT GOING A REVISOR?

Civilians are becoming more and more persistent in the affairs of the military. On November 10, the White House commission to reduce the budget deficit published its recommendations regarding the financing of defense programs, in particular, the JSF. These proposals are full of specifics, which quite pulls on a loud sensation.

First, the members of the commission simply and artlessly advised to close all the work on the most "advertised" version of "Lightning" - F-35B with a shortened take-off and landing. This not only recognizes the actual failure of the ambitious direction in the design of aircraft (this is a painful, but rather an academic issue), but is also left without modern means of air support by the US Marine Corps.

Marines in the current conditions can no longer, according to their command, use the AV-8B Harrier II vertical take-off aircraft, which were supposed to replace the F-35B. Typically, the situation with aviation The ILC is compounded by another recommendation that is not relevant to the JSF program: to discontinue production of the MV-22 Osprey airborne tiltrotor (another “promising long-term construction” of the American defense industry) and to adopt “conventional” helicopters instead - the advanced CH-53K Super Stallion and the next modification of the UH-60 Black Hawk family.

Secondly, the commission’s conclusions contain a proposal “to halve the purchase of F-2015 versions A and C fighter by 35,” and close the “holes” in the balance sheet by acquiring F-16 (for the Air Force) and F / A- 18 (for naval aviation). At the same time, the justification made a modest remark that the cancellation of work under version B will accelerate the creation of the remaining two modifications of Lightning.

This logic in project management has been known for a long time and is just as well studied. Its peculiarity is that in the overwhelming majority of cases it leads to the opposite results: the rebalancing of project teams at the later stages of development contributes to a delay in the overall terms, despite the formal increase in the number of qualified professionals involved in the project. And the general contractor "Lockheed Martin" will actually be forced to engage in personnel changes in order to retain employees and the instinctive desire to "strengthen" the working groups in the failing program. 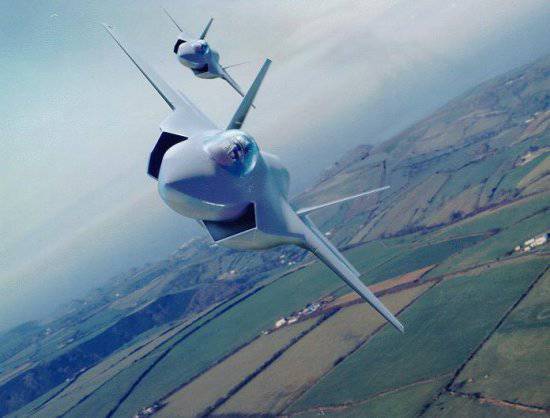 FOR WHOM THE BELL TOLLS?

But all these subtleties will fade before another problem - we started a conversation with her. Such reductions will dangerously increase the specific cost of new aircraft, which, together with an increase in the commissioning time of the aircraft, will significantly affect the compliance of US international partners, who were prepared to purchase a fifth-generation low-cost fighter, which is about to be ready. Thus, the Pentagon has driven itself into a vicious circle, any meaningful measures to get out of which increase costs and lower the viability of the JSF program.

From the point of view of arms exports, the situation is as good as possible for Russia. The PAK FA program, which is lagging behind the American developments in the creation of fifth-generation fighters in all time indicators, is moving steadily and calmly. The export potential of the machine has already been announced: India has announced that it is ready to purchase up to 250 units of the export version of the aircraft on the T-50 platform. These numbers look pretty fantastic, but here it’s not the quantitative indicators that are important, but the qualitative “message”: Russia gives the rest of the world a signal that its new aircraft will be delivered abroad.

The JSF program, in fact, was supposed to fill the demand for the newest aviation in third countries with an eye to the massive crowding out of all other potential developers (Russia, EU and China). The current state of affairs puts the F-35 in the not very advantageous position of the runner with a fixed “false start”. This does not threaten the US armed forces, which have already received the most modern technology - the F-22 Raptor fighter jets and ready to "digest" the unpleasant experience of percussive introduction of critical technologies. However, under the legislative ban on the export of Raptors, everything that happens with Lightning begins to look like the beginning of a potential failure in the representation of the American defense industry in the still emerging fifth-generation aircraft market.