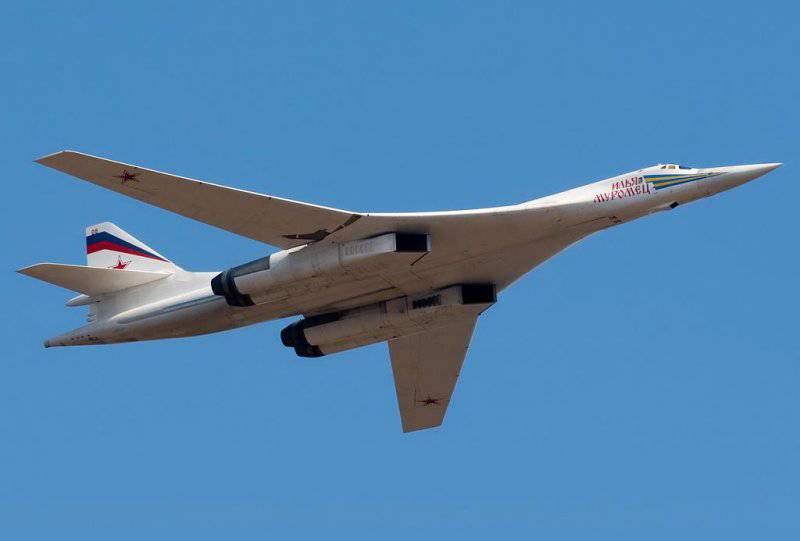 In the post-war period, in the period spanning 1950 - 1980's, a certain stagnation in textual onboard "creativity" is noticeable. Aircraft cease to perform the tasks of flying propaganda posters, and all information on them is reduced to a minimum.

The first steps reviving registered aircraft in Russian aviationwere made after the collapse of the Soviet Union and in connection with the sovereignty of the Russian Federation.

In 1991, on the basis of three aviation squadrons of the 234 th mixed aviation regiment (from 1992 it was reorganized into 237 of the Guards Proskurovsky Red Banner Order of Kutuzov and Alexander Nevsky Aeronautical Display Center): "Russian Knights", "Swifts" и "Notdemonic hussars ", in a short time received deserved fame in Russia and abroad. The pilots decorated the fuselages of their aircraft with the names of aerobatic teams. These names have become, in fact, their business card.

The Vityazi and Gusar airplanes were painted in the colors of the Russian tricolor, and the flag of the Air Force was painted on the keels. The first Su-27 aerobatics of the “Russian Knights” aerobatics group were not completely repainted, the tail section remained camouflaged. Three such Su-27 crashed in Cam Ranh. The new Vityazi aircraft have been completely repainted, but the “partially camouflaged 04 board flies today.

The Su-27 of the Lipetsk pulp and paper industry, similar to the Russian Knights, is similar in color to the aircraft of the Russian Knights, which is why they are sometimes confused. In Lipetsk Su-27 there is no inscription “Russian Knights” (which is quite understandable), the keels are painted in the color of the Russian flag, not the Air Force, the red-blue-white stripes across the fuselage and along the front edge of the wing are made thicker.

MiG-29 "Swifts" initially had a white-blue color, the name of the aerobatic team on board was not applied. A new, modern, red, blue and white color with a stylized image of a bird and the words "Swifts" appeared in 2002.

The main impetus to the revival of the traditionally registered aircraft in the Air Force was the period of preparation for the celebration of the 50 anniversary of the Victory of the Soviet people in the Great Patriotic War 1941-1945.

In preparation for the air parade in Moscow over Poklonnaya Hill, Commander-in-Chief of the Air Force (1991 - 1998) Colonel-General P.S. Deinekin25 ordered to assign two strategic bombers Tu-160, which participated in the parade, the name "Ilya Muromets". The choice of the name of the legendary aircraft of the period of the First World War was not chosen by chance. It was he who initiated the development of strategic bomber aviation in Russia, beating many of the world's leading powers in this area for several years. 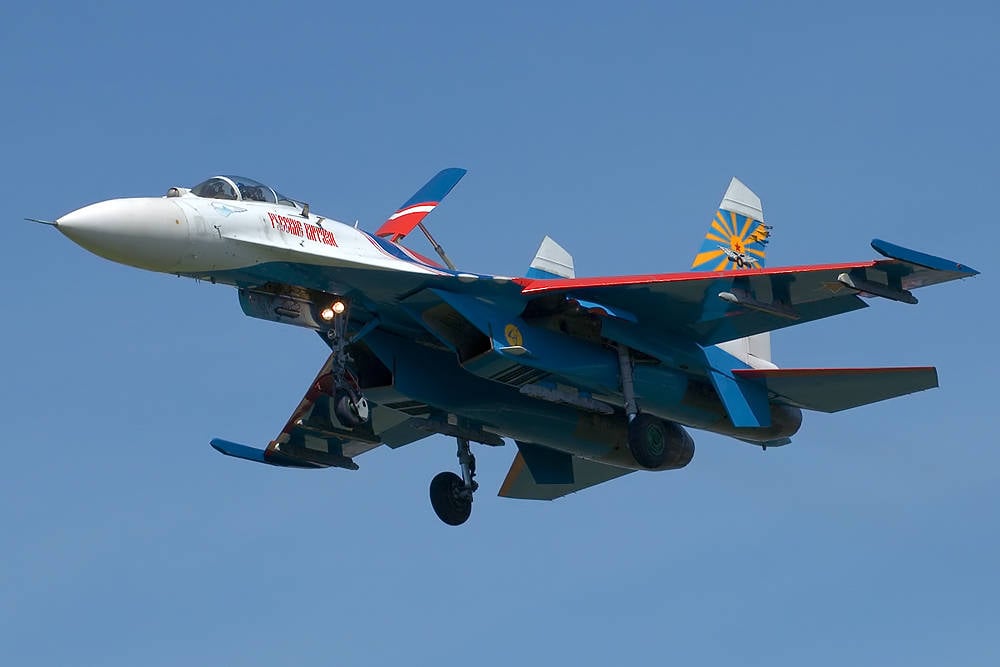 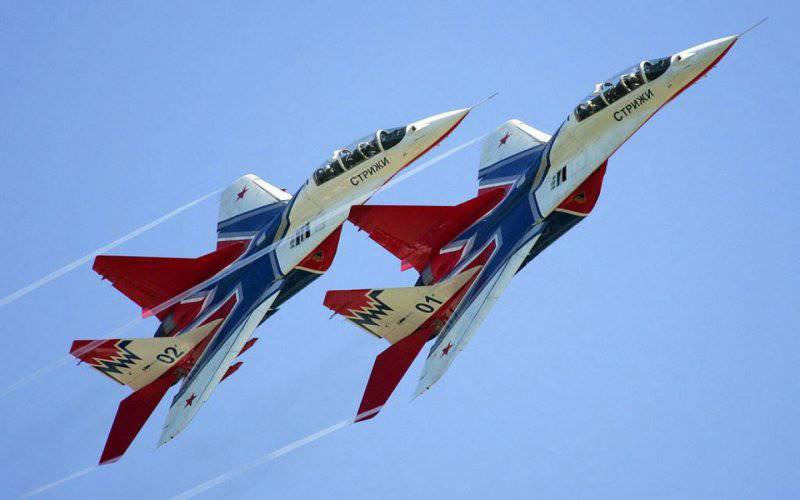 MiG-29 of the Strizhi aerobatic team 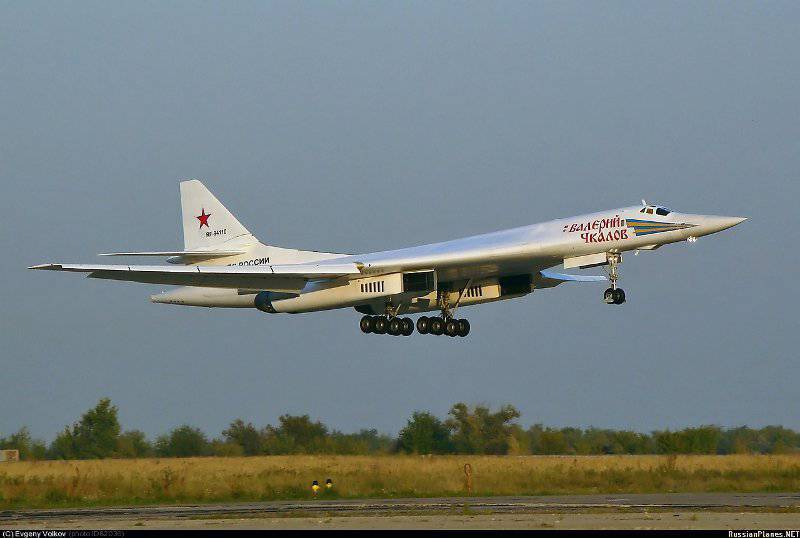 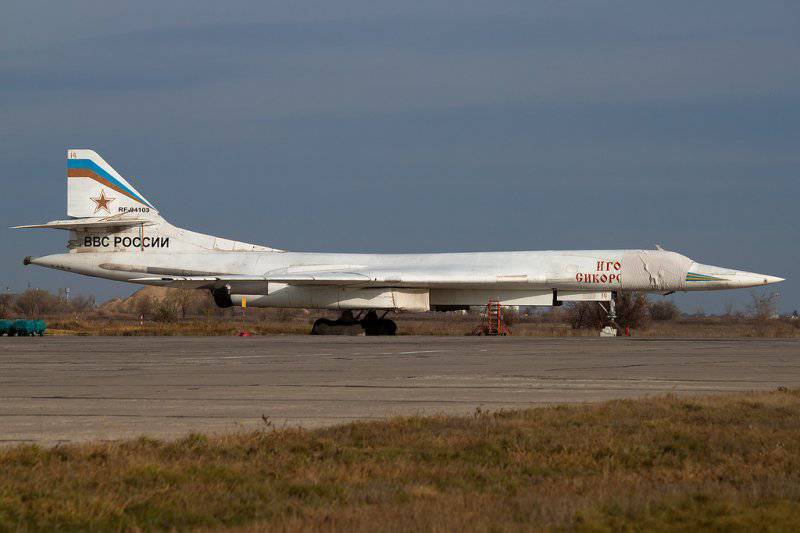 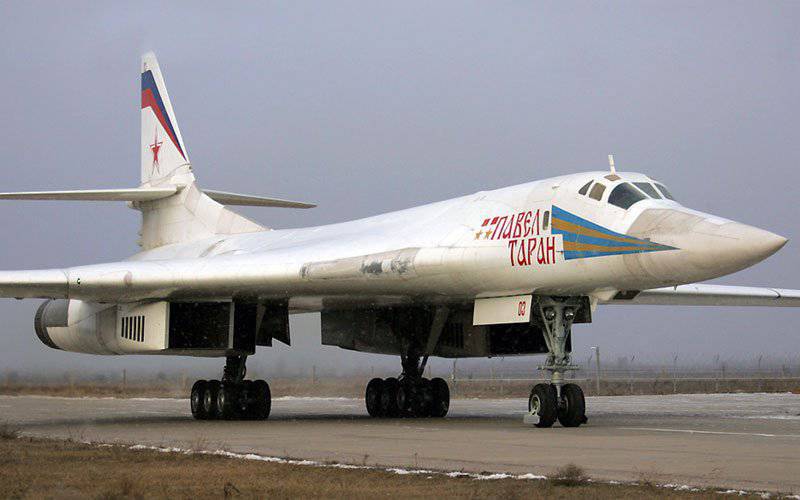 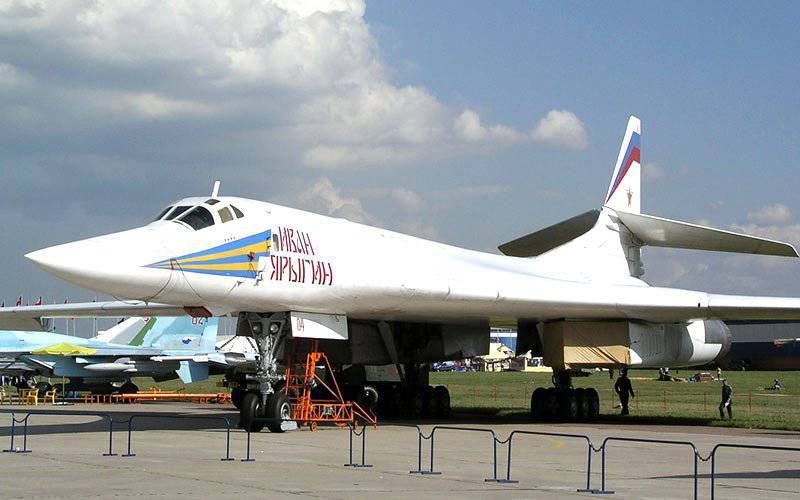 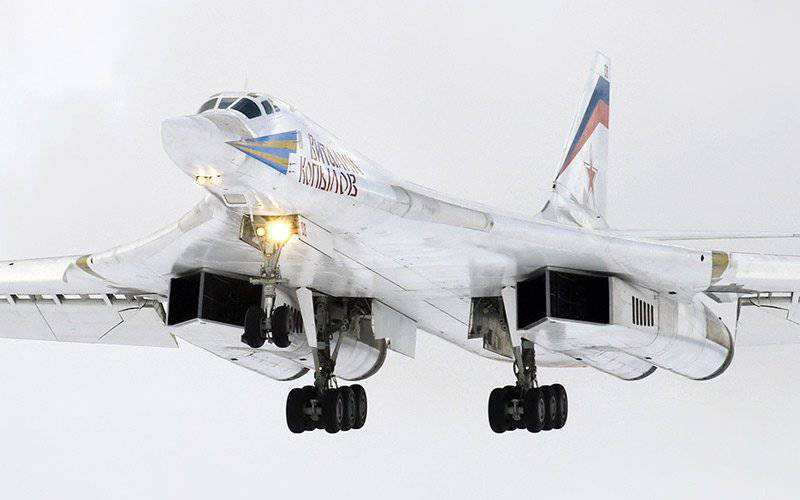 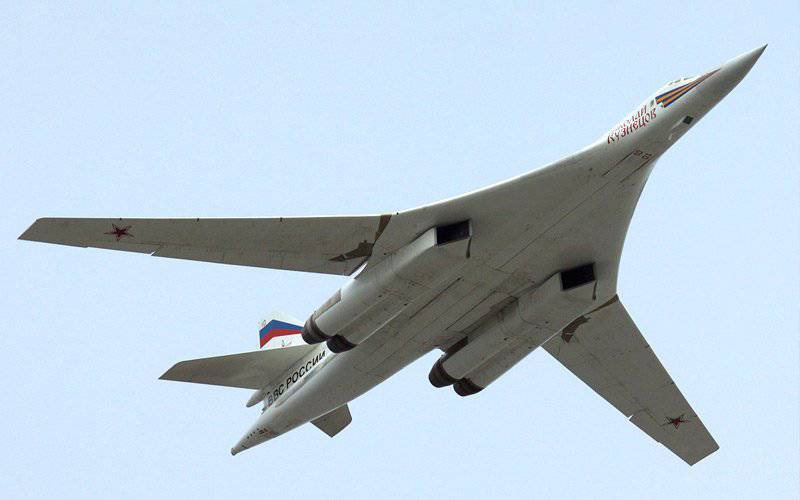 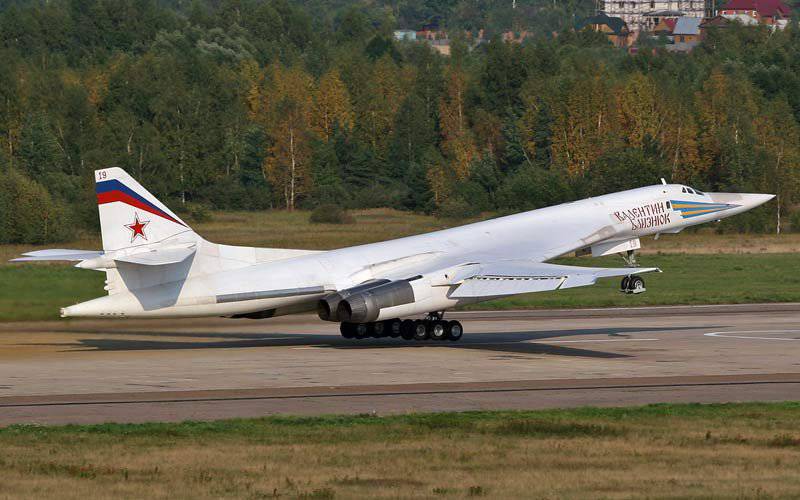 This initiative found a warm response in the air force air armies. The next nominal aircraft was the rocket carrier "Ivan Yarygin", named in honor of the famous Russian wrestler, the repeated winner of the world championships and the Olympic Games, one of the best sportsmen of the planet who tragically died in a car accident.

September 18 2003. Tragedy occurred - the crash of the Tu-160 "Mikhail Gromov". The crew of the Guard Lieutenant Colonel Yu.M. Deineko (ship commander), guard Major Fedusenko O.N. (assistant commander of the ship), Guard Major A.G. Kolchin. (navigator of the ship), Guards Major SM Sukhorukov. (navigator-operator) fought to the last for the survivability of the aircraft. But at an altitude of 1200 m, the plane began to collapse rapidly, and it caught fire. Having done everything possible, the crew in an emergency order by ejection left the flaming bomber. The last combat vehicle was left by the commander. But the low altitude and high vertical speed of descent with the imposition of another explosion on board did not leave the pilots a chance to survive. For courage and heroism, the crew was posthumously awarded high government awards, and the guard, Lieutenant Colonel Deineko Yu.M. was awarded the title of Hero of Russia (posthumously). In September 2004, a monument was unveiled at the site of the Tu-160 crash.

This tragedy continued the sad list of the dead aircrafts of the domestic Long-Range Aviation. 91 a year ago (2 in November 1915) as a result of the accident, one of the first catastrophes of heavy ships of the type “Ilya Muromets” occurred. As a result, almost the entire crew of the airship was killed: the staff captain Ozersky DA and his two comrades (Lieutenant Colonel Zvegintsev and non-commissioned officer Vogt). Only the lieutenant Spasov survived miraculously.

In recent years, a tradition has been revived in the Air Force, rooted in history military aeronautics. Then, at the turn of the XIX / XX centuries, individual balloons entering into the composition of the aeronautical detachments and companies deployed in large cities was given the names of these administrative centers of the country. Today, like a hundred years ago, the air spaces of the country once again plow airships bearing the names of the leading cities of Russia. In service with modern air forces are registered aircraft: Ryazan, Kameadows "," Tambov "," Saratov "," Chelyabinsk "," Irkutsk "," Smolensk " etc. (Long-Range Aviation), "Great Novgoclan "," Hero City Smolensk "," Orenburg "," Pskov " and etc. (Military Transport Aviation). Thus, there is a continuity of this glorious tradition, which was revived through the years.

Recently, many registered aircraft have been actively involved in combat training activities of the Air Force. So, in the autumn of 2000, the crew of the guard Lieutenant Colonel Danilenko on the plane №08 Smolensk for the first time since 1994, it landed and took off at the airport of Machulishchi (Republic of Belarus), confirming the defense alliance of two friendly states. Same year airplanes Smolensk и "Irkutsk" for the first time after a ten-year break, they flew to the North Pole with take-off and landing at the operational airdrome of Tiksi. In the spring of 2006, registered airships "Irkutsk" и "Blagoveshchensk" performed long-haul flights to the shores of the United States and Canada with landing at the Anadyr airfield. 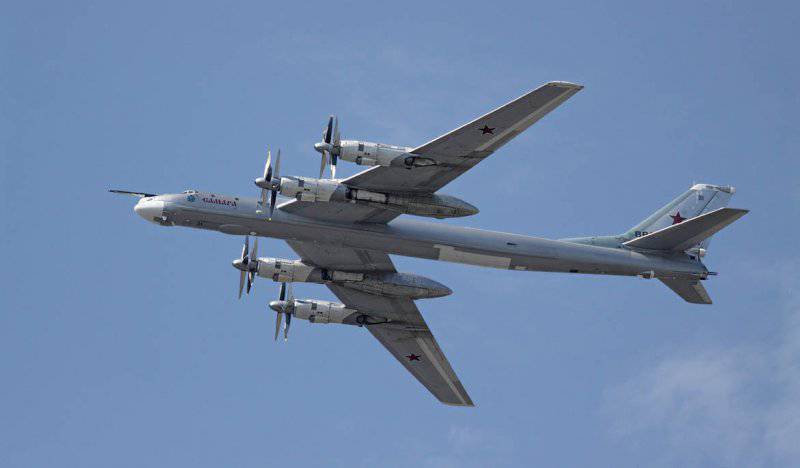 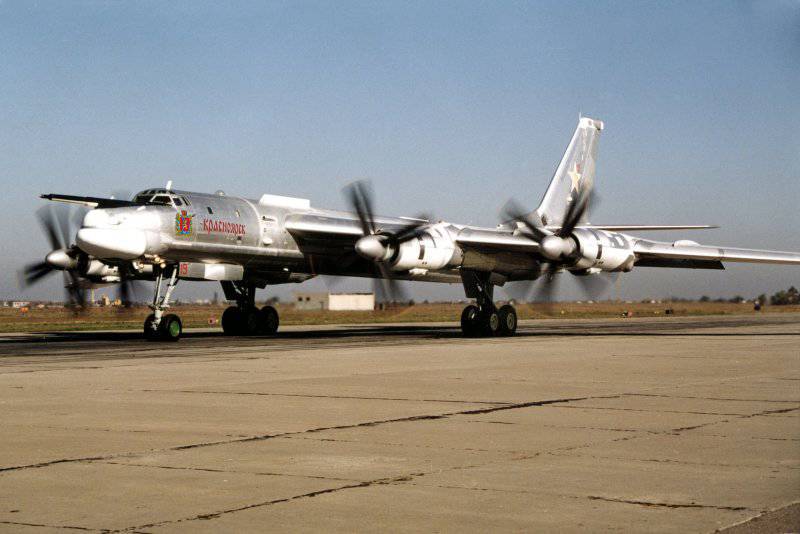 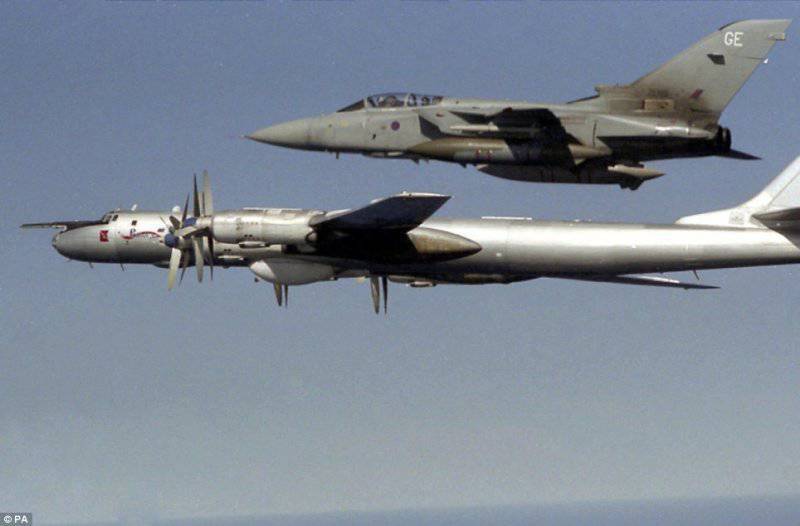 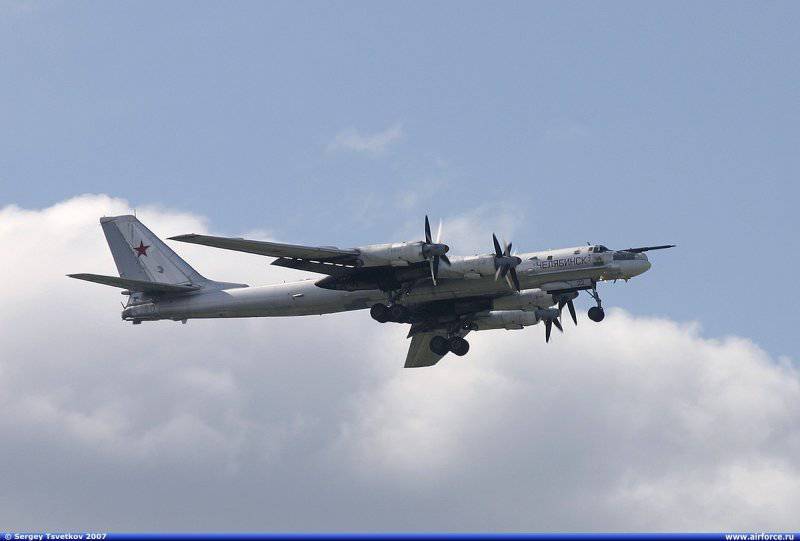 Almost all Tu-134UBL airplanes belonging to Long-Range Aviation also have their own names, most of them named after rivers, next to which are airfields of dolnik: "Volga", "Уral "," Tsna ", а also - "Tithing", "Meshchera."

At the same time, the process of assigning proper names to aircraft also affected front-line aviation. Thus, a nominal MiG-6 interceptor fighter with a tail number "31" appeared as part of one of the aviation units of the 08 Army of the Air Force and Air Defense. "Boris Safonov", dedicated to the memory of the famous Soviet ace pilot, twice Hero of the Soviet Union B.F. Safonov, who died in an unequal battle at the end of May 1942 in the skies of the Arctic. Su-24MR with tail number "07" from the 47th Guards Borisov Red Banner Reconnaissance Aviation Regiment named "Arseny Morozov", in addition, it bears the images of two Orders of the Red Banner, the Guard sign and the inscription "Borisov Pomeranian". Images of the Orders of Suvorov, the Red Banner and the Guard badge, the inscription "Borisovsky" were applied to the left side of the MiG-25RB with the tail number "28" of the same regiment.

Speaking about the proper names of the aircraft, it is impossible not to recall the "rock art" in general. This painting has flourished especially wildly during the withdrawal of Russian troops from Eastern Europe. Many emblems of the 16 Air Force, especially the MiG-23, were marked with various emblems. Most often, the drawing was applied to the background in the form of the GDR contour, and the emblems themselves were combinations of birds of prey and air-to-air missiles. For objectivity's sake, it is worth noting that the originality of the plan was rarely supported by its high-quality artistic embodiment. And there were no professionals in the regiments and squadrons.

Over time, the process of decorating airplanes with emblems of units took on a more organized character, which had a positive effect on the quality of symbolism. A vivid example of a beautifully conceived and embodied symbolism is An-12 with painted mammoths on the sides of a squadron, which is based in Tiksi.

In general, squadron emblems on the sides of aircraft fuselages became almost universally accepted. On the other hand, a certain degree of organization limits the wide creativity of the masses. There is a known case when it was necessary to flush the GRU bat pictured on the fuselage of a reconnaissance aircraft. Well, the army - there is an army, even if it is an air force. 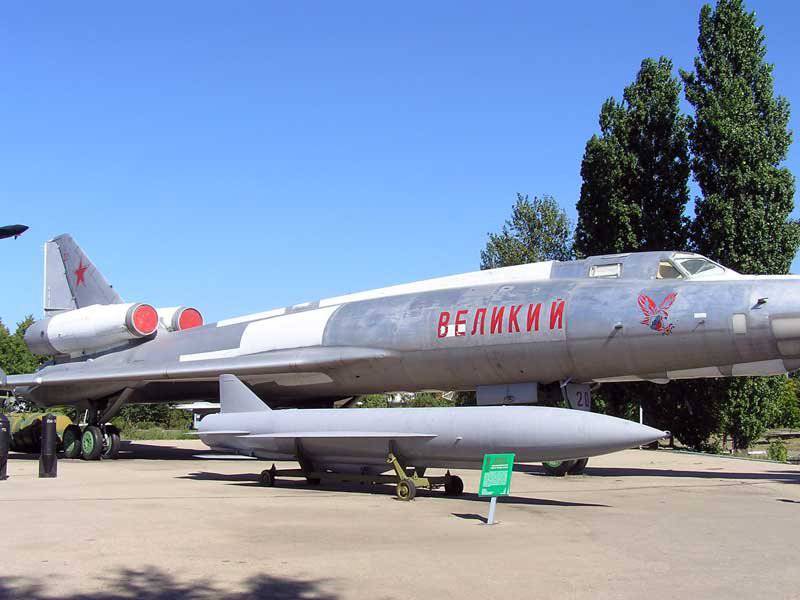 Some of the long-range Tu-22MZ bombers that were once based or are now based in the Far East have images of Amur tigers. The drawings were made in 90-e and today are partially erased, so that the tigers look like skinny cats.

The sharks of the mouth, so popular in the West, did not receive wide distribution in our country after Afghanistan, although at least one An-12 with chic teeth flies. But the asterisks and signs Guards of the old, Soviet type are always popular. Separate Tu-22МЗ retained on their sides still "Afghan" asterisks - marks about combat sorties.

Asterisks in Long-Range Aviation mark practical missile launches made from this aircraft, and on the Tu-22MZ, “starter” stars are often applied not to the fuselage, but to underwing pylons for rocket suspension. Also often found Russian symbols - flags, double-headed eagles.

According to the estimates of the leadership of the Air Force, today there is an urgent need to finally determine the procedure for assigning so-called aircraft to aircraft. proper names.

The evolution of personal aircraft is inextricably linked with the history of the Russian Air Force, which requires careful study and careful treatment by the state and the younger generation of defenders of the Fatherland.

Ctrl Enter
Noticed oshЫbku Highlight text and press. Ctrl + Enter
We are
The most productive snipersFrom the history of the own names of the aircraft of Russia during the war
Military Reviewin Yandex News
Military Reviewin Google News
5 comments
Information
Dear reader, to leave comments on the publication, you must to register.