Why General Jackson did not execute the order 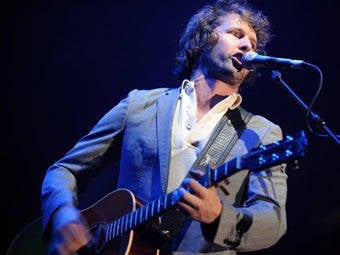 Today on the site of the Russian service of the BBC appeared a note with the memories of the British singer James Blunt, who in 1999 served in Kosovo. He headed the British military unit in Pristina at the moment when the Pristina airfield was suddenly captured by a battalion of our paratroopers. Blunt received an order from Wesley Clark, a general of the US armed forces, commander-in-chief of the combined forces of NATO in Europe, to attack the Russian paratroopers with his team, but this order was not executed. Fortunately for James Blunt, who risked pleasing a tribunal, an order of opposite content was received from British General Mike Jackson following Clark's order.

Yes, Wesley Clark really gave the order to attack Russian paratroopers. First, he was furious that NATO intelligence did not timely report on the advance of our battalion and on the route of its movement. They discovered his battalion only six hours after its release. Secondly, he understood that Slatina airfield is the most important strategic object in all of Kosovo. And that whoever controls it will largely determine the situation in Kosovo as a whole. Because there were no other airfields capable of receiving NATO aircraft on the territory of the region. Naturally, the entire operation of the NATO troops was based on this object, which provided material support and support for the forces of the alliance.

However, the commander of British troops, General Mike Jackson, who formally submitted to Wesley Clark, refused to execute his order. He did not want to fight with the Russians. However, we knew about it. 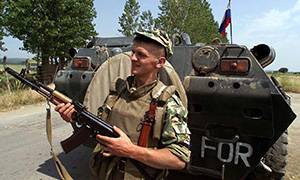 Moreover, Jackson ordered the brigade commander, who was to take control of Slatina, to enter into interaction with the Russian command. And when ours took the defense at the airfield, General Zavarzin informed me that the British were asking for a meeting. I have allowed them to accept. The commander of the British brigade with his staff officers arrived at the location of our battalion, and after an hour and a half of conversation Zavarzin reported that the British were normal guys. The subject of the negotiations was general security issues. But after this, the commander of the British brigade and his five staff officers asked ... to spend the night. I ask Zavarzin if this is not a provocation. No, answers, does not look like. But then why such a strange request? He answers that they are afraid, firstly, of the Kosovo Serbs, and secondly, of the Albanians, and thirdly, they fear their own special forces, the Nepalese Gurkha, who were mainly staffed by their brigade. I reported on such an unusual request to Marshal Sergeyev, the Minister of Defense. Igor Dmitrievich also first asked about provocations, however, as a result, British officers spent the night at our first night.

When we made the decision to bring our battalion to Slatina, we did not exclude the possibility of any provocation against ourselves and worked out various options. We had prepared reserves for quick transfer and worked out airfields for landing our paratroopers. Our brigade also stood in Uglevik, in Bosnia-Herzegovina. She was not a member of the multinational division North, but interacted with her. So we had shock capabilities. But, in addition, I reported to the Minister of Defense that as soon as the first shot was fired, Serbian troops would come to our aid. I just knew the mood of the Serbian military - they were humiliated, they lost the war, they were forced to leave their territory. Therefore, in the event of an attack on us, the NATO forces would attack the entire former Yugoslav army. Then they would get what they most feared - a ground operation. Marshal Sergeyev agreed with these arguments. Based on this, we decided to land the battalion in Pristina.

Subsequently, Jackson wrote in his memoirs, why did not execute the order of Clark. The fact is that a decision of the NATO Council was required to start a war with Russia, but it was difficult to imagine that the Council would then agree to the Third World War. Anyway, Mike Jackson did not want his soldiers to start this war. And Wesley Clark just completely lost to us the situation with the airfield, so his decisions were impulsive.

At the end of a note on the Air Force website, singer James Blunt says that in the British Army they were taught to evaluate the situation from a moral point of view. I can not say anything about this. I think this is nothing more than lyrics. Would receive an order from their general, of course, they would have executed it. The British Army is very disciplined.