"Afghan" choice: will Russia win or lose from cooperation with NATO? 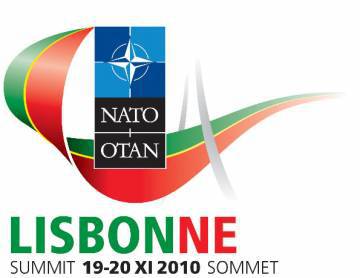 Will Russia return to Afghanistan again? If so, when and in what capacity? And, most importantly, why? These questions now concern many, and soon, perhaps, they will interest everyone.

Why did this problem become actual today? According to experts of the Masterforex-V Trading Academy, it is assumed that everything will be decided at the next NATO summit to be held in Lisbon in late November. It is no coincidence that this, without exaggeration, the fateful congress was invited by Russian President Dmitry Medvedev.

It is expected that it will reach an agreement on a broader participation of the Russian Federation in the actions of the coalition forces in Afghanistan. If such an agreement is signed, it will mean that the plan implemented by the current Secretary General of the North Atlantic Alliance, Anders Fogh Rasmussen, has finally been crowned with success. He assumes:
1. Deliveries of military equipment (first of all military helicopters MI-17) to the NATO countries and training specialists to work with it.
2. Training of soldiers of the Afghan national army and security forces.
3. Assistance in combating the production and sale of drugs.
4. The possibility of transporting military goods for the Alliance contingent in Afghanistan through the territory of Russia.
5. Assistance in the protection of borders.

Experts of Masterforex-V Trading Academy suggest analyzing how these measures are new, and, most importantly, do they suggest the presence of Russian citizens (military or civilian) in the territory of a warring country.

1. Supplies of military equipment and training of specialists. At the beginning of 2010, a contract was already signed for the sale of several cars to Poland (the member country of the Alliance). Now, perhaps, we will talk about larger shipments. Training pilots and shooters makes sense to hold on the spot, so a certain number of Russian instructors, most likely, should be sent to Afghanistan.

2. Training Afghan soldiers. Such cooperation already takes place and is a consequence of bilateral agreements between Moscow and Kabul. Obviously, the discussion will deal with a significant increase in the number of Afghan cadets, which means training will not be limited to the training of officers (for them there would be enough military high schools in Russia), but will include sergeants and, possibly, ordinary soldiers. In this case, without a significant number of military instructors in the territory of the Islamic Republic simply can not do.
3. Assistance in the fight against drug trafficking. In this area, active mutual assistance has been going on since the day the coalition forces entered Afghanistan, that is, from the 2001 year. However, in this case, apparently, it is about assistance in special operations carried out in the territory of Afghanistan, against the so-called "laboratories" for the production of drugs. In most cases, such “special operations” more closely resemble large-scale military operations with the use of a significant number of military personnel and military equipment, since “laboratories” are, as a rule, either an entire settlement or a densely populated quarter in a large city. By the way, a significant proportion of the casualties suffered by coalition forces in Afghanistan account for just such special operations.

4. Possibility of transportation weapons and ammunition in Russia. Prior to that, non-military goods were transported. The transit permit was the first real consequence of the so-called “reset”, i.e. warming of relations between Moscow and Washington after the Georgian-South Ossetian conflict. This issue was resolved during the first visit of Barack Obama to the Russian capital as president of the United States. This item, most likely, does not imply finding Russians on the territory of a troubled republic. But there is a danger of another kind. America turned to Russia for help because military transit through Pakistan’s territory is becoming increasingly dangerous. The attacks of Islamic radicals on NATO’s military transports on this seemingly seemingly peaceful country became so frequent that they forced the Pentagon to look for new supply routes. Consequently, if the transports of coalition forces themselves serve as targets for terrorist attacks, then where is the guarantee that this cannot happen in Russia?

5. Assistance in the protection of borders. Probably the most mysterious point, because it is not entirely clear on which side of the border and in what extent the Russian military should be located. If in the territory of Afghanistan, then this is actually a military presence and full participation in the occupation along with the coalition countries. At the same time for the protection of borders, you can use an unlimited number of soldiers and officers.
Common sense suggests that the pragmatic leadership of the United States would not ask Moscow for small things. Moreover, the Americans are not accustomed to fight on their own. In all wars, starting with the Korean, they participate in the alliance, which includes not only European allies, but also such far away countries as Australia, New Zealand, Canada (another thing is that, all the same, the brunt of the fighting falls on the shoulders of American soldier). Therefore, the Pentagon will never refuse military assistance of any state, even unfriendly. But we must clearly realize that he is primarily interested in helping people whose participation in the war has only one goal: to reduce the number of American casualties. Only for this, according to Washington, should make concessions. 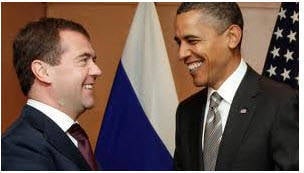 How did the Americans look for helpers?

Russia, too, was not approached from a good life.. A year ago, in December of 2009, the US State Department strongly agitated the leadership of France and Germany to increase their contingents in Afghanistan. The main argument then was the need to establish peace in this country in order to build the so-called Trans-Afghan pipeline from Turkmenistan to India (better known as Tapi). In the implementation of this project, in the opinion of the Americans, the Europeans themselves should be primarily interested in the growing energy dependence of the EU states on Russia. Thus, at first Washington would persuade the Allies to help by using anti-Russian rhetoric. When the cautious Germans and French diplomatically declined to answer, the United States was forced to resort to at least, that is, to bow to Moscow, which once again proves the weakness of the alliance, where apart from Americans, British and Canadians, by and large, there is no one to fight. At first, they wanted to persuade the Russians to simply “thank you”, or rather they covered their goals with all sorts of verbal husks:
- convinced (they talked about the "reset", about improving relations, about mutual benefit and other values ​​that mean little in real politics);
- appealed to conscience (talked about the need to confront international terrorism);
- pressed for self-esteem (really do not want to take revenge for the loss in the previous Afghan campaign?);
- finally, they were threatened (this is supposedly, first of all, in the interests of Russia itself, because if NATO troops leave Afghanistan, then extremists and drug dealers will inevitably start moving north).

However, the time of grace for the West has passed, when the post-Soviet countries could be used for their own purposes simply for a kind word and an encouraging “tapping on the back”. Now Washington has to come to terms with the idea that you should pay handsomely for any service.

What does Russia demand from the USA in exchange for its help in Afghanistan? 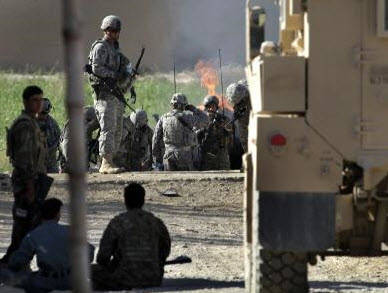 Note that this is exactly about Washington.and not about Brussels, where NATO headquarters are located, since it is the United States that exercises the strategic command of the entire grouping in Afghanistan, and it only depends on the will of this country whether the war will continue or end. Therefore, in this case, negotiations are conducted precisely with the United States, which is the undisputed leader of the North Atlantic Alliance.
The requirements of Moscow in this case are truly unprecedented:
• The United States must reduce its military presence on the territory of the former socialist countries to three thousand people (!) - that is, practically remove military bases from Eastern Europe.
• Consideration should be given to a significant deployment constraint. aviation in the former states of the socialist camp.
• Russia is demanding that it be granted the right of veto on any deployment of large additional NATO forces in Eastern Europe, the Balkans (!) And the Baltic countries.
• The United States should abandon the idea of ​​deploying a missile defense system at the western borders of the CIS.
• Russia must be allowed to participate in commercial projects in Afghanistan.
Even if part of the above requirements will be accepted by Brussels and Washington, this will mean a real revolution in relations between Russia and NATO. Moreover, the latter in this case expects a deep crisis, because the Baltic states and Poland joined the Alliance precisely in search of protection against Russia's “imperial ambitions”. Now, as has happened more than once before, these states risk becoming a bargaining chip in another game of world heavyweights.

What are the risks for Russia from entering into "someone else's fight"?
Experts of Masterforex-V Trading Academy identified a number of risks, namely:
1. Once again, it can be deceived and separated by empty promises or endless delays in fulfilling its obligations.
2. The people of Russia may not accept the “return to Afghanistan”, no matter what the reason. All the benefits (sale of weapons, military-strategic) from a possible new war will not be felt by the ordinary citizen, but adversity will fall on his head.
3. The Russian opposition to the Kremlin will receive an excellent weapon in the next presidential election - to save the lives of Russians, who are senselessly dying in someone else’s war for whose interests are incomprehensible.
4. Relations with the Islamic world can deteriorate very much. Now Moscow is viewed by many Arab countries as a definite counterbalance to the United States and NATO.
5. Stabilization of the situation in Afghanistan is not beneficial to Russia because of the notorious Tapi project. However, the risk in this case is minimal, since the Russians, unlike the Americans and Europeans, hardly indulge themselves with the illusions of a speedy victory in this shooting republic, where the war has not stopped for more than thirty years.

What decision will be made in Moscow, time will tell. But the danger of making a fatal mistake is indeed very high. It is well known that it is impossible to enter the same river twice, but you can step on the same rake twice.