On the rearmament of the Russian army 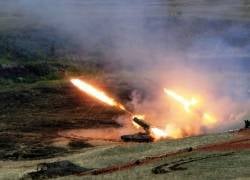 The process of reforming the Russian army is gaining momentum, which affects the practical implementation of measures to equip the necessary equipment and troops, further improve their combat training. It has always been one of the most interesting topics for the general public, professionals and the media, constantly covering this topic.

So, on November 10, the Trud newspaper published information under the catchy title "Infantry and Tanks surrender "with annotation" New types of weapons displace the classic types weapons"It says that the Russian army" drastically changes its priorities in armaments. On the basis of the weapons procurement program, Russia actually refuses armored forces, artillery and modern motorized rifle units. "

The reason for this was that Finance Minister Alexei Kudrin announced at a meeting of November 9 with Prime Minister Vladimir Putin that "in 8, almost 2011 trillion rubles will be allocated to the needs of national defense and security, which will be 2% of the entire Russian budget. Big some of these funds will go to the maintenance and development of the army, which is now beginning to move to new types of weapons at an accelerated pace. " 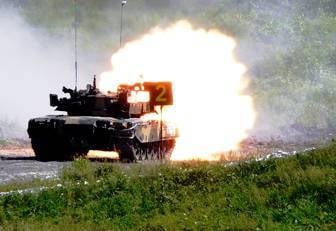 Further, it was concluded that "it was decided not to develop some areas." This is confirmed by the reference to the classification of data on the purchase of tanks for the period up to 2020 and the opinion of experts who believe that the annual purchases of this equipment will not exceed 5 – 7 units per year. Further, the newspaper reports, citing its source, that "The situation is similar in artillery: in the near future, guns and howitzers will not be purchased." This is confirmed by the opinion of the director of the Center for the Analysis of Strategies and Technologies Ruslan Pukhov, who said: "The nuclear deterrence forces, the air defense forces, the air force and the fleet will be re-armed most intensively."

In his opinion, "two-thirds of defense expenditures will be spent on their development, on the most meager rations - ground troops, and above all tank, artillery and motorized rifle units." Further, the expert says that this situation is not associated with a shortage of funds, but is due to the processes observed today. “We are witnessing an objective decline in the role of tanks, cannons and small arms in modern war,” said Ruslan Pukhov.

It should be noted right away that the last statement of the expert is quite justified and real. Experts and analysts in the field of military strategy and tactics, the development of weapons and their combat employment in modern wars and military conflicts for at least 20 years have been talking about the constant growth of the role and importance of high-tech weapons of warfare. And such today, in addition to nuclear deterrence forces, are aviation, anti-aircraft defense (AA) and the navy, as well as what ensures their effective use - primarily optical-electronic reconnaissance, communications and control systems. 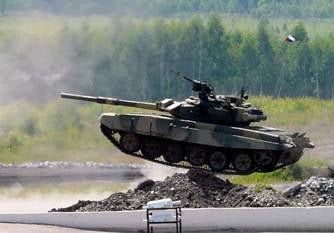 Further, to attract the attention of readers in the newspaper material are given such headings as "Tanks silenced cannons", "Goddess of war died" and "Infantry tired of" Kalash "." Under each of them, short information is given, based on known facts and figures, which, in general, do not require a refutation.

As for the Russian tanks. Indeed, at the end of 1970. in the USSR, there were, according to various sources, about 65-68 thousand machines of various modifications. By the beginning of 2009, according to the newspaper, their number was about 20 thousand units, most of which "were tanks of obsolete structures - such as T-72, T-80 and T-90, the main disadvantage of which was insufficient armor protection and the lack of modern means of targeting guns on targets. "

It is possible to agree with the information about Germany, which reduced the number of tanks in 5 once and of which there are currently about 500 units, and also that "Israel is ready to buy about 2011 new tanks in 300." The latter explains the head of the Center for Military Forecasting Anatoly Tsyganok by saying that "In the war against the Arabs, this is the most effective weapon, since those do not have anti-tank weapons." But for a number of reasons, one cannot agree with the statement that "tank forces are now considered the most backward branch of the military." 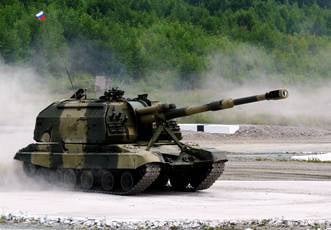 At least for the T-80 tank, and even more so for the T-90, this sounds like an insult. A legitimate question arises: If so, then why our tanks, especially T-90, are bought by India and other countries, which unlikely Will they spend money on products that do not meet their requirements? The fact that our tanks are in demand abroad is also confirmed by the fact that the main domestic manufacturer of tanks, Uralvagonzavod, as stated in the newspaper, “rests mainly due to import contracts”.

It should be noted that the reduction in the number of Russian tanks is unlikely to weaken the overall power of the Ground Forces for a number of reasons. This is the alignment of the existing number of tanks, the overall reduction of tanks due to the disposal of obsolete types stored in the bases and warehouses of the Ministry of Defense, the implementation of other measures, to the needs of the Ground Forces. Therefore, to assert that "tanks have shut up guns" is, at least, not objective and not professional.

In this regard, it should be noted that last year's "sensational statement" by the Commander-in-Chief of the Army NE Alexander Postnikov about the reduction, as stated in the newspaper material, to 2 thousand units is fully justified and closely linked with other measures of the army reform. As for the further reduction of the total number of tanks to 1000 machines by 2020, as stated in the article, according to "military experts", the assumptions are always probabilistic in nature and it is too early to consider them as basic ones, especially in this case. 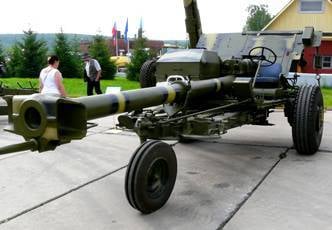 The “sad fate” awaits the “goddess of war” - the Russian barreled artillery, which, according to the information in “Trud”, has already “died”, and for which “almost no penny is allocated in the defense budget”. It further says that the main drawback of domestic cannons and howitzers, with reference to experts, is too small a firing range, as confirmed by Deputy Defense Minister Vladimir Popovkin: "We cannot purchase trailing artillery with a firing range of 30 km, whereas 70 km. "

It is said quite correctly, but you should understand what this applies to. It really will be stupid and thoughtless waste of funds for the purchase of artillery systems with characteristics that are inferior to foreign analogues. It is necessary to agree with the newspaper material, which says that "experts do not see this as a tragedy." Indeed, in modern armies there remains the necessary minimum of equipment "intended for waging classical wars - with tanks and artillery hitting areas."

But here, too, it must be understood that the fire on the squares is just one of the modes of firing of barrel artillery (as well as domestic jet systems of the Katyusha, Grad, Smerch, American MLRS, etc.) applied to the situation. Secondly, it should be borne in mind that for barrel artillery it has always been a priority to defeat point targets. And, thirdly, the barreled artillery of the appropriate caliber can successfully use high-precision ammunition such as "Brave", "Kitolov", etc. if available. Consequently, the absence of the latter cannot be the cause of the abandonment of barreled artillery systems. 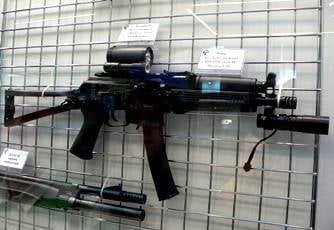 And one more important fact. In foreign armies, something is still not in a hurry to give up barreled artillery. On the contrary, work continues on its further optimization in relation to the tasks at hand, primarily to increase the range and accuracy of hitting targets. Another important fact. At present, the Russian army has a sufficient stock of artillery systems that fully meet modern requirements and are capable of fulfilling fire missions in the interests of the troops with the necessary efficiency. Therefore, taking into account the ongoing reforms and reduction of common needs, including and in the barrel artillery, its quantitative reduction is quite justified in the interests of concentrating efforts on increasing its effectiveness. Thus, to say that "the goddess of war is dead" is premature and unproven.

And the last, about the fact that "the infantry is tired of" Kalash "." It is possible that "the defense budget does not involve the purchase of new small arms for the infantry," as stated in the newspaper article. There is no doubt that modern small arms should be in service with the modern fighter. But it should be objected to the thesis that “sniper weapons are most suitable for modern wars”.

It is difficult enough to imagine that the fighters of small units (such as a squad, platoon, company) will be equipped with only sniper weapons. It is known that the sniper has always been in the near future, most likely, will remain a unique fighter with a high individual fire training, equipped with special weapons and decisive combat missions inherent in him. 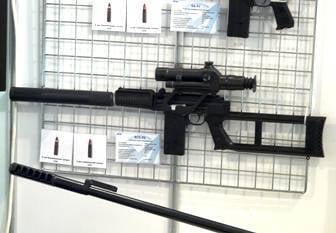 These include the upgraded Kalashnikov 200 series with laser targeting, the Abakan assault rifle with a thermal sight, etc., indicated in the material “Labor”, but due to the fact that they are not in the troops, one cannot conclude that “the role infantry will be kept to a minimum. "

Whatever the equipment and armament of the current armies is, the well-known rule of war has not yet been canceled - until the soldier entered the enemy’s territory, it was not conquered.