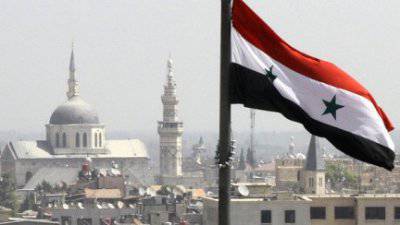 In a number of provinces of the country, army special operations continue to harass terrorist groups that commit crimes against military and civilians.

In the province of Damascus, in the village of Khujir, army units conducted special operations, during which dozens of terrorists were killed and wounded weapon.

In the village of Al Husaynia, 5 was eliminated and 8 militants were injured.

On the plantations in the vicinity of the city of Duma, the army unit liquidated several members of the Al-Islam brigade. Among the murdered bandits, the leader of the group, Mustafa Al-Hanafi, as well as Isam Sada, Muaz Qbez and Fahed Al-Atik were identified.

In the city of Dareia, near the building of the municipality and the mosque of Al-Khouliani, an army unit engaged in a clash with a group of militants. Imad Al-Abbar, Isam At-Tawil, Ahmad Ziyad and Shadi Isa are identified among the terrorists killed.

20121228-131034.jpg In the suburb of Damascus Muaddamia, the military destroyed a group of terrorists and a car with DShK.

In the Hajar Al-Aswad area, near the local council building, an army unit eliminated a group of terrorists and destroyed an 2 vehicle with a DShK.

In the city of Aleppo, army units eliminated dozens of terrorists in the areas of An-Nakkarin, Al-Sha'ar, Al-Ansari, Al-Jazmati and Al-Meisar.

The military eliminated a group of terrorists attempting to enter the Al-Kindi hospital through the village of Al-Muslimia.

Fully cleaned from the militants of the village of Al Jebril.

The base of terrorists was destroyed in the village of As-Sefira, several militants were liquidated, including the leader of the At-Tawhid brigade.

In the city of Homs, in the Al-Khaldiya quarter, a group of terrorists was liquidated, among them the dangerous criminals Azaad Al-Hussein (Abu Asaad Ald-Dagestan) and Saber Mandu.

In the province of Homs in the areas of Tel Kalyah and Al-Xeyr, attempts to infiltrate terrorists into Syria from Lebanon were prevented. Several terrorists killed, the rest fled into Lebanese territory. Ammar Hussein Maray and Ammar Ammar were identified among the militants killed.

To the east of Tifur, near the 4 station of the oil station, the base of terrorists was destroyed. Killed, injured and detained militants. Seizures of automatic weapons and 25 explosive devices.

In the settlements of Thaum and Binnish several terrorist vehicles were destroyed.

In the province of Hama, near the village of Abu Ubeida, the military repulsed an attack on a roadblock of security forces. During the clashes, several terrorists, including snipers, were eliminated and injured.

The bases of militants who terrorized the local population were destroyed in the villages of Bserin and Jinan.

In the province of Daraa, on the plantations of the village of At-Tiba, terrorists who robbed the local population were eliminated. Identified by Muhammad Ali Al-Balhi, Abdo Hussein Ald-Deri, Yazen Jamus, Hussein Aid Az-Zaubi and Kasem Hubeybati