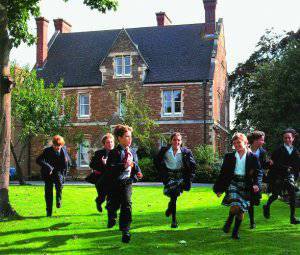 Living and educating children of the Russian elite abroad carries a threat to the security of Russia, Russian military experts say. The latest “spy scandal” with the expulsion of ten employees of the Russian Foreign Intelligence Service from the United States made us think about the effectiveness of not only the SVR, but the entire defense system of the Russian Federation.

According to Kommersant, the exposure of the Russian intelligence officers was the result of the betrayal of a certain colonel Shcherbakov, who oversaw the US administration in the SVR. Later it turned out that Shcherbakov’s daughter lived in the United States for a long time, and his son, who worked at the Federal Drug Control Service, left Russia shortly before the scouts exposed.

The head of the analytical department of the Institute of Political and Military Analysis (RF), Alexander Khramchikhin, considers it “nonsense” that the children of a high-ranking intelligence officer turned out to be permanently abroad. To talk about it to him is "difficult and unpleasant."

“For our leaders, the interests of the country, talk about patriotism is something from the field of demagogy and propaganda. First, second and third, they pursue their own interests. In these interests, for example, to send children abroad ... In general, now in Russia there is a policy from above, when absolutely everything that can be sold is sold. Just everything, without exception. Including the secrets of national security, ”Alexander Khramchikhin told the“ HP ”reporter.

Military experts note that the family and, in the first place, children - this is a vulnerable place, which should be reliably “covered” with any representative of the authorities. What kind of intelligence activity can we talk about if the scouts of the scout openly live abroad and can theoretically be hit? How can the elite of the state, which has moved its families abroad, build its foreign policy? What is this policy?

The president of the Academy of Geopolitical Problems, Colonel-General Leonid Ivashov says that all this practice began with Yeltsin, whose grandson studied in England, and became a “tradition” under Putin.

“Children are hostages,” says Ivashov. - And they themselves (elite) live in the West. Russia is used only as a source of democracy, income, enrichment. On the other hand, probably, someone tells them - come on, so that you do not wise there, do not be cunning and do not play in your Russianness and patriotism, you need your children to study here. We will keep an eye on them. ”

Speaking specifically about the "example of Colonel Shcherbakov," Ivashov noted that "Russian intelligence is today focused on creating favorable conditions for flight."

"Where are they all running?" Where did Yuri Mikhailovich Luzhkov go? Go to England! Intelligence agencies have been working this way for thousands of years. If you manage to recruit the elite or officials in the higher echelons of power, a huge success .. This army does not need to contain, "- said a military expert.

Director of the Institute of National Strategy Stanislav Belkovsky says that the entire Russian “elite” is somehow hooked by foreign “partners.”

“Our foreign partners today really have a lot of leverage on the leadership of the Russian Federation,” he notes. - In addition to children, it is also the control over the assets and accounts of representatives of the ruling Russian elite in the west. It is clear that the special services of the leading Western powers, primarily the United States, are well aware of where the semi-legal and illegal incomes of our leaders accumulate. ”

Bloggers also joined the discussion of the hot topic:
“The daughter of Colonel SVR lives in the USA and THIS is normal ...”, malkolms complains. - Yes, garbage, the daughter of Lavrov also lives in the United States. Minister of Foreign Affairs, fuck *!? Yes, garbage ... They say the eldest daughter of Putin lives in Munich. And the governor of Belykh recently made a "difficult decision" and sent his son to study in England ... Can he dissolve the SVR out of harm's sin? Everything is so phantasmagoric that I even find it difficult to articulate clearly what I want to say here ... ”

Belkovsky believes that "some kind of public condemnation" Russian "VIPs" are not afraid:

“Over the past 10 years, they have become accustomed to the fact that nothing depends on the people, that the people do not react at all to what is happening in the country. In France, an increase in the retirement age by 2 caused demonstrations in which 2,5 million people and transport paralysis all over the country took part, then we have much more severe measures in the social sphere, such as monetization of benefits, practically did not cause any large-scale performances.

Those. Our officials firmly believe in the apathy of the Russian people. This gives them confidence in their impunity, ”the political analyst notes.

He also believes that in the coming years, the tradition of “teaching” children abroad will continue and even intensify. And it is not only a matter of security or control over the exported capital.

“In developed countries, there is no such need,” says Belkovsky, “because children receive education in their homeland and are proud of this education. The desire to give their children education abroad and live there is connected with the provinciality of our elite.

I certainly do not see anything normal in this, because it deprives the ruling elite of the last incentives to cultivate their own country in general and educational institutions in particular. But with the current ruling elite, this situation is as it is and will not change.

The elite consider this to be normal and do not condemn their members who do this. ”