Today is the day of military air defense 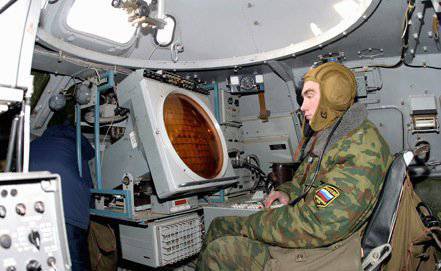 The Armed Forces of Russia today marks the Day of Military Air Defense (Air Defense). According to the press service of the Ministry of Defense of the Russian Federation, on this day in 1915 an order was issued by the chief of staff of the Supreme Commander-in-Chief on the formation of separate four-gun light batteries for firing at aerial the fleet. It was they who subsequently began to be attracted to cover troops on the battlefield.
During World War II, air defense units and units made a significant contribution to defeating the enemy, destroying more than 20 thousand aircraft. Nowadays, the basis of military air defense consists of anti-aircraft missile / anti-aircraft / formations, military units and units of the Ground, Airborne and Coastal Forces of the Navy. They are designed to conduct reconnaissance and repel enemy air strikes, to protect groups of troops and objects from air strikes in all types of military operations, during regroupments and on-site deployment.
For the period up to 2020, the main directions of development of military air defense are the consistent increase in the number of military units of constant readiness and equipping them with the latest highly effective anti-aircraft missile systems and complexes / ZRS and ZRK /. First of all, this is the C-300В4 air defense system, the Buk-М3 and Tor-М2 SAMs, as well as a new portable air defense missile system. These systems differ from their predecessors high noise immunity and multi-channel.
No matter how powerful and combat capabilities the modern armament of military anti-aircraft defense possesses, only real professionals can use it with high efficiency, the preparation of which pays important attention.
That is why, as the Chief of the Air Defense Forces of the Ground Forces, Major General Alexander Leonov, said, in 2013, the enrollment of cadets for the first year of the Military Academy of Army Air Defense named after Marshal of the Soviet Union Vasilevsky, located in Smolensk, is planned to increase by more than an order of magnitude previous year and bring to 800 people.
The training of specialists for military air defense is carried out on various training systems. In particular, a complex training system was adopted, which allows to train the calculations of different types of anti-aircraft missile systems. The information support of this system provides a flexible simulation of airborne enemy of various intensity. The newest technology will begin to enroll massively in the army in the near future, and a serious burden is placed on the school to train classroom specialists who can competently operate it.
In the preparation of formations and units of troop defense, a purposeful transition continues from conducting separate command-staff and tactical exercises with live firing with them to exercises as part of various groups of troops / forces / with detailed elaboration of complex issues of organizing and maintaining interaction.
Ctrl Enter

We are in Yandex Zen
Civil Defense Day. Emergency forces are always ready to help
Air Defense Day
36 comments
Information
Dear reader, to leave comments on the publication, you must to register.