Putin has an ideology. This is the ideology of sovereignty 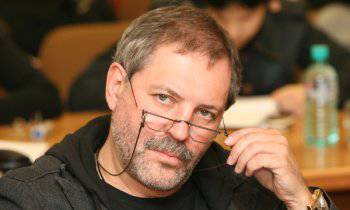 Is the glass half empty or the glass half full? When it comes to a public statement by a political leader, it is absolutely natural to expect that he will adhere to the last interpretation. While that does not contradict reality. The question is different: why is this glass half empty, what is this empty half and what kind of emptiness is it filled with? Actually, this is the brilliant article by Timofei Sergeytsev in our main topic (p. 8). We are talking about state power and ideology, that where there is ideology, only there is state power. And where there is none, the space of utopia acts - the empty half of a glass. That is the space of the hidden power opposing the state. Our political system, as Sergeytsev accurately determined, is a compromise between the state - the institution of presidential power - and oligarchic rule.

Hence, from this semi-emptyness, all the symptoms noted by our authors. This is the insecurity of sustainable reproduction of power. And from here all these, still under-treated games with “tandem”. This is the continuing conspiratorial nature of all Russian politics and concrete political decisions, when actions that are quite logical within the framework of the state ideology are hidden behind politically correct screens. For example, a complete ban on the activities of political NGOs acting on American grants is a logical response to the preamble of the “Magnitsky Act”, which, in fact, declares the intention of the United States to finance the overthrow of the current government in Russia. However, this ideologically absolutely flawless answer is forced to hide behind morally vulnerable fuss around the ban on American adoption.

Our post-catastrophic elite, the “semi-oligarchy,” certainly also has its own ideology. As it should be, concealed by utopia - “universal representative democracy”. This totalitarian ideology can be called comprador oligarchic liberalism (political correct name: liberal fundamentalism). And this ideology, personified by the financial authorities and personally by the “constructive oppositionist Kudrin”, fully defines the economic policy and economic structure of modern Russia.

Putin has an ideology, of course (or proideideology, since there is no "half-full" ideology). This is the ideology of sovereignty. And accordingly, whether he wants to or not, the ideology of the Empire, the imperial identity. Since there is no other real sovereignty other than imperial in the modern world. But the ideology of sovereignty is rigidly buried in the space of economic policy, which is strategically absolutely comprador and rigidly opposed to any attempts at independent development. “This is not your piece of glass! And there is nothing to go there! ”That is why Putin has not and cannot have, while maintaining the current power compromise, no independent economic ideology, and accordingly, no developmental ideology and leadership ideology.

The second half of the way is that such an ideology must emerge and be realized in action. Otherwise, the first half will be meaningless and ineffectual. In the last Message, there is already a soft touch over the second half of the glass, one might say, a hint. The responsibility of the financial authorities, and the Central Bank in the first place, for economic development and jobs. This is an allusion to the state program of mass construction of rental housing ... In fact, the road to hell is paved with "hints". The invasion of the ideology of sovereignty in the field of economic policy beyond the borders of the current power compromise means, in essence, a revolution. And without it, without breaking this compromise, no development is possible. Yes, and the reproduction of power and the country itself is impossible. And all the demands and hopes for salutary changes in economic policy are futile and pointless.