A political crisis is brewing in Serbia 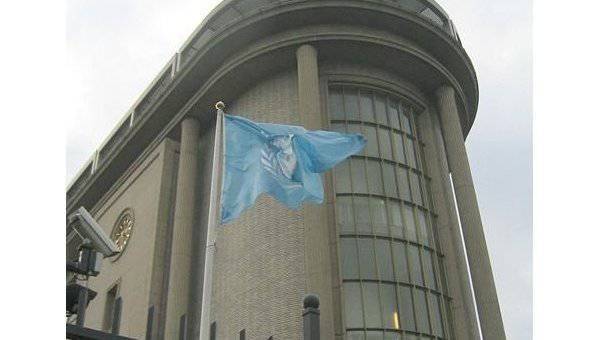 The Serbian government has taken another step, which can be regarded as a betrayal of the interests of the Serbian people. On December 11, Serbian Prime Minister Ivica Dacic and Prime Minister of the partially recognized Republic of Kosovo Hashim Thaci agreed to open the first two joint checkpoints (CAT) between Serbia and its autonomous province, Kosovo and Metohija. This agreement was reached under the auspices of (that is, actually under pressure) of the European Commission, in Brussels. According to some reports, two more checkpoints should be open by the end of 2012.

The Serb leaders of Kosovo and Metohija perceived this agreement painfully, since it directly affects their interests. According to them, the Serbian population of the region will oppose the “Belgrade national traitors”. Representatives of the patriotic circles in the Republic of Serbia themselves, who considered this treaty a formal recognition of Kosovo’s independence, also opposed the Dacic-Taci agreement. As a result, the internal political situation in Serbia has become even more heated. According to some experts, the Serbian President Tomislav Nikolic, while maintaining the current course, will find it difficult to keep the situation under control.

It should be noted that it would be a mistake to think that after the completion of local wars in the Balkan Peninsula, the region has moved to the periphery of world politics and there will be no more wars there. The global systemic crisis echoes across the globe and the Balkan powder keg is no exception. Transnational shadow structures continue to run in the Balkans model of destruction of nation states. In addition, the process of complete destruction of the Christian and Slavic civilizations on the Balkan Peninsula has not been completed. They do not fit into the New World Order, where there should not be such striking features that violate global "value" landmarks (such as bright individualism, tolerance for all sorts of perversions).

The West’s biased attitude towards Serbia and Serbs is clearly visible from the actions of the Hague Tribunal (International Tribunal for the Former Yugoslavia, ICTY). 12 December 2012 was given a life sentence by the former deputy commander of the Bosnian Serb army, General Zdravko Tolimir. During the years of military conflict, the general oversaw military intelligence and counterintelligence. The International Criminal Tribunal found Tolimir guilty of war crimes, crimes against humanity and the genocide of Bosnian Muslims in Srebrenica and Zepa from July to November 1995.

Relatively recently, at the end of November 2012, the Hague Tribunal repeatedly found the former Kosovo Prime Minister and one of the most prominent participants in the Kosovo war in 1998 – 1999 innocent. Ramusha Haradinaj. He was accused of war crimes and demanded 20 years of imprisonment for him. Haradinai is suspected of persecuting Serbs and Gypsies, as well as those Albanians who were suspected of collaborating with Serbs. Innocents also recognized not only Haradinaj, but also two field commanders who fought with him. According to the adviser of the Serbian Ministry for Kosovo and Metohija Oliver Ivanovich, this is a very strange decision, as it turns out that the Serbian military, recognized as war criminals, continue to be imprisoned, while their opponents who are just as guilty are justified. “In the West, the Serbs are so biased,” says Oliver Ivanovich. “For some reason, they are not embarrassed that Haradinai, one of the most sinister figures of the past war, who not only Serbs but also many Albanians still fear and hate, will now return to Kosovo.” At the same time, official Belgrade is silent, although the tribunal’s bias is also a violation of international law.

Earlier, on November 16, the ICTY acquitted Croatian generals Ante Gotovina and Mladen Markac (in the spring they had already been convicted, Gotovina was then sentenced to 24 years in prison, and Markach to 18). Croats were accused of war crimes against the Serbs, which were committed during the military operation "Storm" in 1995. The result of this operation was the defeat of the Republic of Serbian Krajina. According to Serbian investigators, during these events at least 2 thousand Thousands of Serbs were killed or went missing, half of them were civilians. The Russian Foreign Ministry said that this decision casts doubt on the objectivity and impartiality of the International Tribunal for the Former Yugoslavia. The United States fully supported this decision.

A huge body in the destruction of Serbia is played by a single corps of the ruling and in reserve political “elite”, which is fully oriented towards Euro-Atlantic values ​​and integration into “a united Europe” (even at the cost of further crushing Serbia and abandoning its historical past, abandoning itself). That is why the Jarinje checkpoint is already operating in the regime of the de facto state border of Serbia with Kosovo, according to the agreement reached in Brussels.

It is obvious that the power of the Albanians in Kosovo and Metohija is a Western project that aims to destroy the Slavic culture in the Balkans, to destroy Serbia. The United States deliberately raised and continues to cultivate a criminal enclave, which is part of the international “black market” in the slave trade weapons and drugs. The Albanian leadership does not imply the presence of a Serb minority in the “Albanian territory” - neither in the south nor in the north. Instant reprisals against Serbs in Kosovo can start at any time, because the planet is shaken by the storm of the “Great Depression-2”. The presence of Western troops in Kosovo does not guarantee the security of the Serbs. It is clear that they will stand aside and only record what happened.

In the south, the Albanian government has already solved for itself the problem of the return of refugees through violence and threats. Of those Serbs who were expelled or fled from the region (according to official data from 250 thousand people), only about 10% returned. This is not surprising - there are no guaranteed property rights, chances for employment and an extremely aggressive environment. Systematic aggression on the grounds of religious and national hatred against Serbs, robberies, burning houses and cars are common occurrences for Kosovo. There are many examples when the Serbs returned to their native lands in the hope of stabilizing the situation, but were forced to leave again because of the rampant ethnic crime. The Serbs to the south of Ibra are almost completely powerless and powerless, the process of ousting and assimilating them in the present conditions cannot be stopped. The minister of the Kosovo government for refugee affairs, R. Tomić, noted that while the attention of Belgrade is still falling to the north of the region, then about 100 thousand Serbs to the south of Ibra currently are actually abandoned. At any time, this situation may occur in the north of the region.

According to the Serbian media, on the eve of a new round of talks with the Kosovo leadership in Belgrade, they have developed a new strategy regarding the problem of Kosovo. It is planned to implement the “Bosnian model”, with the granting of extended territorial and administrative autonomy to the northern regions of the region, which are mostly inhabited by Serbs. According to the Pristina newspaper Express, the plan not only exists for President Nikolic and Prime Minister Dacic (it is denied at the official level), but has already been submitted to the European Union High Commissioner for International Affairs and Security Policy Catherine Ashton, and bypassing the Serbian parliament. The strategy is based on the recommendations of the European Union and involves the complete destruction of the Kosovo Serb self-government bodies in the north of the province. It is clear that they are not satisfied with the Kosovo Serbs and the patriotic forces in Serbia itself, since this is a de facto complete and unconditional surrender. This could cause a serious political and social explosion in Serbia.

In addition to the dissolution of the Serbian self-government bodies, the plan provides for the establishment of a separate chamber in the Kosovo Assembly, which will deal with the affairs of the Kosovo Serbs, as well as the dissolution of the Kosovo security forces. Thus, Belgrade will finally hand over the northern areas of the region populated by Serbs under the rule of Pristina. The meaning of such a plan from the point of view of the “European choice” of Belgrade is absolutely obvious. The main demand of the European Union, and first of all Berlin to Belgrade, is the dissolution of the Assembly of the Serbian communities of Kosovo and Metohija and other Serbian self-governing bodies in the province. Without the implementation of this requirement, the dream of the Serbian liberals of joining the “European family of nations” will not be realized.

Pristina developed its own project (“Plan for the North of Kosovo”). The Albanian leadership is proposing to establish Pristina’s control not only at the checkpoints on the administrative border of Kosovo and the rest of Serbia, but also directly over the entire north. It is clear that such "integration" is impossible without a force operation and bloody clashes. According to the Kosovo press, this plan has caused a negative reaction from EU officials, who do not want hype. Brussels and Berlin prefer to exert political pressure on Belgrade, which gradually gives up the remaining positions.