The most prosperous and disadvantaged regions of Russia. Riddle: who did not count the Ministry of Regional Development? 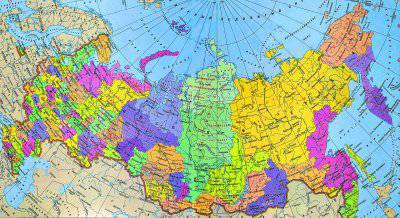 At the end of the year, according to tradition, results are summed up in various fields of activity. There was no exception and summing up in December 2012 in terms of the well-being of the Russian regions. The rating was compiled by Russian experts on 64 items, which were structured by 11 different groups.


The calculation was made using the methodological base of the Ministry of Regional Development, which today is headed by Igor Slyunyaev. Research went on throughout the year. Based on a study of unemployment rates, wage arrears, construction rates, production volumes, electric energy consumption, financial activity, investment attractiveness and much more, the index of each subject of the Russian Federation was compiled separately. The index was compiled by the level of income of citizens, the quality of housing conditions, demographic indicators, the development of education and health, environmental safety.

As a result, the regions of Russia took their places in the consolidated rating, the first three places of which went to such subjects of the federation as Moscow, St. Petersburg and the Moscow region. At the end of the list, Ingushetia (with its 47% of the unemployed), the Republic of Tyva and Kalmykia were identified.

Such a rating has been compiled for more than a year, and, in principle, fundamental changes in its top are not yet noticeable. On the one hand, this speaks of the stability of certain Russian regions (of both capitals, regions of oil and gas production), but on the other hand, an increasing gap between the subjects of the federation in understanding their competitiveness is also evident. Some use the resources of both their own and other regions (for example, Moscow), while others are forced to sit tight on subsidies and reflect on how much more can be pulled on the grubs allocated from the federal center. Local authorities are often not ready to make radical legislative moves in terms of the development of financial and industrial areas of the region, and the federal center is not always ready to share the tax manna, which is legally concentrated in its main volumes in Moscow.
Any rating gives rise to controversy, and even more so, a rating that in some way differentiates the quality of life in certain regions of Russia. Disputes arose both around the list of the most prosperous and around the most economically disadvantaged Russian regions.

To introduce the subject of discussion, we present both lists.

You will say: why does the list end on the 82 line, in Russia is the 83 a subject of the federation? Which subject was unrecorded? And this subject is the Chechen Republic. For some obscure reasons, the Ministry of Regional Development does not provide data on monitoring the situation in Chechnya. Well, or Chechnya does not give the Ministry of Regional Development the opportunity to conduct this monitoring ... In general, this republic was out of the rating list. Perhaps for a reason: the less you know, you sleep better ...

The principle of disputes about a particular place in the region in the ranking is born on stereotypes that live for decades. One of these stereotypes: well, where there is oil and gas.

Of course, the presence of oil and gas in the depths of the region adds economic advantages, however, as you can see, from the published rating, and regions with a certain potential for oil production go to economic outsiders. The same Dagestan has, it would seem, all that is necessary for a sharp jump in the region to the top of the rating: this is a prosperous demographic situation, the availability of natural resources, the opportunity to actively engage in agriculture, and a high level of education (judging by the results of the USE Dagestan schools, where the so-called 100-ballnik more than in any other region ...). However, information about a high level of unemployment, crisis phenomena in the financial system, weak investment attractiveness continue to come from this southern region of the country with unenviable regularity. But for many residents of the same Dagestan, those regions of Russia that were among the foremost possess certain amazing magnetic properties: the flow of Dagestan citizens of Russia to Moscow and St. Petersburg does not dry out. It would seem that you need to study and work for the benefit of your own republic, so that it is not a train car at the tail of the train, however, people are drawn to where much more modest work is made to receive substantial money ...

It is surprising that at the very end of the list was Kalmykia. I remember that during the time of the management of this region, Kirsan Ilyumzhinov, Kalmykia was considered one of the most promising Russian regions because of very serious investment attractiveness. Elista in the nineties saw a kind of "New Vasyuki" of the new time. But then it turned out that the territory of the republic attracted businessmen by the fact that there was an opportunity to evade taxes. In Kalmykia, Operation Steppe took place, during which numerous offshore companies were liquidated. From this point on in the Kalmyk "New Vasyuki" things went wrong.

Incidentally, at the same time (the second half of the nineties), investigators were engaged in the elimination of offshore companies in the territory of the Republic of Ingushetia. Investment projects thereafter and here began to quickly turn off. Today, Ingushetia occupies the last place in the list of economically prosperous regions of the country and leads in the number of unemployed, despite the fact that the region itself is a truly tidy field for economic investment. But who will invest their money there, where there are no guarantees not only that they will start working, but also that they will be able to be returned back? .. If you believe the official statistics, then in Ingushetia the lowest average annual income per capita is Russia. For comparison, it is in 6,7 times lower than the average per capita income of Tatarstan. This is a huge gap in the framework of one country, which clearly needs to be leveled so that the country does not completely split according to the principle “the rich do not understand the poor”.

The published rating gives food for thought to the heads of the regions, because the very fact of being in the tail end of the list speaks of unrealized potentials and unintelligible personal management effectiveness. With all due respect to the heads of regions who are at the bottom of the list, it is necessary to recognize that the work they are doing is obviously not effective. If the region cannot provide itself economically, then it is worth thinking about the effectiveness of management activities.
For example, in the Republic of Tyva, their own regional revenues make up only 24% of the total republican budget. In Ingushetia, even less - only 16%. Obviously, with such a return, there is no need to talk about economic efficiency.

In general, now we should expect from the leaders of a number of subjects of the federation reports that the Ministry of Regional Development has counted wrong, and that everything is in order in their wards. Who would want at the very New Year to get the nuts from the federal authorities ...