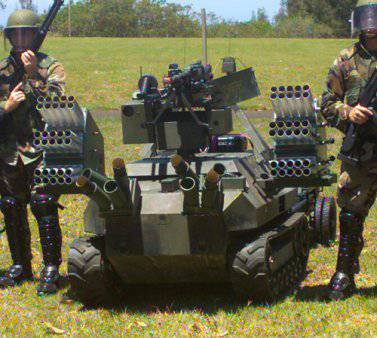 The US Navy continues to invest huge amounts of money in high-tech ships, next generation communications equipment and new exotic species. weaponssuch as combat lasers and electromagnetic guns.

According to the Deputy Commander of the Navy, Robert Work (Robert Work) is the only way to maintain a military advantage in the modern battlefield, but if the fleet can not keep the costs of equipment under control, it will expose himself and the country to great danger.

Speaking at the annual conference on science, naval research and technology in Arlington, Work presented the view of sailors on the latest defense developments. He is an ardent supporter of the technological development of the American fleetHowever, it always emphasizes the need for sober economic calculation.

Currently, the cost of maintaining the US fleet of 280 ships is growing faster than inflation. This is a very bad sign for a planned increase in naval forces to 313 ships. Despite emergency measures to save money, in the modern army the problem of equipment maintenance costs remains acute. As a result, the inevitable reduction in the number of combat units (that Today it is observed practically all over the world) may lead to the fact that the fleet will be too small to perform operations in the world ocean.

Robert Work emphasizes the growing threat from potential opponents who are finding cheap methods of armed struggle. The proliferation of precision weapons is a huge problem for the US Navy - this is one of the reasons that sailors are increasingly talking about the possibility of being locked in bases - cheap, accurate missiles will keep expensive warships in bays.

Thus, during the 2006 war of the year, Hezbollah, which has negligible military potential compared to the IDF, was hit by an Israeli corvette with a radar-guided missile. Robert Work noted that such threats should be stopped by joint American-Israeli programs like David’s Sling project to create a missile defense system designed to destroy missiles, artillery shells and mortar shells. However, this leads to the fact that the equipment appears in the army is very expensive to maintain and use. A sophisticated air defense system, which infects cheap guided munitions with expensive guided munitions, ultimately results in extraordinary cash costs and a reduction in the number of combat units. This, in turn, further increases the vulnerability of the army.

The only way out, according to Robert Work, is the use of the latest technologies, cheap and powerful. For example, combat lasers that develop the Navy. A free electron laser will allow ships to hit any targets, including missiles, and create directional interference. The cost of the shot is equal to the cost of electricity on board the ship, i.e. much cheaper guided weapons.

Another example is a breakthrough electromagnetic rail gun, which can accelerate projectiles to hypersonic speeds and hit targets with a kinetic element at a speed of 5 M.

The head of the United States Naval Research Division, Rear Admiral Nevin Carr, said that the prototype rail gun already gives out 25 MJ of energy, and next month it is planned to achieve a power of 32 MJ. Thus, the projectile will be able to cover a distance of almost 200 km in six minutes. There are plans to increase the energy to 64 MJ, so that the projectile can fly 370 km in six minutes.

Military officials emphasized that weapons, such as a free electron laser and a rail gun, would be universal and the cost of their shot would be relatively low. The latest technology today is the only way to get superiority on the battlefield. There is no alternative - either the army becomes the head of scientific and technological progress, or, in the conditions of the current economic situation, it is unable to protect its country.
Ctrl Enter
Noticed oshЫbku Highlight text and press. Ctrl + Enter
Military Reviewin Yandex News
Military Reviewin Yandex Zen
1 comment
Ad