The military unit 10003 - psychics on guard of the world 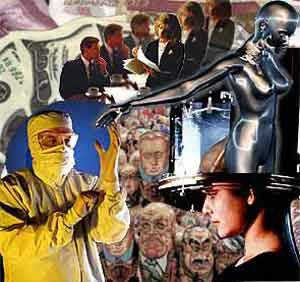 The Soviet secret services became interested in the supernatural and, in particular, extrasensory capabilities of a person almost immediately after the end of the civil war. But only at the end of the 1980-s managed to somehow structure the research in this area.

Thus, in recent years, the so-called perestroika in the Soviet military department turned into a group of psychics, who very convincingly promised to assist in solving many problems, in particular, preventing emergencies, searching for missing people, airplanes and ships, and treating wounded and seriously ill soldiers. Their proposal has been carefully analyzed. As a result, on the initiative of the Chief of the General Staff, General of the Army Mikhail Moiseyev, a new unit was formed - the military unit 10003. The commander of the unit would be Colonel Savin Aleksey Yurievich. The entire staff of the unit consisted of 10 people who were distinguished by their extraordinary and large-scale thinking and had outstanding abilities for military affairs. At the same time, the comic part name appeared - “a thousand and three nights”, by which it was meant that there they were doing something frivolous and fabulous. However, pseudoscientific and almost mystical parapsychology, with which, strictly speaking, began история parts, occupied by no means the main role in the activity of the 10003 military unit.

An important role in the creation of the unit was also played by the fact that in the United States of America in those years a group of scientists actively collaborated with the Pentagon and the CIA, which dealt with the problems of using human abilities in the interests of the American army and intelligence in the framework of the Stargate program. Its leader was a nuclear scientist Edwin May. In the research center, American scientists began the study of so-called vision, which is very similar to the Russian concept of clairvoyance. In particular, the possibility of using these abilities to implement an extrasensory connection with their submarines was studied. In addition, attempts were made, using the same abilities, to determine the coordinates of Soviet nuclear missile carriers, located in the ocean. Specialists of the group also attracted to search for missing people and criminals. Sometimes clairvoyants managed to achieve amazing results, one of which is that one of the psychics who worked in the group - Joseph McMonigle - felt that an unusual submarine was being built in the Soviet Union (in fact, he "saw" one of the submarine missile carriers "Shark", which were built in the framework of the highly classified project “Typhoon”). But these assumptions turned out to be so incredible that they didn’t believe the military parapsychologists. The American government did not even admit that there could be something in the USSR about which nothing was known. However, the Star Gates scientists did not retreat, and in the end, naval forces intelligence officer Jake Stewart listened to them, at the initiative of which the orbit of one of the satellites was changed so that he was above the indicated extrasensory position. In the Union, they were sure that there were no foreign satellites over their territory, therefore they brought one of the submarines into a specially built channel. The Americans managed to get unique pictures that served as the basis for the beginning of the stormy activity of the American intelligence services. As a result, soon about “Typhoon” was known almost everything.

In addition, American psychics were able to find the wreckage of a secret Soviet reconnaissance aircraft in the African jungle. The equipment of this aircraft was of great value for Americans, because the Soviet equipment at that time was the most modern in the world.

Thus, between the Soviet and American experts in 1989, a real battle broke out for obtaining priorities in the subconscious, an area that opened up tremendous prospects for the creation of new types of weapons. This confrontation in the United States received the name "psi-war."

I must say that at the beginning of 1990, Edwin May visited the Soviet Union for the first time. During the meeting with Alexey Savin, the possibilities of organizing joint activities aimed at combating international terrorists were discussed. Initially, everything was fine, however, when representatives of the two states managed to agree, and even the concept of a joint program was prepared, neither the US, the Soviet government did not want to accept it. The reasons to this day remain incomprehensible. Later, in the 1995 year, the American project “Stargate” ceased to exist, since, in the opinion of the Pentagon, the need for it due to the absence of the main enemy in the USSR, disappeared. 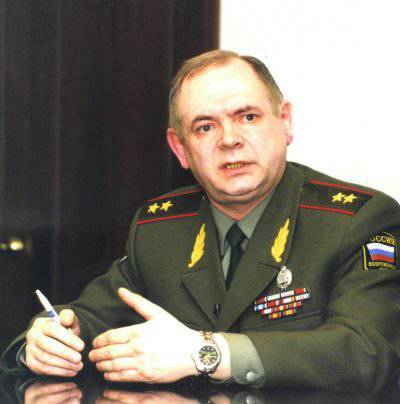 Alexey Y. Savin - was born in 1946, in Moscow, in the family of a soldier. From 1964 to December 2004, he served in the Armed Forces of the Russian Federation. Passed the way from the cadet of the Black Sea Higher Naval School to them. PS Nakhimov to Lieutenant-General - Head of the General Staff of the Armed Forces of the Russian Federation. Honored military specialist, doctor of technical and philosophical sciences.
The commander of the legendary military unit 10003, the head of the program "Brain Wars" (in American terminology).
Member of the fighting. Awarded many orders and medals, including the Order of Courage.
Honorary Doctor of the European University, Academician of the Russian Academy of Natural Sciences, European Academy of Natural Sciences, International Academy of Sciences, Italian Academy of Economic and Social Sciences.
Since 1989, a program manager for the development of new special weapons and military equipment, methods and means of non-traditional types of combat training and education, and the management of human psychophysical resources.
Possesses phenomenal abilities that allow him to test and correct the psychophysical capabilities of people. The author of the method of disclosing extraordinary abilities of people of different ages and professional activities. Developer of training programs for the elite of the Armed Forces and structures of departmental and state administration systems.
The creator of the new complex science - noocosmology, synthesizing the achievements of many social and natural disciplines.

As for the 10003 military unit, it continued its activities. The department received the highest level of secrecy. Its structure was organized in such a way that Savin was directly subordinate to the Chief of General Staff. The defense ministers, meanwhile, knew practically nothing about the activities and results of the research.

The department was financed according to a specially developed secret program, authored by the Minister of Finance of the Soviet Union, Valentin Pavlov. He was the most active patron of the group. Each year, about four million dollars were allocated for research. Moreover, this scheme was so successful that it worked without failures up to the 2003 year. As for the problems that were solved by the subdivision, it was very broad, and in addition to the scientific problems, many applied tasks were solved.

So, at the beginning of the 90-s, it was possible to get extrasensory information about the possibility of an explosion of an atomic object in Glasgow, while it was not entirely clear where exactly the danger exists - either at some power plant, or at a nuclear warhead. Information brought to the knowledge of the British. Those, oddly enough, they believed and began to check. As a result, literally in the last minutes, it was possible to avoid a serious and very dangerous technological and environmental catastrophe not only for Great Britain, but also for the whole of Western Europe. In addition, military psychics predicted an earthquake that struck Kamchatka in the 1991 year.

Savin also succeeded in developing and introducing into the troops a special methodology for the mass preparation of psychics. There was no such thing anywhere in the world, since it was believed that not everyone possesses such abilities. Savin, on the other hand, was able to theoretically prove that supernormal abilities can be developed in any normal person. In a number of military educational institutions special courses were created, in which hundreds of future officers with parapsychological abilities were trained. The main objective of the courses was to provide the cadets with the opportunity to memorize large amounts of information, to operate in the mind with large information flows and large numbers. In addition, it was necessary to develop high performance and unique capabilities of the human body, which would give the ability to withstand mechanical stress and extreme conditions. But these courses did not exist for long, and the officers were unclaimed, but only until the military conflict in Chechnya began. Specialists from the 10003 military unit immediately said that the conflict could be resolved in the bud, and even offered their own plan to overcome the Caucasian crisis. However, Yeltsin ignored their recommendations.

In 1995, Savin arrived in Chechnya with his group. Military psychics were engaged in assessing the current situation, carried out reconnaissance, determined the location of the secret command posts of the militants, indicated the direction of possible terrorist attacks, predicted the future development of events, took part in the interrogations of the militants. This went on for two years. The 10003 military unit in Chechnya worked quite well, so in 1997, its status was upgraded from the General Staff to special management. Savin received the rank of lieutenant general, and the range of tasks that military psychics dealt with was greatly expanded. And the results of their research are simply shocking for the mind of the common man.

However, the situation has radically changed with the advent of the new century. A new head of state has appeared in Russia, and the military department is headed by a new minister. Despite the fact that hundreds of diversified research and academic institutions were involved in the work, at the end of 2003, the Savin unit was eliminated by a special order, and the commander himself resigned in 2004. The military unit 10003 existed a little more than 15 years. About the same there was an American project. The results obtained by these two groups were similar in many respects, but at the same time they were very different. But what unites the leaders of these groups is the conviction that the time of wars is in the past, and peace must be built by the force of unity, and not by force weapons.