December 18 2012
5
The European Missile Association MBDA in a press release for the first time officially announced in December 4 2012, that the Royal Guard of Oman became the first customer and operator of the ground-developed version of the MBDA anti-aircraft missile system VL MICA (Ground Based Air Defense - GBAD). The press release reports on the training and firing of the VL MICA air defense system, produced by the Royal Guard of Oman at the Abir proving ground in the central part of this country from the received regular 24 system of September 2012 of the year. The launched MICA rocket with an active radar homing head successfully hit an air target at a distance of more than 14 km from the launcher. 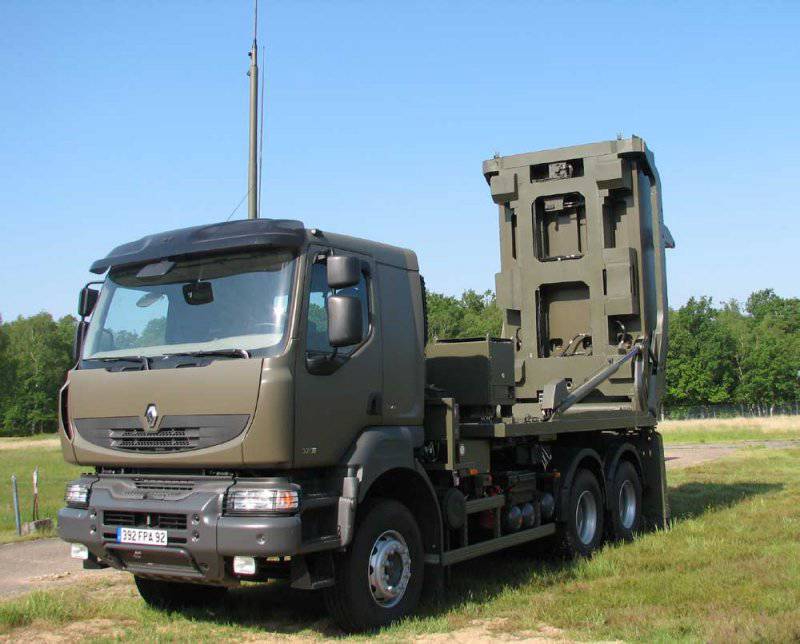 MBDA officially announced the conclusion of the first contract for the sale of the VL MICA air defense system in June 2009, but so far has not disclosed Oman as a launch customer. Contract parameters were also not reported. In the delivery for Oman, the complex is mounted on the chassis of Rheinmetall MAN vehicles with 8x8 and 6x6 wheel configurations, including four-container self-propelled vertical launchers and a Cassidian TRML-3D radar.

Oman was also the starting customer of the VL MICA airborne SAM system, which is mounted on three Khareef corvettes built in the UK by BAE Systems under a contract concluded in January 2007. However, due to the delayed construction of these ships and a number of shortcomings that appeared on the corvettes during the tests, which required numerous modifications and alterations, all three built ships still remain in the UK and have not been transferred to Omani the fleet.

The anti-aircraft missile system of short-range VL MICA (Vertical Launch MICA) of various versions is used as a means of air defense of ground forces, air bases, command posts and surface ships from attacks of cruise missiles, guided bombs, airplanes, helicopters and unmanned aerial vehicles during the day and night any weather conditions. The VL MICA ADMS was developed by MBDA on the basis of an air-to-air MICA guided missile. The complex is characterized by compactness, high efficiency and in its combat capabilities it occupies an intermediate position between the Mistral short-range air defense system and the PAAMS long-range air defense system. 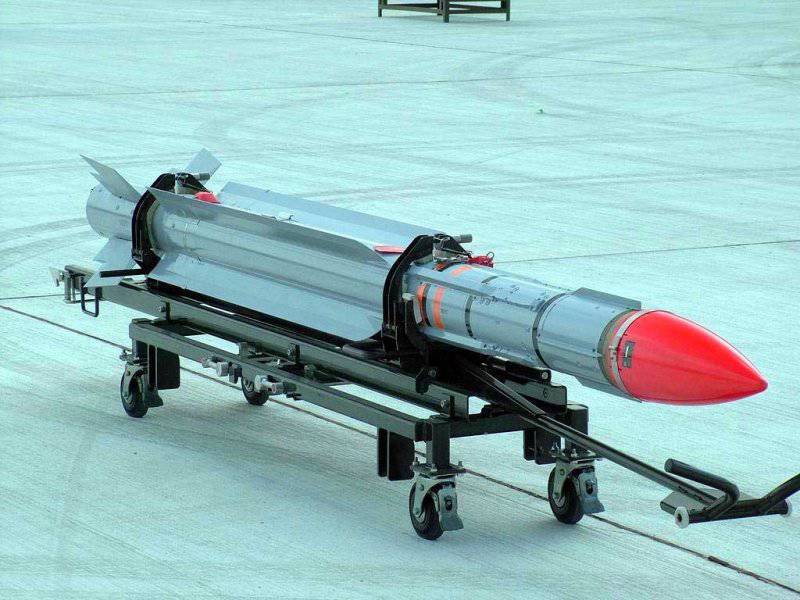 The modular design of the MICA missile makes it possible to have in the ammunition package of the complex means of destruction with various homing systems and to use their advantages depending on the combat situation. The MICA missile can be equipped with an active pulse-Doppler radar homing head (MICA-EM) or thermal imaging (MICA-IR). Radar GOS provides all-weather capability of the complex and is effectively used against enemy combat equipment with a low IR signature (for example, guided aerial bombs). The thermal variant is preferred when used to hit targets with a small effective dispersion surface, incl. small high-speed surface targets.

The ground version of the complex was first introduced in February 2000. in Singapore at the Asian Aerospace exhibition. The tests of the complex began at the CELM test center (Center d'Essai de Lancement des Missiles - France) in 2001. In February, 2005. The demonstration of the capabilities of the new complex using the standard MICA-IR standard rocket was successfully carried out, and the target was hit at a distance near 10km. By January 2006. The 11 VL MICA missiles were launched in various configurations. 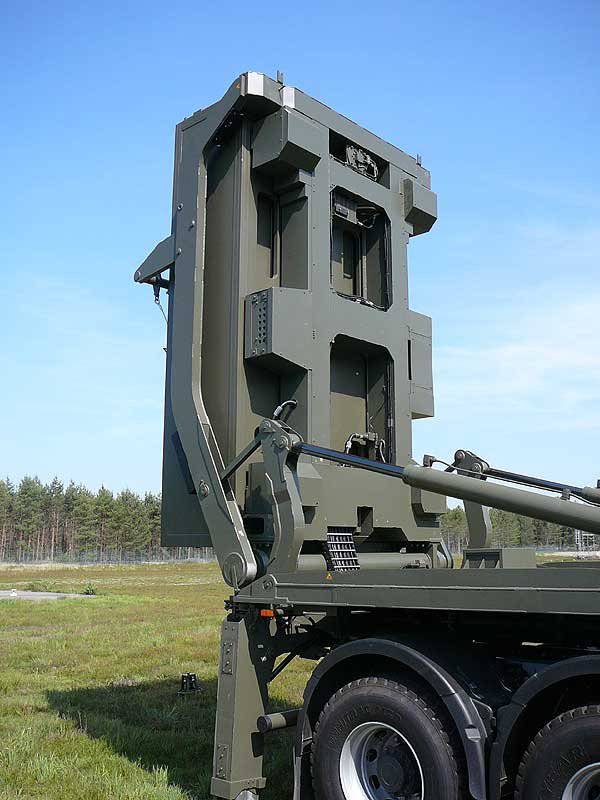 Work on the ship's air defense system based on the VL MICA vertical launch missile company MBDA, in its initiative, began in 2000. The offshore version of the VL MICA complex is positioned primarily as a means of defense of surface ships of small displacements, for which the weight and size limitations of the deployed weapons are significant, as well as to enhance the anti-aircraft defense of large ships at close ranges. In April, 2006. In the CELM test center, the VL MICA air defense system was successfully tested from a naval launcher. During the tests, the VL Mica hit the target with a direct hit, simulating a low-flying anti-ship missile at a range of 10km. During test launches in October 2008, a direct hit hit the target (Banshee UAV) at a distance of 12 km.

In 2007 The Oman Navy and the MBDA Company entered into an agreement to supply the VL MICA air defense system for the three patrol ships of the ocean zone (OPV) of the Khareef project (displacement - 2500т, length - 99м). Construction of the first ship of this project began in October 2007. at the shipyard of VT Shipbuilding in Portsmouth. The deadline for transfer to the customer is 2010, the rest - with a six-month interval. The VL MICA complex is supposed to be installed on the Sigma rocket corvettes under construction at the Schelde Naval Shipbuilding Dutch shipyard commissioned by the Moroccan Navy. Delivery of the three corvettes of this project should be completed before 2012. Polish corvettes of the type "Gawron" Ave 621 (the planned series - 7 units) will allegedly be armed with two modules on 16 VL MICA missiles located in front of the superstructure. The first ship of the Slazak series was laid in 2001, the deadline is 2010-2011.

In December 2005. The DGA Armament Administration (Delegation Generale pour l'Armement) of the French Ministry of Defense signed a two-year contract with MBDA for the supply of an anti-aircraft missile VL MICA for all combat arms. Under the contract, MBDA performs work on the integration of the VL MICA missile defense system with the CETAT and MARTHA command and control systems of the French air and land forces.

8 July 2009. at the CELM test center, a MICA-IR rocket launched from a ground-based launcher successfully intercepted a low-flying target at a range of 15km and an altitude of 10m above the sea. The rocket was controlled from a command post located at a distance of 6km from the launcher. The purpose of the tests, organized by MBDA, DGA and the French Air Force, was to demonstrate the prospects for using the VL MICA complex for coastal defense. It was the last of the 15 series of successful test launches of the VL MICA air defense system.

A typical ground-based VL MICA air defense system consists of four launchers, a command center of the complex and a radar detection system. Launchers of the complex can be placed on various off-road chassis with a lifting capacity of 5. 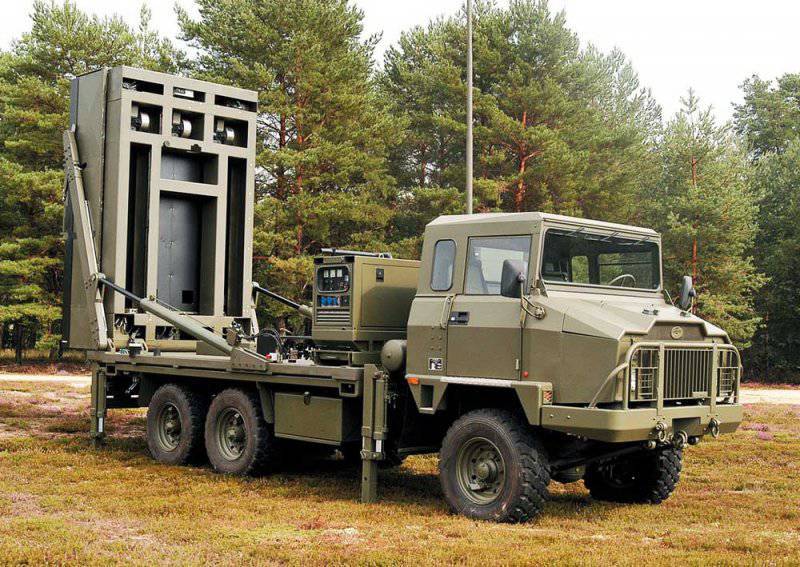 The MICA rocket is made according to the normal aerodynamic configuration and is equipped with a cruciform wide-chord wing of small elongation. In the forward part of the hull, destabilizing planes are installed, having a rectangular shape in plan. In the middle part of the rocket there is a Protac solid propellant solid propellant equipped with a charge of low-smoke mixed fuel. The engine provides the maximum speed of the rocket VL MICA M = 3. In the tail section there are aerodynamic control surfaces, an engine thrust vector control unit (SUVT) and a data link receiver. SUVT together with aerodynamic control surfaces provides maneuvering of a rocket with an overload up to 50g at a distance up to 7km and with an overload up to 30g at a distance 10km. The warhead is a high-explosive fragmentation directional weight 12kg, the fuse is an active Doppler radar.

The MICA EM rocket is equipped with an active pulse-Doppler homing AD4A (12-18 GHz), developed by "Dassault Electronique" and "GEC-Marconi". The AD4A GSN is capable of capturing a target on a trajectory on its own and ensures target destruction from any direction, at all angles, day and night, in simple and complex meteorological conditions, in conditions of intense electronic countermeasures, against the background of the earth and water surface. GOS AD4A is located in the nose compartment of the rocket under the radio transparent ceramic fairing. The modified version of the AD4A is also used as part of the Aster anti-aircraft missile of the SAMP-T and PAAMS complexes. 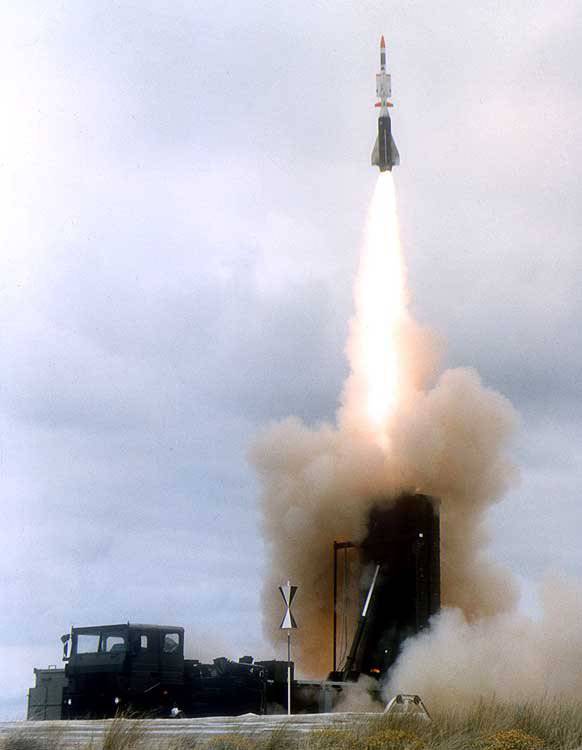 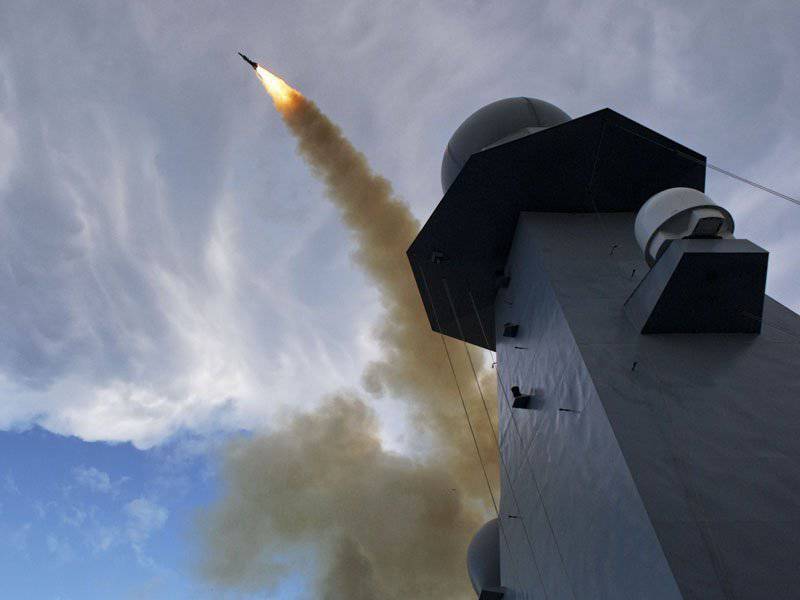 The Bispectral Thermal Homing Head (TGSN) of the MICA-IR rocket, operating in the 3-5 and 8-12μm range, was developed by Sagem Defense Segurite. TGSN contains a matrix of sensitive elements installed in the focal plane, an electronic unit for digital signal processing, an integrated cryogenic cooling system for a matrix of a closed type. The cooling system TGSN provides autonomous operation of the receiver during 10 hours. High resolution and complex algorithms allow TGSN to efficiently track targets at large distances and screen out heat traps.

The rocket is launched vertically with the subsequent inclination in the direction of the target using the SUVT. ZL VL MICA is used in the mode of capturing the target GOS after launch and has a maximum range of more than 10km (for a number of sources up to 20km). Before the target is captured by the homing head, the rocket is controlled by an inertial control system up to the data of the primary target designation transmitted to the rocket. The data line is used to transmit missile correction commands in the middle part of the trajectory before the target is captured by the homing head. The use of the principle of "shot-forget" allows you to effectively counteract the saturation of the object's air defense system during massive attacks of the enemy's air attacks. The rate of fire is two seconds. Missiles are launched directly from transport-launch containers (TLC), which are used for their transportation and storage. Each container has a length of 3,7 m and a mass of 400 kg in running order. 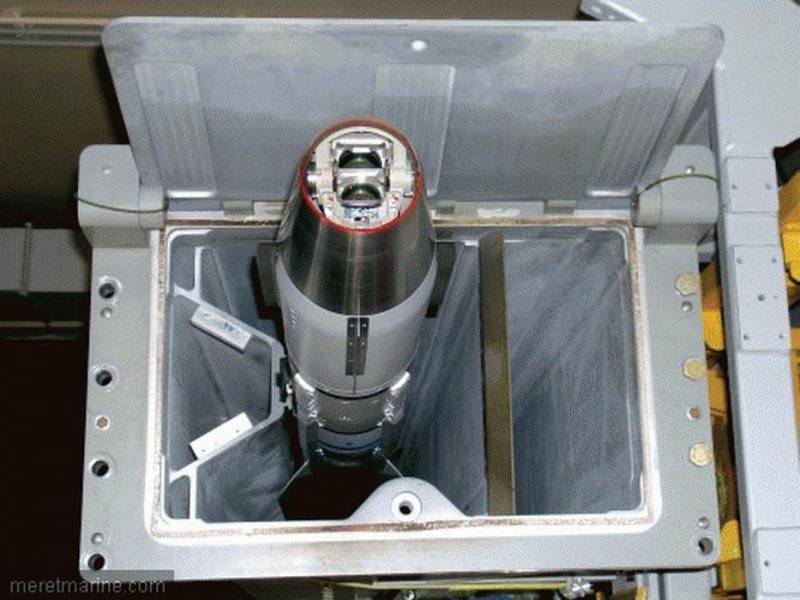 For the detection of airborne targets and target designation, optical-electronic means, general-ship detection systems (for the maritime version) or any three-coordinate radar systems of the Giraffe-100 type by Ericsson, RAC 3-D made by Thales Raytheon Systems and TRML- can be used. 3D from EADS (for the land version). The threat assessment (of the enemy’s combat equipment) is carried out by the combat information management system (CMS) of the carrier ship or by the command center of the complex, which then transfers the target distribution data to the missile interface unit.

To place the VL MICA air defense missile systems on surface ships, original launchers, vertical launchers of the VL Seawolf air defense system and the SYLVER vertical launch system (SYSteme de Lancement VERtical) developed by DCNS can be used. The SYLVER system is designed to launch various types of rockets: anti-aircraft (Mica, VT1, Aster-15, Aster-30), PRO (Standard – II Block IV), and drums (SCALP Naval, Tactical Tomahawk). Four system sizes are available: A-35, A-43, A-50 and A-70. To accommodate VL MICA missiles, modules from 8 cells A-43 or 4 cells A-35 can be used. Each module has its own gas exhaust channel. Deck plate, hatches of the cells and the hatch of the exhaust channel - armored, airtight. Module A-43 has a length of 5.4 and weighs 7.5. The VL MICA air defense system is paired with the vehicle's motherboard BIOS by means of a digital channel of the local network using a special electronic interface unit. On 8 launch cells, the installation of one interface unit and 4 ship-to-vehicle data link antennas are required.