CIA got rid of evidence, but not guilt

20 May 2010
5
Torture videos shocked the public, even though no one saw them. 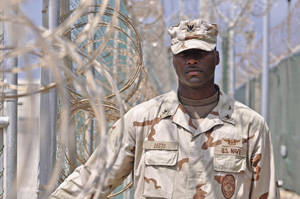 The American press informed their fellow citizens that five years ago the CIA destroyed the video recordings of cruel torture that its employees used to suspect of terrorism. The leadership of the main espionage agency of America decided to “defend” its agents and to enable them to continue to continue to enjoy their lives without any clouds.

The well-known American newspaper The New Yotk Times reported that the CIA director Porter Goss, who headed the main spy department of America in 2004 – 2006, during his directorship gave the go-ahead to destroy the videos of torture of suspected terrorists in Thailand’s prisons. The newspaper referred to the official documents of the CIA that had become public. These materials, which are the official correspondence by e-mail of the department’s specialists, were published on April 15 in pursuance of a court decision on a lawsuit filed by the American Civil Liberties Union (ACLU). The correspondence includes 165 e-mails, which dealt with the destruction of video footage of interrogations of militants.

The order to destroy the interrogation records was given by José Rodriguez, assistant to Goss, director of the CIA (National Clandestine Service) intelligence agency. This decision was made by Rodriguez in November 2005,
fearing that if the video was made public, the CIA operatives would be in serious trouble and even their lives could be in danger.

According to the employees of this department, who were interviewed by journalists, at first the head of the CIA expressed his displeasure that his assistant signed the order without consulting him and the legal department of the main intelligence agency of the United States. From the documents it also follows that the White House was not warned about the destruction of the video.

However, as it became known from the published electronic correspondence between employees of the office, whose names are not named, after the destruction of the films Goss still admitted that the elimination of these materials was really urgently needed.

Interviews and torture of two prisoners suspected of having links with al-Qaeda were recorded on the destroyed videotapes. The interrogations of those arrested were conducted in one of the prisons of Thailand in 2002. Until 2005, video footage — more than 100 video tapes — was stored at the CIA residence in Bangkok.

Criticism of the CIA regarding the inhumane methods of treating prisoners at different political levels and in the American press has been heard for many years. However, no one was brought to administrative responsibility and to court for these acts. Although it may be the first figure in this future list of perpetrators, which human rights activists hope should eventually appear in the White House, to some extent, apparently, the current deputy head of this special service, Steve Kappes, has become.

14 April CIA Director Leon Panetta announced the resignation of his deputy. He said that Kappes will vacate his chair this May. As expected in such cases, Panetta said that his deputy, who several months ago allegedly himself decided to leave his post, "meets the highest standards of service for the American people." Speaking about the merits of his deputy, Panetta noted that he took part in many highly responsible missions, including negotiations with Libyan head Muammar Gaddafi in 2003. After his visit and contacts with Gaddafi, Libya abandoned programs to create chemical and biological weapons.

At the same time, as the American press notes, Kappes, the former deputy director of the CIA in the days of George W. Bush, was implicated in a scandal involving the use of prohibited methods of interrogating terror suspects. After Barack Obama came to the White House in the United States, a report was declassified confirming the use of severe torture by CIA officers of arrested terrorists and citizens of various states suspected of belonging to militant cells.

So, after the events of September 11 2001, Kappes worked in the operational directorate of the CIA, which controlled the use of so-called hard methods of interrogation of jihad warriors. The intelligence officer himself has repeatedly denied his direct participation in the program that authorized the torture of suspects.

His place, according to CIA experts, should be taken by Michael Morrell, who is currently engaged in analytical work at the CIA.

CONGRESSMAS ALSO NOT WITHOUT SIN

But, as it turns out, it is not only the CIA authorities who are guilty of cruelty and thoughtless methods of obtaining necessary information from the militants. Back at the beginning of this year, the Reuters news agency reported that at least 68 to US parliamentarians from 2001 to 2007 a year was also aware of the tough methods of extorting information from detainees used by the CIA. They even received reports on the interrogation program implemented by this special service. According to Reuters, information about this is contained in the materials of the CIA declassified at the request of human rights defenders. In 2009, after Obama came to power and the presidential administration changed, the harsh methods of intelligence work became the subject of fierce political disputes.

As the US public learned, with the approval of the Justice Department, the CIA applied a whole range of methods of intensive interrogation to those suspected of terrorism, including the so-called "water torture", which was otherwise called "partial drowning." Waterboarding is an imitation of drowning the person being questioned. The arrested person is tied to a flat surface, water is poured on his face and he has the feeling that he is sinking.

Information about the brutal methods used by the CIA operatives caused sharp criticism from representatives of the Democratic Party in the US Congress against the administration of George W. Bush. However, it later became known that the leading democratic politicians, including the current Speaker of the House of Representatives, Nancy Pilozi, who was the Democratic parliamentary leader at that time, also knew about the not very humane methods of the CIA.

The CIA materials, which once again shed new light on CIA methods, were declassified at the request of the Judicial Watch legal foundation. They contain information that in 2002, Pilozi and seven other members of the House Intelligence Committee heard a report on the interrogation of Al-Qaida’s member Abu Zubaydah, who was subjected to water torture.

Last spring, the Senate Intelligence Committee told the Americans that Condoleezza Rice, the presidential adviser on national security in 2002, had given verbal authorization to use water torture against Abu Ubaida. Then the senators presented a detailed chronology of how the brutal interrogation methods were discussed and sanctioned in the White House.

What is happening now in the CIA casemates is not known for certain. But, judging by the non-declining wave of criticism of this department, the perpetrators will still be found. But whether they will be named and will be punished, hardly anyone will undertake to predict. Too tall faces, the former and the real, were involved in this dirty scandal.