The fourth T-50 took off

December 17 2012
72
Recently there have been few News about perhaps the most ambitious project of domestic aviation industry - Advanced Aviation Complex of Frontline Aviation (PAK FA). During this informational “lull”, employees of the Komsomolsk-on-Amur Aviation Production Association managed to complete the assembly of another flight prototype of a promising fighter with the T-50-4 symbol. On December 12, it was announced that this prototype made its first flight and is joining the general flight test program. Under the control of the honored test pilot, Hero of Russia S. Bogdan, the new aircraft spent about forty minutes in the air. According to the pilot, the fourth T-50 during the flight behaved normally, obeyed the controls and did not have any problems with engines or electronic equipment. 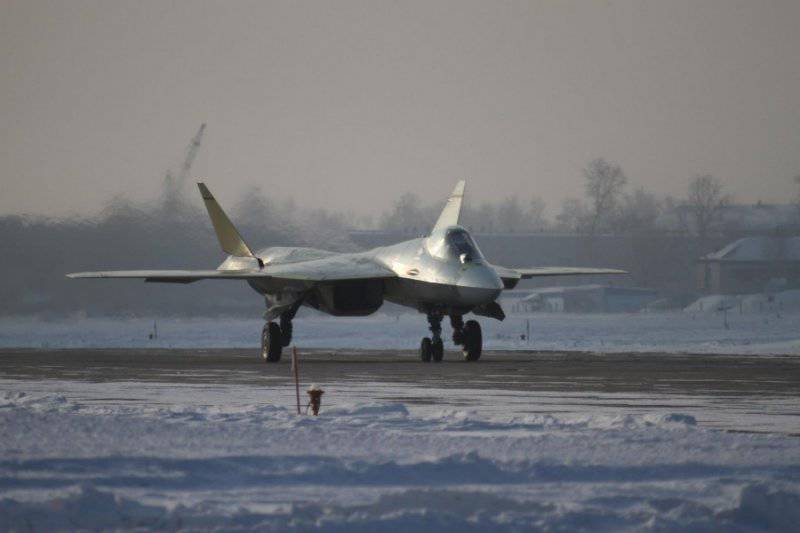 Admittedly, the new prototype took to the air with a noticeable lag from the previously announced test schedule. Last year, at the MAKS-2011 air show, representatives of the United Aircraft Building Corporation and the Sukhoi company said that the third and fourth flight prototypes of the PAK FA will join the tests before the end of 2011. Only the third aircraft, which took off in November-month of last year, met the deadlines. The fourth prototype, in turn, managed to fly only until the end of the next year, 2012. However, such delays have certain reasons. Earlier it was reported that the first three prototypes are designed for testing the aerodynamic nuances of the design and the initial verification of electronic systems. Thus, it is possible to draw some conclusions about some design flaws, the correction of which took several months.

However, the T-50-4 is built and is already flying, which indicates the absence or correction of any serious problems of a constructive nature. It is noteworthy that according to the existing photos of the new aircraft, it is impossible to accurately determine not only the nature of the changes, but also the fact of their presence. All noticeable changes compared with previous experienced machines relate to small parts, such as various antennas, etc. knots. For example, on the left side of the car, a little panel with some details, the purpose of which has not yet been announced, appeared slightly below the moving part of the lamp. In general, the T-50-4 looks almost completely similar to the previous third prototype. There are some doubts about the power plant of the new aircraft. Most likely, these are AL-41F-1A turbojet twin-circuit engines, however, some unofficial sources mention the possibility of installing updated so-called engines on T-50-4. second stage. Official sources are still silent. 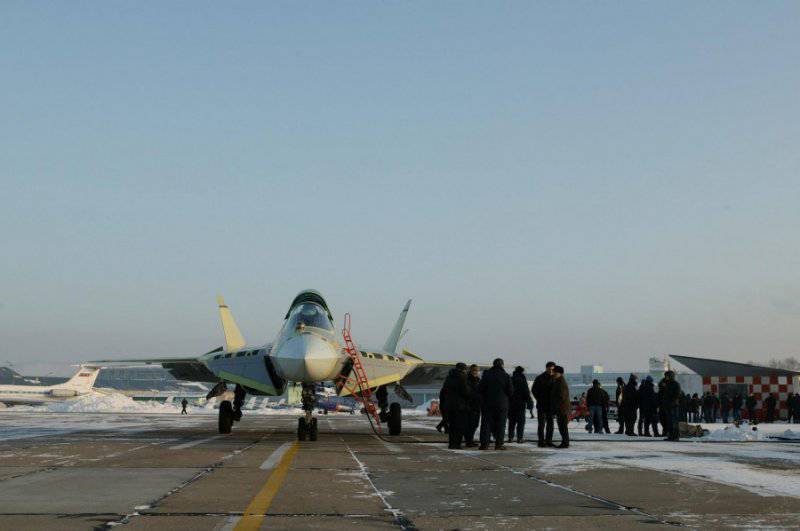 However, the greatest interest is not external changes or engines of the fourth flight of the instance, and its electronic equipment. It is possible that the ground tuning of the equipment turned out to be the very factor that slowed the start of flights of the new T-50-4. Such delays can be considered more than justified: the complex of onboard avionics equipment of a promising fighter is quite complex and the majority of the existing problems must be corrected before installation on the aircraft. In this context, it is necessary to recall the prototype T-50-3, on which, as stated, a radar with an active phased antenna array was installed. At the same time there is information on changing the composition of the equipment T-50-4 in the direction of its increase. It is quite possible that the fourth prototype of the PAK FA program is equipped not only with the nose radar, but also with the side or even wing, which at one time caused a lot of talk and enthusiasm. Also, it is worth expecting the availability of a full-fledged optical-radar station and an infrared sensor tracking the upper hemisphere on the T-50-4. The previous T-50 prototypes were fitted with the BINS-SP-2 inertial navigation system developed at the Moscow Institute of Electromechanics and Automation, and satellite navigation equipment using the GLONASS and GPS systems. According to reports, the navigation equipment T-50-4 is not different from the aggregates of the previous aircraft. Perhaps in the future, the fourth prototype will receive an updated inertial system BINS-SP-2M. As for the weapons control system, there is almost no information about it. Fragmentary information suggests that T-50-4 has ready-made on-board computers that have a multiprocessor architecture. 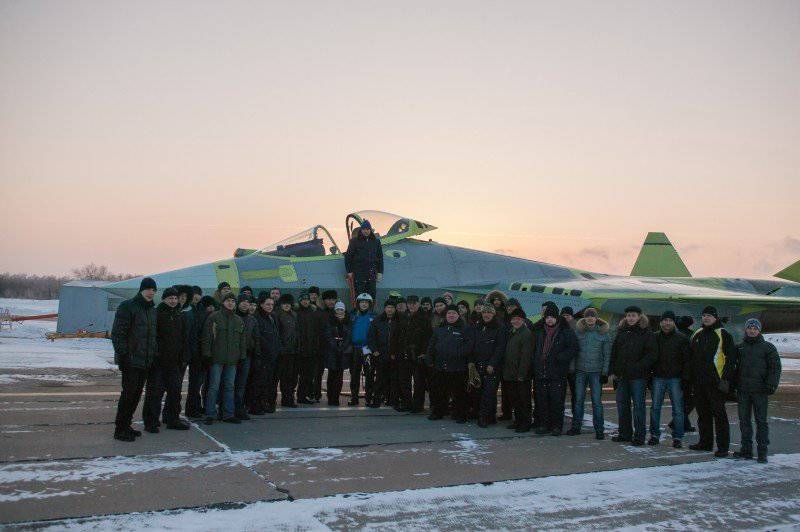 It should be noted that the fourth prototype may not have a full-fledged computing complex. Before the start of mass production of the T-50 fighter, two more prototypes are planned to be built, on which the “running in” of the onboard equipment will continue: radar stations, computing systems, weapons control equipment, etc. Thus, the tests of the aircraft of the PAK FA project entered a kind of transitional stage between purely prototypes designed for the first test flights, as well as working out the nuances of the airframe design and powerplant, and full-fledged pre-production machines that will be used to develop the finished combat aircraft.

At the moment, about two hundred flights have been conducted during the PAK FA program. It is quite clear that the purpose of all these sorties was to check and test the various systems of the aircraft that provided the flight, as well as the first tests of the onboard radar station. Now, the T-50-4, received a greater number of different electronics can easily begin and test weapons systems. Over the coming months, one of the experienced T-50 must make its first flight to the landfill to begin testing of a set of weapons. Just one such flight will be a significant step in stories program PAK FA, approaching the moment of adoption of the new aircraft in service of the Russian Air Force.