New forecasts from American intelligence: the imminent disintegration of Turkey and the troubles in Russia 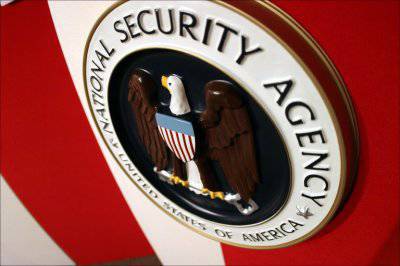 Sometimes it is just striking the thrust of Western "partners" to predict various kinds. With enviable regularity comes the information that they managed to forecast some experts on all sorts of reasons. Probably, such personalities as Wanga and Nostradamus today could envy the productivity and creativity, for example, of American forecasters who are ready to predict everything: from the possibility of increasing yields of Asian Yak females to the frequency of the “world ends” for the next 20-30 years.

Another forecast was noted by such an organization as the National Intelligence Council of the United States of America (DNI), which allowed herself to talk about how the world will look like by 2030 year. Such work in the United States is carried out once every four years and is aimed at ensuring that the authorities of this state can be ready for new challenges. It does not matter that the lion’s share of DNI forecasts does not come true, but many ordinary citizens still take the forecasts, at least in the US, seriously. Why, there are citizens there - the authorities are also quite thoroughly accustomed to the prophecies that come from the 16 intelligence organizations of the most different jurisdictions. All this information by people, especially “dedicated” to the intricacies of the future, is thoroughly analyzed, rethought, and based on it, a description of how the planet will live in 18 years is given.

It would seem that the role of intelligence itself should not consist of long-term assessments of what will happen and how the heart will calm down, but in the United States even from the activities of intelligence agencies they make a show. Apparently, the primacy of making money in this state is comprehensive and unquestionable. The show is born literally from scratch and attracts millions of people. The directors of these shows are doing everything to create their own trends, allowing them to solve problems to a certain circle of people. And we, it must be admitted, quite often find ourselves in the distributed networks. And not only we ...

Let us consider some points of the forecast from the DNI, which, like all the scenarios of overseas agencies, one way or another connected with endless ratings, scales, gradations, forecasts and predictions, promises a lot of interesting and surely terrible things. Someone, naturally, is expecting manna from heaven (if the forecast was made by experts from the USA, try to guess who, according to the forecast, this manna will be sent down), and someone is literally waited for hell. In principle, it is difficult to call the work done by DNI because it is more like some kind of neuro-linguistic programming, when using certain words and actions, people try to tell them how to live.

So, just the other day in the USA, another predictive document was born, which is called “Global Trends to 2030 of the Year: Alternative Worlds”. The speaker was a man like Christopher Kocge, who is the head of the US National Intelligence Council.

Mr. Kojem’s report, it must be admitted, was thorough. Already 140 pages of narrow text. Still would! As many 16 services worked in his preparation! Therefore, it literally covered all aspects of the existence of human civilization up to 2030.
One of the main points of the report was the pacification of the ordinary American citizen, and at the same time all of the US government report customers. The comfort was that with all the "dirty insinuations" on the part of the ill-wishers of the most democratic country in the world, the United States would retain world leadership through 18 years. At the same time, such a “forecast” somehow badly fits together with the fact that by the year 2030 China will become the leading economy of the world, Kouge himself said. It turns out that the DNI say something like this: the Chinese will overtake us, but we will still be leaders on the planet ... Such tirades remind the famous Soviet anecdote about how Brezhnev and Reagan competed in running against each other. The American president won the race at the Soviet secretary general, but in the USSR the newspapers wrote that Leonid Ilyich came second to the finish line, and Reagan was the last ... The impression that Christophe Kodge and the company made predictions about American leadership after reading this particular anecdote.

In general, “their own” Kojem reassured, which means that one of the key goals of the report itself was already achieved ... Then the speaker transferred to other geopolitical sites, one of which was, of course, Russia. What could be without her in the American reports.

It turned out that Mr. Kojem, on the basis of some surprising statistical methods, managed to calculate that the population of the Russian Federation by 2030 from the current 143 million people was reduced to 127 million 910 thousand people. The striking accuracy ... But how this forecast fits in with data not only from Russia, but also from many European, Asian, and American, by the way, statistical agencies that have recently registered an increase in the Russian population, is not entirely clear. I would like to look at the formulas according to which Russia will lose more than 18 millions of citizens in 15 years. But the speaker from DNI did not bother either himself or us with “superfluous data”.

In relation to Russia, Mr. Kochem and his colleagues “predicted” dependence on energy exports in 2030. One of the theses of the report contains information that the main inflow of funds into the Russian treasury over the coming years will be largely associated with the sale of oil and gas abroad.

Well, is this a forecast? Yes, in our country such a prediction can be made by any student. Everyone and without Mr. Kojem understand that with the diversification of the Russian economy, things are, to put it mildly, not the best way. What is surprising is that the DNI forecasters for Russia see this as a great disaster, but the same dependence on oil sales by some countries of the Persian Gulf is clearly not associated with an economic catastrophe both for these countries and for their residents. Why is this? ..

The speaker is also worried about the growing number of Russians professing Islam. But the increase in the number of radical Islamists, for example, in the UK, the United States itself or the Scandinavian countries, does not cause strange fears. Apparently, the Russian Muslims, in the opinion of the gentlemen who prepared the report, are “fiercer and more terrible” than the Islamists who settled in the West ... Much fiercer and more terrible ...
At the end of the section on the future of Russia, the speaker declares that our country and you have three ways of further development: either we will embark on the true path and fully comply with US standards, or turn into a rogue state, or remain unreliable - the “bad guys” ( Well, as it is now).

In general, such a forecast can be called quite standard and even optimistic, because if you compare it with the forecast of one well-known American politician of the past years, Zbigniew Brzezinski, then in the last year’s forecast Russia will inevitably collapse in the current (2012) ...

But in predicting the collapse of entire states, DNI decided to intercept the baton from the forecaster Brzezinski. Only this time the collapse of Turkey, not Russia, was predicted. The speaker stated that irreversible processes could start in Turkey in the near future due to the Kurds' intention to organize their own independent state. The desire for independence of the Kurdish people, according to the DNI, for Turkey will be exacerbated by a steady decline in the birth rate, problems with fresh water, as well as the presence of pro-Islamic forces in power. Turkey’s “split” will lead to a new geopolitical storm in the Middle East, according to DNI specialists.

If we take into account that the splits of large states in the modern world are not complete without US participation, it turns out that Mr. Khogem’s report is more like a guide to action for the American authorities. It turns out that the West can well be called the “bloody dictator” after Gaddafi, Assad and Ahmadinejad Erdogan (or any other mate). And if so, then the prospect of overthrowing the Syrian leader with Turkey’s hands, and then putting the Turkish authorities on the black list, is quite realistic, since they “knew too much”. And after such a disintegration of Turkey - an ideal option for the organizers and sponsors of mass chaos on the planet.

In general, to live, as one well-known author said, we will be bad, but not for long. And at the end of all, except for the United States waiting for something out of the ordinary. In the United States, according to the theses of the report, there will be a “shale revolution” and the country will get rid of external energy supplies by the year of 2030. Americans will be the happiest people on the planet ...

The storyteller Hans Christian Andersen nervously smokes on the sidelines ...