Americans are ready to organize commercial flights to the moon

December 13 2012
20
The moon is the only natural satellite of our planet and the second brightest object in the earth’s sky after the Sun. At the same time, the Moon is the 5 of the largest natural satellite of the planets in our solar system. The average distance between the center of the Earth and the Moon is relatively small - 384 467 km (especially by the standards of space). In many ways, this is why the Moon is an attractive object for scientists and astronomers, various space programs, both public and private. The moon to this day remains the only astronomical object outside the Earth, on which a person’s foot has stepped.

At the beginning of December, 2012, the information appeared that the private company Golden Spike from the USA is ready to begin manned missions to the moon by the year 2020. At the same time, the cost of one flight should be 1,5 billion. Potential customers of Golden Spike, whose management includes some former managers and NASA specialists, will not be wealthy space tourists, although this direction will be further developed, but rather governments and states. The chairman of the board of directors of Golden Spike is one of the directors of NASA, Jerry Griffin, who was still known to the Apollo lunar program.

According to the company's founder, Alan Stern, who was the former head of NASA research missions, in the future Golden Spike will be able to give states the opportunity to send an expedition of 2 people to the surface of our natural satellite. According to him, the company is already engaged in negotiations with a number of countries of the world “both to the west and to the east” from the USA, hinting in such a way that the PRC may also be among the company's potential clients. Golden Spike builds its commercial strategy on a business model that was already created and tested by Russia in 1980-1990-s, when astronauts from many countries of the worlds could make a space flight to the Mir orbital station and conduct scientific experiments on it. In this case, flights were paid by the governments of the countries that sent cosmonauts to the station. 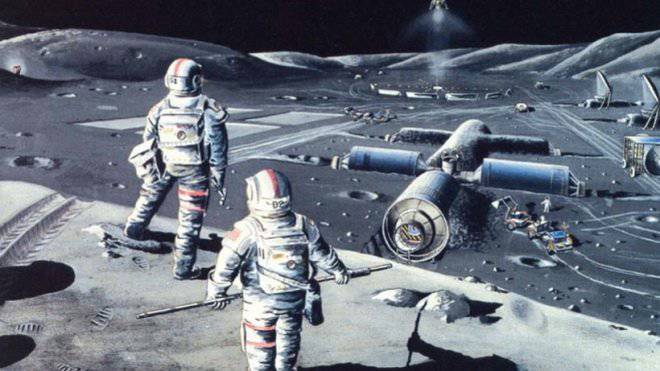 The last 2,5 of the year, the company was engaged in the study of the architecture of these missions. At the moment, Golden Spike does not name its main investors, but among its consultants and directors is venture capitalist Esther Dyson, and among them is millionaire Newt Gingrich. According to preliminary data, the launch of the entire project is estimated at 7-8 billion dollars - the creation of spacecraft and their subsequent tests will cost the same amount. In order to minimize its costs, the American company intends to resort to partnership with other aerospace companies, as well as to use the already created ships and rockets. Ultimately, only a lunar landing module, as well as a lunar spacesuit, are planned to be developed directly from scratch. Among the partners Golden Spike are called Paragon Space Development, which is engaged in the creation of space suits and life support systems, as well as Masten Space Systems, which creates a spacecraft with vertical take-off and landing.

At the same time, the president of Golden Spike noted that for the success of this commercial enterprise, it is necessary to conclude not a contract for conducting lunar expeditions, not 3-4, but much more. It is no coincidence that experts are quite skeptical about this private project, recalling that at one time the American Apollo lunar program cost the country’s budget in terms of today's prices on the order of 110 billion, that is, about 18 billion for each landing on the Moon.

The preparation of such expeditions requires the investment of very large sums of money, says Scott Paice, assistant director of NASA, who coordinates space research at George Washington University. Jonathan MacDowell, an astronomer from Harvard University, agrees with his opinion. Both of them believe that the Golden Spike project is unlikely to have a successful future. 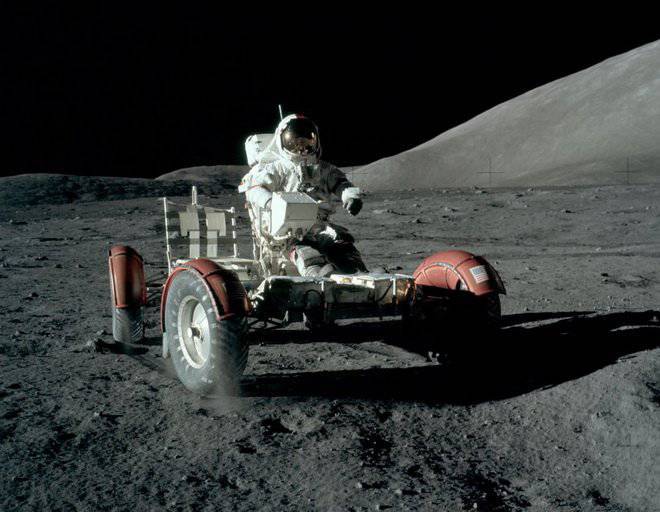 However, those who believe in the success of a commercial venture with flights to the moon, can now begin to save money. The cost of 2 tickets on board the manned spacecraft, as already indicated above, will be approximately 1,5 billion. In this case, the company Golden Spike expect to rely on existing technologies. For example, they expect to use Falcon Heavy heavy rockets, which were created by another private company, SpaceX. About 8 billion dollars in the company plan to spend on the development of their own landing module, lunar spacesuits and their tests.

The very concept, on which Golden Spike is going to rely, lies more in the organization of a kind of “commercial lines”, by analogy with the earth flights, than in the independent development of space modules, rockets and space suits. That is why SpaceX and the rather eccentric company Armadillo Aerospace, headed by John Carmack, are among the possible manufacturers of launch vehicles. It was she, as well as Paragon Space Development and Northrop Grumman, who should be engaged in spacesuits and descending lunar modules. It is worth noting that Armadillo Aerospace has yet to bring its rockets to mind, and SpaceX is now more interested in colonizing Mars, which requires completely different rockets from it.

However, Alan Stern, the founder of Golden Spike, is not discouraged: according to his calculations, the 20 countries around the world will want to be on the Moon for the price voiced by the company, some of them are for scientific interests, others are for reasons of prestige. In any case, for the first decades of this demand should be enough, in the end, space tourism has not been canceled yet, and the number of dollar billionaires and adventurers should not be underestimated, says Alan Stern. Answering journalists' questions about why the price of flights will be so low, especially in comparison with the previous American Apollo program, Golden Spike states that the very first start will also be quite expensive, all production costs will be included. 8 billion dollars. However, with subsequent launches, the price should plummet. This should happen “after putting the lunar missions on the conveyor”, as well as with the working out and haulage of the full reusability of all the participants in the program. 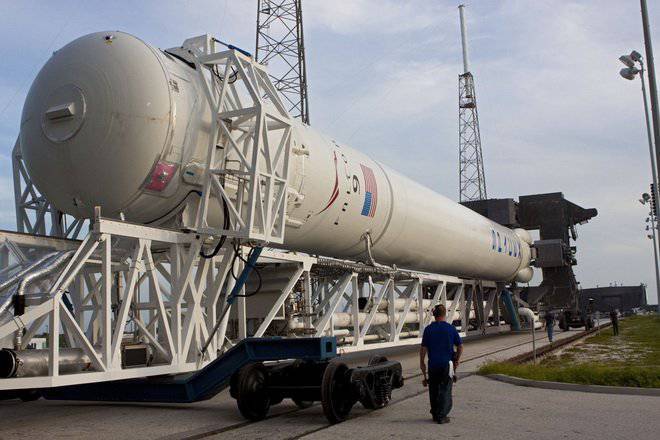 At the same time, of course, the main objective of the project continues to be scientific missions, for which flights of prestige can only become a kind of prologue. As soon as the cost of visiting a natural satellite of the Earth by a pair of astronauts drops to the declared 1,5 billion dollars, automated missions to the moon of a similar cost will be confounded - the average cost of a moon mission like Lunokhod or Luna-24. At the same time, Golden Spike believes that a man’s landing on the moon has more impact, since man is a much more versatile creature compared to all the robots known to date. The return from it will be higher than from automatic devices that can be disabled by the banal dust trapped on photocells.