December 18 2012
86
This material is not a statement. On the contrary, it is rather a matter to be well-versed in naval specifics. And I was inspired to write it by watching the film “Sea battle”, more precisely, one of his moments: the battle of the battleship “Missouri” with an unknown shit of alien origin. But more on that later.

What is the main force fleet are battleships, considered an axiom for almost three centuries. From the time of the 1916th century Anglo-Dutch wars to the Battle of Jutland in XNUMX, the outcome of the war at sea was decided by the artillery duel of two fleets lined up in wake lines (hence the origin of the term "ship of the line", abbreviated as battleship). Belief in the omnipotence of the battleship was not undermined by any aviationnor submarines. And after the First World War, most admirals and naval theorists still measured the strength of the fleets by the number of heavy guns, the total weight of the airborne salvo and the thickness of the armor. But it was this exceptional role of the battleships, which were considered the undisputed rulers of the seas, that played a cruel joke with them ...

Paradoxically, the appearance of the long-awaited “ideal” battleships - high-speed, heavily armed and protected by powerful armor - brought the very idea of ​​such ships to complete absurdity. Another thing: floating monsters, because of their high prices, undermined the economy of their own countries more significantly than the invasions of enemy armies! At the same time, they almost did not go out to sea: the admirals did not want to risk such valuable combat units, since the loss of even one of them was equated to almost a national catastrophe. Battleships from the means of warfare at sea turned into a tool of big politics. And the continuation of their construction was no longer determined by tactical expediency, but by completely different motives. To have such ships for the prestige of the country in the first half of the twentieth century meant roughly the same thing that now possess nuclear weapons.

The Second World War clearly showed that the battleship had ceased to be a combat unit capable of having a significant impact on the course of the war. The example of Tirpitz, who by his own existence has caused a considerable damage to the reputation of the English Admiralty, is rather an exception. The defeat of the PQ-17 convoy is not the battleship’s merit, but the English admirals who described themselves from the news of the Tirpitz’s departure. Having rummaged in statistical data, I received the following picture in the countries-participants of the Second World War, which were armed with these vessels. 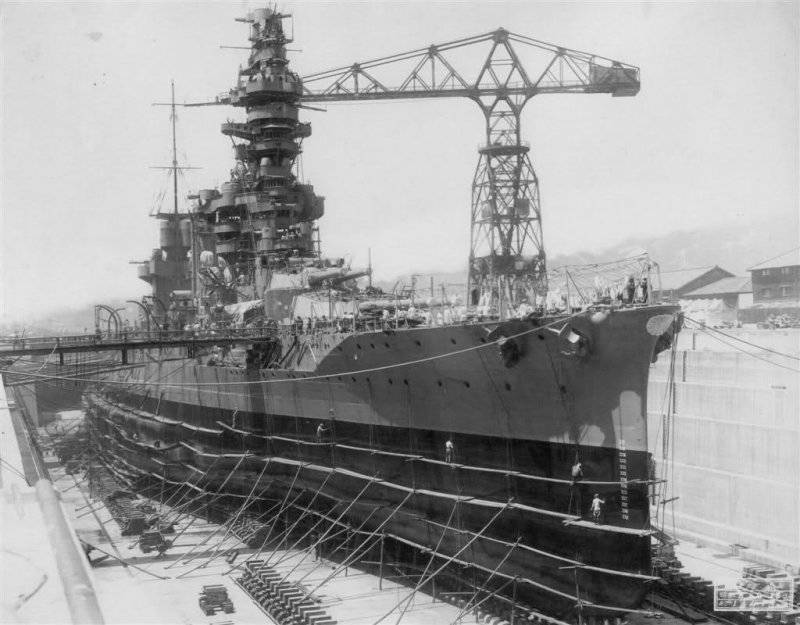 LC Musashi (1942)
Killed 24 October 1944, the battle in the sea Sibuyan from the attacks of American aircraft.

LC Mutsu (1921)
8 June 1943 in Mutu on the Hiroshima Bay was a blast of cellars of stern towers. The main cause of the explosion is most likely the negligence of the crew.

LC "Kirishima" (1915 g).
15 November 1942 was sunk in artillery fighting by the American battleships Dakota and Washington. (For the sake of fairness, we note that the Dakota has stood for repairs after the 14 battlefield for months). 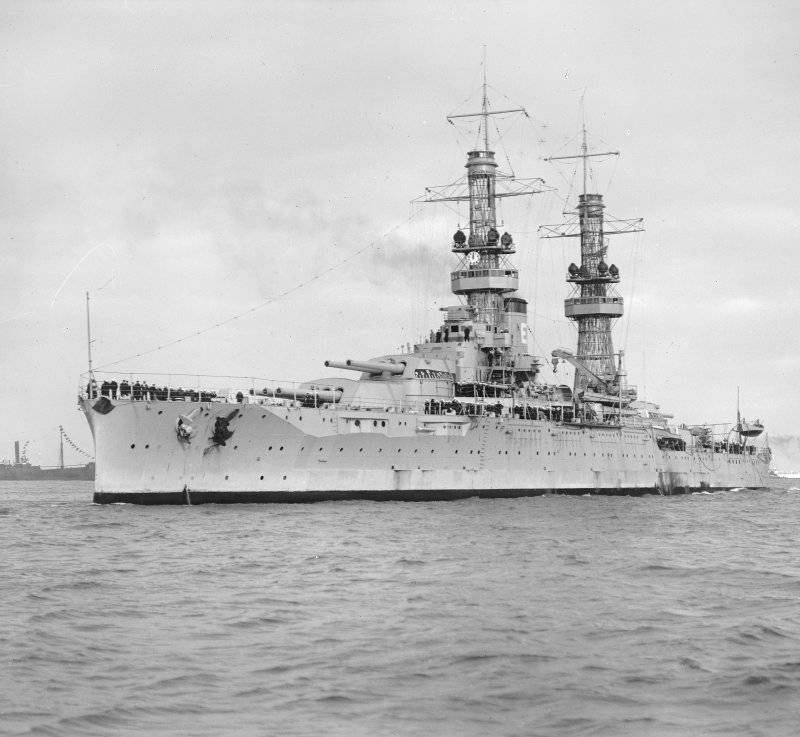 USSR (4 battleship)
Officially, there are no losses, but to be completely impartial:

LC “Petropavlovsk” (“Marat”) (1911)
German aircraft sunk 23.09.1941
Lay on the ground, was partially drained and turned into an art battery. Then he took part in the fighting, but not as a ship. 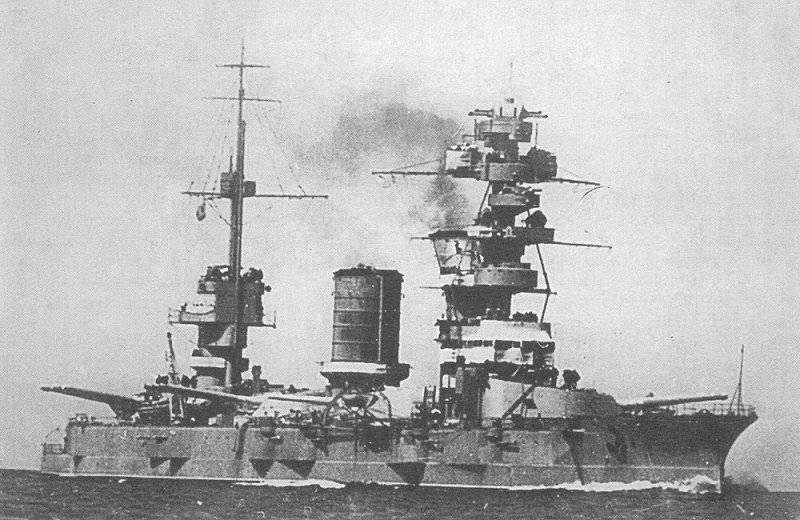 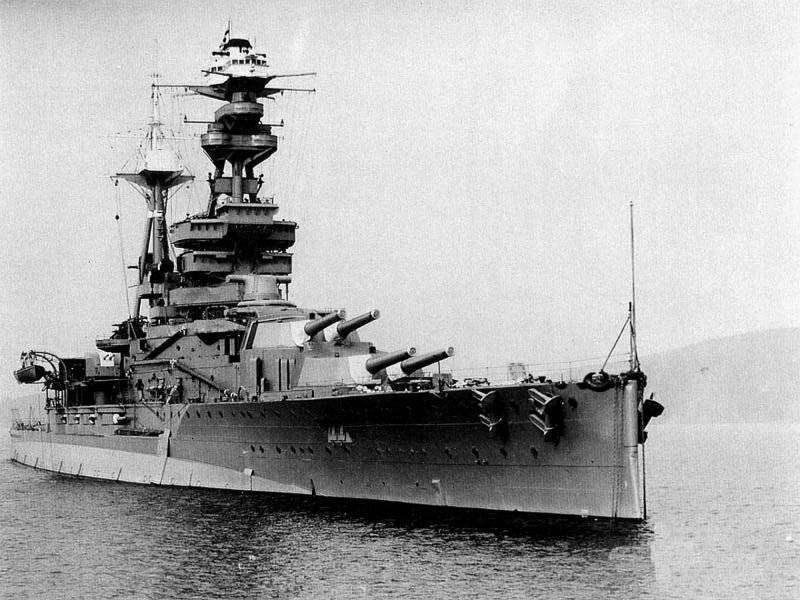 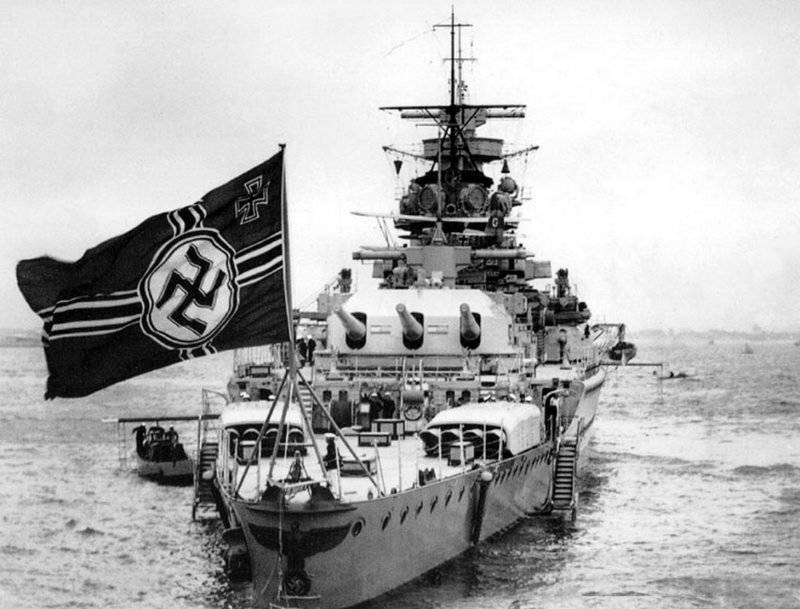 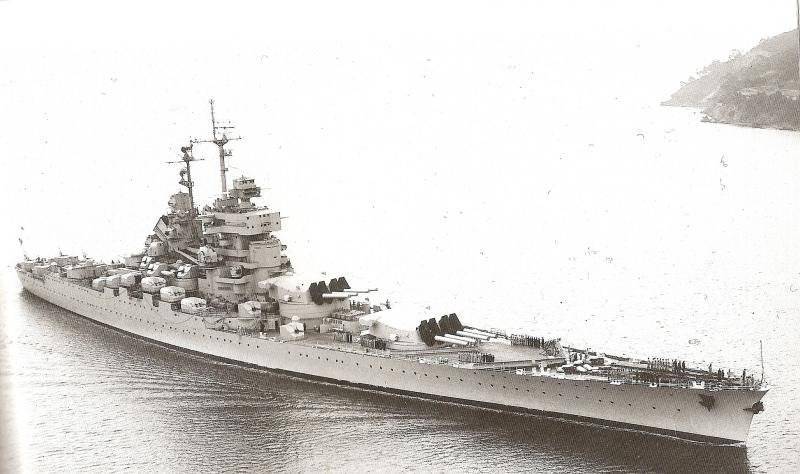 The result is as follows:

That is, the battleships could still fight, sink enemy ships, arrange pogroms on the shores, there was even a curious case, when two German Nedolinkor shook the English aircraft carrier. But the star of the lords of the seas rolled under the keel of an aircraft carrier. This is proved by the figures. And the lot of battleships - either to be cut into metal, or to stand, like American ones, as museums. Well, this has already been discussed, and I have not said anything new here.

Ask, in fact, what's the gunman? And where. Who has not watched this film, I will briefly explain: water transformers-transformers flew to Earth, captured Pearl Harbor and wanted to send a signal from there to the main squadron. The area around the island was covered with a force field. By a strange coincidence, all the ships were at the exercises, three destroyers got into the zone. Two drowned immediately, the third bit managed to make war. And then the survivors with the help of veterans hijacked the Missouri exhibit and shot an alien base from the main caliber. The field was gone, aircraft carriers went to the course, happy ending.

What's the catch? But in what. Our age is pretty good technically. Active radars, satellites, tracking systems, guidance heads, EW facilities and other electronic technology. The picture is as follows: night. To the naval base / coastal city / port terminal (such as Constanta) rolls up the ship. Such a pyramid thing, poorly visible radar. And not very big. It uncovers cannon barrels (and not classic 155 today, but more times in 3) and deals artillery. Or the second option: the classic single raider, capable of delivering a nuclear-loaded projectile for 35-40 km. Small such, like "Sheer". What is now 10 000 tons? Destroyer.

It seems to be nonsense, but learned to fight with rockets. Not with everyone, but learned. The rocket can be tracked by radar. You can use anti-missiles, interfere, pour traps. And what can oppose the projectile? The projectile is a special case of a bullet fired. The bullet is a fool, as Suvorov used to say, a shell, respectively, a fool. And he, a fool, pofigu on radar, infrared traps, electronic warfare and other modernity. It is essentially the same as 500 years ago. Only behind his back are modern ballistic computers, computers and other things that can precisely direct him to the target. 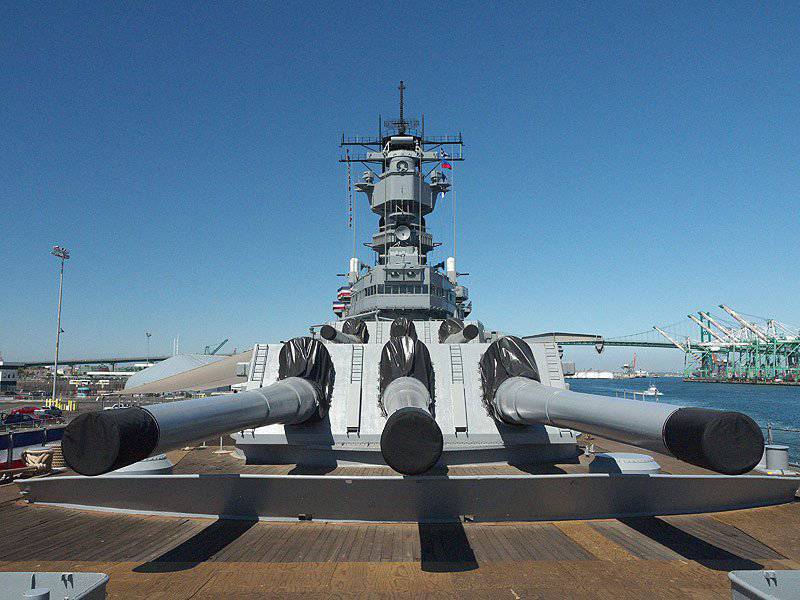 Say, you imagined? I agree. But here's the catch: "Missouri", "Iowa", "Alabama", "Wisconsin", "Massachusetts", "North Carolina", "New Jersey", "Texas" - aren't bold as museums? Or in the states there is no place to put more money, as for the maintenance of these museums? And after all, everything is in such a state that tomorrow load ammunition and fuel - and go ahead. And not only guns are in service. Here, take the "Missouri":

In, a museum, yes? And there are eight of them. And the question is, whether they themselves do not know what they are doing, or, on the contrary, they are well aware. They are waiting for the new materials to be brought to mind in the Silicon Valley. And there will be a super camouflage: there is a tanker on the satellite, a seiner on the radar, and under camouflage such a pod will hide.

In general, dear ones, who understand this, share your thoughts. Maybe I thought up this nonsense, but these museums do not come out of my head. Maybe the diagnosis is not “death” but “hibernation up to the right moment”?