Proposals for adequate measures, or Why do not beat the enemy on its territory

December 13 2012
68
Analyzing the response of the Russian authorities to the biased and often provocative accusations of the West, one involuntarily comes to the conclusion that Russia has signed a kind of “non-attack pact” with Western countries and their allies, and on clearly unequal conditions. One of the points of this pact are the conditions in which our opponents are allowed to conduct subversive activities in the territory of the Russian Federation and countries subject to the geopolitical influence of the Russian Federation, and in response, Russia should only "righteously be outraged", but do nothing ... Okay, if you allow that the authorities of the Russian Federation will be indignant at their sight, and they themselves will prepare an adequate answer through the special services or by "other hands", but this is not happening! Russia humbly accepts blows, and the adversaries, seeing this situation, invent new ways of wiles. Meanwhile, the social situation of many of our "partners" is not in the most ideal form, as they are trying to present to the world. 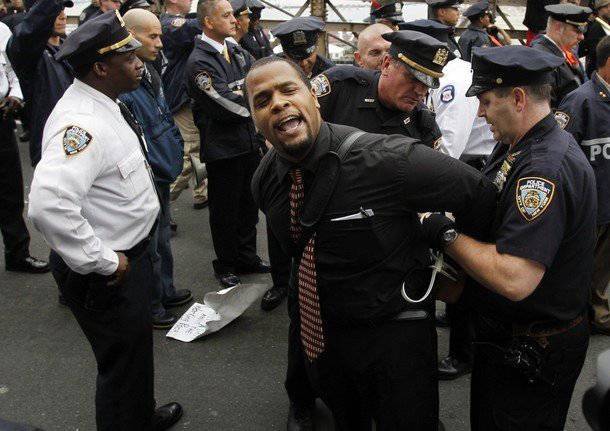 As an example, we can consider the social situation of one of our main and most ardent "partners", the United States. On closer examination, in the United States, more controversy can be found than in the rest of the world, and as one of the effective and "easily excitable" measures to adequately and emphasize, a symmetrical response can be used to denote the sphere of inter-ethnic relations.

There are a great many ethnic minorities in the United States, in some cases they are not even minorities, but an impressive percentage of the national-ethnic society. The whole world knows how the cowboys and the regular US army acted with the Indians, they simply destroyed them! The same thing happened in Alaska with the Aleuts, Mexicans in the brazenly selected from Mexico Texas! What is known about the situation of the Indians now? - Practically nothing, just that they are on the reservation and are free to do there what they please. But is it free? To begin with, the reservations are located in the most "unsuccessful places" that one can find in the USA, without any natural resources, without any production ... Modern "Indians" are engaged in that they run a part-time farm, and they drink and drink , drink ... This state of affairs should not go unnoticed, it is necessary to create organizations, "international", in support of Indians, to bring about the emergence of dissidents among them and work with them, to promote the idea of ​​"Independent Indian Republic", "Independent Aleutian Republic".

And what's going on in the "ghetto" of large cities? Their residents are not accessible to a good education, in some cities education in general, no social programs are available. But they are available from an early age drugs, alcohol. This state of affairs should also cause concern to the world community, it is necessary to create organizations in this environment, promoting the ideas of equality, to single out people capable of leading the masses.

The well-being of the United States is based on the image of the “Safe Harbor in a raging mad world full of wars and lack of democracy”, into which all financial flows flow. Why should they not tackle their internal problems, the revolutionary movements, maybe then the world will add a little more peace? 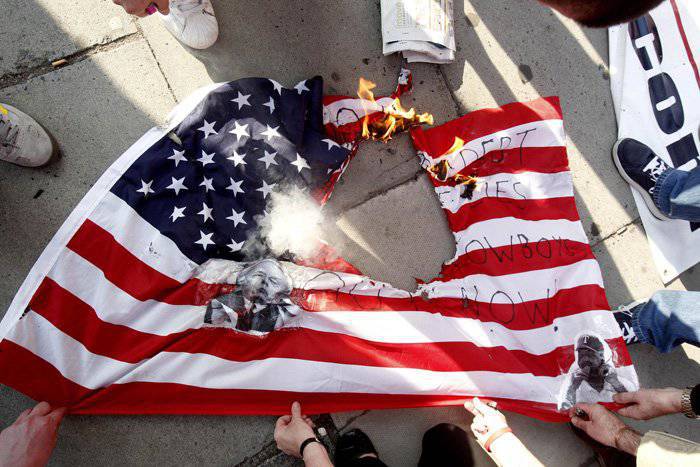