December 12 2012
24
In the past few months, China has demonstrated a large number of new defense developments. Most of the news related to combat aviation. Of course, you can be happy for the Chinese designers, but a number of things make it possible to doubt their talent and success. For example, the latest Shenyang J-15 carrier-based fighter is in fact a modernization of the Soviet T-10K, which later became the Su-33, and in the guise of a fifth-generation fighter J-31, moments clearly borrowed from American aircraft manufacturers can be clearly traced. Of course, any more or less noticeable similarity raises understandable suspicions that cast a shadow over the entire Chinese aircraft industry. 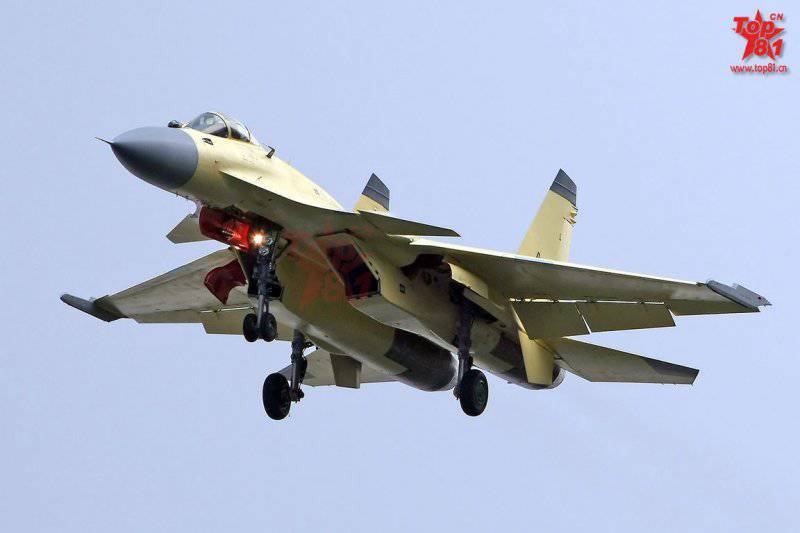 It is worth noting that in the case of the Su-33 and J-15 we are talking about copying the airframe, engines and “filling” the aircraft with our own equipment, possibly created on the basis of Soviet / Russian electronics. In other words, the excessive similarity of the aircraft is due to the fact that one of them was in fact the prototype of the other. In addition, the prototype of the Russian carrier-based fighter fell into the hands of the Chinese and they had the opportunity to study it carefully. If we consider the J-31 fighter, which simultaneously resembles the American F-35 and F-22, then there can be no question of studying an imported aircraft. However, the similarity is quite large and because of this, there are a variety of versions. Last winter, in some American media, there were unofficial reports that the delays in the implementation of the F-35 program were caused by some Chinese cyber attacks, during which some of the information on the latest aircraft fell into the hands of computer spies, and other data was damaged. 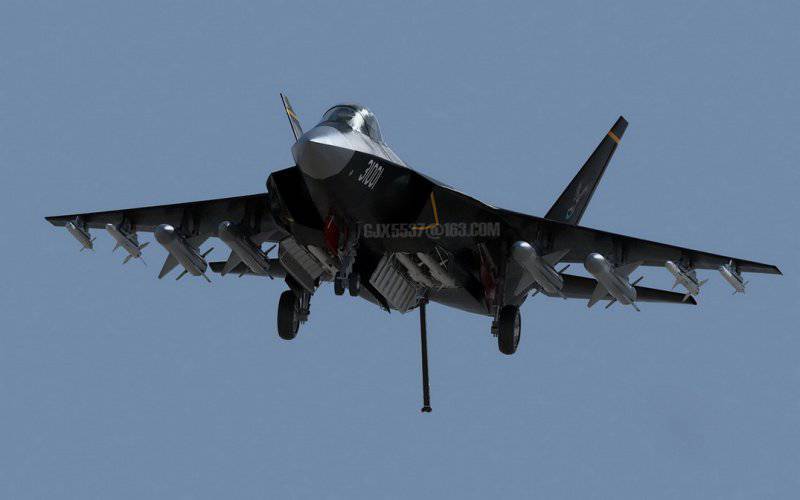 As a matter of fact, China’s accusations of carrying out certain attacks on American defense computer resources did not appear today or yesterday. According to American data, in the past two years alone, Chinese cyber spies managed to carry out several tens of thousands of attacks, during which they were able to gain access to the computing services of several dozen major American companies, including defense ones. Fortunately for the USA, all these attempts to introduce malicious software were either detected on time or the attacker did not take any serious destructive actions. In connection with these events, a special commission of the US Congress is currently engaged in a more detailed investigation of attacks in order to prevent fatal consequences.

Of particular concern to the Americans is the so-called "863 Program", whose goal is to ensure the complete technological independence of China. Quite a few Western experts do not exclude the possibility that cyber espionage can be among the tools for implementing this program. In the light of data on regular cyber attacks, such suspicions seem to be sufficiently substantiated. Beijing officials, in turn, disagree with the accusations and continue to insist on the purely scientific and technical nature of the “863 Program”. So, commenting on the recent American report on cyber attacks of recent years, Foreign Ministry spokesman Hong Lei once again reminded that China is resolutely against any hacker methods, and also cooperates with the United States in the area of ​​eliminating this threat. In general, such comments can be considered a “standard” excuse. At the same time, China’s accusations of regular cyber attacks have long been a familiar and expected thing. So the report and the statements of representatives of the Foreign Ministry of China that followed it can be considered the usual “exchange of courtesies” that in no way reveal the situation.

As evidence of China’s use of hacking methods for extracting information, sometimes technical details of its latest developments are given. So, the newest fighter J-15 has a number of means of providing radar stealth, characteristic of the American aircraft industry. First of all, it is recognizable hull lines. It is possible that the Chinese designers themselves could have come to this kind of glider, but the specific forms of the nose of the aircraft too closely resemble the same parts of the American F-35. There are sufficient grounds for suspicion and recognition of such similarities as plagiarism or even the result of espionage. In addition, in the Western press, China’s successes in the manufacture of radio-absorbing materials, as well as developments in the direction of modern avionics, were repeatedly mentioned. It has to be admitted that there are no exact data with serious evidence regarding the theft of technology.

In the context of cyber espionage as the main way of developing its science and technology, the current state of affairs in the Chinese engine-building looks very interesting. China has already achieved some success in this direction, but so far it can not be called a world leader. For example, the widely advertised WS-10 turbojet engines, made on the basis of the Russian AL-31, have an incomparably small resource with a larger load. First of all, this suggests that the Chinese motor builders do not yet have the necessary technologies, with the help of which proper performance could be ensured. A simple question follows from this fact: why can't Chinese cyberspies get the necessary technological information? If you believe the American counterintelligence, the Chinese intelligence hackers have a very large potential and are quite capable of “taking away” not only the drawings of the finished aircraft, but also any technological documents relating to the production of certain parts. Perhaps they just can not do it or even do not deal with such issues.

The most realistic version of the Chinese success is the simultaneous use of their own developments and foreign experience - acquired in the course of joint work, purchased in the form of documentation or obtained through cyber espionage. In this case, most likely, depending on the industry, the share of their own and others' know-how varies. In certain areas, China has its own good work, while in others it has to deal with copying finished equipment. Anyway, all the talk and scandals around possible Chinese cyber espionage only confirm Beijing’s intentions to develop its industry, economy and defense, even if not entirely honest methods.