The planet is not enough people

December 13 2012
48
Pew Research Center summed up a long study that showed that childbearing in the United States fell to a record low - 63,2 child per 1000 women of childbearing age. Analyst Jason Riley noticesthat fanatics of population control remain enthusiastic, but in fact there is no reason for joy.

Other countries are inclined to see economic prosperity in the long run, which is related, among other things, to a reduction in the birth rate, but everything is exactly the opposite: the tendency for childbirth to decline can threaten future prosperity. So says Miriam Jordan from the Center "Drink". 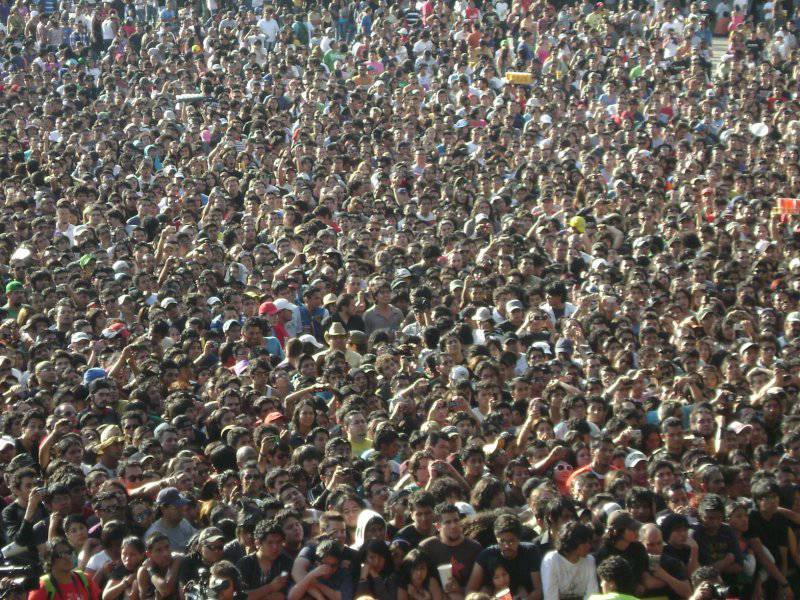 These studies show that the decline in fertility is partially offset by the fertility of women of foreign origin. They tend to have more children than Native Americans. The Pew report states that from 2007 to 2010. The total number of births in the United States has decreased by 7%, and there has also been a decline among immigrants - by 13%.

In America, the relationship between the birth rate and economic conditions has long been revealed. People have fewer children in depressive periods.

Earlier in May, 2012, this problem was voiced in the USA by Stephen Mosher, world recognized authority on population issues, a well-known writer, lecturer and president of the Institute for Demographic Research (PRI). 20 May He made a statementin which he showed that all anti-natal programs funded by the United States should be immediately replaced by pronatal ones.

“It doesn’t matter if we are talking about reproductive health, family planning, or population control programs,” Mosher said. - They all have one effect: the birth rate is being reduced in countries that are already dying. Such programs make a bad problem worse. ”

Same mosher last year explained The “empty cradle crisis” is the predominance of an individualistic view of life in developed countries. Couples living in the dynamic conditions of megacities do not consider de-production to be an economically advantageous occupation. This is the question that, according to S. Mosher, makes many people reconsider their attitude towards the production of a “new generation of taxpayers”:

“Why spend half the family income to bring a child into this world who, at least in material terms, never pays for the investment?”

As a result, as soon as people reach a certain level of education and well-being, the country's birth rates rush down. Mosher emphasizes at the same time that this trend now determines the demographic situation in the countries of the “third world”:

"Countries dependent on the United States and Europe financially were forced to implement a number of anti-natal programs, ranging from distributing free contraceptives to forced sterilization."

According to Professor Jack Goldstone, in Germany and Italy, the number of working-age people in the share of pensioners in 2011 was represented in the proportion 2: 1 (the so-called "pre-crisis" ratio).

But in the United States, Russia, Poland and Romania, this ratio is expressed in numbers 3: 1. These are healthy numbers. However, after less than forty years, by the 2050 year, the revealed ratio will change in the direction of decreasing the working population.

The leading position among the OSCE countries today is occupied by Turkey and Kazakhstan: there, one pensioner actually contains 6-7 young taxpayers. Experts predict their decrease by 2030 to 3 people.

“The OSCE member states will definitely need migrants in the future,” says Goldstone. “At the same time, if the need for labor is now met by migrants from the OSCE countries themselves - mainly from the east, this status quo will not be possible to maintain in the future.”

The professor emphasizes that Europe will have to change its attitude towards migrants. They should be part of European society, not live in their neighborhoods.

While analysts and experts are sounding the alarm and calling for migration integration, the myth of the terrible threats of overpopulation does not cease to sound on the planet.

Journalist J. Wibes пишетthat the ruling classes continue to perpetuate the inhuman myth of "overpopulation", and the situation on the planet continues to take shape of a completely different kind.

In fact, people are rapidly approaching the point where the birth rate will fall so low that there will be a new threat in the world - a shortage of population.

This unfortunate fact has been discussed for many years in alternative media and among worthy scholars who had the courage to speak out against the scientific and political establishment. Today this question has acquired great importance.

After all, the number of births around the world has been drastically reduced over the past two decades. If this trend continues, then the world's population will quickly reach a peak, and then, having passed the point of the highest ascent, will begin to slide into a bottomless abyss, ending in the disappearance of Homo sapiens.

Already many times throughout stories (more precisely, over the past few centuries), when the human population increased significantly, the ruling classes explained to the people that population growth would lead to chaos and a massive lack of resources.

Of course, says Weibs, such predictions will never come true, because the human population of the Earth actually has very little to do with the lack of resources. The planet could easily withstand even 7 billions of people. People need only respect each other and take care of nature.

More than a year ago, Igor Beloborodov, director of the Institute for Demographic Studies saidthat the scale of the planet 7 billion people - a drop in the ocean. All 7 billion earthlings can be placed in Australia, giving each earthman a 1 square kilometer. In this case, about 600 million square meters. km of Australian land would have remained empty. (The area of ​​Australia, by the way, 7.618.000 sq. Km).

And according to the calculations of Professor of the Polytechnic University of Bucharest Viorel Badescu, the planet is able to withstand 1,3 quadrillion people - however, it was already a thermodynamic limit, when the planet could not dissipate the heat emitted by people.

In October, 2011, when the media honored the born seven billionth inhabitant of the planet, Igor Beloborodov said:

“Surely this billion was the last. Fertility falls on all continents. In Iran today, the European birth rate, Turkey is approaching this level, the countries of the Maghreb - Algeria, Tunisia, Morocco - also have almost a European birth rate. ”

The director of the Institute for Demographic Studies expressed the fear that excessive birth control efforts could lead to the extinction of humanity.

At the same time, the world also suffers from a shortage of the female population.

British demographers explained last year, that over the next 50 years on the planet will decrease the number of adult women. On average, for every 100 female babies, 104-106 boys are in the world. This is an average.

In India and Vietnam, about 112 boys account for 100 girls. In China, more 20 boys are born than girls, and in some areas even 30. This problem is acute in Azerbaijan, Georgia, Serbia, and Bosnia.

Demographers believe that there are not enough 160 million women on the planet right now. Why? Many families, having learned that they will have a girl, decide to have an abortion. Up to 160 million female embryos die per year.

The acute shortage of adult women in China is already led to the fact that in search of brides citizens began to emigrate to Vietnam and Korea. Others move to Western countries. Another option for Chinese men is to lure foreign women to the PRC.

In China and India, there is a ban on abortions due to the sex of the child, but officials argue that the law is observed poorly.

Interestingly, in China, a country with a record population, today there is an acute shortage of people. This was recently announced by experts from the China Development Research Foundation. Researchers called upon the authorities of the country to stop the action of the state program on birth control “One family - one child”.

According to demographers, to correct the crisis situation, it is necessary to allow couples to have two children each before 2015.

If the authorities do not listen, China will face a catastrophic labor shortage and a massive aging of the population. The economy will be in crisis.

Nevertheless, the PRC government plans to continue the policy of tight birth control until 2020.

As for Russia, at the end of last month, OECD economists recognizedthat the reduction of labor and the increase in wages caused by it in Russia will move the country's economy forward for a long time.

According to experts, at the heart of Russia's growth is the concept of the Ministry of Economic Development: the population will decline, and wages due to a shortage of workers will increase. Consumption will grow accordingly. Thus, to move the economy of Russia will be consumer demand, which will grow due to a shortage of labor. Employers will have to constantly increase employee wages. Consumption growth will be supported by the expansion of consumer lending.

Nevertheless, if you look beyond these experts, it is clear that Russia is waiting for the same as China: the inevitable aging of the population. The point is not in its number. The workforce will be represented by young migrant workers from Tajikistan rather than elderly indigenous people. So the big question is whose salaries will rise in the country and whom will bankers lend to.

A separate factor in the extinction of the population on the planet can serve as high technology. Indeed, in the near future, women and men will love not each other, but ... robots.

Experts futurological center "Transhumanity" claim, that "sex bots" will allow more often to get an orgasm, which will increase the longevity of the person. After half a century, sex bots will become a reality. They will first replace prostitution and trafficking in girls, and later turn into a common thing in every home - like a refrigerator or a TV. Both normal people and various “genders”, including pedophiles, whose advanced and innovative sex industry will also try to accommodate, can enjoy sex with a robot. Well, and who will be interested in the boring fertility theme in the middle of the XXI century, he will have to turn to the test tube.

By the end of the century it will reach the point that, having met a real girl on the street, the guy will ask her: “Hey, Barbie! Where is your button? ”

It is terrible to imagine that instead of the problem of lack of population in the world, the topic of the fight for the rights of sex robots will be discussed ...