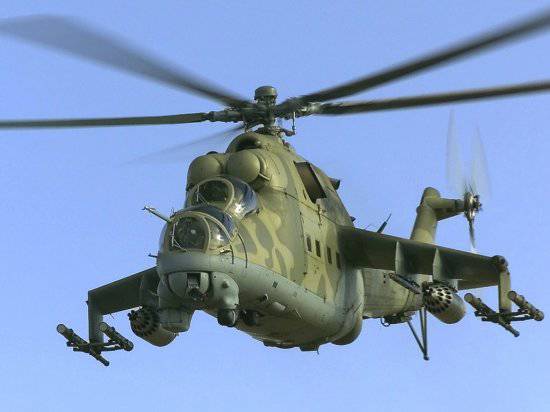 Helicopters of this type were delivered to many countries around the world. In 1999, Rostvertol developed a program to upgrade these helicopters. As a result of modernization, the helicopters were equipped with Russian-made night vision devices. The installation of the new IRTV-445MGH thermal imaging surveillance system makes it possible to detect and recognize objects around the clock more than 4 km.

The GPS115L GARMIN satellite navigation system with the VPS-200 interface box installed on the upgraded helicopters provides for determining the current coordinates of the helicopter and flight navigation parameters when operating in the GPS system, as well as providing navigation data to the video monitor of the monitoring system and recording information on the videotape.

Mi-35 and Mi-35П helicopters (designation for the domestic market - Mi-24В and Mi-24Д, respectively), mass-produced by Rostvertol, are intended to destroy armored vehicles, fire support for ground forces, airborne assault and evacuation of the wounded, as well as transportation cargo in the cabin and on the external load. 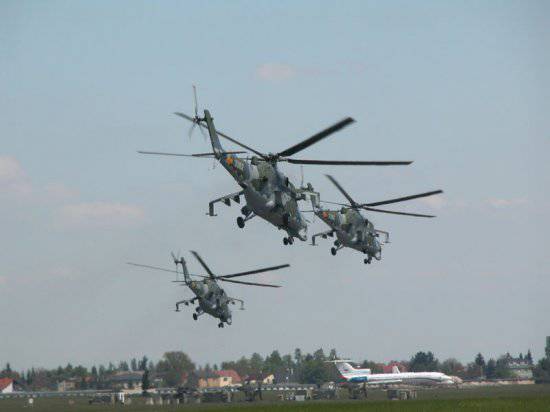 Both helicopters are equipped with 2 TVZ-117BMA engines with 2225 horsepower. each, providing maximum and cruising speeds of 320 and 280 km per hour, respectively, with a normal range of 450 km. 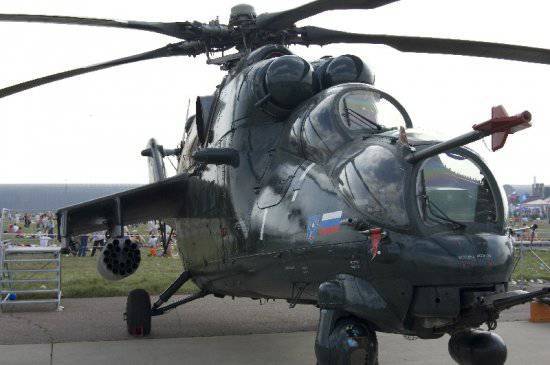 The Mi-35P combat helicopter, which is a modification of the Mi-35 helicopter, differs in that instead of the 9-A-624 12,7 mm caliber built-in mobile machine gun, the 30 caliber GSH-30 stationary cannon is located on the right side of the fuselage. 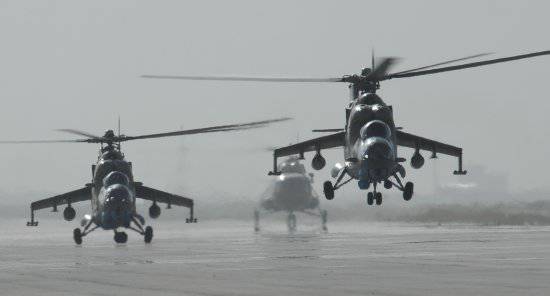 The Mi-35P and Mi-35 helicopters can also be used in the airborne transport version (8 paratroopers with weapons) and in the transport version with an external suspension with a load capacity of 2,4 t. In addition, the Mi-35P has a sanitary version (2 lying and 2 seated wounded in accompanied by a health worker).