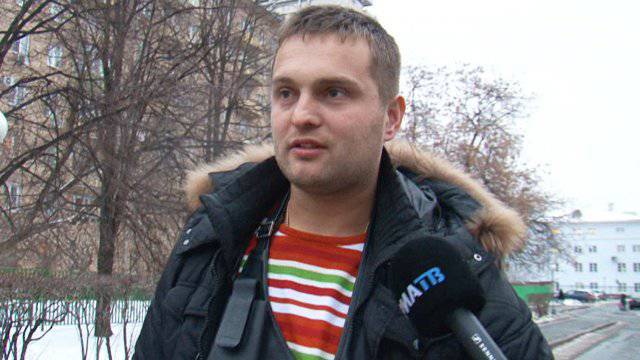 Nine-year-old Ignat Ogleznev lived for three days with an unfamiliar pensioner, refusing to give his address and return home. Meanwhile, all of Moscow went up in search of a boy - 10’s thousand orientations were pasted around the city, volunteers of the “Liza Alert” squad were searching around the clock, hundreds of caring people showed participation and helped to look for the missing student. But the main role in all this stories Muscovite Vladimir Nikolaev played a role that noticed the missing boy in the subway and helped the investigation to bring the matter to a happy conclusion.

Ignat Ogleznev left home on Monday, December 3. On this day, the schoolboy ran away from music school lessons and went not to his home, where he lives with his parents, but to the entrance to his grandmother. However, the strict concierge put the boy on the street where it was snowing. Subsequently, the woman explained her act by ignorance: supposedly she thought that the grandmother was going after the boy. At this time, the pensioner unsuccessfully tried to find her grandson near the school. As a result, the boy was sheltered by a devout woman who fed him and took him for a walk.

The mother of the child Olga Oglezneva immediately told the police about the disappearance of the boy. According to official data, Ignat left about 16.00 from school No. 962 on Kargopol Street and did not return home. Orientation was distributed to all instances: “Looks like a child 7 – 9 years old, height 130 – 135 cm, thin build, blond hair, gray eyes. He was wearing a dark blue jacket and pants. ”

An operational headquarters was specially created to search for the missing student. The operatives of the Moscow State Department of the Ministry of Internal Affairs of Russia, employees of the criminalistic department of the Main Investigative Department of the TFR and volunteers were involved in the operation. To expand the possibilities for investigation, a criminal case was opened under Article. 105 of the Criminal Code ("Murder"). For three days, police officers and volunteers "Liza Alert" did not stop searching. In the round-the-clock mode, calls were received at a call center where students, housewives, people of different ages and professions were on duty, united by a common goal - to find a boy.

Such an active and well-coordinated work of volunteers and investigating authorities has already borne fruit on Thursday. On December 6, the Muscovite Vladimir Nikolaev contacted the police and said that he had seen a similar child accompanied by an elderly woman at seven in the evening at the Petrovsko-Razumovskaya metro station. At the same time, the attentive man did not just notice the boy, he took a picture of him on the cell phone camera and followed the direction of the schoolboy with the elderly lady. Then he reported to the police and waited until the outfit arrived at the address indicated, then they, together with Nikolayev, went in search of the boy. As a result, Ignat Ogleznev was found alive and unharmed in one of the apartments on Korneychuk Street, where a 59-year-old pensioner lived.

As she explained to the investigators, Ignat came into her sight on Monday evening near the Otradnoe metro station. The boy was hungry and did not want to return home, while the schoolchild did not have documents and travel tickets with him. Then the pensioner offered the boy to stay for a while with her. The boy categorically refused to answer all the questions where he lived.

"For several days, which Ignat spent in the apartment of a woman, he was treated properly," the investigators say. The child himself subsequently confirmed that no psychological or physical influence was applied to him. The pensioner took care of the boy: fed him, went for a walk with him and put him to sleep.

The woman was interrogated and sent home. The police explained this by the fact that, despite the fact that the boy’s finding was not reported, there were no grounds for her detention. The boy was returned home. And Vladimir Nikolayev, who noticed Ignat on the subway, today at 13.00 in Petrovka, 38 was solemnly awarded a prize of 100 in thousand rubles for his help in finding the missing child. At the same time, the head of the Main Directorate of the Ministry of Internal Affairs of Russia for Moscow, Anatoly Yakunin, invited Nikolayev to serve in the Ministry of Internal Affairs, noting that he had all the necessary information for that: “Maybe you will come to serve in the internal affairs bodies? We are happy to take the criminal investigation. "

Nikolayev explained his quick response to what was happening in the metro with an appropriate upbringing. As it turned out, his parents gave 20 years of life to service in the internal affairs bodies.

“I think everyone would do the same. I wanted to thank the guys who helped in this (the police department in the North-Eastern district of Moscow). I am glad that the child returned to the family. I am always ready to help, ”Nikolaev said modestly.

The deed of Vladimir Nikolayev is worthy of attention and the highest award, because not every person in his place would have reacted as promptly and competently. It's one thing to just notice a boy who looks like someone who is wanted all over the city, and another is to show civic responsibility and bring the search to a happy ending. Few are capable of this today, especially in a megacity, where people, as a rule, are in eternal haste and do not pay the slightest attention to each other.

“You have to understand, and we want to emphasize: everything happened thanks to the responsiveness of people. Resonance searches led the Investigation Committee and the police to work, half of the city knew about the missing boy. We had a huge number of witnesses, more and more new people came to us every day, and this was very inspiring. Thank you all very much, you are part of the system for responding to the loss of a child, know this, ”Irina Vorobyeva, the coordinator of the search team“ Liza Alert, ”wrote in her blog.

Thanks to everyone who helped find the boy. Lisa Alert and Vladimir Nikolaev deserve special thanks.

Ctrl Enter
Noticed oshЫbku Highlight text and press. Ctrl + Enter
We are
A murderer woman was arrested at a Moscow metro station and threatened to commit an explosion.
Military Reviewin Yandex News
Military Reviewin Google News
8 comments
Information
Dear reader, to leave comments on the publication, you must sign in.