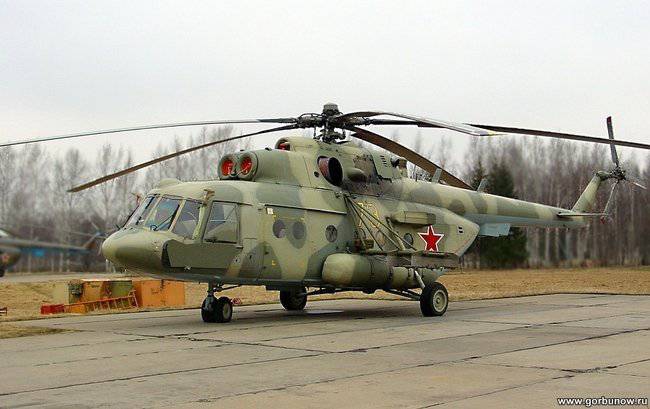 In order to increase the volume of the cargo compartment, the fuselage was subjected to deep modernization, the number of seats increased by a third. Fast loading and unloading of troops or equipment and cargoes is provided by a hydraulic ram aft ramp that replaces the side doors of the cargo hatch used on all other Mi-8 transport variants. The presence of two doors and a ramp allows paratroopers to leave the helicopter in less than 2 minutes.
Flight safety on the Mi-8MTV-5 is ensured by installing GLONASS navigation equipment.

New helicopters will replenish the fleet of aircraft aviation equipment of army aviation in the city of Budennovsk.

Ctrl Enter
Noticed oshЫbku Highlight text and press. Ctrl + Enter
We are
Innovation Day of the Southern Military District: Pictures from the ExhibitionThe action “Military service under the contract is your choice!” In Rostov-on-Don: future contract servicemen, exhibitions and “Russian Knights”
Military Reviewin Yandex News
Military Reviewin Google News
6 comments
Information
Dear reader, to leave comments on the publication, you must sign in.