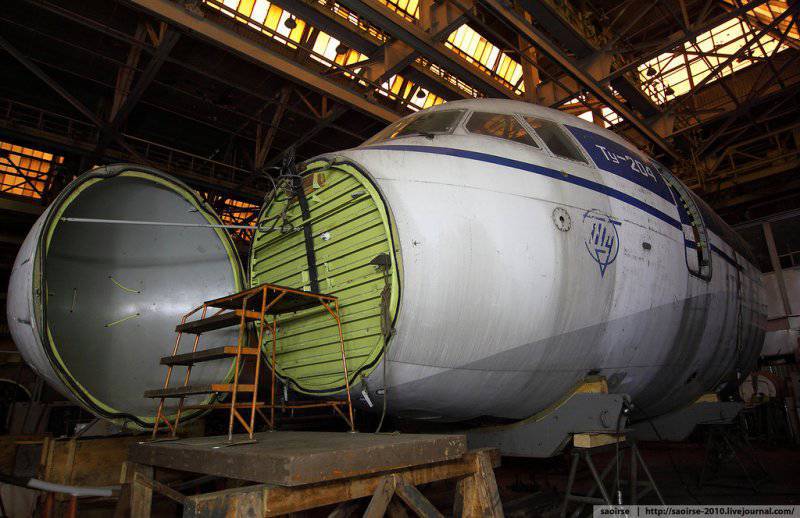 Tupolev OJSC is currently executing at least four state contracts for the repair of long-range aircraft aviationconcluded last December. What is noteworthy, they are concluded directly between the Ministry of Defense and the society itself. This is a fundamental difference from agreements for the repair of front-line and military transport aircraft, helicopters, for the repair of which on March 2 last year one mega-contract R / 4 / 1-11-DOGOZ was concluded with JSC Aviaremont, which already independently concludes agreements with co-executors of work.

The implementation of work for the needs of the Ministry of Defense of the Russian Federation on the maintenance of the Tu-22MZ, MR aircraft is carried out under the contract P / 4 / 2 / 19-11-DOGOZ. This year, the co-contractor of works - KAPO, began repairing two Tu-22М3 and KoVR three Tu-22М3. In addition, another state contract No. P / 22 / 3 / 4-2-DOGOZ was concluded for servicing the Tu-15М12. For its execution, the Kazan aircraft manufacturers will supply the head contractor of products worth more than 36,9 million rubles.

In addition, Tupolev OJSC is the lead contractor for the repair of Tu-95MS strategic bomber. In fact, these works are carried out by forces TANTK them. Beriev. This year, after the second (medium) repair, two aircraft must be commissioned - Tu-95MS with serial numbers 00603 and 15105 (onboard 21 and 45). The contract for these works was signed on 1 June 2012, the TANTK for the work performed should receive 631,4 million rubles. The same company must perform under two contracts the maintenance of Tu-95MS bombers for 132 million rubles. I wrote about the work on the modernization of this type of aircraft several posts earlier.

The documents of JSC "Tupolev" mention OCD "Potential", the subject of which is not specified. The contract with the co-performer of work on it in the person of LII them. Gromov was signed 17 July this year. Judging by the used numbering system of contracts in the Tupolev firm, this OCD does not concern any of the existing types of long-range aircraft.

I have already mentioned the contract number 1303 of 20 on April 2012, concluded between the Tupolev company and UAC in the amount of 209 million rubles. The subject of it is the execution of work on the topic: "Creating a Tu-214 aircraft in a special version, equipped with a special communication center." The contract is concluded in pursuance of state. Contract No. 13 / А-2218-11 from 08 December 2011 of the year concluded between JSC UAC and the Federal Security Service of the Russian Federation. Apparently, under this agreement, the Tu-214VPU mentioned in the KAPO report for the past year will be built.

The numbers of planned deliveries of Tu-204CM to Russian civil aviation companies have changed somewhat. In the period from 2014 to 2020, OAO Tupolev plans to deliver up to 40 Tu-204CM aircraft. Recipients indicated the airline "Red Wings" (15 aircraft), Vim-Avia (11), Aviastar-Tu (5), Vladivostok-Avia (6), Mirninskoe AP ​​"Alrosa" (3). As we see, in comparison with the report for the 1 quarter, Cosmos Airlines disappeared from the list of potential customers, and there is no question about options at all. Although, unfortunately, plans on paper change almost quarterly, and in life none of them is realized ...

Ctrl Enter
Noticed oshЫbku Highlight text and press. Ctrl + Enter
We are
The action “Military service under the contract is your choice!” In Rostov-on-Don: future contract servicemen, exhibitions and “Russian Knights”Modernization of BMD
Military Reviewin Yandex News
Military Reviewin Google News
54 comments
Information
Dear reader, to leave comments on the publication, you must sign in.