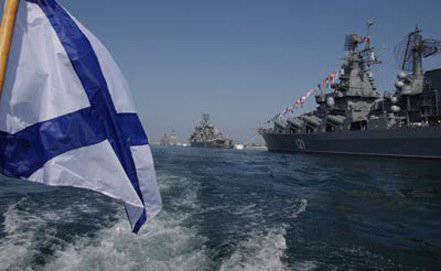 The return of the warships of the Black Sea fleet The Russian Federation from the Mediterranean campaign was suspended "to the special instructions of the General Staff." This was reported today by ITAR-TASS a source in the General Staff of the Armed Forces of Russia.

"Because of the changed operational situation in the region, the detachment was ordered to linger in the Aegean Sea in front of the straits until the special instructions of the General Staff," said a source.

"The decision to detain a detachment of ships in front of the Black Sea Straits is related to the unstable operational situation in the Mediterranean. In the near future, Russian ships may receive new instructions. Until they are ordered, they will remain in the Aegean Sea until further notice. "- said the agency interlocutor.