The main opponent of India in this region is Pakistan, too, has a new aircraft with a “long fate”. The beginning of it stories rooted in experimental Mikoyan E-8.
In the beginning, the Chinese developed their aircraft with the help of the Americans, but after the students were shot in Tianyamen Square, a great dislike came. True, the Chinese were not very embarrassed, and in the beginning, the 90s bought a light front-line fighter from Mikoyan’s project. As they say now, it was the “33 project”, but in reality it is not very similar to it. It was the ultimate development of the E8, which was to replace single-engine front-line fighters and collect the best characteristics from the MiG-21bis and MiG-23MLD.
In 95, a memorandum was signed between India and Pakistan on the financing of the 50 / 50 aircraft project. The project was estimated at 500 million (almost 3 times less than Indian costs).
The speed of the Chinese is amazing. Already in the 96 year, two gliders appeared, and the first pre-production flight was made at the beginning of the 2002 year. The first flight of the serial car took place in September 2003.
The aircraft is made according to the normal aerodynamic scheme with a sweep angle of 42 hail., Allowing to conduct a maneuverable battle (in the MiG-23MLD, this indicator is 47 hail.)
In the fall of 2007, the Pakistani Air Force received the first 2 aircraft.
I must say that Pakistanis, unlike Hindus, do not bother with the creation of components of domestic production, but put ready-made and purchased on your plane. While the Chinese are making their PAR, Pakistan has already delivered its Italian counterpart to Grifo S7.Anon. The same inhabitants of the Celestial Empire are still cheating with their WS-13, increasing its resource, Islamabad puts Russian FH-20 on the first 93 machines. 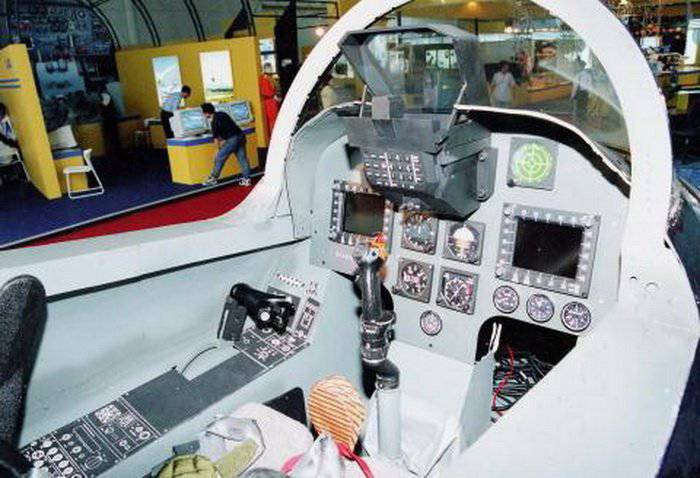 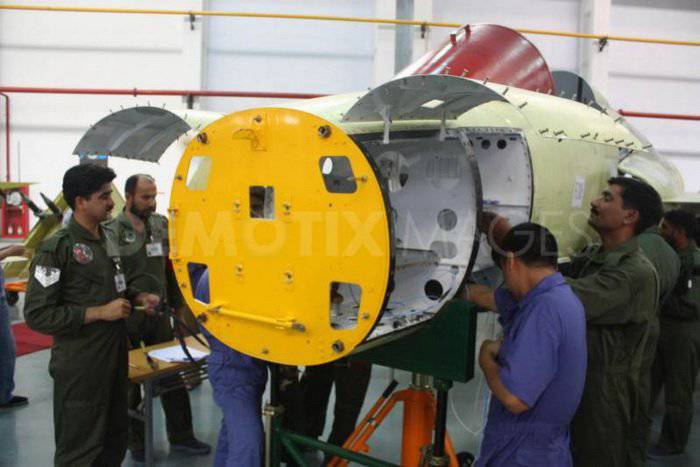 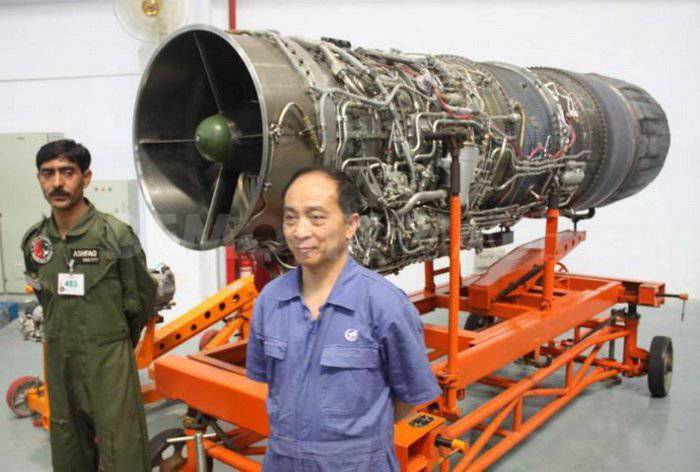 By the way, deliveries to Pakistan could have started earlier but the re-export of Russian engines was not urelegullified.
It cannot be said that their brains themselves do not cook. The laser warning system they made themselves. On the approach, a fully-fledged domestic avionics (4 + generation) developed with the help of the French, although before that the Chinese had been put. Aircraft will be named JF-17s.
Today, the aircraft has a simplified avionics and pulse radar.
JF — 17 is still quite a modern multi-purpose fighter. In any case, it can compete in the market with mastodons like the MiG-29 with the F-16С Block 35, JAS.39С and not only due to the price.
Although the price remains its main chip. If its competitor from the Indian side is worth 30 million dollars, then JF-17 costs only 17 million dollars, or even less, because this price was announced by the Azerbaijani side, which bought the 24 fighter.
By the way, the price of the MiG-29 in 2009-th year was equal to 28 million.
It was his price with fighting characteristics that provided this aircraft with a good export potential. Azerbaijan and Zimbabwe and another 9 have already acquired an airplane for “third countries”! countries have shown interest. (Bangladesh, Myanmar, Egypt, Iran, Lebanon, Malaysia, Morocco, Nigeria and Sri Lanka). 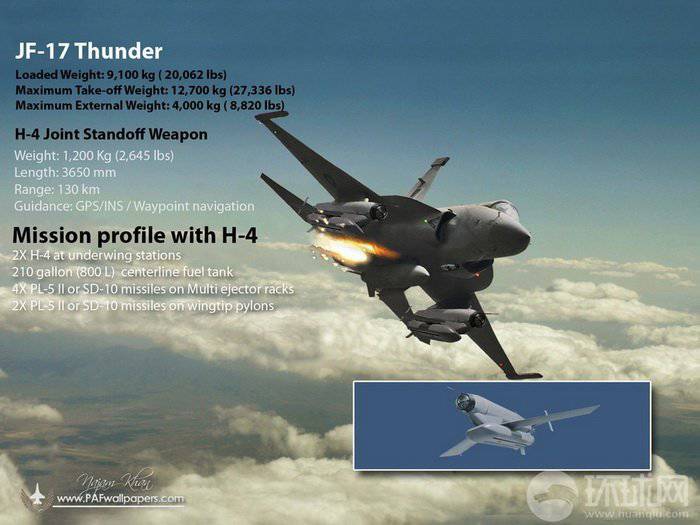 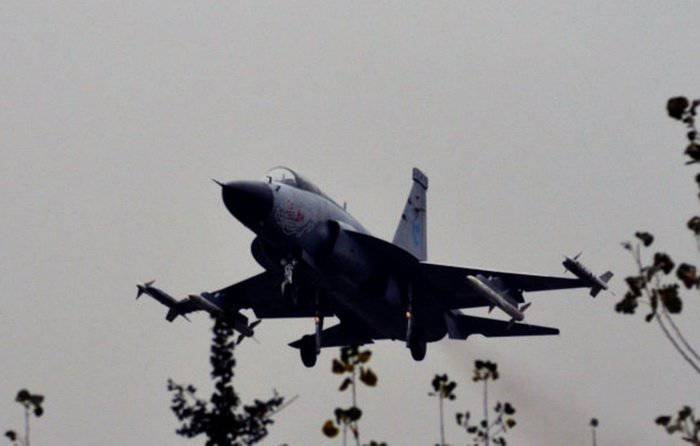 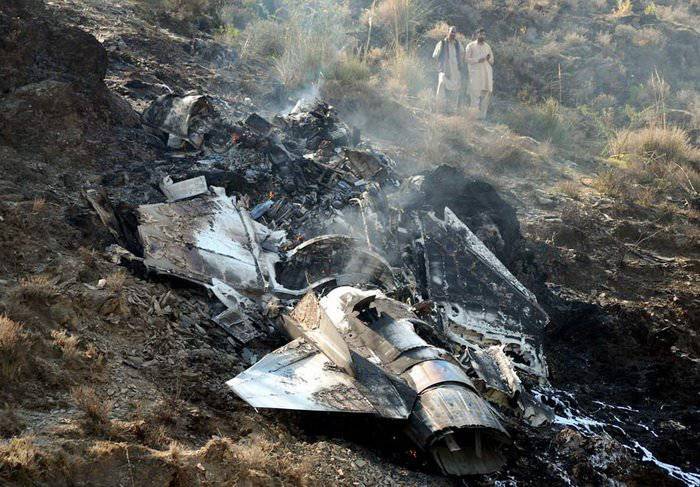 We will not torment with excessive technical parameters. I will cite samples from a comparative analysis.
... It must be taken into account that modern aviation this is just part of a highly maneuverable combat complex. Single air duels will also be rare, as well as individual tank collisions.
However, for amateur strategists, we simulate a similar clash. LCA Tejas Mk-2 and JF-17s. Patriots of their country tend to diminish the potential of the potential enemy, exalting their dignity.
With regard to electronics, FC-1s (JF-17s) has a clear advantage, however, these characteristics are decreasing due to the replacement of imported components with their developments
India also refuses to import, but by replacing it with equipment of the same quality.
The range of missiles used by the Pakistani fighter is worse than that of Indian aircraft. The big problem is caused by medium-range air-to-air missiles SD-10 (Chinese copy of Р-27). However, as it became known, Pakistan is negotiating with the Artem enterprise for the supply of missiles of this class (in July 2012, India also bought a large batch of P-23 (24), P.-27М, Р-73М missiles in Ukraine and Р-77 in Russia - editor's note).
Tejas except Russian-Ukrainian air-to-air missiles (although it says about American and French) can use the Israeli missiles Rafael Derby, and the French MBDA MICA-EM / -IR citizenship, as well as the domestic "Astra".
Radar equipment is approximately on the same level. Pakistan has decided to abandon the Chinese-made FAR in favor of the Italian radar, but if necessary, it can also install it.
Glider and wing are made with partial use of composite materials, which reduces its visibility
Both pilots have helmets with target designation and integrated weapons. The helmet of the Indian pilot (based on open editions) has a greater target angle.
Paper ratios to bomb load are approximately equal (4000 / 3800 kg), although due to their shape, LCA Tejas is less stressed with full weight. Its thrust-to-weight ratio is significantly lower (0,73 / 0,91), which allows it to be used as a fighter-bomber. At the Su-34 front bomber, this figure is equal to 0,72.
In a maneuverable air battle, LCA Tejas has the advantage, having a large wing area and a sweep change in the root bases, as a result it can withstand large overloads up to + 9,0 / -3,5 g against + 8,5 / -3,0 g

Hindus compare JF-17 with HJT-36 Sitara, which is fundamentally wrong. But this is their opinion.
The cost of operating both aircraft is at the same level of $ 4000 / 3000 per hour. But given the fact that Pakistan will be able to make more fighters, then this indicator will go to Pakistan as a plus.
The LCA Tejas fighter is intended to replace the hordes of MIG-21s (MF), but its exorbitant price has limited the order for only 40 aircraft to 2015 of the year. At the same time, Pakistan already has 41 fighter JF-17 (JF-17s) and plans to increase this figure to 2016 units by the 100 year. The truth here is to make a reservation that by the end of 2012, Pakistan had planned to have 50 such fighters by the end of the year. But the difference is essentially small
As can be seen from the above, no aircraft has a clear superiority over the other.
But the pilots of the Indian Air Force have twice the plaque than the pilots of the PAF. Therefore, you can only give preference to professionalism and hope that they will never see each other in real combat ...
Materials collected from the sites: Pakistan Defense Forum and DFI (Indian Defense Forum) 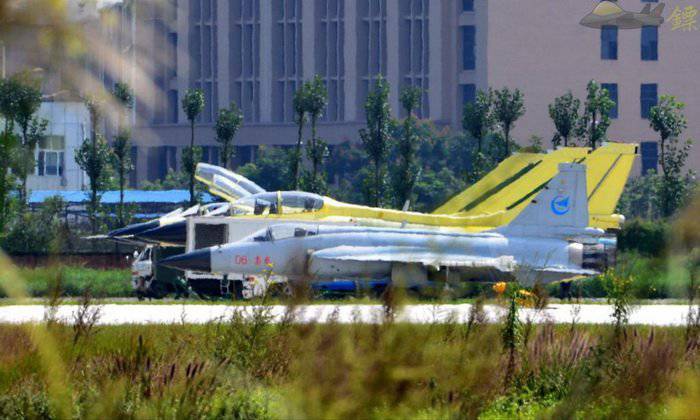 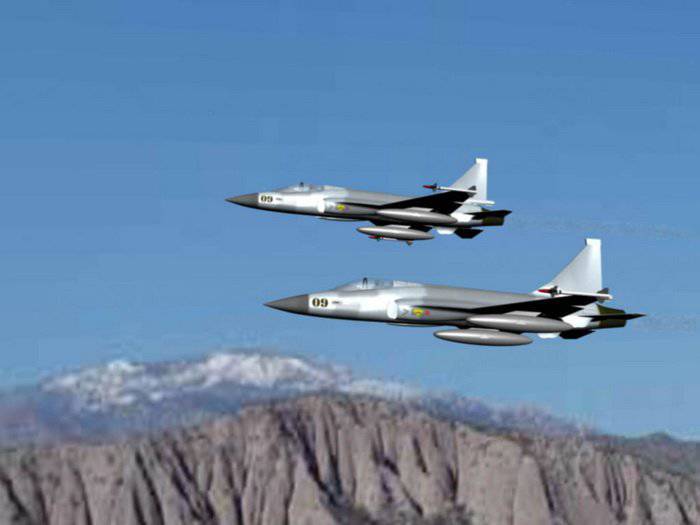 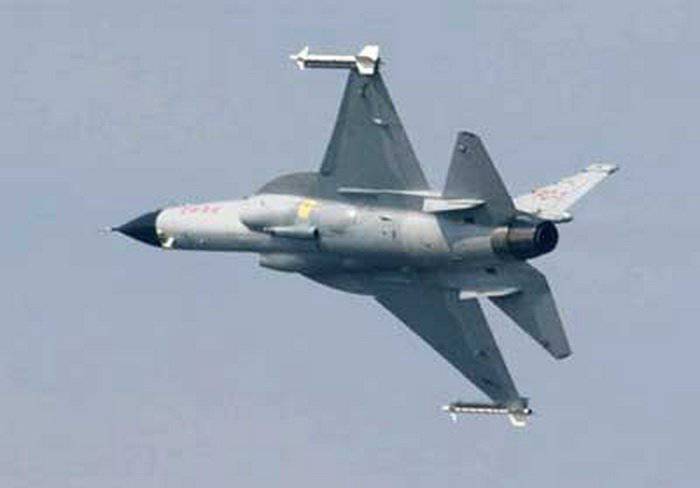 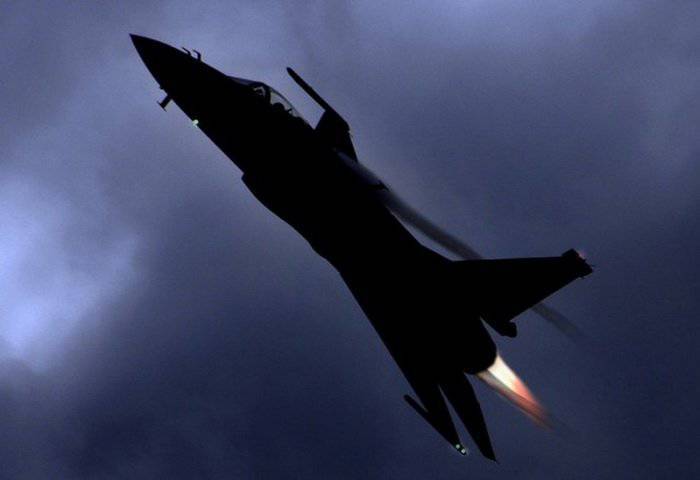 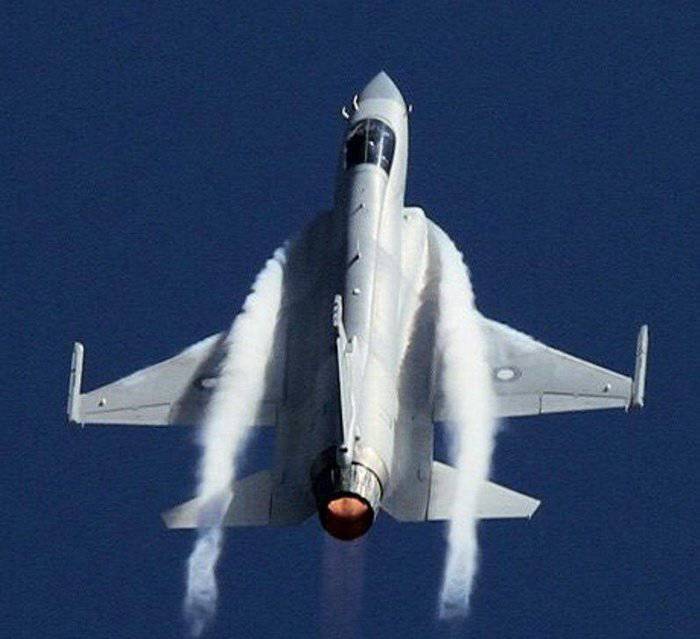 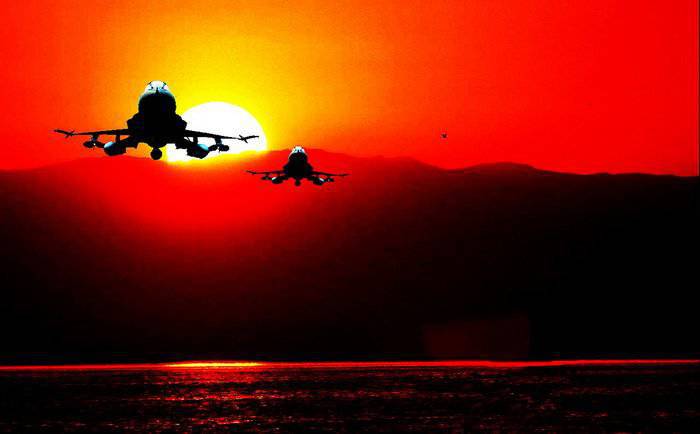