December 7 2012
99
In early December last year, the Iranian military reported on the successful interception of the American reconnaissance drone Lockheed Martin RQ-170 Sentinel. As it turned out later, the device was planted at the Iranian airfield with the help of some kind of radio-technical system, which allegedly "slipped" the false signal of the GPS navigation system to it. After that, the UAV itself sat in Iran, “thinking” that this is an American base in Afghanistan. Other details of the operation were not reported. A few months after the interception, the Iranian military declared that the trophy had been fully studied and the construction of its counterpart had begun. 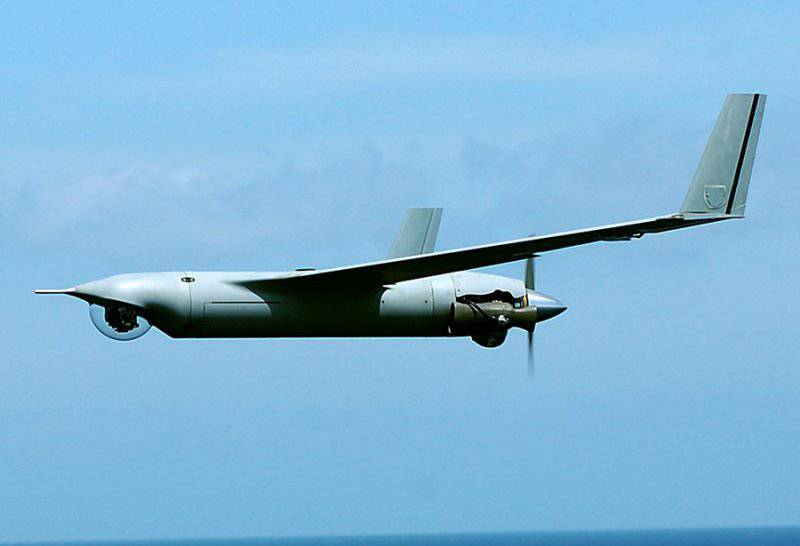 Ironically, a new message about the successful interception of the American drone came exactly one year after the previous one. December 4 Rear Admiral A. Falawi of the Islamic Revolutionary Guard Corps (IRGC) reported that an unmanned aerial vehicle Boing Insitu ScanEagle ("Scanning Eagle") fell into the hands of the Iranian armed forces. According to the admiral, the device was intercepted during the flight over the territorial waters of Iran. Like the Sentinel, ScanEagle was captured by swapping control signals and planted on an Iranian military base. Iranians believe that the intercepted aircraft was launched from one of the American ships that are now in the Persian Gulf. As proof of the vice-admiral's words, photographic materials were presented that captured a trophy drone and Iranian specialists.

Like last year, US officials are in no hurry to admit their involvement in the apparatus seized by Iranians. Moreover, they claim that all ScanEagle available are currently in place and there is nothing known about any losses during the flights. Also, the Americans emphasize the area of ​​flights of their UAVs: according to them, the vehicles never enter the territorial waters, and, moreover, do not fly over the land part of this or that foreign country. It is obvious that the Iranians do not agree with the official statements of the USA and call the intercepted UAV exactly the American one. The ambiguity of the situation is added by the fact that Iran’s ScanEagle does not have any identifying marks. This is a standard practice for reconnaissance aircraft, but the Iranian counterintelligence does not make it any easier.

UAV ScanEagle is a light flying platform designed to install various equipment, primarily for reconnaissance. The device is made according to the “tailless” scheme and has a swept wing with a span of 311 centimeters. In the fuselage length of 1,37 meter placed piston engine with a capacity of two horsepower, fuel tanks and a stabilized platform for the target equipment. The maximum take-off weight of ScanEagle does not exceed 20 kilogram, while the fuel reserve is enough for a flight lasting about a day. In flight, the drone can rise to a height of six kilometers. Despite the long flight time, ScanEagle has a range of just 100-120 kilometers. At large distances, he is not able to transmit intelligence information to earth. The main flight mode is automatic. Before the flight, route information is loaded into the memory of the device with reference to the coordinates of the route points. The drone makes a flight from one point to another, and the operator can change the flight program after launch or, if necessary, urgently recall it to the base. ScanEagle takes off from a pneumatic catapult, and lands using the SkyHook system (“Sky hook”). The latter works as follows: on the base (ground or on the ship) an 30-meter mast is installed with a cable fixed on it. The UAV automatically hovers over the cable and clings to it with a special hook. 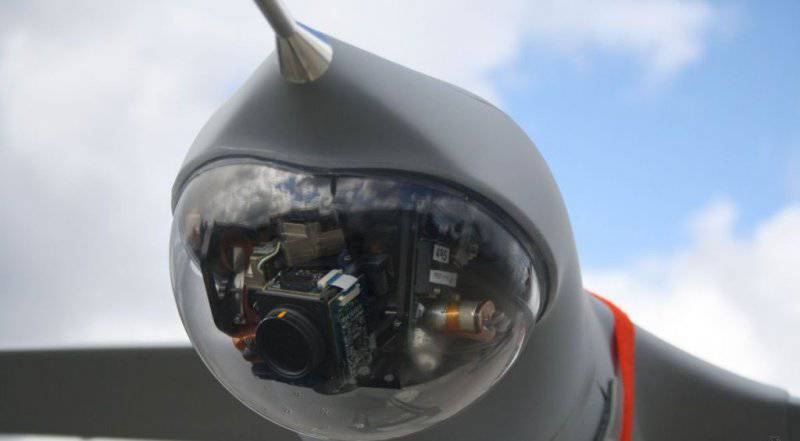 One of the most interesting moments of the ScanEagle project is a special miniature side-effect radar with synthetic aperture NanoSAR, operating in the X-band. With a weight of about a kilogram, this station is about the size of a small box for shoes. Transmitter power allows you to "view" the surrounding space at distances up to 3300 meters. In the latest modifications of the NanoSAR, a new computing complex was applied, thanks to which already processed information is sent to the control panel. Such an approach made it possible to reduce the amount of information transmitted and, as a result, to make the data transmission channel a bit more secure. If necessary, instead of a portable radar can be installed optical or thermal imaging system, but the main version of the target equipment is the NanoSAR.

Following reports of the interception of the American drone appeared news on the future plans of Iran. Apparently, the trophy was taken at least a few days ago: the Iranians, if you believe them, have already managed to analyze the design and decipher a number of secret information. The UAV itself may soon become evidence in a lawsuit between Iran and the United States. Minister of Foreign Affairs of the Islamic Republic A.A. Salehi declared an official protest, and also showed the possibility of recourse to international courts. It is not the first time that the United States has been accused of violating Iran’s air borders, and official Tehran is not going to be satisfied with apologies alone, not to mention its reluctance not to let the case go.

However, litigation is not the most serious threat that Iranians may be unhappy with the flights. Just a few hours after the first news of the interception of the ScanEagle apparatus in the Iranian media, there were reports that Iranian specialists managed to hack software protection systems and decipher some secret information that is directly related to both the UAV’s technical part and its practical application. Thus, regardless of the outcome of the court sessions, Iran has one weighty argument. In fact, nothing prevents Tehran from publishing the data. It is not difficult to guess what the consequences of such a publication.

Among the victims of a possible publication may not be only the United States. The fact is that ScanEagle drones in limited quantities were delivered to Canada, Colombia, the Netherlands and other countries. There is unconfirmed information about the presence of such devices in Saudi Arabia. If this is true, then the situation with the intercepted ScanEagle takes on an even more interesting look. Relations between Tehran and Riyadh have deteriorated badly in recent years, so the drone could have been launched by Arabians. However, in the light of recent political events in the Middle East, for the United States, the United States is a more "advantageous" adversary, which determines the words of Iranian officials.

At the same time, there is no accurate and reliable information regarding the presence of ScanEagle in Saudi Arabia. So the intercepted device could really belong to the Americans. As for US statements regarding flying only over neutral waters, given the range of the NanoSAR radar, they look like real excuses: while above neutral waters, ScanEagle can only monitor ships that are far enough offshore. Of course, there is no question of any reconnaissance of coastal objects.

The fact of intercepting a foreign drone created by leading world-class companies says a lot about the level of development of Iranian technologies. It seems that Iran, independently or with somebody’s help, was able to make practically applicable equipment to counter UAVs. It is noteworthy that on the account of the Iranian fighters of the radio engineering "front" there are already two American drone planted and taken as trophies. To justify the United States, it should be said that they, too, are working in this direction. In the summer of this year, employees of the University of Texas presented to the world a device called the GPS Spoofer ("GPS Deceiver"). It is designed to silence a real GPS navigation signal with a false one. The unmanned vehicle, not receiving real satellite signals, begins to navigate according to data from the "Spoofer". Thus, the drone can be led away from the real base and lead to its object. Of particular interest is the fact that Texas scientists assembled their GPS Spoofer from commercially available components.

The experience of American scientists confirms the practical possibility of intercepting unmanned aerial vehicles. So the Iranians are quite capable of not only detecting other people's UAVs, but also landing them on their airfields. Therefore, Americans, Arabians and other enemies of Iran should reconsider their views on the use of UAVs, otherwise the list of trophies of the Islamic Republic can be replenished with new flying exhibits.