Where do Mi-8 and Mi-17. Kazan Helicopter Plant

December 6 2012
9
The plant was founded in 1933 year, as a woodworking enterprise, later called plant number 387.
In 1941, he began production of the Po-2 biplanes. The number of Po-2s released during the war years exceeded 10000 airplanes, making up 10% of all airplanes produced in the Soviet Union during World War II.

Slava again published the most interesting photos from the Kazan Helicopter Plant- gelio-nsk.livejournal.com/180576.html It is always interesting to know the details about working a large enterprise. By tradition, I dragged to my place an interesting thing about Live Journal about Kazan.
An interesting comment in his post: "These are the most popular / sold helicopters in the world in their class. Perhaps 2 is the Russian product after oil for export popularity." 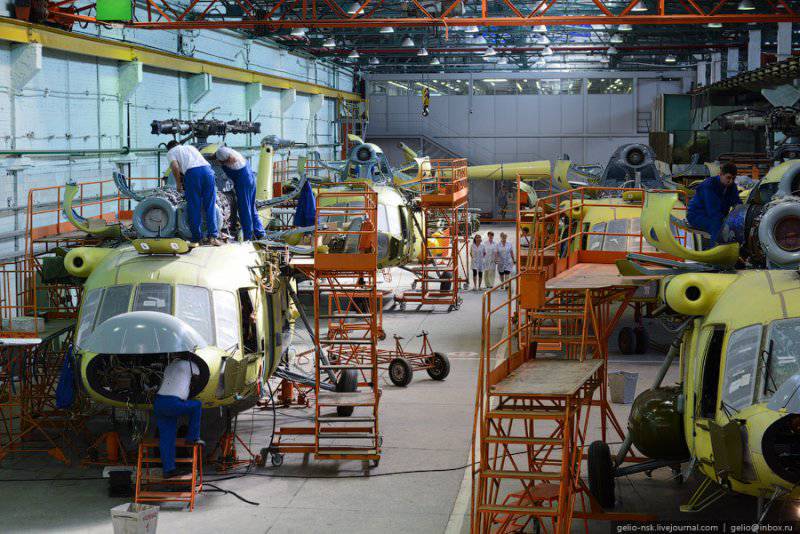 Kazan Helicopter Plant OJSC is a manufacturer of Mi-8 / 17 family of helicopters that is part of the Russian Helicopters helicopter-building holding. The plant carries out a full cycle of creating helicopter technology from development and serial production to after-sales support, personnel training and repairs. For all history the existence of the company more than 12 000 helicopters Mi-4, Mi-8, Mi-14, Mi-17, "Ansat" and their modifications delivered in 100 countries of the world. 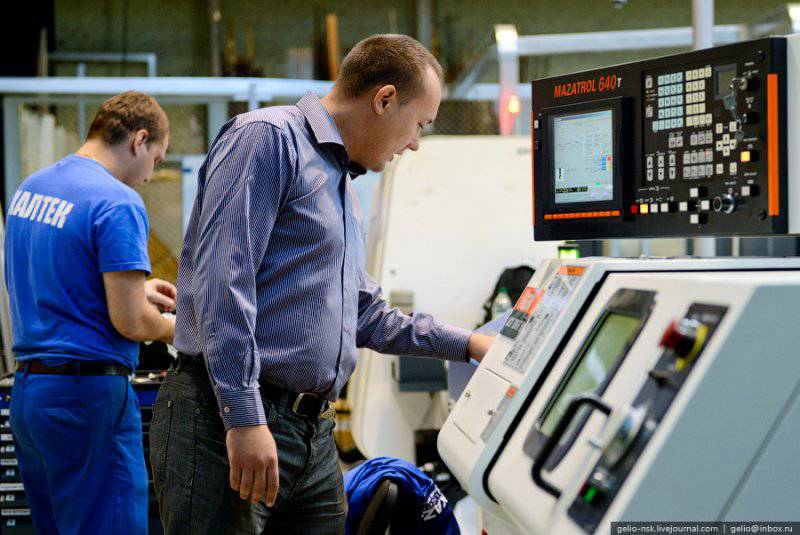 The turning shop is equipped with machining centers of the Japanese company Mazak. 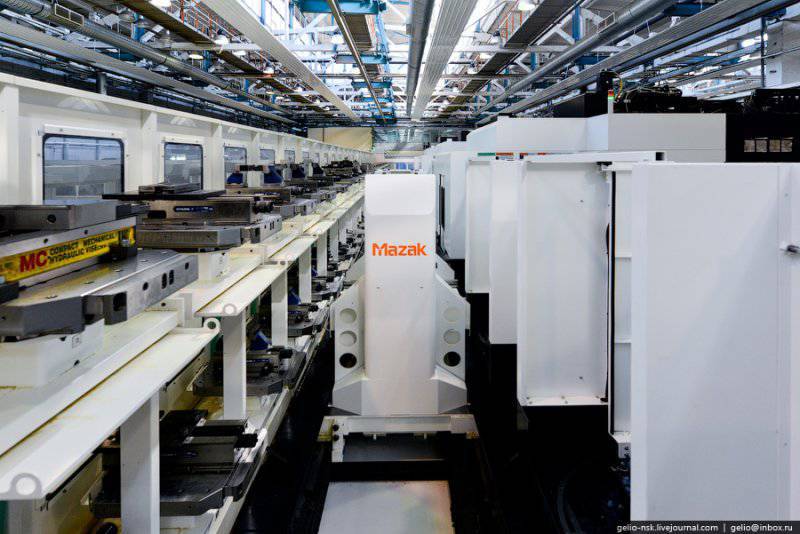 Transporter on an automated line 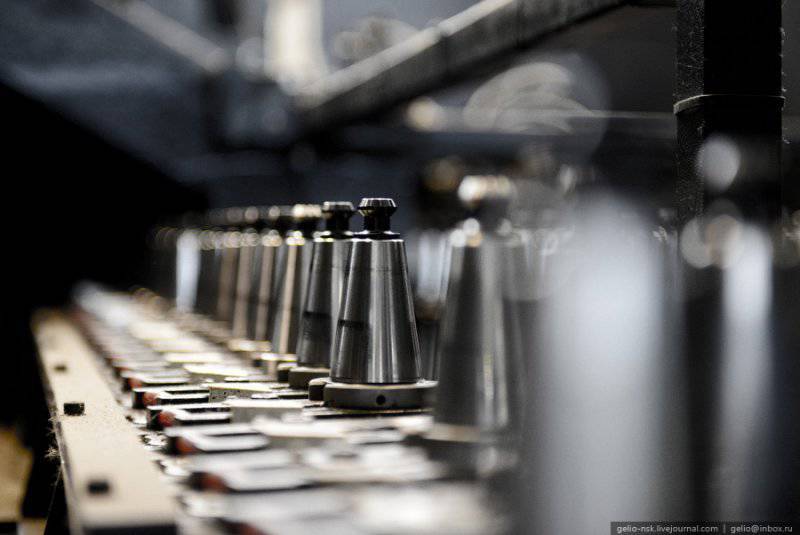 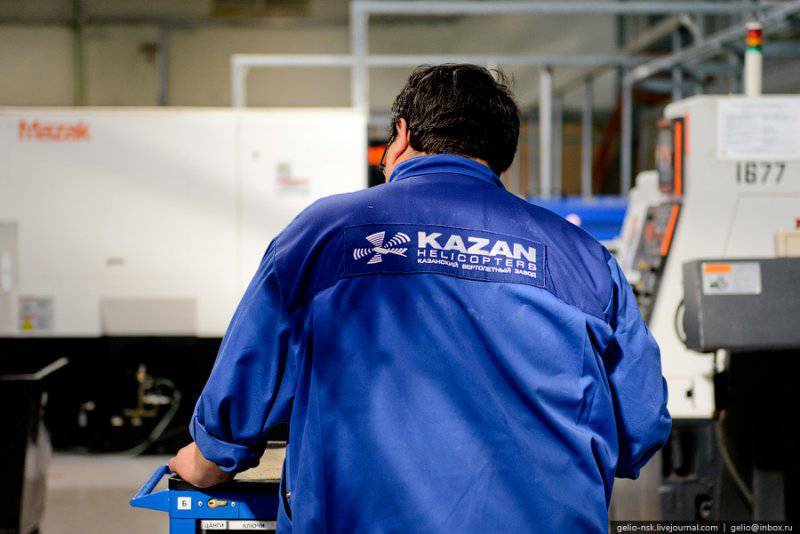 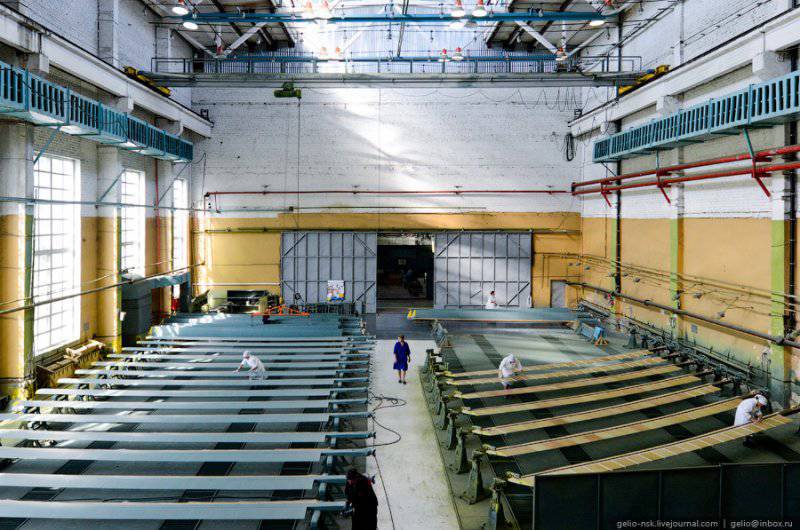 Paddle production
Kazan Helicopter Plant is the only enterprise in Russia and in the world that produces blades in three fundamentally different technologies: the manufacture of metal blades, composite blades by winding and laying. 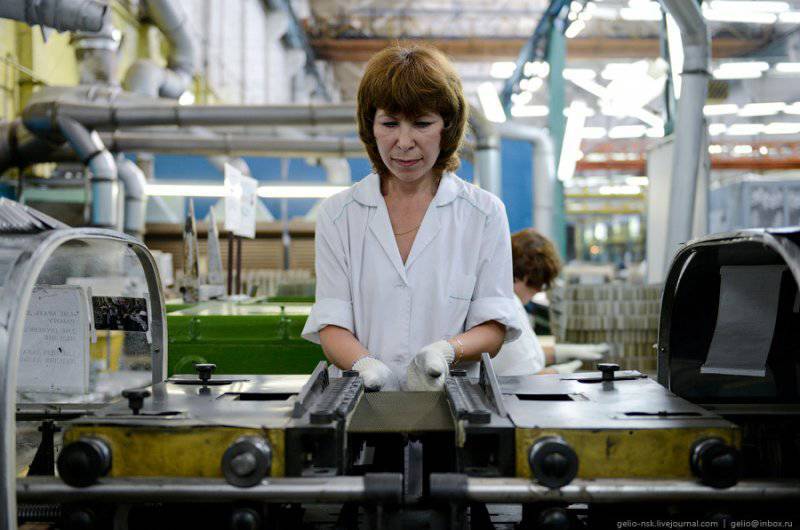 Production of metal blades.
The basis of rigidity laid the frame in the form of honeycombs. Stretching cell block. 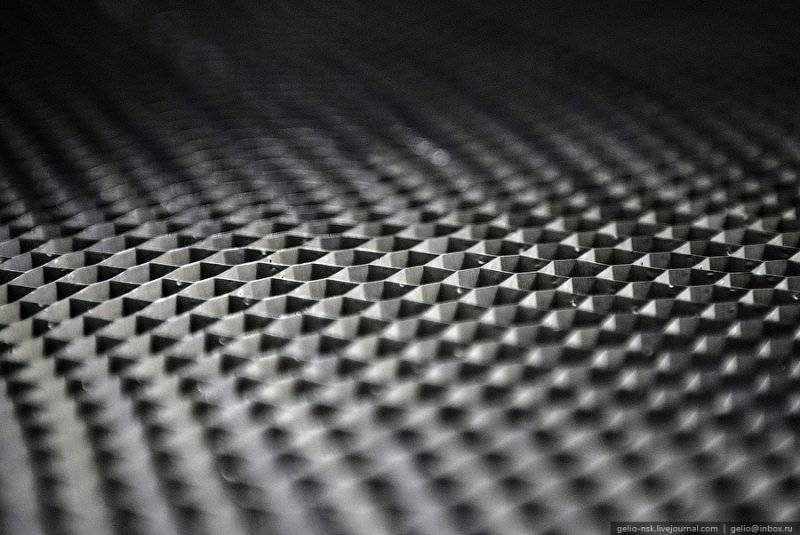 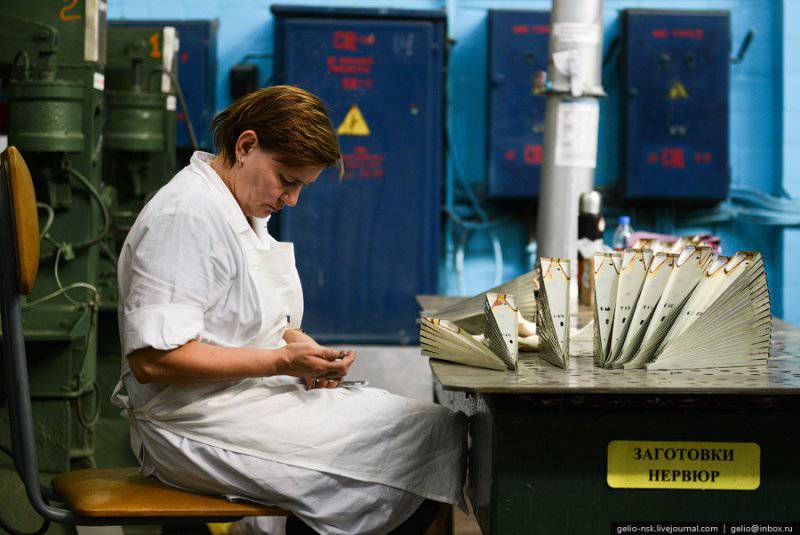 Ribs
This is an element of the transverse force set of the frame of the blade, designed to give them a profile shape. 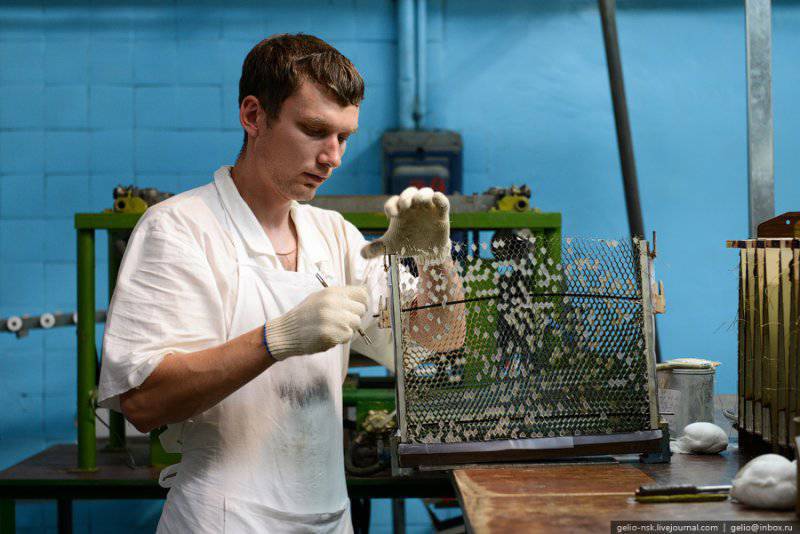 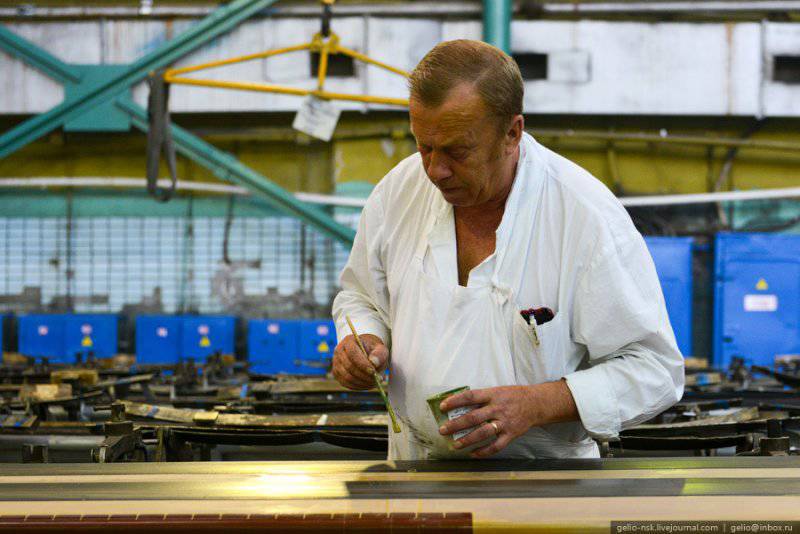 Primer application on the side member 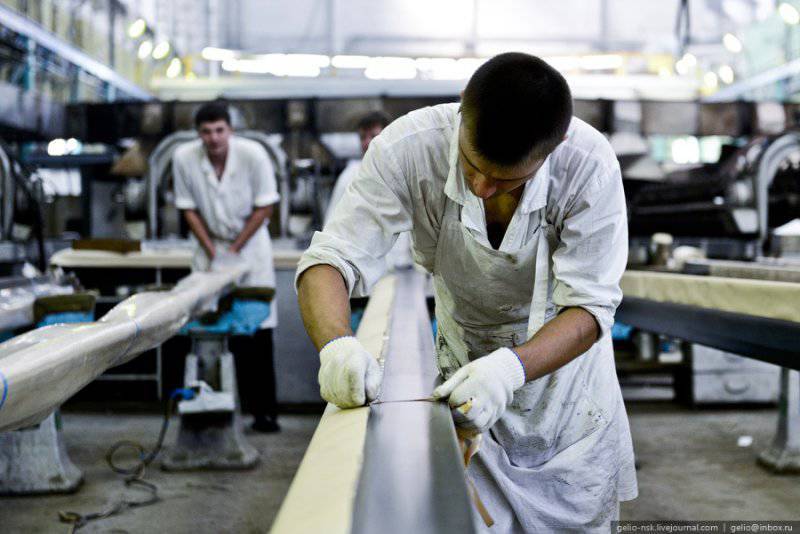 Trimming the adhesive film during the assembly of the heating pad 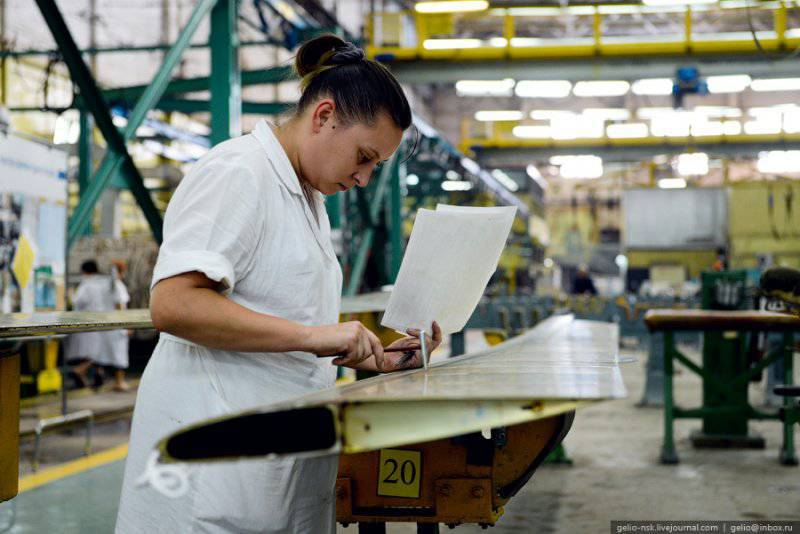 Checking the quality of adhesive bonding tail compartments with spar 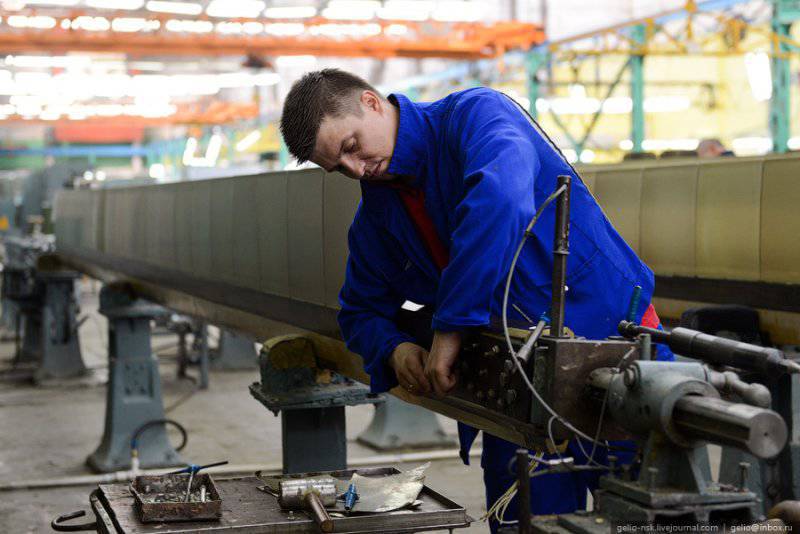 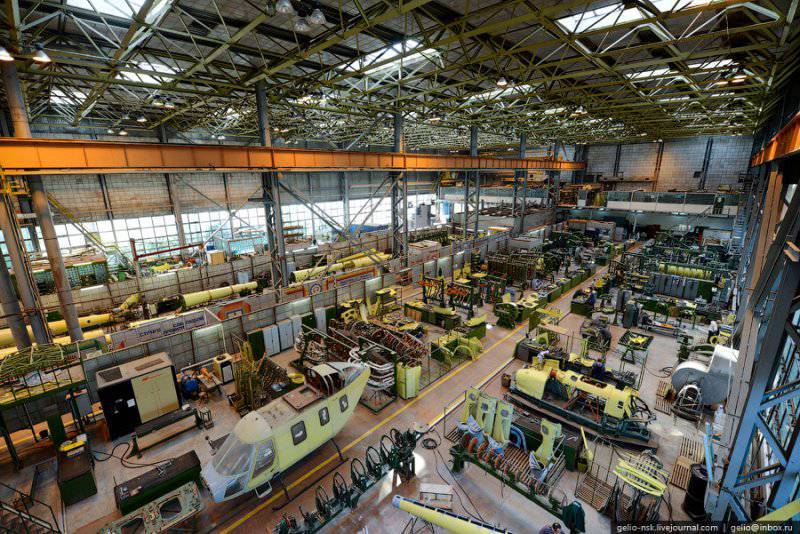 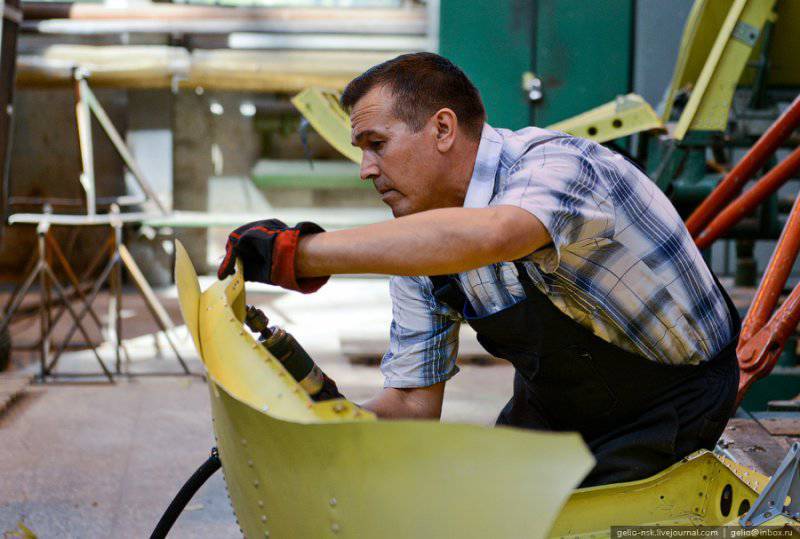 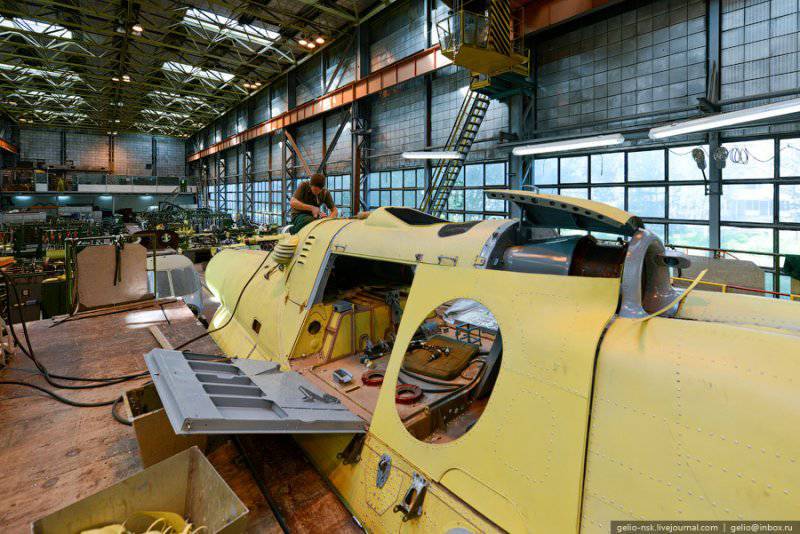 The upper platform of the installation of the hood of the power plant on the fuselage. 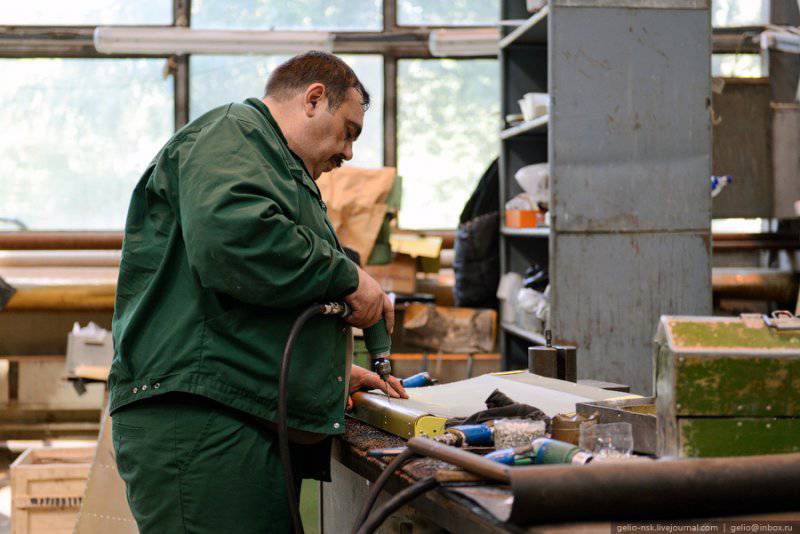 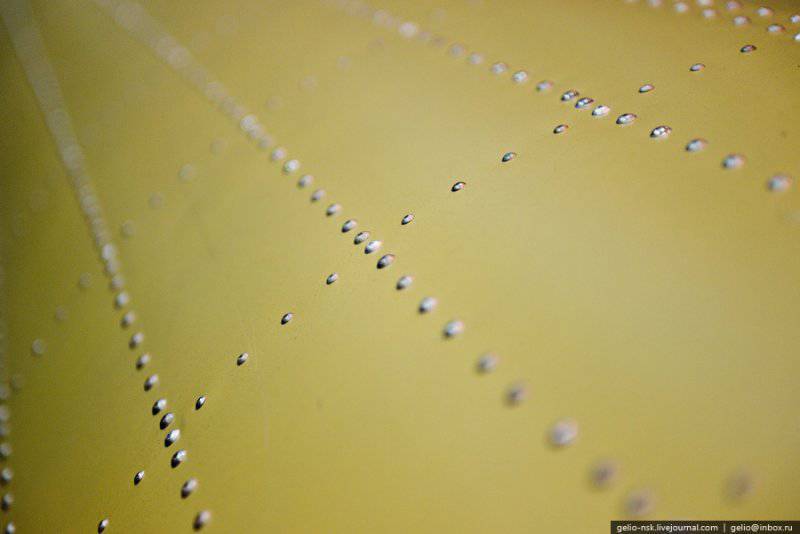 Riveted seams on the surface of the tail boom 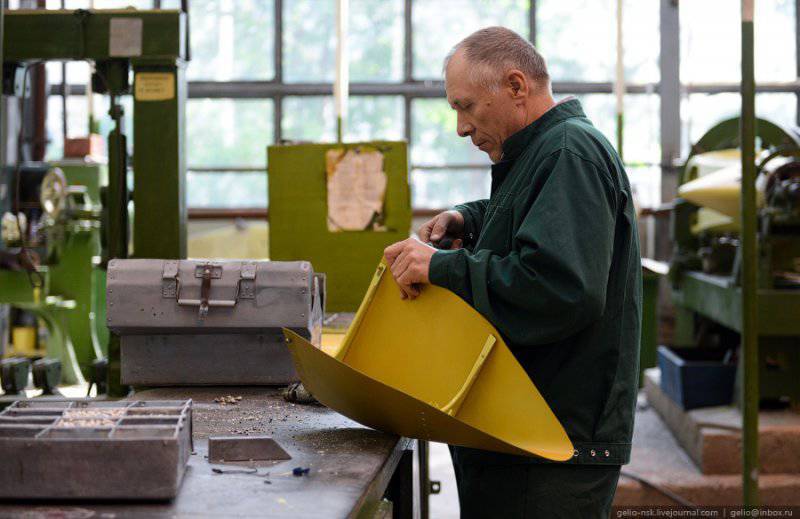 Assembly and riveting of parts (components) of the end beam 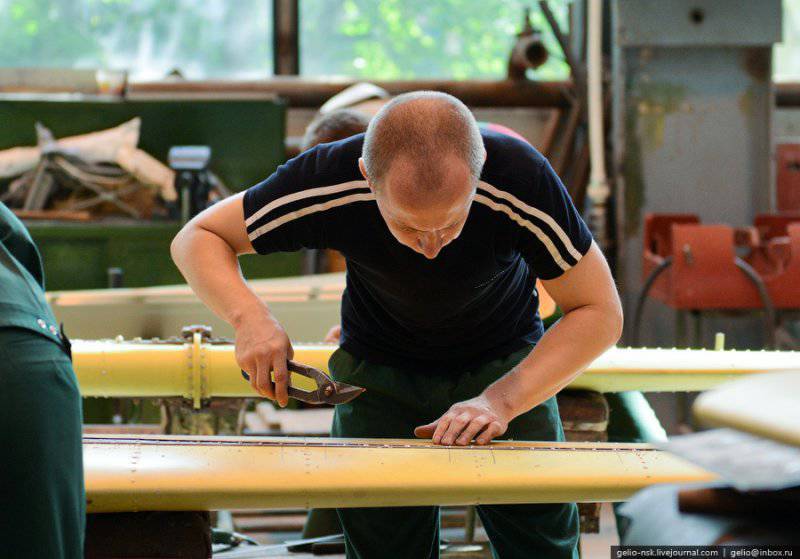 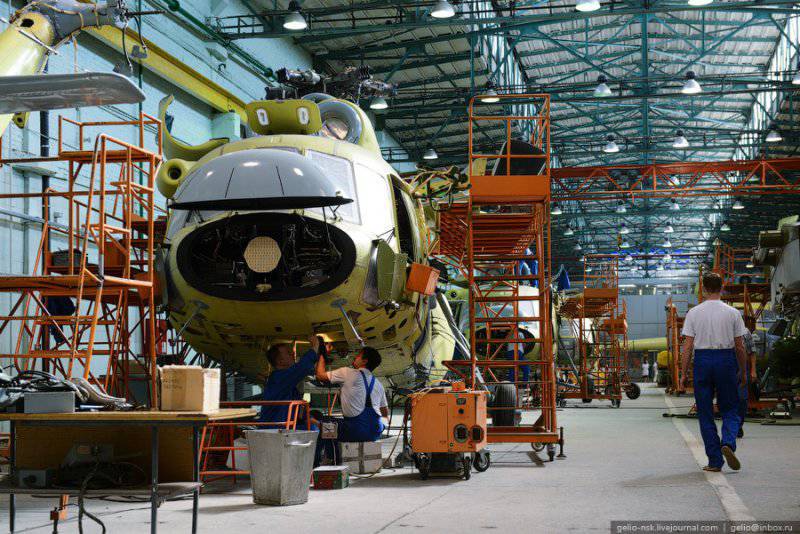 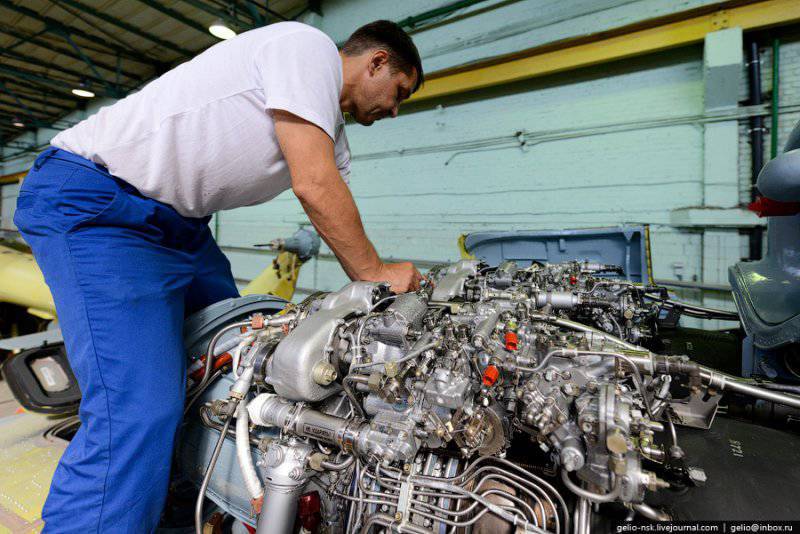 Installation of harnesses in the engine compartment 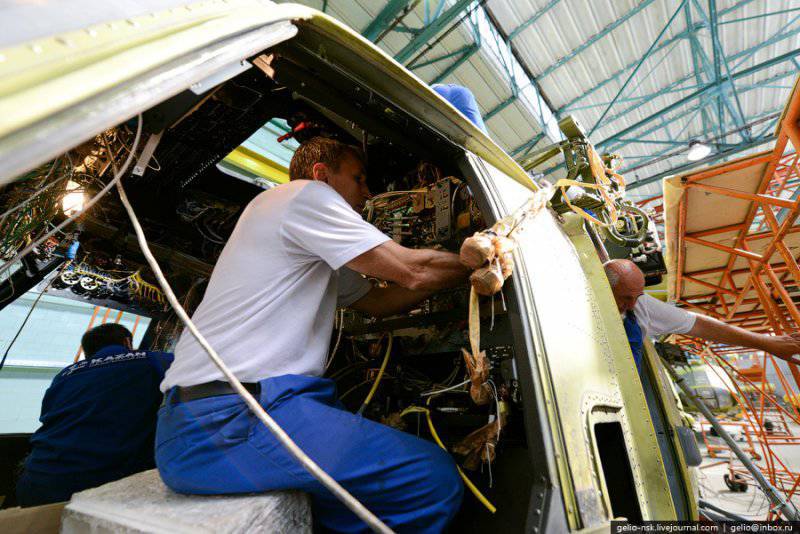 Installation of harnesses on the cockpit 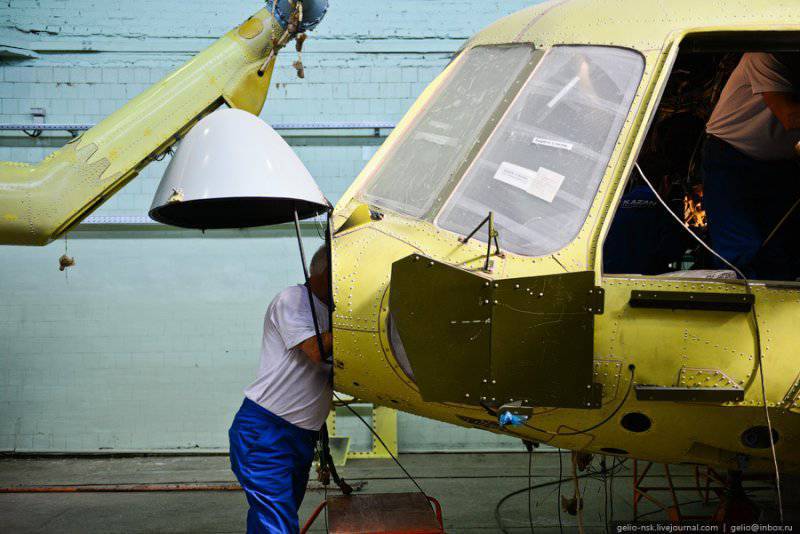 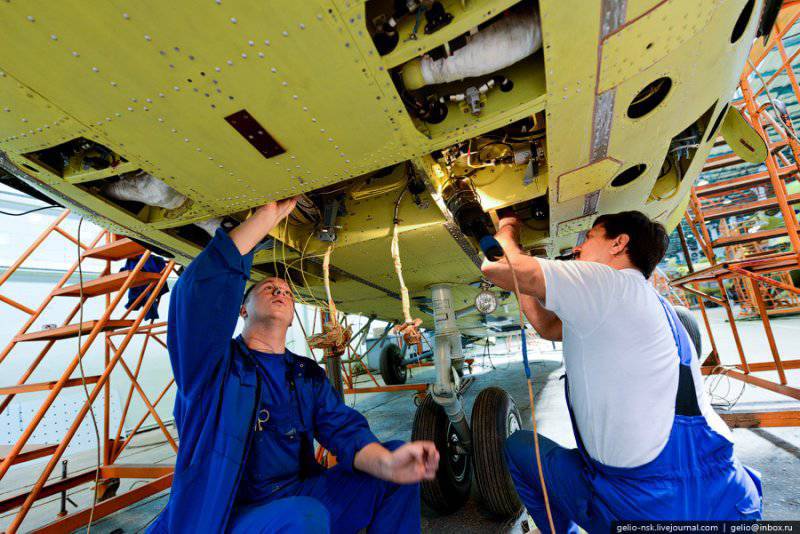 Installation of harnesses under the floor of the load box 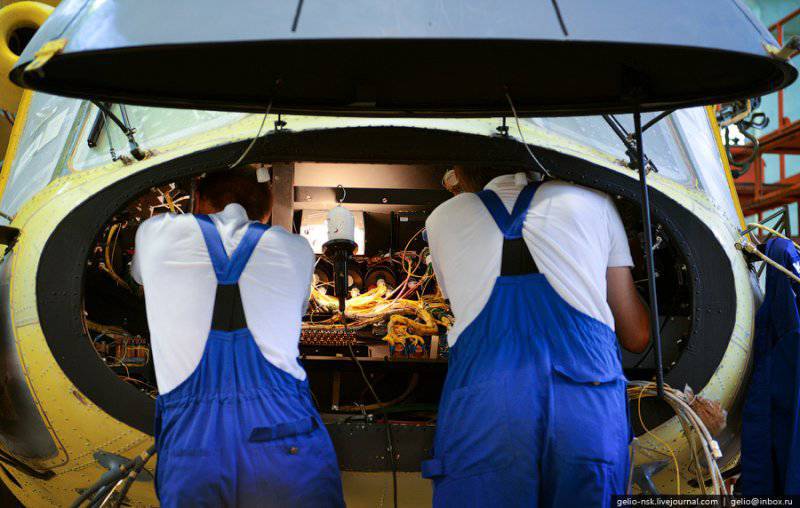 Installation of a single dashboard 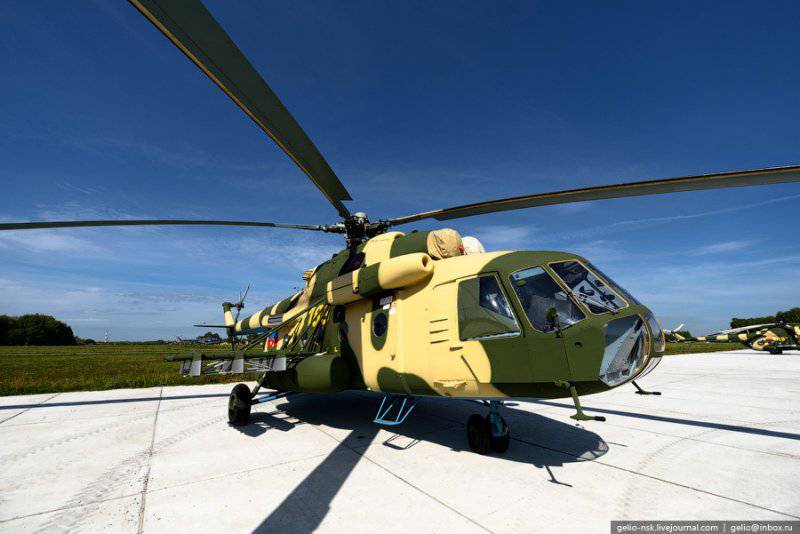 Russian-made helicopters made in Kazan, a total of more than 50 million flight hours flew around the world.
For example, this Mi-17B-5 will fly to Azerbaijan ...