The military-industrial commission is discussing the formation of the 2013 State Defense Order: Did Minister Shoigu accept the ultimatum? 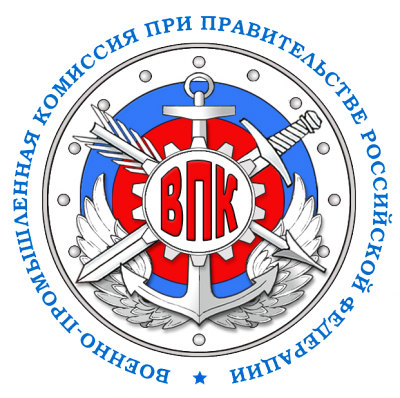 5 December 2012, Deputy Prime Minister of the Russian Government Dmitry Rogozin, holds a meeting of the Military Industrial Commission, at which it is planned to discuss pressing issues on the formation of the state defense order. This is perhaps the first serious discussion of the GOZ at such a high level with the involvement of a large number of experts after the post of Russian defense minister was taken by Sergei Shoigu. The outcome of the meeting of the military industrial complex, which is headed by Rogozin, largely depends on what laws the defense order will be formed in our country in the near future. Obviously, the old schemes have completely discredited themselves, and in order not to be unfounded, one can cite talking numbers:

in 2009, the state defense order was fulfilled by about half of the planned volumes, in 2010, the implementation corresponded approximately 70% negotiated rateIn this case, 2011 can be called more or less positive, because the implementation of the SDM was able to reach almost 96,3% (according to the reports of the Ministry of Defense, of course).

Of course, there is growth, but if we take into account the ambitions that the state has in terms of modernizing the army, re-equipping it and changing the very principle of picking to increase efficiency, even 3-4%, let's say, an incomplete state defense order can significantly slow down the modernization program itself. In principle, it is possible to move the dates for the end of modernization from 2020 to a later period, but this can hardly be expected. Why? Yes, because any delay in updating the army as the basis of the country's defense will cause negative emotions and questions of the following nature: “What prevented you from modernizing 10-12 for years when allocating such substantial funds?”

It is about what prevents properly mastering the funds allocated from the state budget, and why the military department of the country can’t really agree with the manufacturers and the discussions are held at the meeting of the military industrial complex. It should be noted that the meeting was preceded by a discussion of the problem of importing weapons for the Russian army during a meeting of the Public Council under the MIC. This meeting took place on Monday and discussed issues related to the analysis of the feasibility and effectiveness of both those purchases that have already been made from foreign manufacturers and plans for new deals on military equipment with foreign partners.

The assembled military experts and specialists in the design of military equipment subjected the Defense Ministry’s plans to purchase certain foreign-made military-technical samples to harsh enough. In particular, Italian Iveco (“Lynx”) armored cars were once again criticized, the Russian military department plans to purchase 1700 units. This time, the criticism boiled down to the fact that Lynxes did not complete a full course of testing in Russian conditions and, accordingly, military experts simply did not have the opportunity to study in detail the advantages of these machines over domestic Tigers, if this advantage exists at all. Yes, and the price of Italian armored military vehicles is not in the example above the price of the Russian "Tigers": "Tiger" costs about 5 million rubles, but the Italians sell their products already on 18-20 million ...

With a new portion of the critics, those gathered spoke about the Mistral helicopter carriers, about which Russia was buying from France and broken without a lot of copies. It turned out that the Ministry of Defense does not yet have a clear plan for the use of these, to put it mildly, not cheap ships. And if it is planned to deliver the Mistrals to the Pacific Fleet, then what tasks will helicopter carriers in this region perform? - sowed rhetorical questions gathered at a meeting of the Public Council under the MIC.
The Israeli drones, which are also planned to be procured for the needs of the Russian army in considerable quantities, were also delivered.

As a result, everyone agreed that import is not even bad at all, but it would be better to use foreign knowledge, technology and experience instead of bulk purchases of technical units. It is one thing when it comes to purchasing individual pieces of military equipment to make a thorough analysis of it and use the knowledge gained to create its own counterparts that can outperform a purchased prototype in terms of efficiency, and it’s quite another to be totally dependent on a foreign manufacturer. After all, if we conduct purchases of military equipment from foreign manufacturers in large volumes, such a dependence will be formed by itself: maintenance, repair, delivery of spare parts, etc.

However, such results of the meeting of the Public Council under the MIC run counter to the opinion expressed not so long ago by Sergei Shoigu. The Minister of Defense, having received information that Russian manufacturers of military equipment often cannot explain why the prices of their products sometimes take off several times in just a couple of years, stated in a rather sharp form that this cannot continue. According to Shoigu, if further pricing in the production of units of military equipment will be opaque, the Ministry of Defense will continue to actively buy equipment from foreign manufacturers. To some extent this can be called the Shoigu ultimatum, which is now being discussed by the manufacturers of equipment. They say that this is Shoigu seriously, or the minister is bluffing - he takes it "weakly".

And in any case, be that as it may, manufacturers will still have to disclose their cards, because otherwise many of the “unrevealed” risk losing state financial support. The reason is that not every manufacturer prefers to provide comprehensive reports on the financial costs of the production of a military product. Indeed, complete transparency in this matter may deprive interested parties of additional income. That is why it so often turns out that they signed a contract last year, for example, for a billion rubles, and this year they need to enter a line on unforeseen expenses for another couple of billions. Here you have an increase of 200% with the declared inflation of 7% in 2012 ... And with the question: where did this disproportion come from, can they safely answer: this is a military secret, and therefore do not ask.

As a result, two practically irreconcilable parties (buyers from the Ministry of Defense and sellers from the defense industry) have to sit down at the same table again and begin intimate conversations about the formation of the state defense order for the next year. For obvious reasons, many people have a keen interest in such conversations: from an ordinary Russian citizen concerned about the effectiveness of the Russian army to the president. The whole intrigue is how much each of the parties is ready for concessions, how much space is allocated for maneuver. If common sense prevails, it will be possible to talk about a new era in the formation of the state defense order, but if we are again shown that the agreements were not fully reached and we need to wait a little longer, then there is a risk of a feeling of deja vu.